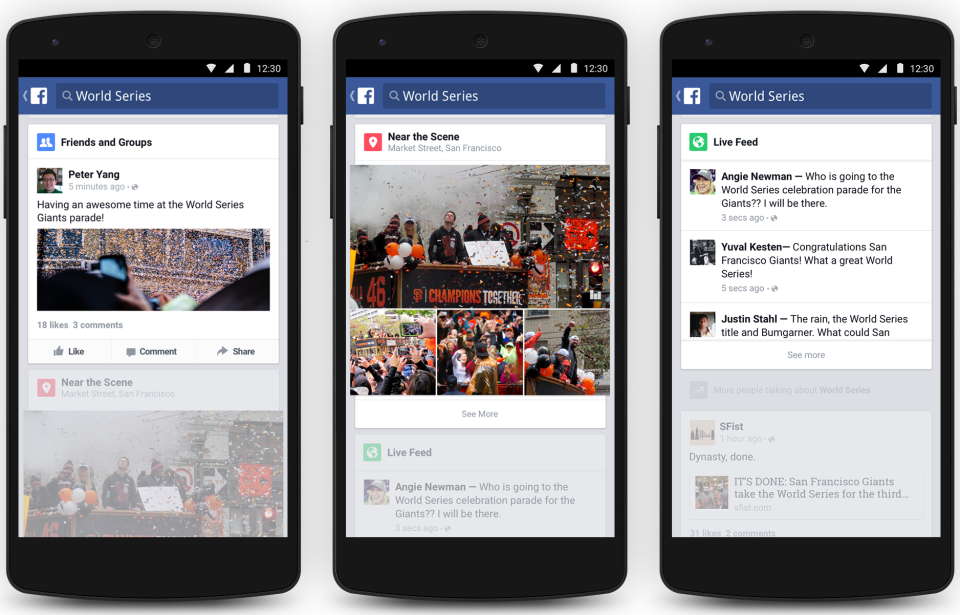 Oh Facebook, the app everyone loves to hate. Yet it has one billion installations only in Android. With Facebook being so ubiquitous and recognized throughout the world, many figure that it is a necessary evil. However, it is notorious in the Android world for being bloated, slow, data-intensive, and battery-hungry. It is the prime example of a “jack of all trades, master of none” situation.

With more stuff being added to it each day, such as the Explore tab, Marketplace tab, recommendations, and loads of ads, talented developers throughout the world have tried to capitalize on the huge mess by providing apps based on the mobile web version of Facebook. These apps, normally called wrappers, try to bring the Facebook experience to the essentials and leave the heavy, less useful features of Facebook behind. Let’s go throughfive of the most popular alternatives for the Facebook app.

If you ask around for a Facebook app alternative, there’s at least one person who will mention Metal. Frankly, it is easy to see why. Metal boasts a beautiful, customizable interface fully compliant with Material Design (at least, the navigation drawer and the tab bar are) that adds a dark theme for those AMOLED users out there. This app is based on the hugely popular app called Tinfoil, which is one of the most well known wrappers around. It’s full of features, stable, and constantly updated.

There’s even something called the Metal Bar, which is a persistent notification with buttons for the news feed, friend requests, messages, and notifications. One tap to these buttons opens a floating window immediately with the content you requested. No need to get into the app itself!

Finally, the developer is also delving into Twitter support, so that there’s no need to have two separate apps for the two social networks. Pretty cool stuff.

Download and install Metal from the Google Play Store.

Another of the most widely known wrappers is Swipe. This app has so many features that it even tries to emulate the chat heads provided by Facebook Messenger (that app is another bloated mess, by the way). Even though I like Metal’s interface a bit more, the main draw of Swipe is how close it looks (and works) compared to the official Facebook app. If it wasn’t for the useless Stories feature on the top of the official app, Swipe would look almost exactly the same.

However, if you want to change the interface to your liking, you can do so. There’s the option to change the position of the tab bar, make it look a bit more like Facebook for iOS or even adopt the Google+ interface. There’s also several colors to choose from, in case you don’t fancy blue.

Also, if you are looking for a replacement of both Facebook and its Messenger counterpart, then Swipe lets you turn on (poll) notifications for both. It also has multi-account support, in case you were wondering.

Download and install Swipe from the Google Play Store.

This app has been going up the recommendations list lately, thanks to its very nice interface (that bottom navigation bar is absolutely beautiful) and several useful features, such as multi-account support, Messenger notifications, an ad blocker, and AMOLED mode. I tested it for a few days and the app runs surprisingly smoothly, notifications are reliable, and the app overall felt like a really solid alternative.

One of the nicest things of this app is the possibility of changing the interface of Facebook instead. Remember, these apps use Facebook’s mobile site for showing your feed, so there is only so much that you can do around it. However, Friendly lets you change the color of the interface and even lets you increase/decrease the font size.

There’s also a cool option that lets you highlight (or hide) a specific word through your Facebook feed. In case you want to avoid spoilers of your favorite TV show, this feature can work wonders for you.

Download and install Friendly from the Google Play Store.

Put Metal and Swipe in a blender and you’ll get Simple. This app provides a beautiful, blazing-fast interface that closely resembles Facebook, and adds a cool navigation drawer to access your favorite sections with a couple of taps. It also lets you change the color of the app, and, similar to Friendly, lets you change the background color of the content.

Simple provides the option for removing ads, as some of the other apps, but it curiously comes with an option to remove the status update bar. That’s because it has added a floating action button to the main screen. Sure, other apps in this list also have them, but in Simple, that’s the only way of updating your Facebook status (unless you change it in the settings). Even though it is a small thing, it makes the app feel more native than the other options.

It also adds the possibility of browsing your Google+ and Twitter accounts from within the same app, although they are basically just a shortcut to the mobile page. There is no actual integration with the rest of the app.

Download and install Simple from the Google Play Store.

Oh, the irony. Facebook actually recognized that their main app is a bloated mess, so they released their own version of a lightweight Facebook app. When they called it Lite, though, they weren’t joking. This app’s download size is less than 2 MB, and is primarily aimed at low-end Android phones that can’t afford to have an app taking almost 200 MB of space. Also, it consumes very little data, ideal for those who have to micromanage their precious megabytes.

If I had to choose a word to describe this app, it would be fast. This is the fastest app out of the whole bunch. Unfortunately, you are facing a trade-off between a lightning-fast experience and a pretty one. This app is all about functionality, not looks. If you are fine with that, then this is probably your best bet, since it is frankly impressive how quickly everything loads here. I wonder why something similar is not used for the normal Facebook app.

The caveat with this app is that it’s available in some countries only. And guess what? The United States isn’t among them, unfortunately. However, if you live in one of the countries that Facebook has deemed as suitable for their Lite app, then you should give it a go.

Frost is still, at the moment of writing, in beta stage. However, it already looks very promising. Its interface is kind of similar to Swipe, but with a more organized navigation drawer. One of the most advertised features of Frost is its semi-transparent interface, in which the app adopts the background picture of your phone and overlays the Facebook interface on top, with matching colors and everything. It’s an impressive feat, and, provided you have a cool background picture, looks awesome.

There are already tons of options, such as the ability to change the navigation bar’s position, Messenger support, ad blocker, and animations. A lot of animations. This is the best looking app out of the list thanks to the amount of subtle but gorgeous animations. It’s worth to keep an eye on it, since it can quickly become a contender.

Also, it’s an app currently in beta, but I haven’t experienced a single bug or crash once. Definitely a good sign.

Download and install Frost from the Google Play Store.