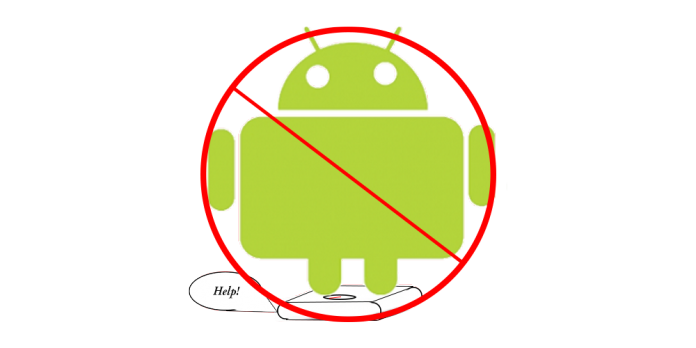 The story of carrier bloat is as old as Android itself. When AT&T had the exclusive on the iPhone, Verizon and the other carriers had to answer with something that could compete. It’s actually a curious thought as to whether Android would have grown like it did in the US had the iPhone not been a carrier exclusive for over three years, but I digress… It could be argued that in the beginning, carriers (and OEMs) were adding value by including their suite of apps (and app partners) on Android phones.

These days, though, most of the apps that are included by carriers are unwelcome (for some people, even Google apps are pushing the envelope). Fortunately, we still have a fervent development community that works tirelessly to make our overall experience on Android phones ever-better. Recently a tool was released on XDA by recognized developer gatesjunior that is aptly called “Debloater.” In case it isn’t self-evident, it is designed to remove carrier bloat without root!

The fact that it doesn’t use root (on Android 4.4+) should probably help you to realize that it doesn’t actually remove the apps. What it actually does is run a command that blocks the application at a system level, very similar to what disabling the app does. Or more precisely, as the developer says,

“It will disable / block any system and third party application on your device with ease and allow you to enable / unblock the application just as easy. It also reads everything, real-time, directly from your device, so that there are no messy batch files, scripts and txt files, etc. that you have to maintain and keep track of for every device you own. I mean let’s be honest, most of us own more than one device. Phones, tablets, etc. Who wants to maintain all those scripts and files for every device? The other nice thing that this program does is allow you to, at a granular level, control what is blocked/disabled and what is not. There are quite a few scripts and things like this available in the community that give everyone a start on what to disable/block, but who wants to scour through these scripts and decide what they want or don’t want with something someone else put together. The other nice feature of the program is it will display information for you about your device. Such as Model number, Serial number and battery status. As well as whether or not your device is rooted or not.”

Essentially, it makes the whole process of disabling apps much easier than having to go through and disable each one individually on each of your devices (or each time you get a new device).

If you have root, it takes it the extra step and completely removes the apps from the device:

“For all you root users, this will completely remove the application(s) in the exact same manner and will keep a backup for you in the install folder under Backup of the original apk files. They will also be kept in the original file structure they came from on the device so that it will make it easy for you if you have to push one back to your device.”

It’s worth noting that you won’t gain that space in usasble data when you completely remove the apps because of how data partitions work in Android device memory, but for some people having them on the device at all makes them feel queezy; and I get that too.

If this sounds like something that you would like to do with your carrier-branded smartphone (or unlocked Samsung), head on over to the XDA page, download the application for Windows or OS X, and get to removing that bloat!!