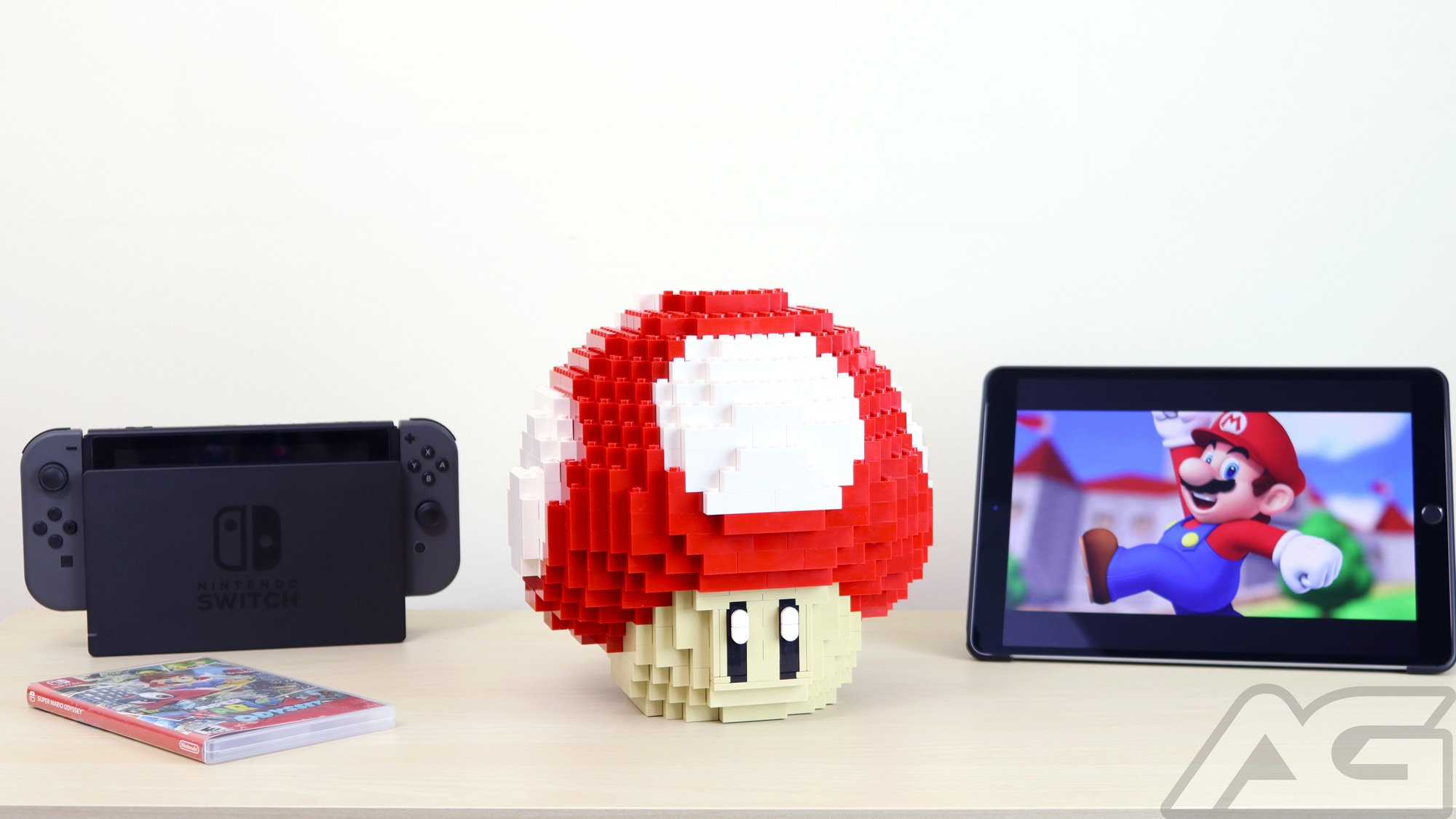 Previously, I wrote about my new affinity for Lego that came about during the pandemic, and how I had begun to branch out to customized sets not offered by Danish brick maker.  These are most commonly referred to as MOC sets, which is an acronym for My Own Creation.

Where to find MOC sets 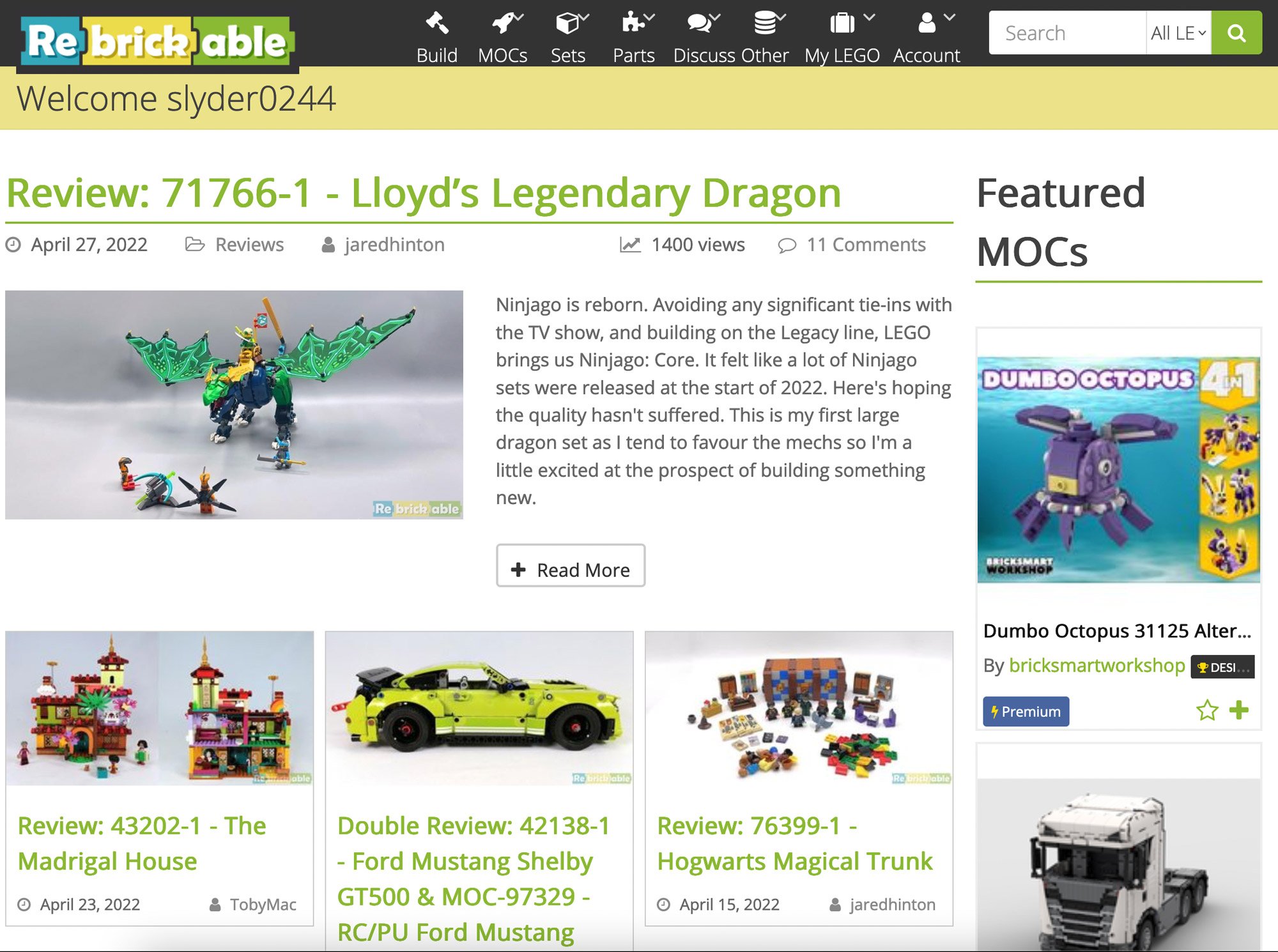 There are several ways to discover MOC sets, one of the most popular is by browsing a site called Rebrickable. Here, you can browse sets created by users, many times based on popular movies and video games, such as this diorama of the legendary fight between Anakin and Obi-Wan from Star Wars Revenge of the Sith. Sometimes the creator charges a fee for the instructions, like with the diorama, while other times, the instructions are free to download. For example, this festive Christmas wreath.

Of course, you can also design your own MOC sets by stacking whatever blocks you have on hand, or by using the Bricklink Studio program to build them virtually before ordering the pieces.

One of my favorite places to get MOC sets is from Bricker Builds, which I featured in my last article. They offer beautiful Lego sculptures, oftentimes, consisting of thousands of bricks. Buying the bundle which includes the bricks can be pretty expensive. 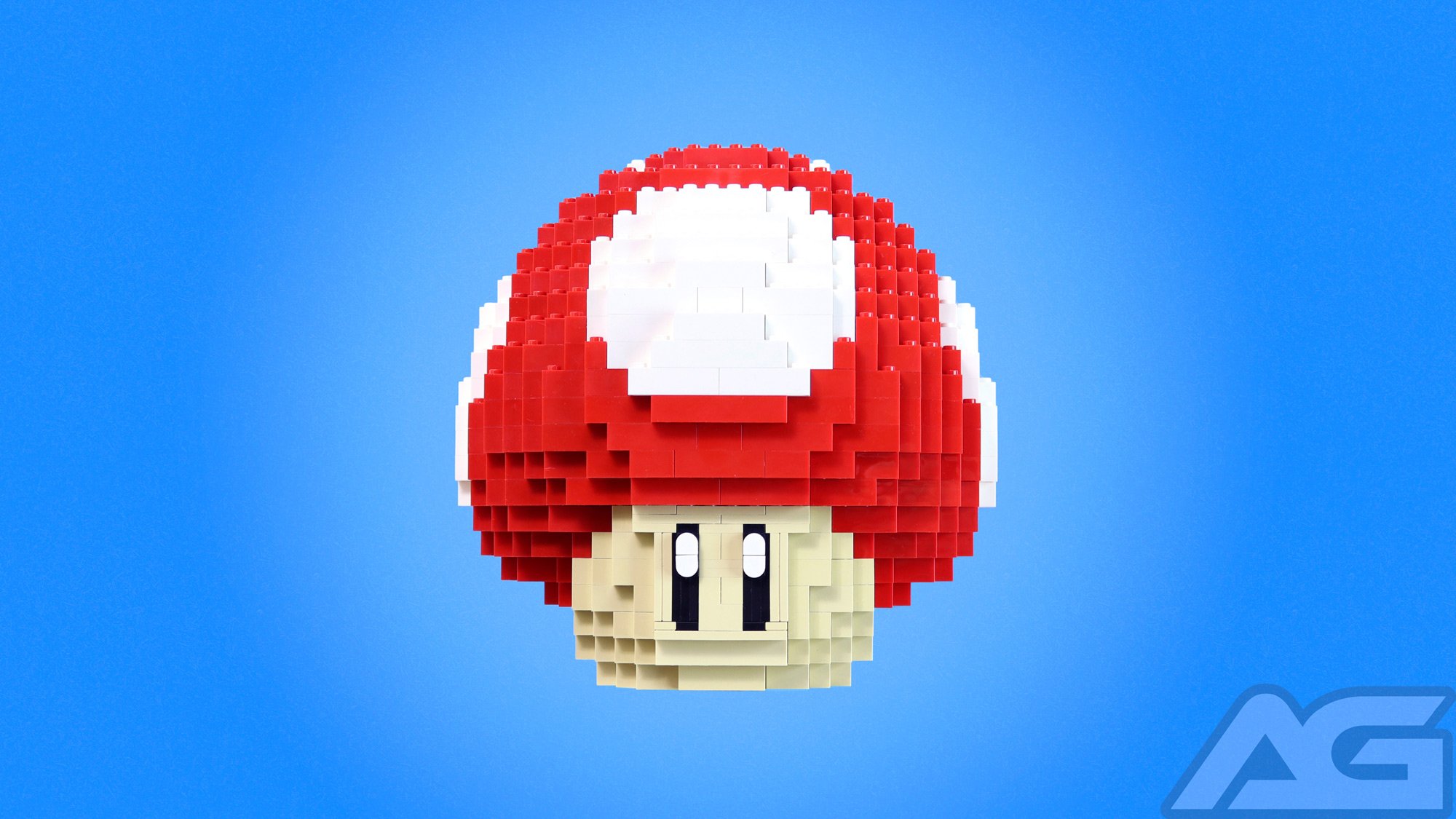 Fortunately, Bricker Builds provides an option to purchase the instructions with a parts list and source the pieces yourself. Much like I did with this mushroom from Super Mario Brothers.

Where do you get the Lego bricks

The question is, where do you buy the parts once you have the list? One of the most popular ways is to use a site called Bricklink, where you can use part lists to order new and used Lego pieces from a collection of sellers.

Unfortunately, you’ll soon realize how expensive this can be with some MOC sets using hundreds or even thousands of Lego pieces.

Comparing bricks from Webrick next to Lego, you’d hardly be able to spot a difference. The plastic feels the same, and blocks from Webrick even work with Lego pieces. That makes it perfect for using with your previous Lego collection, or for mixing and matching when Webrick might not have all the parts you need in stock.

About the only differences you’ll notice, is the lack of the Lego branding, a slightly different shade of color, and the clutch power. Alternative bricks often offer a stronger clutch, which means you need to press down a little harder, but it also means they stay together much better as well.

Oh, and your wallet will most certainly notice all the money you’re saving. When ordering from Webrick, you can often save up to 20% or more when compared to buying Lego branded blocks.

Now, Webrick isn’t the only place out there selling alternative bricks, but they are my favorite store to purchase from for several reasons. For starters, the Webrick website features an easy-to-use parts list uploader supporting many popular formats for MOC sets. The tool even provides several options like prioritizing which stock to pull from or the lowest price. 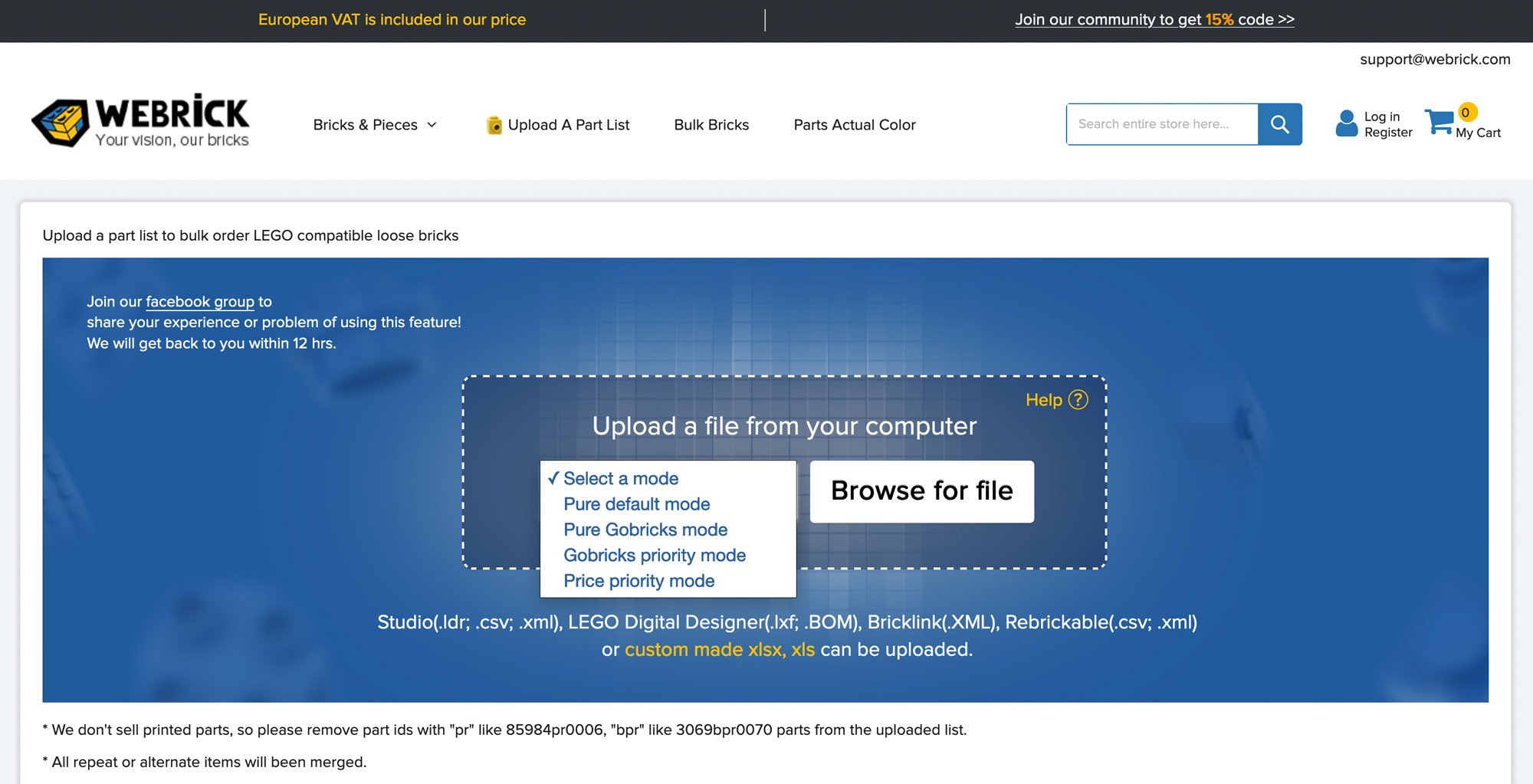 Next, it carries bricks from several well-known Chinese brands, including being a distributor for Gobricks, one of the highest-rated building blocks when compared to Lego. That means you can also find some bricks in colors Lego doesn’t offer.

Webrick also offers plenty of options when purchasing, like ordering piece by piece, 100 pieces at a time, or even bulk orders with 1KG packs for certain pieces. Finally, if there are any pieces missing from your order, Webrick gives you one replacement request per order.

The only real downsides I’ve come across when using Webrick, is sometimes they don’t stock every part I need, some pieces have the occasional scuff or scratch, shipping can be a little slow, and also quite expensive. However, as long as they have 80-90% of my parts list, then it’s easy to fill in with Lego from other sources like Bricklink. And if you’re placing a large order, I’ve found their support team is even willing to help with creating a custom order.

When it comes to shipping, that just can’t be helped. Webrick charges by weight, and it’s coming all the way from China. In the end, despite the surprisingly high shipping charges, it was still cheaper than ordering Lego bricks. 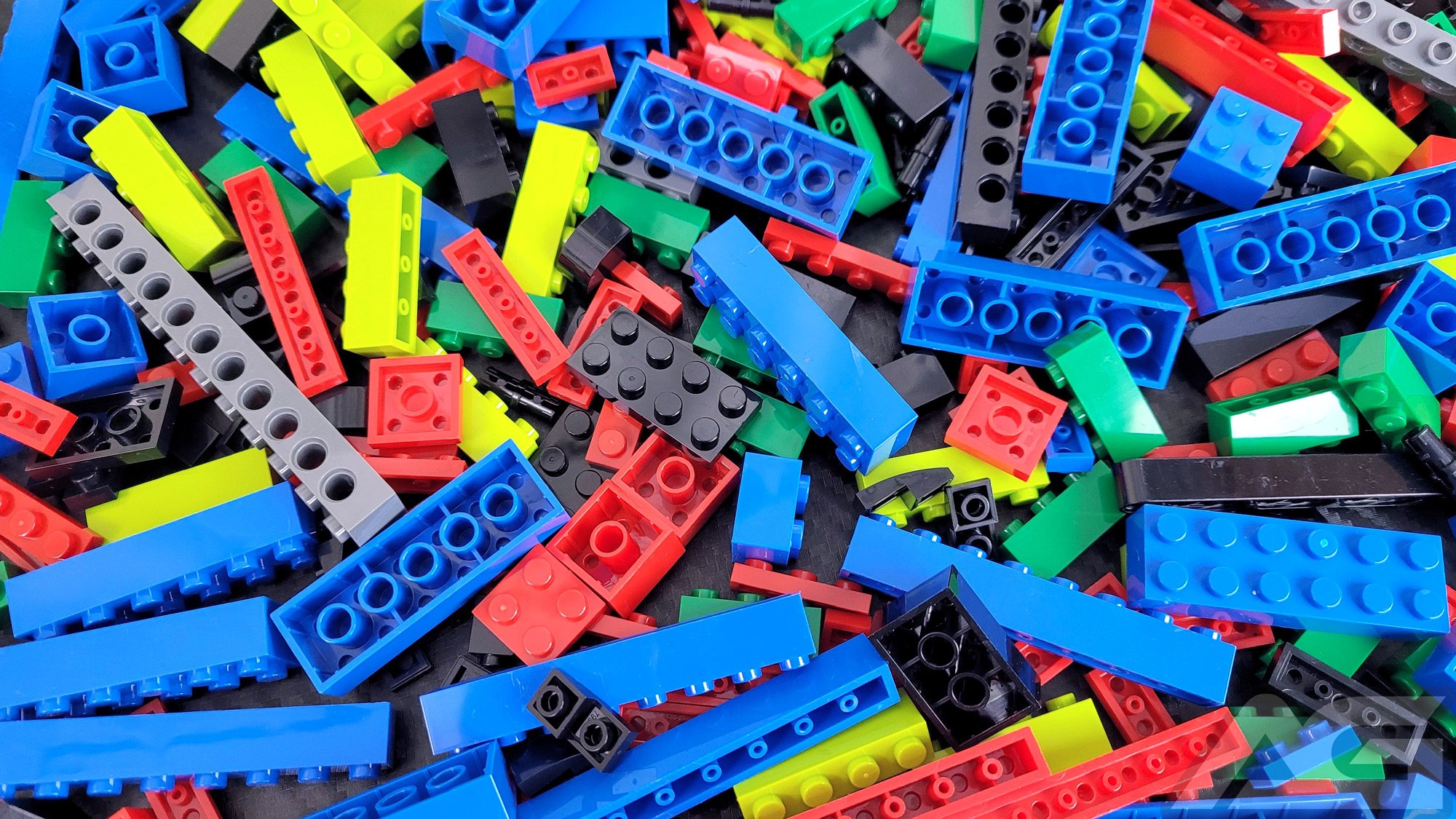 For example, the mushroom I built in this article cost $93.88, including shipping, when using the price priority mode with the parts uploader tool. However, that was also after using the 5% off coupon 5WEBRICK at checkout. Using Bricklink, the same order would have cost $119 after shipping and tax, that’s a savings of $25.12, or a little over 20% by using Webrick.

Speaking of, Webrick’s current coupons are as follows.

For all of these reasons, Webrick has become my favorite way to order building blocks, and in my opinion, is the best way to get the pieces you need for your next MOC project.