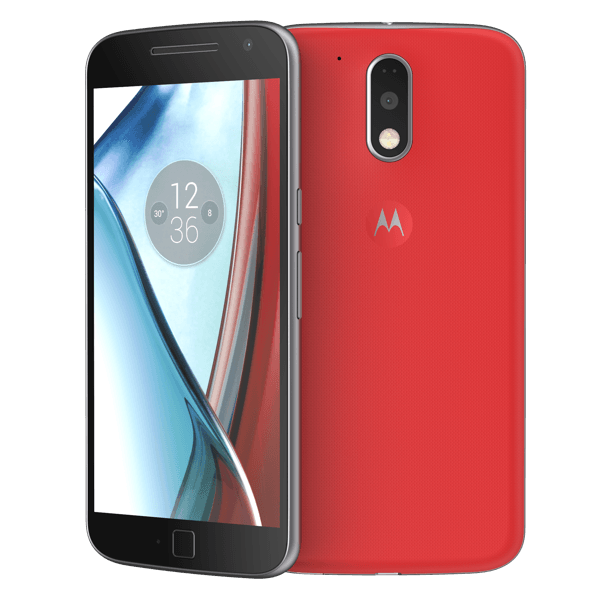 Now in its fourth go ’round, the Motorola G line is split into three different models. The G4 Plus is the largest sibling in the family and features all of the same tech found in the standard bearer -plus a little extra.

Key hardware includes a 16-megapixel camera that scores higher than the iPhone 6S. The fingerprint reader, found on the front, adds an extra layer of security for lock screens and purchases.

Other specifications worth noting include a 5.5-inch full HD display, an octa-core processor and Motorola’s water-repellent coating.

Sold unlocked, the G4 Plus can be paired with any major GSM or CDMA carrier. This means you can switch from Verizon to T-Mobile, Sprint to AT&T, and anything in between.

While the phone comes in black and white versions, customers can customize their own unique build through Motorola’s Moto Maker tool. Memory options include 2GB RAM with 16GB storage and, for $50 more, 4GB RAM with 64GB storage.

Read our review of the Motorola Moto G 4 Plus

Customers can purchase the phone in Black and White options; the Moto Maker tool allows for custom-built versions of the phone. Prices start at $250 for the 16GB model with the 64GB version running an extra $50.

Customers can purchase the phone in Black and White options; storage capacities shake out to 16GB for $250, 64GB for $230.

Best Buy offers the phone in both black and white colors with 16GB and 64GB iterations. Pricing at launch is $2500 and $300, respectively.