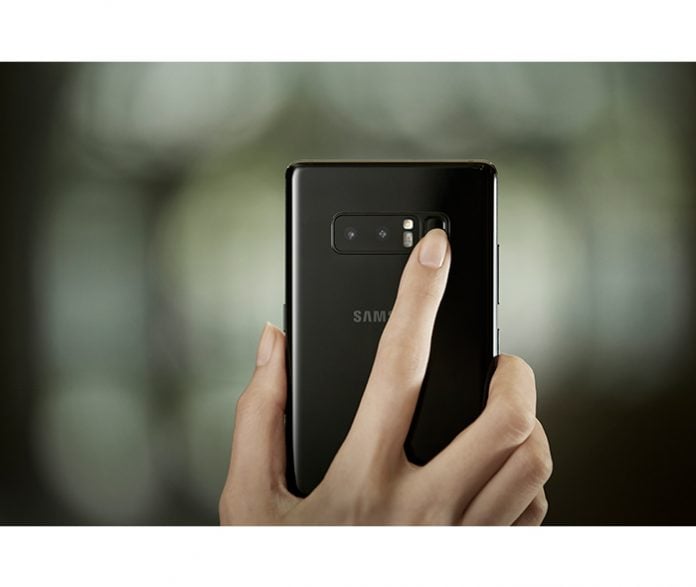 At an event in New York City, Samsung took to the stage to announce its big screen flagship experience in the form of the Galaxy Note 8. As has been the case with each iteration, it represents an improvement on the standard Galaxy S model in both hardware and software. If you’re looking for the best of the best (and the biggest) from Samsung, this is the one you’ll want.

The Galaxy Note 8 measures in at 6.3-inches and is powered by a 2.3GHz octa-core processor along with 6GB of RAM. Moreover, you’ll find storage capacities of 64GB, 128GB, and 256GB with microSD expansion card slots.

Keeping pace with its Galaxy S, a key feature of the phone lies within the Infinity Display as it gives users a massive screen that wraps the edges and doesn’t have large bezels or hardware buttons. Of course, the Note line isn’t what it is without the S Pen, which also gets improved for 2017.

Let’s take a look at the various ways you can order or purchase the new Samsung Galaxy Note 8.

Shop
Starting August 24, AT&T customers can visit att.com/galaxynote8 or an AT&T store to preorder the Galaxy Note 8. The phone will be available for purchase online and in stores on Sept. 15 for $31.67 for 30 months on an AT&T Next installment plan.
For a limited time, customers who purchase a Galaxy Note 8 from AT&T can take advantage of the following offers:

In addition, customers who purchase the new Galaxy Note 8 before Sept. 24 can choose from a free 128GB Memory Card and Fast Wireless Charger, or a free Gear 360 Camera from Samsung.com.

The Galaxy Note8 will be available online and at participating T-Mobile stores across the country on September 15 in Midnight Black and Orchid Gray for $210 down and $30 a month on T-Mobile’s Equipment Installment Plan, or $0 down and $39 on JUMP! on Demand (FRP: $930).

Preorder begins Augsut 25 at www.sprint.com/note8 with devices shipping as soon as Sept. 5. Starting on Friday, Aug. 25, customers who switch to Sprint get Unlimited data, talk and text, HD video and 10GB of mobile hotspot for just $22.50 per month per line for 4 lines with the 5th line for free.

U.S. Cellular will start its presale for the Samsung Galaxy Note8 on August 24 both online and in stores. The carrier will have the device in black and orchid gray, and customers who switch to U.S. Cellular and preorder it can receive a $300 promotional card.

In addition, customers who purchase the Note8 between Aug. 24 and Sep. 24 are eligible to receive a free 128GB MicroSD card and Fast Charge wireless charger or the new Samsung Gear 360.

If buying directly from the manufacturer is your kind of thing, you can buy the unlocked Galaxy Note 8 directly from Samsung. Former Galaxy Note7 owners are eligible for a special offer on Samsung.com where they will receive an instant trade-in value of up to $425 when they upgrade their current phone for a Galaxy Note8.

In addition, customers who purchase the new Galaxy Note 8 before Sept. 24 can choose from a free 128GB Memory Card and Fast Wireless Charger, or a free Gear 360 Camera from Samsung.com.

The Samsung Galaxy Note 8 will be offered at Best Buy in a variety of iterations. Consumers can order an unlocked model as well as versions through Verizon, AT&T, and Sprint.

Preorders start on August 24 with a number of promotions.