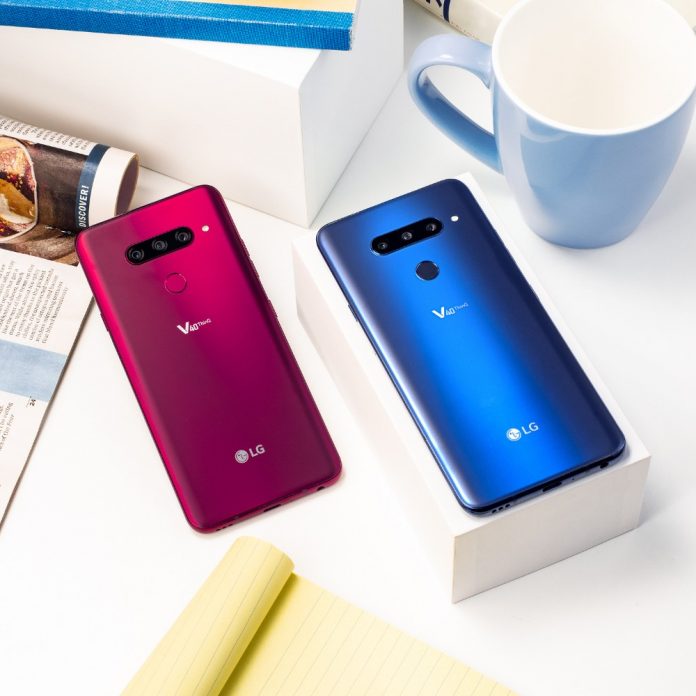 LG announced their brand new V40 ThinQ with 5 cameras today. Following the tradition of previous V series phones, the V40 puts photography and videography at the forefront. The LG V40 uses all three cameras on the back to take three photos simultaneously. Whether you want a super wide shot, traditional view, or a 2X zoom the choice is yours.

LG also shows off their latest display technology with a 6.4-inch OLED screen debuting the notch for the first time on the V series. While the DTS-X 3D surround sound with Boom Box Speakers ensures loud immersive audio while watching videos or listening to music. For more details check out the LG V40 announcement.

AT&T customers will be able to pre-order the LG V40 ThinQ starting on October 12 for $31.67 through AT&T Next for 30 months with eligible service. However, you won’t be able to get your hands on one officially until October 19.

The giga-bit class LG V40 ThinQ is the 18th 600MHz capable phone to be released on T-Mobile. It includes several speed boosting technologies such as 4×4 MIMO, carrier aggregation, 256 QAM, and License Assisted Access.

Pre-orders will begin on October 12 online and available in stores on October 19. You’ll be able to pick it up starting at $30 a month for 24 months on the T-Mobile Equipment Installment Plan after a $200 down payment.

Verizon has two great deals for those looking to get their hands on the new LG V40 ThinQ. The first will save you $200 when you purchase using Verizon device payment. While the second deal increases the discount to $300 when you switch to Verizon or add a new line when trading in your old phone.

Pre-orders start October 11 and if you order before October 17 you’ll be treated to a 256GB Sandisk microSD card, a DJI OSMOS Mobile 2 Gimbal, and be enrolled into the LG Second Year Promise program.