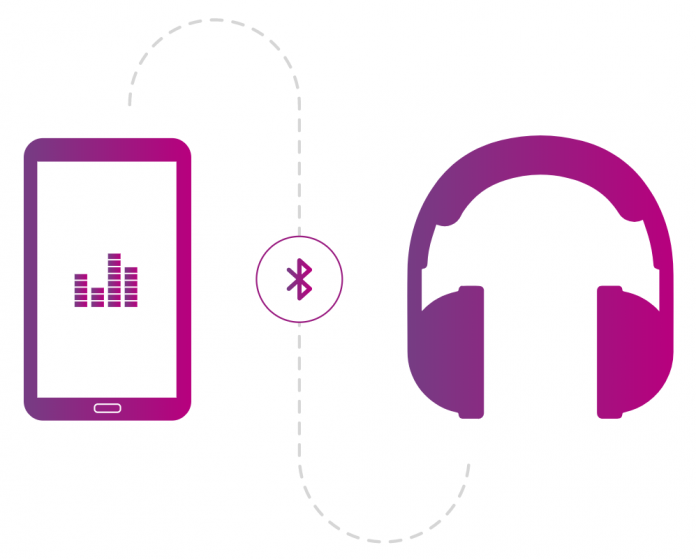 Despite how one may feel about wireless headphones, they’re the future. The future is wireless. The industry is well on the path to transition everything it can to the cordless goal.

As an audiophile, I’m one in the reluctant bunch that shrugs at the notion. I can’t say that wireless headphones haven’t come a long way. As a reviewer, I get a chance to try many wireless headphones, and I’ve actually been left impressed a couple times. That said, terrible past attempts have set the bar low in my mind. I can’t deny that the best wireless headphones out there are still acoustically a far reach from their wired counterparts.

But they’ll be there one day. One of the more intriguing developments to push the fidelity of wireless headphones are via the wireless audio codec standard.

Bluetooth isn’t traditionally the best medium for a music signal. Standard Bluetooth doesn’t have the bandwidth to proficiently send that amount of information. As a result, the music information has to be largely compressed to get proper latency.

In audio, “compression” equates to loss of detail. Bits (literally) of the music needs to be trimmed. Sure, music is always compressed and it’s no problem. Most tracks can be cut down drastically with no audible consequence. But we’re talking past that point.

Anyone around in the Napster days will probably relate to hearing terrible quality tracks, because many of us often trimmed the quality down to very low levels to cope with the slow internet download speeds. No, the standard Bluetooth transfer doesn’t result in audio quality that bad, but it is audible.

Wireless codec called aptX emerged, which got commercial recognition when Qualcomm acquired the tech a few years ago. It ups the Bluetooth audio bandwidth to 352 kbps and a 16-bit transfer. This was a fantastic thing. No, it’s technically not CD-quality rates, but that’s actually of little consequence.

Even today, most music streaming services cap out at around 300 kbps bit-rate (and CD’s have 16 bits of resolution), because at this point most would be hard-pressed to tell a difference with higher quality.

But there was a problem with this – it takes two to tango. Qualcomm can do whatever on their end, but if manufacturers aren’t implementing the more capable Bluetooth hardware in their wireless headphones, then the purpose is defeated. And that’s exactly what has happened since the conception of aptX.

What complicates things more is that the codec hardware needs to be on both the player and the headphone, and manufacturers from both ends don’t generally put a priority on it. Maybe it’s that high fidelity listeners are the minority, or cost, who knows. 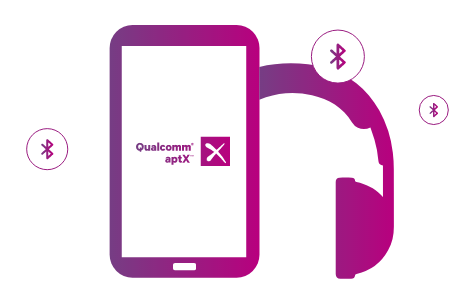 Is it a lost cause? At first, it was. But now things are finally progressing.

Loads of smartphones in the US use a Qualcomm chipset, and aptX has become standard. It’s also no longer hard to find a wireless headphone with the codec, albeit, it’s still not “widely” used.

Interestingly, you’ll find aptX in lower costing, lesser known brands, as opposed to popular choices like the Bose QC 35 or Beats Studio3 Wireless. This applies to the whole range of headphone types, on-ear and in-ear included. An exception is truly wireless earbuds, because they’re more challenging and it’s a new market. But there are some gems out there, like the NuForce BE Free8 that we reviewed.

So what if the vanilla aptX codec doesn’t cut it for you? You’ll have to dig a little deeper for aptX HD support. Unfortunately, not many smartphones cut the guts for it. We’ll go ahead a say that if this is something you care about, stick with LG. LG is the only mobile device manufacturer who strictly values HiFi (even packing in a dedicated DAC with the continual headphone jack support). It has supported aptX HD since the LG G5, and you bet the headphones the company produces has it too.

We can understand if LG hardware isn’t your cup of tea. Fortunately, Google has begun rolling out support for HiFi codecs starting with the Pixel 2 phones last Fall. It’s actually baked into Android Oreo, so hopefully, this will nudge other phone makers to jump on-board.

There are some notable aptX HD wireless headphones out there, but naturally far less than aptX. We’ve reviewed and recommended the excellent V-Moda Crossfade 2 Wireless over-ears, as well as the Beyerdynamic Aventho Wireless on-ears.

Tip: Qualcomm provides an updated list of AptX and AptX HD supported devices on its site.

On the subject of Sony, it is another strong electronics manufacturer that values high-quality audio. Though, the company tends to march to its own beat. That can be a good and bad thing.

The good is that they’ve actually developed their own wireless audio codec that almost doubles the bandwidth of aptx HD, at about 990 kbps, called LDAC. This is pretty astonishing. 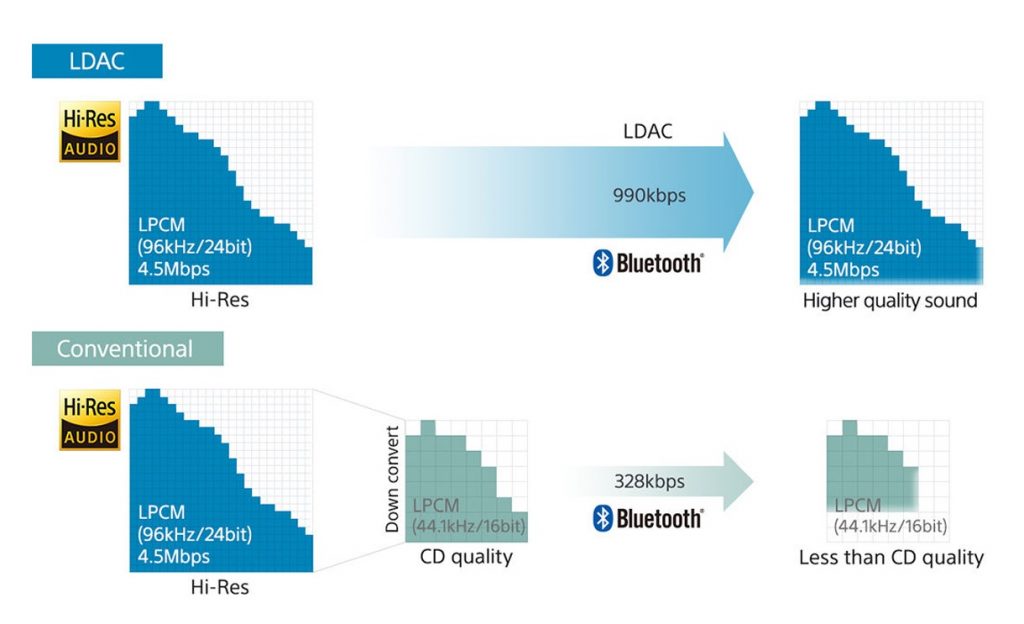 So what’s the bad then? Well, Sony keeps its tech close to its chest. Only its headphones support LDAC. Fortunately, Sony is really good at making headphones. The WH-1000XM2 over-ears are widely said to be the best over-ear wireless headphones you can buy today (which also include some of the best active noise-cancellation). The company’s new WI-1000X in-ears also pack the LDAC tech.

LDAC support is also limited to Sony smartphones, naturally. But with Android Oreo came a glimmer of hope here too. Google and Sony must’ve worked something out, because LDAC can be found as an option on the Pixel 2 phones.

To sum things up, wireless HiFi support is all over the place. This kind of thing makes me envy Apple users and their closed but more orderly system. That said, it’s no longer a struggle these days to achieve at least aptX quality. This will suffice for most people anyways.

Until common streaming services, like Play Music, Spotify, Pandora, etc., push their quality limits, there isn’t merit in asking for more. The desire for HiFi quality is still a minor one, and money is what drives everything.