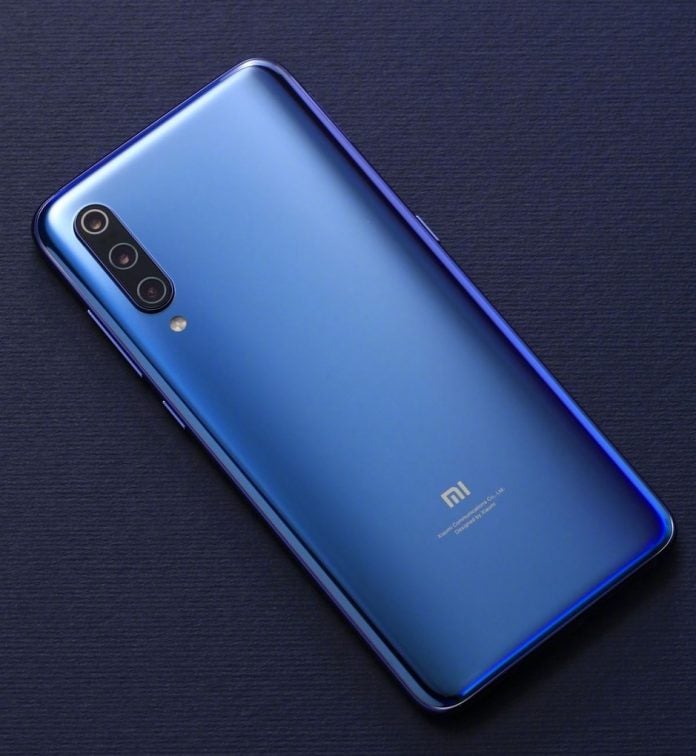 Even though MWC hasn’t begun some of the big announcements have begun. Xiaomi is first up announcing the Xiaomi Mi 9 at a launch event in China today. Two models were shown off including a Mi 9 Transparent special edition that is a collaboration with the movie release of Alita: Battle Angel.

Xiaomi is never one to shy away from big specs for an affordable price. Let’s take a quick look at the numbers and see what the new Xiaomi Mi 9 has packed inside.

As you can see the Mi 9 is a powerhouse when it comes to specs. Starting with the 6.39-inch Samsung AMOLED display featuring a 90.7% screen to body ratio with a waterdrop notch design. It has a max brightness of 600-nits along with a boosted Sunlight Mode 2.0 which increases contrast and colors in the sunlight outdoors.

Beneath the display lives the new improved fifth generation optical in display fingerprint scanner. The new scanner is said to be 25% faster than the previous fourth generation that was used in the Xiaomi Mi 8. 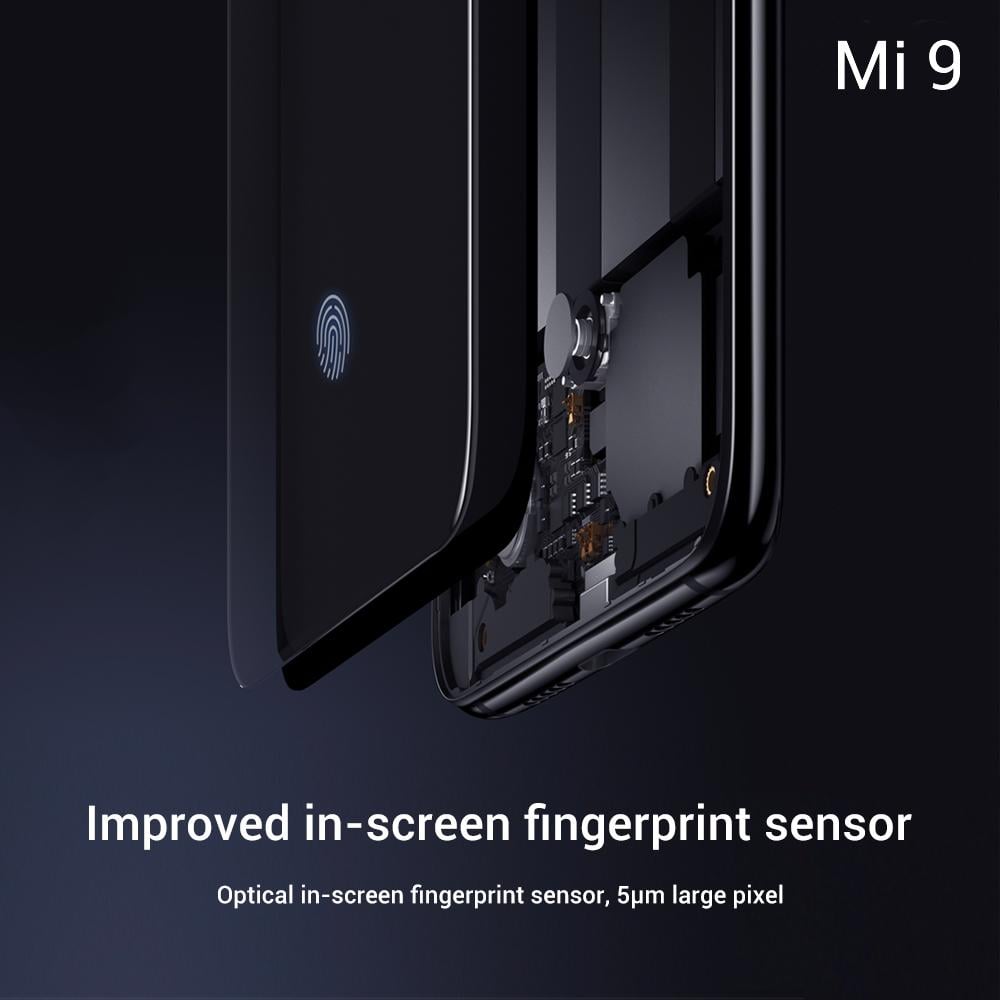 For the body, the Xiaomi Mi 9 is using a steel frame along with Gorilla Glass 6 on the front and back. On the back, Xiaomi has utilized a holographic gradient color effect for the Lavender Violet and Ocean Blue models It also comes in Piano Black or the special Transparent Edition with a couple of bumped specs. While it is called the Transparent Edition it isn’t exactly transparent, the back is not clear and simply shows a see-through image imposed on the back.

As is the trend recently the Mi 9 does not feature a headphone jack. However, it will include a button for triggering a virtual assistant such as Google Assistant.

The Xiaomi Mi 9 is one of the first phones to launch with the all new and improved Snapdragon 855 SoC. This 7nm processor from Qualcomm includes some big improvements to performance.

The Mi 9 will give you the choice of either 6GB or 8GB of RAM with 128GB of storage in the traditional models. While the Transparent Edition bumps this up to a whopping 12GB of RAM and 256GB of storage. Hopefully, this is plenty of storage for you because there is no microSD card expansion included. 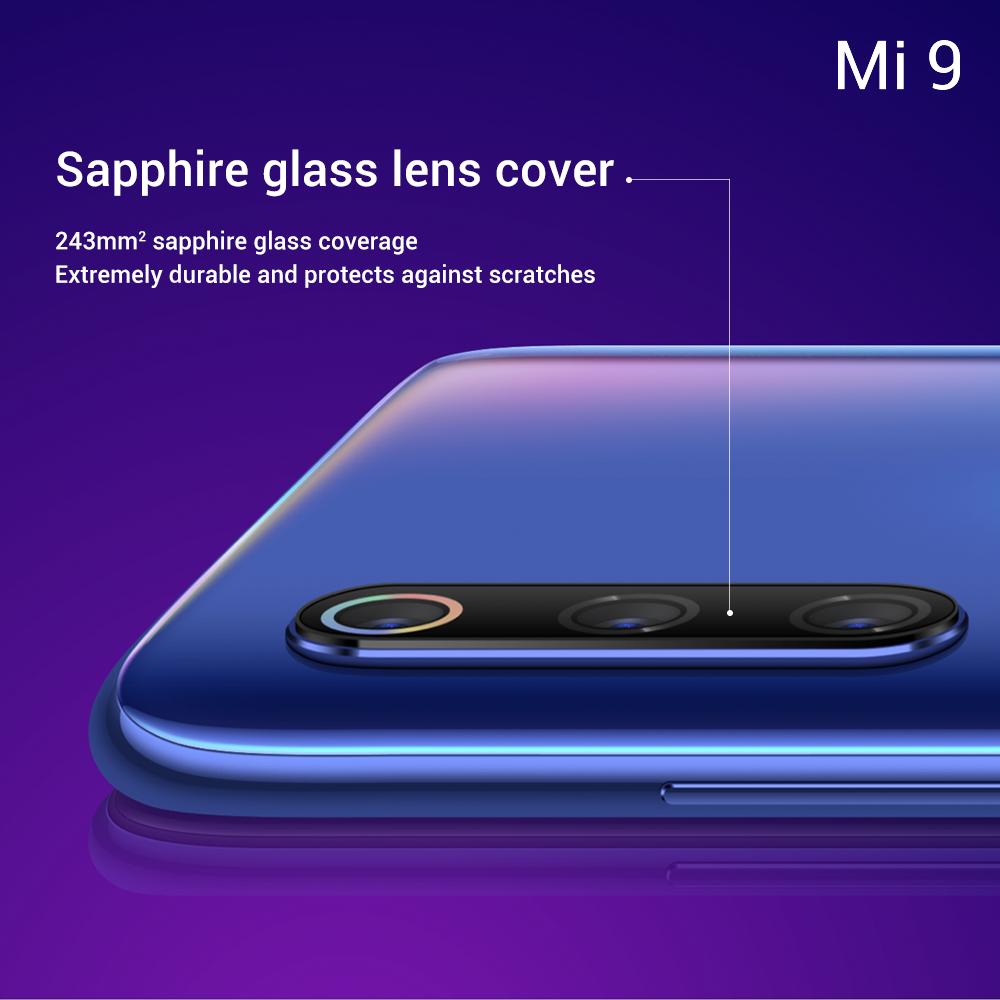 As with the growing trend lately, Xiaomi has tripled up on the cameras on the back. This includes a whopping 48MP f/1.75 main shooter with a Sony IMX586 sensor. The same sensor we’ve seen used in the Honor View 20. The Alita: Battle Angel Transparent Edition gets a slight edge here including an f/1.47 aperture.

The second telephoto shooter uses a 12MP f/2.2 aperture camera with 2X optical zoom for getting in closer with a simple click. The third and final cameras in the setup is a 16MP f/2.2 aperture shooter with a super wide 117-degree view. As a big fan of the super wide look, I’m happy to see this becoming more of the norm on phones lately.

The Xiaomi Mi 9 includes some special camera features as well such as the AI scene recognition, Super Night Scene for low light photography, and a 960FPS super slow motion video mode. If you’re curious about the quality of the Mi 9’s camera then take a look over at DxOMark where they’ve already rated it as one of the top smartphone cameras available for the moment.

The only information we have about the front-facing camera is that it is a 20MP shooter single camera including Xiaomi’s AI beauty modes.

Out of the box, the Mi 9 runs Android 9 Pie with Xiaomi’s MIUI skin version 10.2. It will include special features such as a Game Turbo mode said to increase performance in games like PUBG. There is also a dark theme that can help extend battery life using the AMOLED screen, as well as a full color always on display mode. There is even an included dynamic wallpaper which will change throughout the day mimicking the sun’s position. 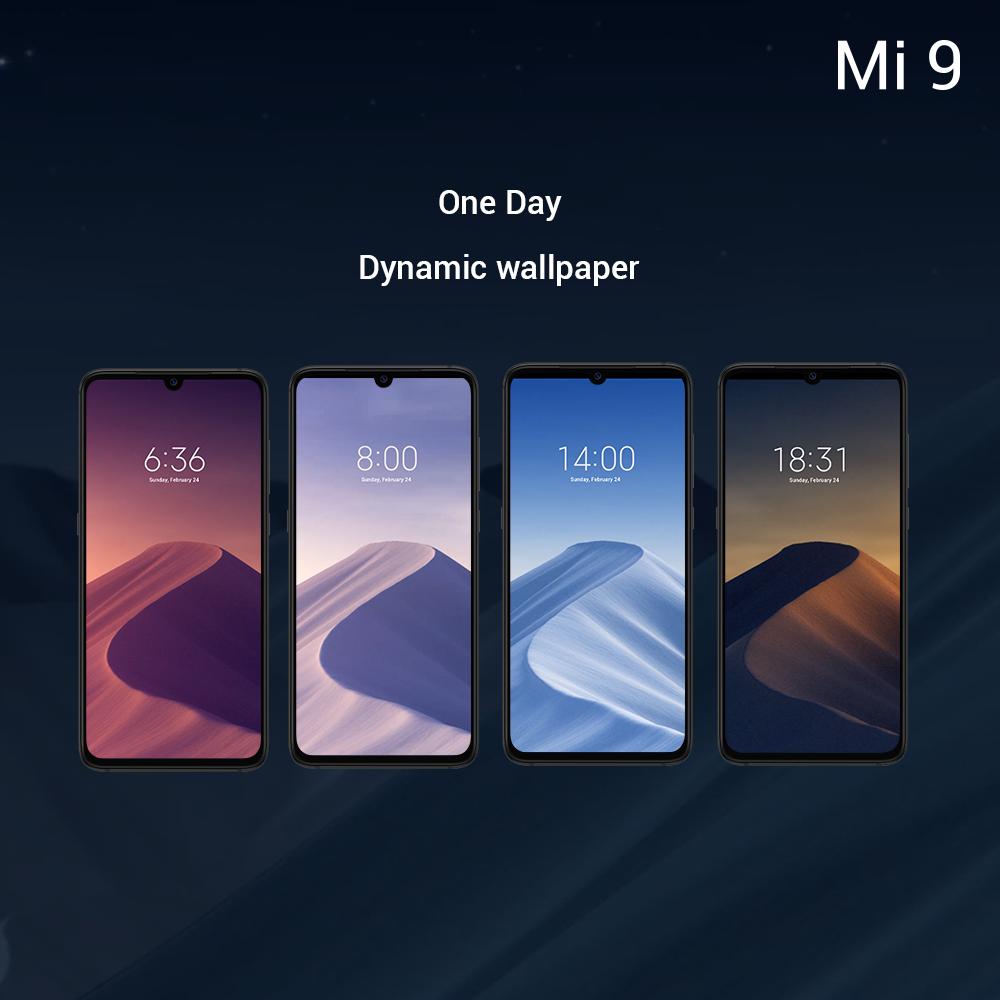 Thanks to the glass back on the Xiaomi Mi 9 the 3300mAh battery supports wireless charging. Xiaomi has worked a little magic here and with a proprietary charger it supports up to 20W wireless charging speeds. However, with traditional Qi chargers, you’ll only be able to charge up to 10W. If you’re in an even bigger rush then you’ll want to plug in where you’ll see charging speeds of up to 27W.