Google’s cloud gaming service Stadia has fascinated me since I first tested it back when it was called Project Stream. The first time I picked up the controller I was blown away by the sheer fact that I could stream a game at 1080p 60fps with zero lag from the controls.

My excitement only grew over time as Google continued to announce its full plans for Stadia. Between the unique set of features and the ability to game on multiple screens at up to 4K at 60fps, I was all in with the Stadia hype.

Unfortunately, when Stadia launched back in November of 2019, it did so without most of the features Google had teased us with. While it was clear Google had big plans for the service, it was half baked at launch, with only a basic set of features. The good news is, a lot has changed a year after Stadia first debuted.

For starters, there are many more games to choose from, nearly 100 and counting at the time of writing. The addition of a free tier is also a massive change, Stadia no longer requires a subscription to play. 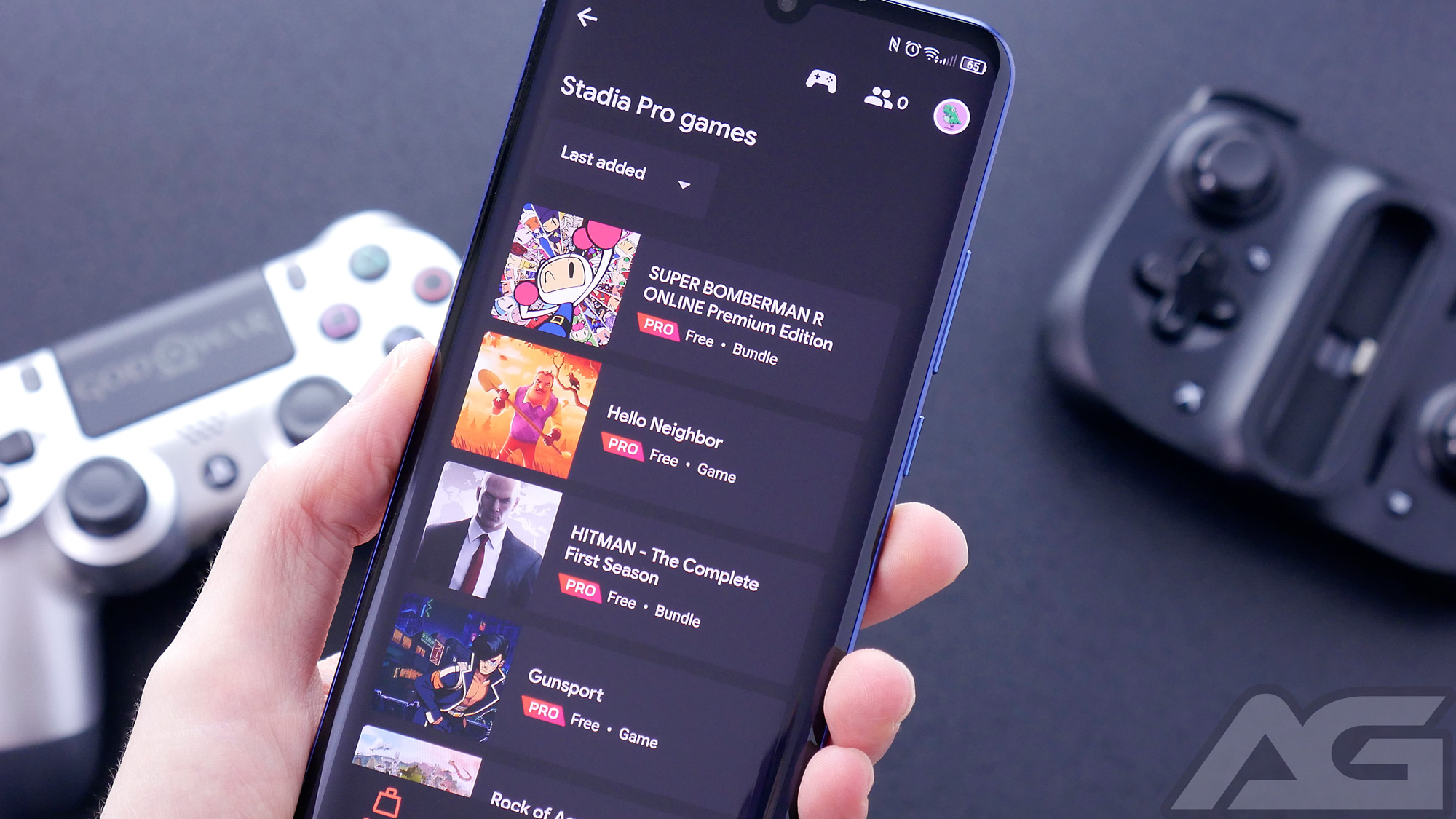 However, you’ll still need to purchase games, and streaming is limited to 1080p with stereo sound on supported devices. Additionally, playing on your TV still requires a Chromecast Ultra and Stadia controller. Both of which can be purchased separately or individually, if all you need is the Stadia controller. Alternatively, you can purchase them both together with the Stadia Premiere Edition bundle that starts at $100.

One of the biggest updates has been to the Stadia controller which now functions entirely wirelessly. It was a bit odd back when Stadia first launched that the wireless controller required a hardwire connection to work with Android devices, but Google eventually issued an update that rectified this. Now, the controller can be used wirelessly on every screen that is supported. 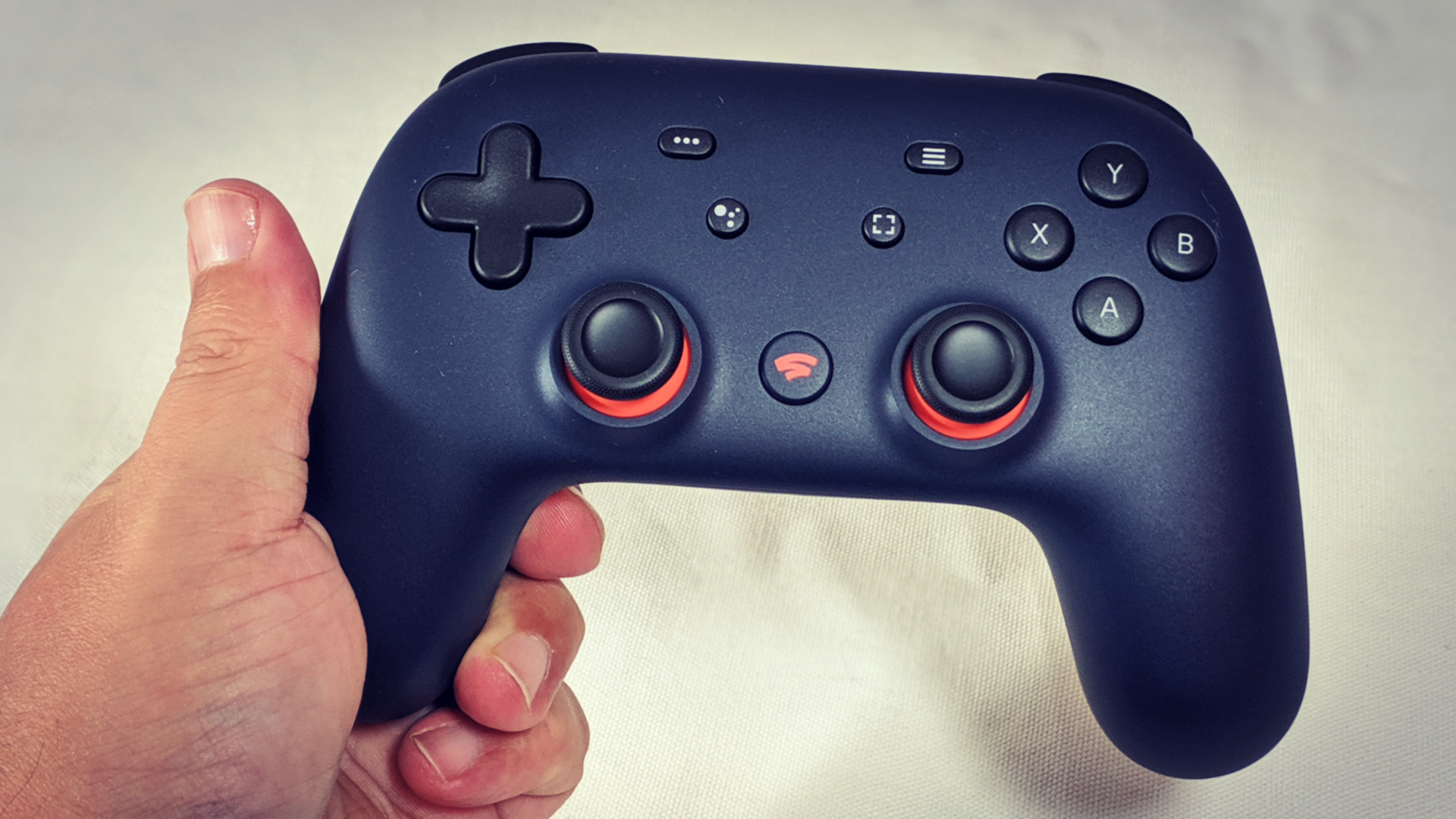 And while we’re on the subject of supported screens, that list has grown substantially since Stadia first launched. Initially, Stadia worked on Chromecast Ultra, computers and Chromebooks via the Chrome browser, and Pixel phones from Google.

The list of officially supported mobile devices has since grown to include most recent flagships such as ones from Samsung, OnePlus, LG, and more. In fact, I was able to use Stadia on phones that are not on the official list without issue by simpling toggling on the beta feature in the options. 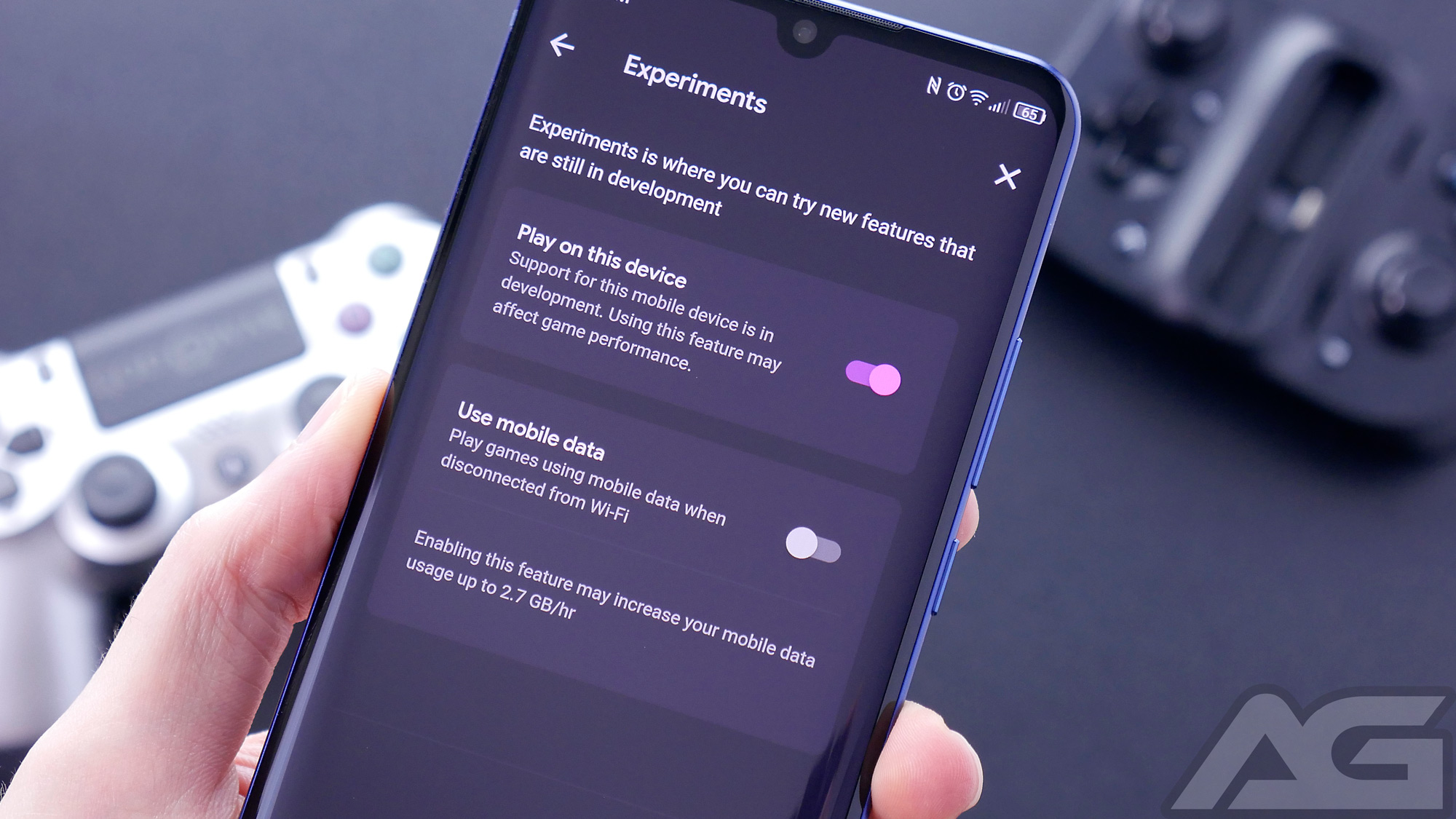 A couple of other Stadia exclusive features that have launched include Stream Connect and most recently Family Sharing. The former allows users to essentially share a picture-in-picture live stream view of a game while playing multiplayer with friends. This allows your squad to see where you are and what you’re doing and can be quite handy in shooting games.

While Family Sharing works with Google Play’s Family Library function, providing a way to share games with users in your family group without each person needing to purchase the game individually.

Besides some of these major changes, Stadia has also enabled the Google Assistant button, added achievements, enabled on-screen buttons, and more since it first launched. 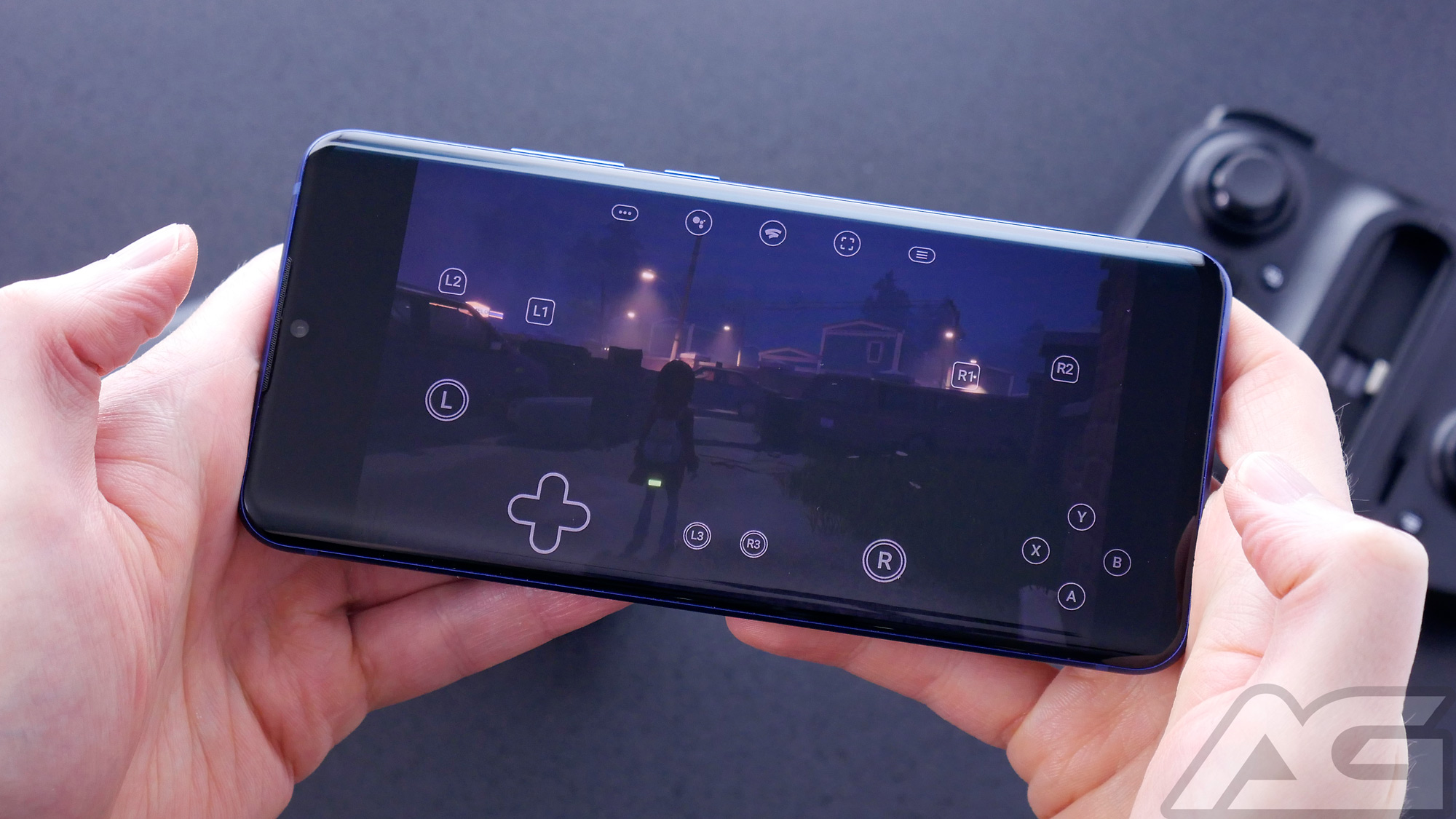 Unfortunately, many of Stadia’s more innovative features that were teased before launch are still missing. This includes live-streaming gameplay, getting in-game help by asking Google Assistant, jumping into games with streamers, and the list goes on.

Plus, even with unofficial support for more Android mobile devices, you still can’t play on every screen. For example, if you happen to own an iPad or iPhone you’re out of luck.

I’m sure most of you have noticed dips in quality or even loading screens while watching videos using some of your favorite streaming services. This is the nature of streaming media online, no matter how fast your connection is, occasionally there will be hiccups.

For a cloud gaming service such as Stadia, it is no different. Fortunately, these glitches and stutters are few and far between when utilizing a fast and stable internet connection. While I didn’t experience zero streaming issues, the amount of issues seems to have decreased compared to when Stadia first launched, which is a testament to Google’s servers and the hard work the Stadia team has put in. Regardless, it’s unrealistic to expect a game streaming service to be perfect 100% of the time. These services use a massive amount of data in comparison to video streaming and we can’t even expect them to work perfectly all of the time.

After only a year Google’s cloud game streaming service has come a long way. Stadia’s team is constantly updating and improving the service in the background, and that’s one of the platform’s biggest strengths.

However, it’s still not living up to its full potential. Google set expectations extremely high prior to launch and it has yet to deliver the experience it teased us with during its pre-launch presentations.

Despite all of this, I’m still blown away by the fact that I can stream a videogame with little to no latency in such high quality. There’s also the frictionless experience that Stadia provides. Loading times are fast and you never have to worry about picking up your controller only to be stuck waiting for updates to download and install.

Simply open the Stadia app or site, choose your game, and you will be playing within a few minutes. Stadia offers one of the fastest and hassle-free ways to get you into your game, and that’s something casual and hardcore gamers can all appreciate. 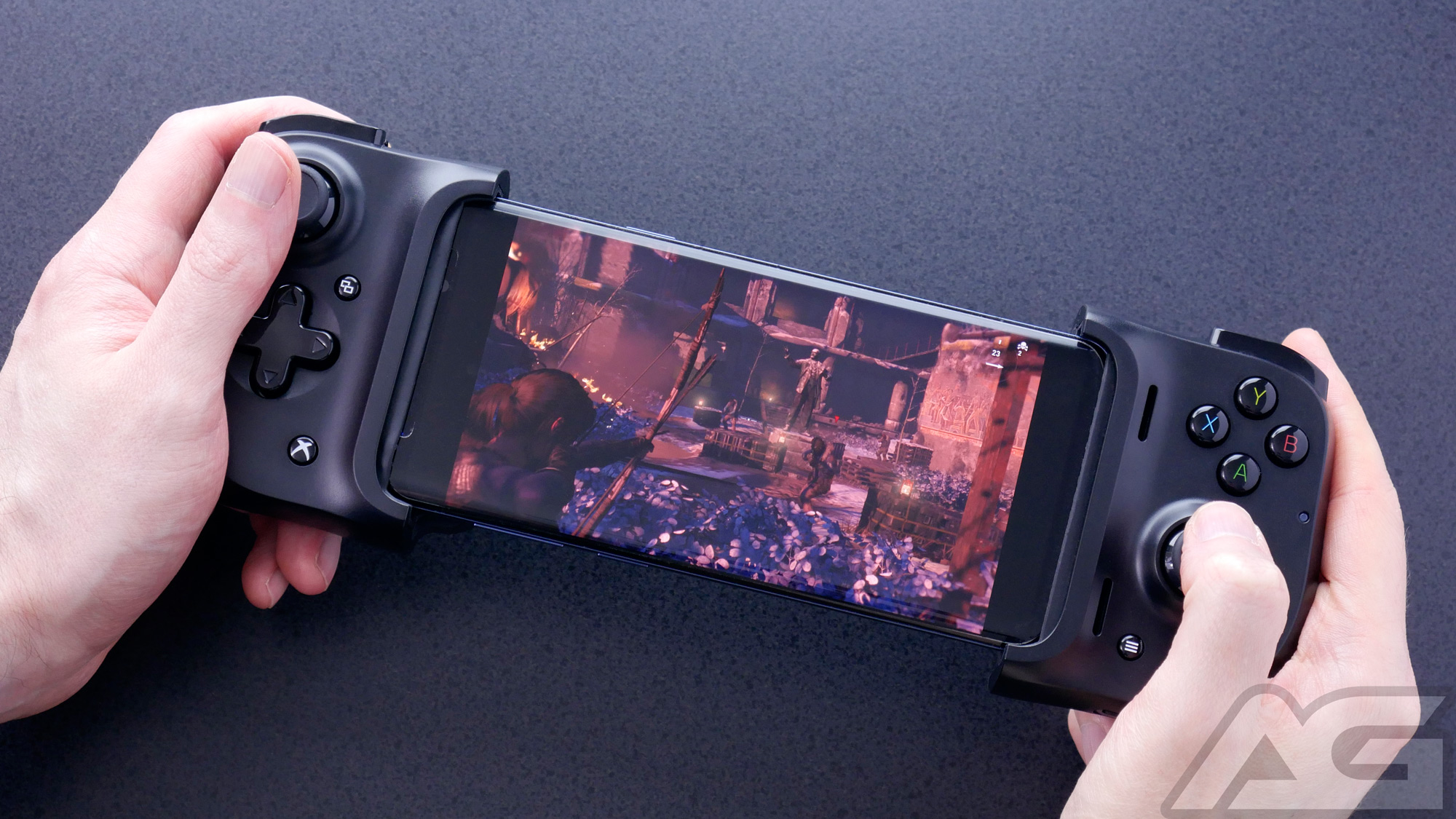 Does that mean it’s going to replace my console and become my primary gaming outlet? Not yet. At the moment, Stadia still lacks a compelling list of exclusive games, such as the ones that keep calling me back to my PlayStation.

There’s also the very real concern of my data cap through Xfinity, which I easily exceeded between Stadia and my Netflix usage. One thing is for sure though, I’ll be keeping my eye on the service, and I still love to pick it up for a month here and there to revisit the collection of games I’ve accumulated.