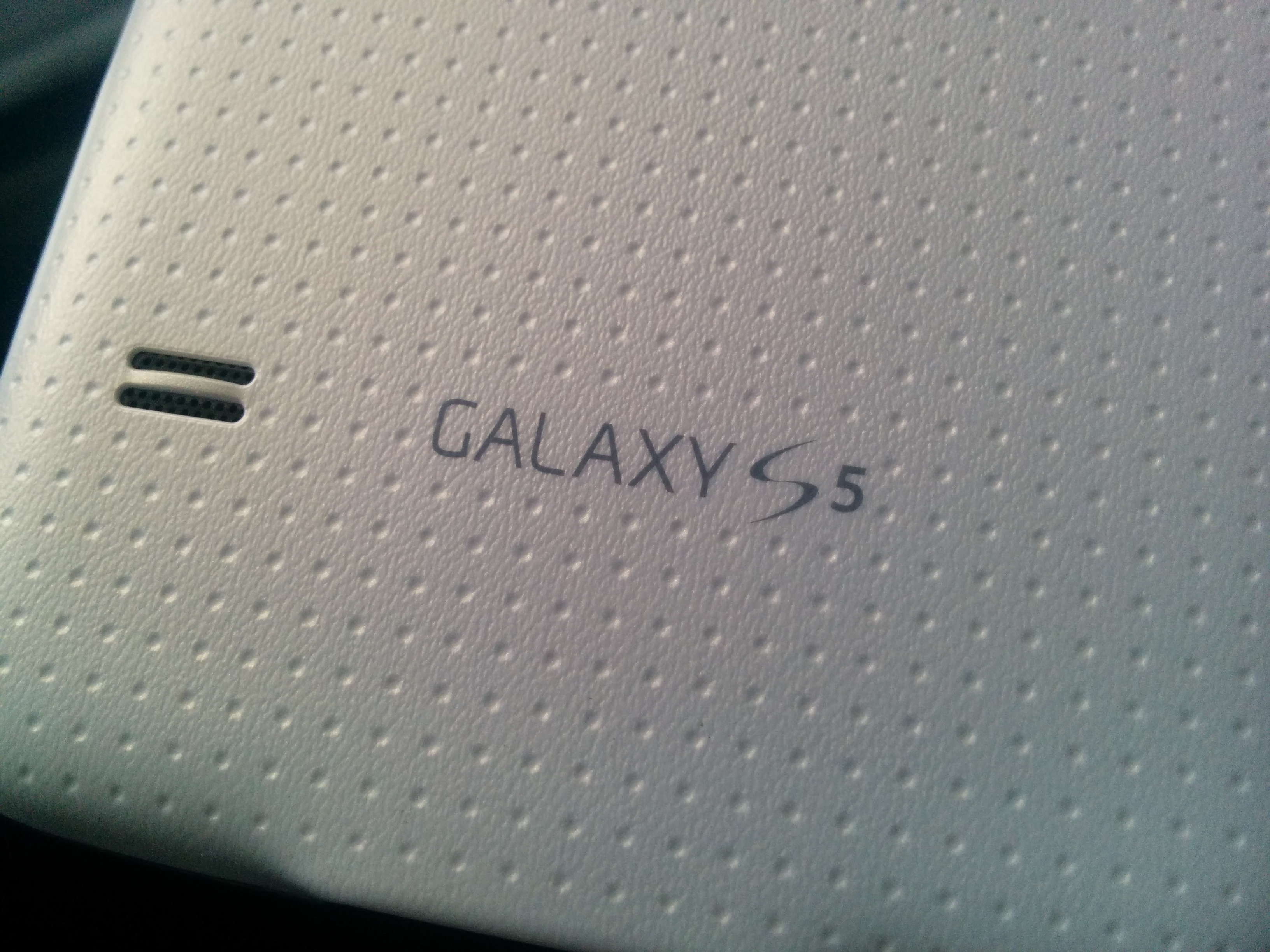 The Samsung Galaxy S 5 is disappointing in precisely one area, build quality. But even in that, it’s slightly better than the previous member of the Galaxy S line. Although even that complaint may soon be a non-issue in the wake of the rumors of the Galaxy S 5 Prime which has been confirmed here. On to the review. 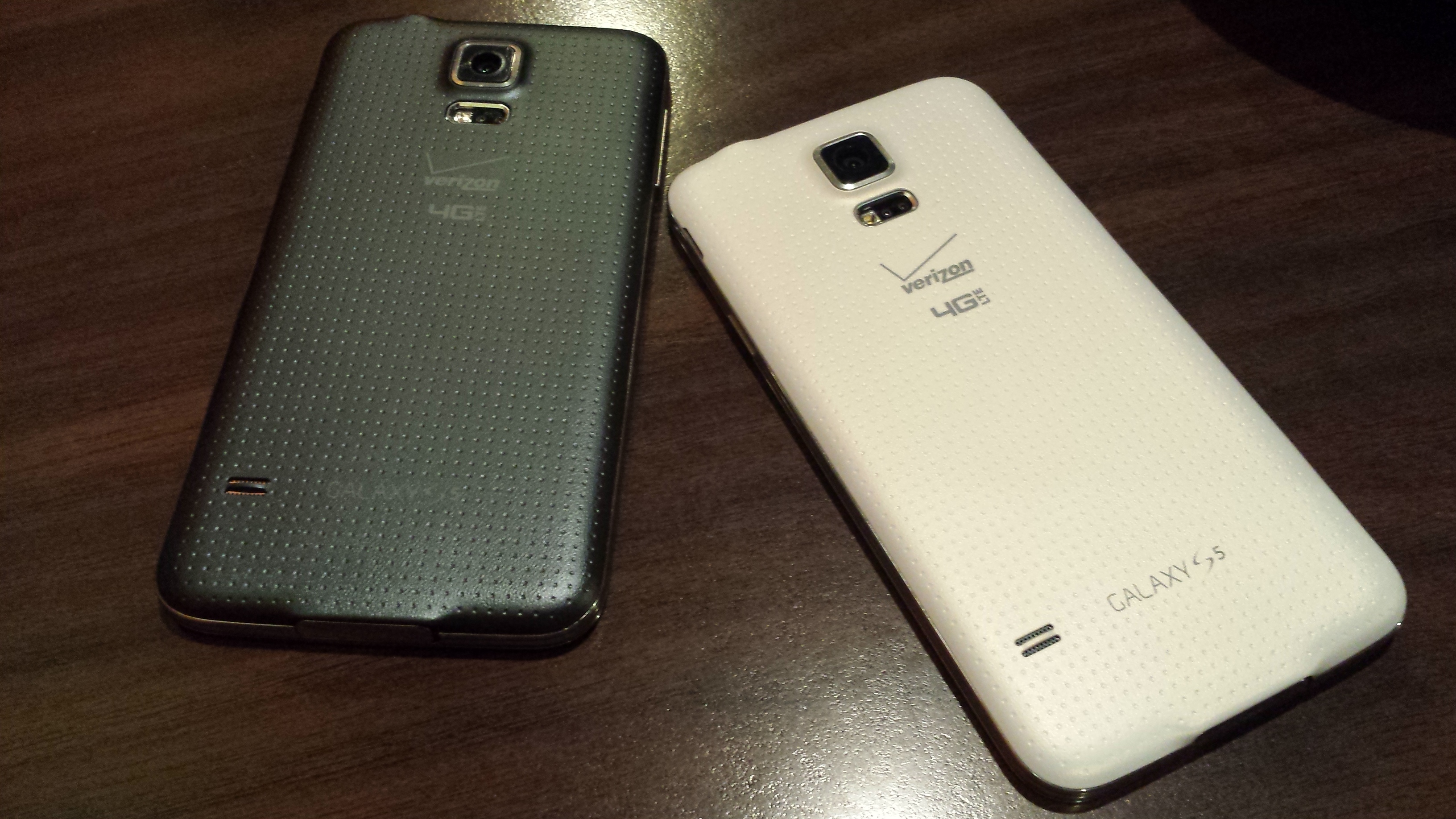 Powered by a Snapdragon 801 processor, with 2 GB of RAM, while there hasn’t been much progress since the Galaxy S 4, the device is no slouch. (Full Specifications here) Although the Galaxy S 5 is still made of plastic, it’s much higher quality feeling than it’s predecessor. New features to the Galaxy S 5 include a heart-rate sensor on the back of the device and the added fingerprint scanner functionality built into the home button.

The updated Galaxy S 5 is also waterproof similar to the Galaxy S 4 Active, with a plugged USB 3 charging port and rubber gasket-ed removable battery door. Aside from those details and the textured battery door, the device looks remarkably similar to its younger brother the Galaxy S 4.

In the Software of the Galaxy S 5 we can see the result of Samsung’s agreement with Google to tone down the TouchWiz interface. Like the Nexus 5’s Google Edition launcher, the “Okay, Google…” command will activate Google’s voice search from the the new TouchWiz home screen of the Galaxy S 5.  On the Verizon edition, at least, the TouchWiz web browser is gone and Google Chrome is the stoc browser (but this isn’t the case on all Galaxy S 5 variants.)

Unlike the Galaxy S 4’s categorized tabs, the settings menu on the Galaxy S 5 is automatically organized as a straight menu list, reminiscent of the Nexus devices. You’re able to switch to the new “Grid view” layout using the menu button at the top right. 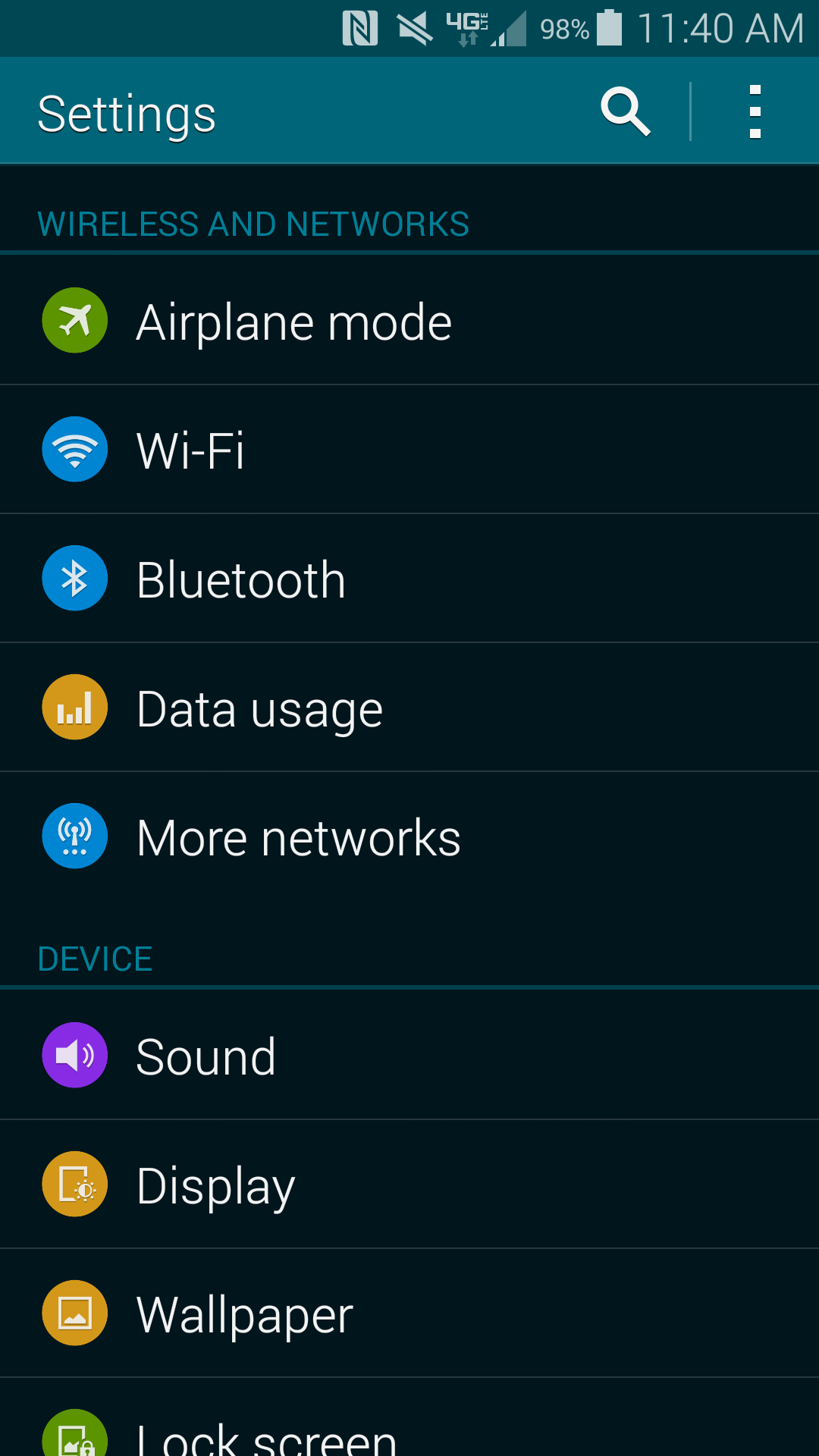 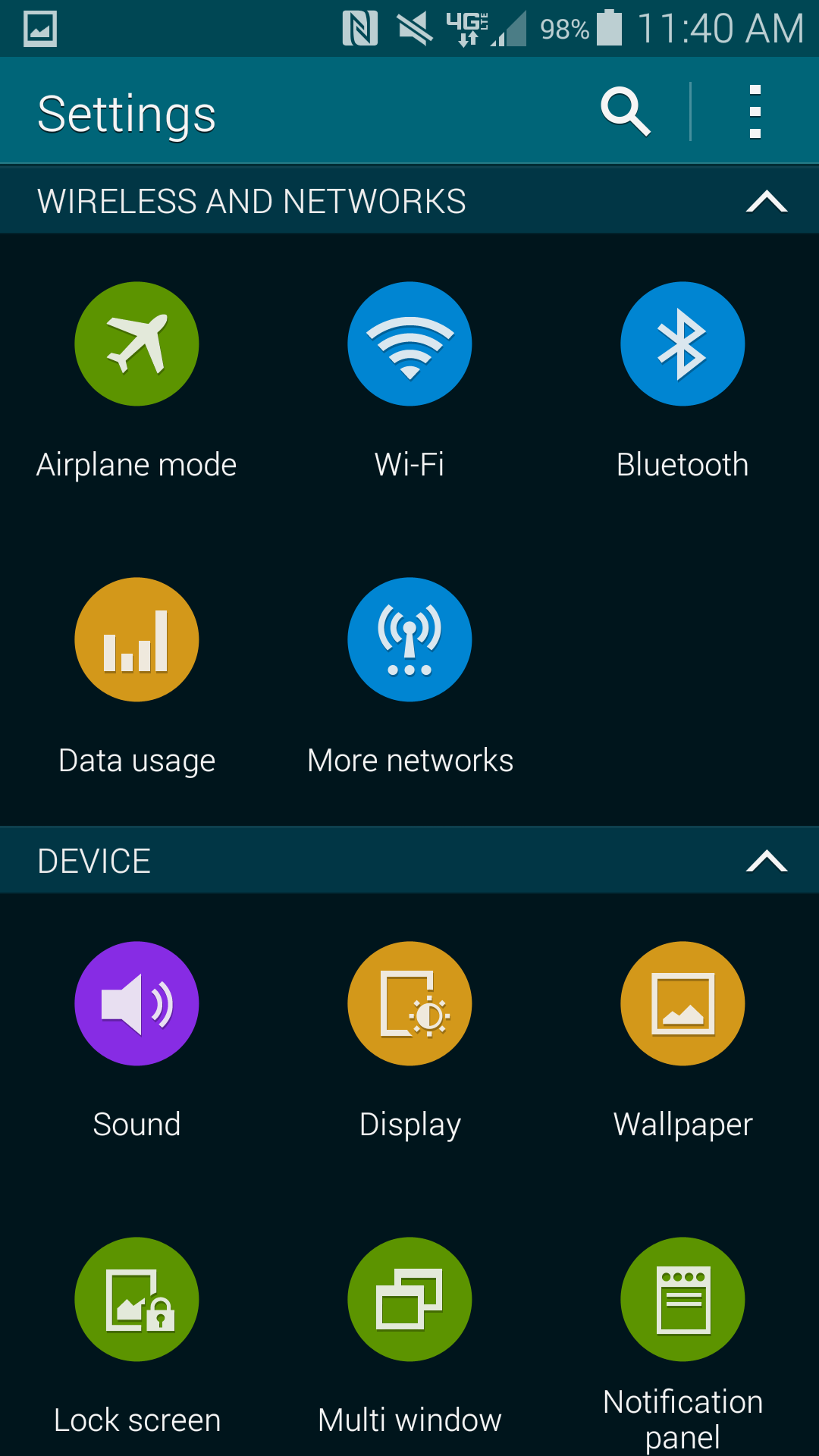 When accessing the menu located on in the app drawer you’ll find the familiar options to edit and change views of the application list. New to this menu is the “GALAXY Essentials” option which will take you to a store dedicated to Samsung Galaxy apps. It seems that this option and a “GALAXY Essentials” widget are the only ways to access this market.

Lastly, although there isn’t much exciting and new about the camera app on the Galaxy S 5, The 16 MP sensor does perform admirably, I did a little comparison between the HTC One M8 and the Galaxy S 5 here: