The smaller Pixel comes with a 5-inch HD OLED display and retains the traditional design aesthetics, meaning it comes with pretty prominent chin and forehead, while the Pixel 2 XL boasts a 6-inch OLED display, curved glass and the modern 18:9 aspect ratio.

Both Pixels 2 preserve the glass accent around the camera for easier signal reception. Google made the glass window smaller than on last year’s models, so now the fingerprint reader lives right on the metal body. And in the case of the Pixel XL 2, designers have decided to spice things up by introducing an antithetical dual-tone color scheme that makes the glass window much more noticeable.

While on the outside the two new Pixels look quite differently, Google made a big deal in highlighting that the smaller Pixel 2 and bigger Pixel 2 XL will offer pretty much the same features. Here are the main specs for the two phones:

Ok, now that you have the raw specs, let’s talk about what Google hopes will differentiate these phones from the crop of Android flagships out there. Behold: 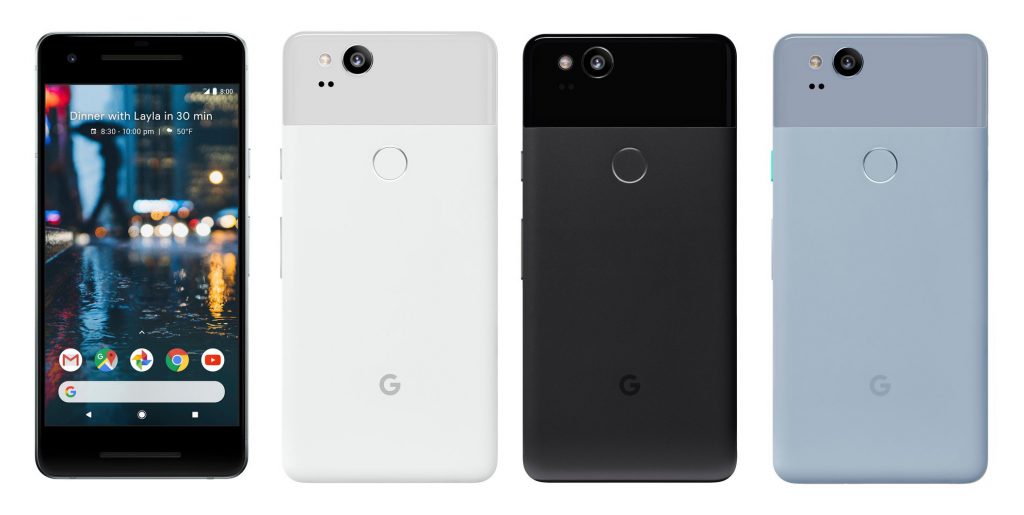 Google borrowed HTC’s Edge Sense pressure-sensitive frame and re-named it Active Edge. So users will be able to give the Pixel 2 (or Pixel 2 XL) frame a squeeze and the Google Assistant will start listening to there commands and queries. What’s more, this even works even if the phone is off.

Google has adorned the new flagships with a new home screen which has the Google search bar living at the bottom. A new top widget that shows upcoming appointments has also been added.

Obviously, the Pixel 2 and Pixel 2 XL will ship out with the latest version of Android 8.0 Oreo and will be first in line to receive any new updates immediately after Google pushes them out. 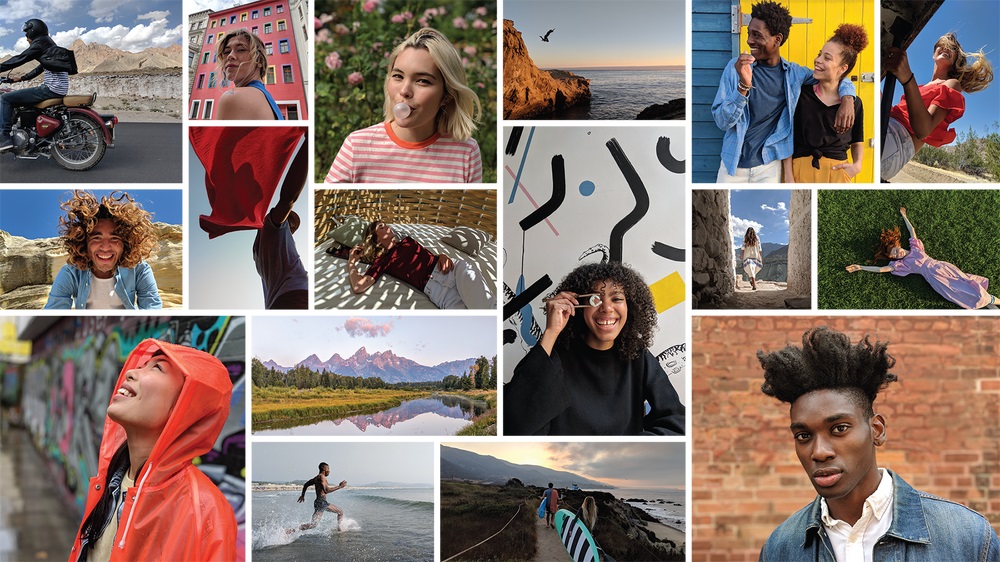 Last year’s Pixels took advantage of one of the best cameras on the market (DxOMark can confirm) and, in 2017 Google has improved upon it.

The Dual-Pixel technology can supposedly divide every pixel in two, which means Pixel 2 users will be able to take advantage of a blurred background effect, even as the phone lacks a secondary primary camera.

Google also introduced an alternative to iPhone’s Live Photos, dubbed Motion Photos. Its functionality is pretty much the same, as it allows the Pixel 2 to record a three-second clip around each photo and output in the form of a file.

The Pixel 2 phones will be the first to ship out with Google Lens, a visual search feature that uses the phone cameras to tell you what you are looking at. The tool was unveiled back at Google’s I/O back in May, but it will only become available to users now. Lens can identify things like emails, phone numbers, artworks, movies or plants. 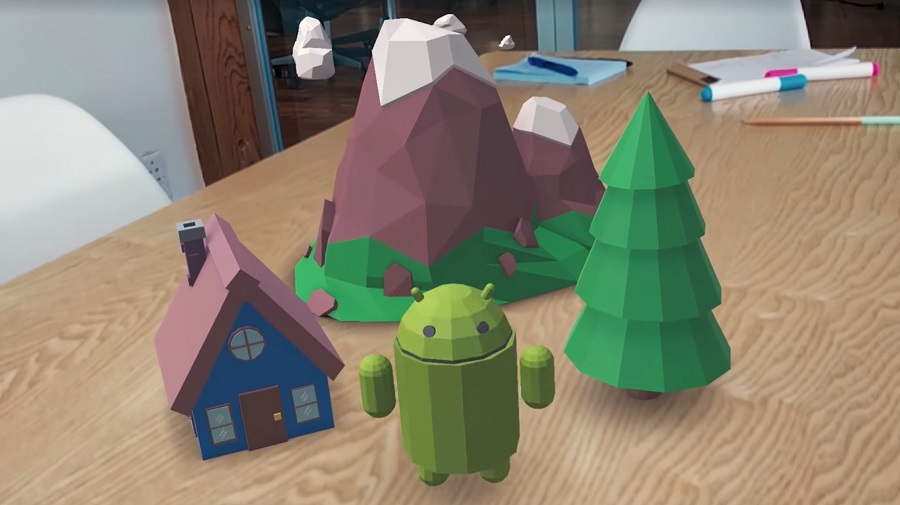 During the Pixel 2 presentation, Google also talked about some of its new projects powered by the ARCore platform (rebranded from Tango).

The company showed off a new feature called AR Stickers which lets users create scenes with 3D stickers in the environment around them. At launch, the tool will be available only on the Pixel 2.

Google provided viewers with one example in which cartoon Stranger Things characters came to life in AR on stage.

The new phones support an always-on display that shows notifications and time. On top of that, this year the Pixel 2s will take come equipped with “Now Playing” – a built-in Shazam-like feature which listens to music playing around you and shows what’s playing on the phone’s display automatically.

How much do they cost? 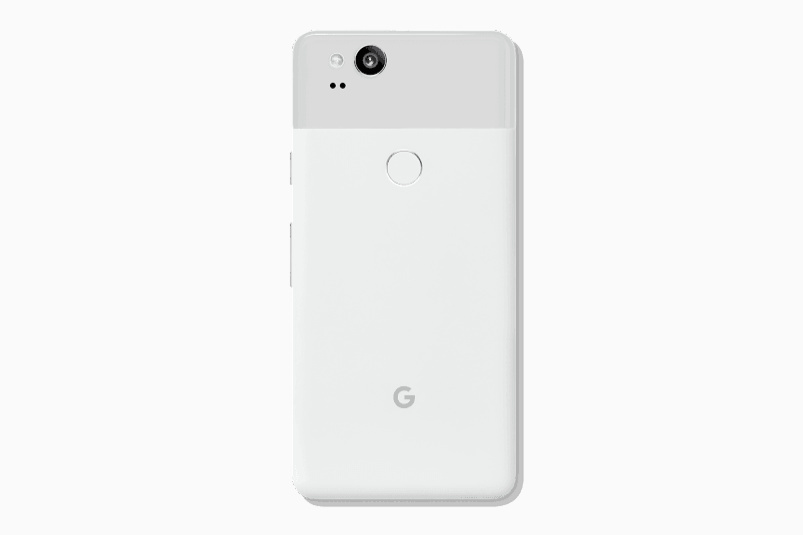 Google says the phones will start shipping on October 17. Order one until October 19 and you’ll receive a Google Home Mini free of charge (worth $49.99).