New phones are all the rage these days. It seems like most people are upgrading every year to brand new $800 phones and all the tech press talks about is the latest and greatest from Samsung, LG, and Apple.

While new phones are great, they’re not the only handsets on the market. There’s a booming space for used and refurbished phones on sites like Swappa and eBay. Additionally, you can even walk into a carrier’s store and buy older devices from time to time.

One of those “old” devices is the LG G6. It was the first phone (in the US) with an 18:9 display and also came with fan-favorite features like expandable memory, wireless charging and water resistance.

So, how is the G6 holding up? Is it still a good buy in 2018? We spent a month with the device and here’s what we found.

LG was one of the first to jump on the trend of phones with a large screen in a small body. The G6 packs a 5.7-inch 2880 x 1440p display in a body that’s just slightly larger than the display itself. While the more recently released LG V30’s OLED display left some to be desired, the LCD panel on the LG G6 was of much higher quality. It doesn’t suffer from the same color uniformity issues of the V30, though it does suffer in direct sunlight, as you can see above.

Just like the front of the phone, the back of the device is covered in Gorilla Glass 5. But, it doesn’t really feel like it. The glass almost feels like plastic but doesn’t provide the same resistance to damage. It’s honestly the worst of both worlds in this situation. It doesn’t feel premium and it can break much easier. And those fingerprints… ugh. If Android OEMs are going to continue to make phones with glass backs, please spring for some oleophobic coating on the back too.

The aluminum housing has a headphone jack on top, a SIM and microSD card combo slot on the right, and a USB type-C port and speaker down below. Interestingly, the two volume buttons dot the left side of the device. While this isn’t weird for phones as a whole, it is for LG. Up until the G6, LG had been placing the volume buttons on the rear of the device around the fingerprint sensor. I applauded that design when LG was using it, but don’t feel any great sense of loss with the new placement. Sure, it was cool but this is nothing to cry over.

The overall experience is still pretty decent a year on. While the LG G6 isn’t the most premium phone, it’s far better than a newer midrange phone. Those may seem like false comparisons, but you can get the LG G6 for as low as $200 used on Swappa, less than what you would spend on a new mid-range device. I do not suggest picking up the G6 from a carrier store. They’re still charging between $480 and $675 and that’s way, way, overpriced for this phone in 2018.

When the LG G6 launched in March of 2017, it had the best specs possible. For about a month. The truth is that Samsung bought Qualcomm’s entire stock of the Snapdragon 835 SoC for its Galaxy S8 and S8 Plus smartphones. This forced LG to either use late 2016’s flagship chip, the Snapdragon 821, go with another silicon manufacturer, or wait until there was more stock for its devices.

It chose door number one.

Going with another silicon manufacture would’ve presented cost and availability challenges while waiting for Samsung to get a jump on them probably would’ve left the G6 dead on arrival.

I feel like LG made the best of a bad situation, but it’s still going to bother some potential buyers that you’re buying a phone with 2016 silicon in 2018. That’s completely understandable but current owners will probably tell you (and I agree) that there’s really no reason to upgrade to a Snapdragon 835 or 845 phone at this time. The LG G6 still performs wonderfully today.

Looking back at it now, it was probably the right move. The Qualcomm Snapdragon 821 was a fantastic SoC and it still holds up. In our testing, it could handle every app we threw at it. While there were a few dropped frames in the most demanding games, it still flew through pretty much everything else. We’re going to chalk up the dropped frames, micro-stutters, and home screen redraws to LG’s skin.

The rest of the spec sheet follows the 2017 flagship formula. Four gigabytes of RAM and 32 GB of storage are on board and the 3300 mAh battery is more than enough to keep you powered throughout the day and into the night. During our testing period, we never once ran out of juice during the day and normally went to bed with anywhere between 20 and 40 percent of our battery left. 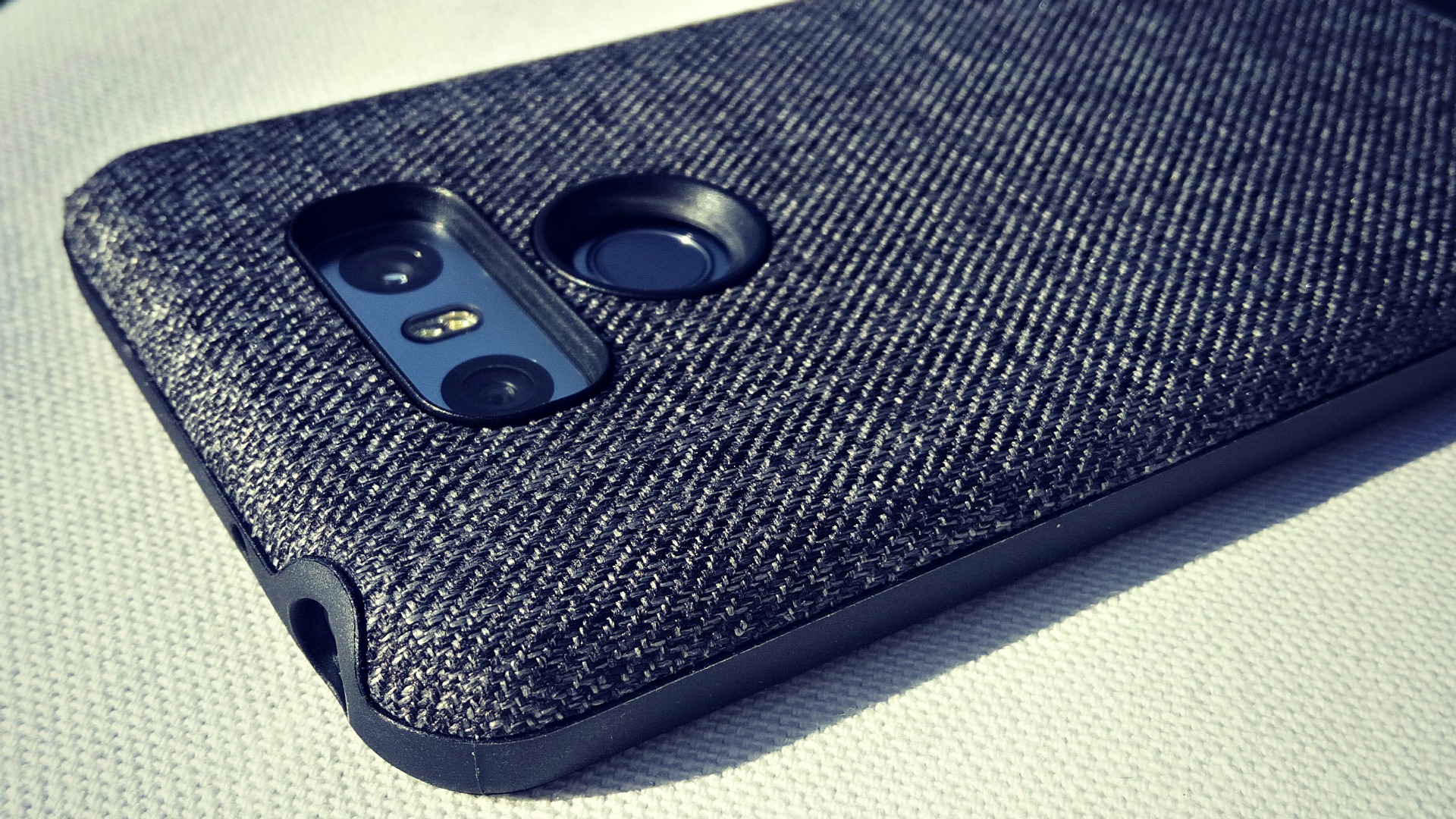 One of the features that LG likes to hang its hat on is how its cameras perform. It has put serious effort into being one of the best in the mobile photography game. The G6 features a dual camera setup, with one lens at a normal field-of-view, while the secondary lens has a 125 FoV.

The secondary camera can be used for excellent wide-angle effects and to get a large group of people in a shot. I personally prefer this method than using the secondary camera a monochrome sensor or for zooming purposes, but that’s just a personal opinion. I think it gives the camera setup more utility than other, non-LG phones.

But, the cameras are just alright. Maybe its the passage of time and newer devices coming onto the market, but I just feel okay about the G6’s camera. I am whelmed; not underwhelmed or overwhelmed…just whelmed.

The G6 definitely has a better camera than a comparably-priced new mid-range phone, but it is certainly not able to stand up to newer flagships or even some from 2017 like the Galaxy S8, HTC U11, or the V30.

The selfie cam is a standard 5 MP shooter, the same as the previous generation LG G5. It can record 1080p video and comes with beauty mode for selfies, if you’re into that sort of thing. I’m not, so I stayed as far away from it as possible. Even beauty mode can’t help this ugly mug. One bit of praise we do have for the front-facing camera is that it sits at a 100-degree FoV. This is perfect for group shots when using the selfie cam.

I’ve never been a gigantic fan of LG’s software. The skin it places on top of Android just feels… bloated to me. I don’t love the color pallet and it feels like LG changed things just for the sake of change. I don’t think that’s a good enough reason to divulge from Google’s design language or suite of required apps. But, LG did it anyway and here we are.

A lot of the things here just bug me. Whether its the settings menu with tabs that I don’t want or the addition of Quick Memo and other fairly useless apps, I just could never convince myself to be a fan. We’re here a year later and I don’t feel any different. LG’s skin is still the same as it ever was and it makes me want to put the phone down and pick up something else.

A third party launcher is one of the first things I would recommend you install. Unfortunately, Nova Launcher can’t cover up all of LG’s poor decisions.

Is it as bad as I’m making it out to be? No, probably not. But after spending time with phones like the Samsung Galaxy S9, Pixel 2 XL, OnePlus 5T, and even the iPhone X, LG feels far from the pack.

There are some redeeming features like a theme engine and the ability to edit your navigation buttons, but they’re few and far between. I feel like LG needs to go back to the drawing board and come up with something completely new going forward. Especially since the G6, released almost 14 months ago, still sits on Android Nougat. 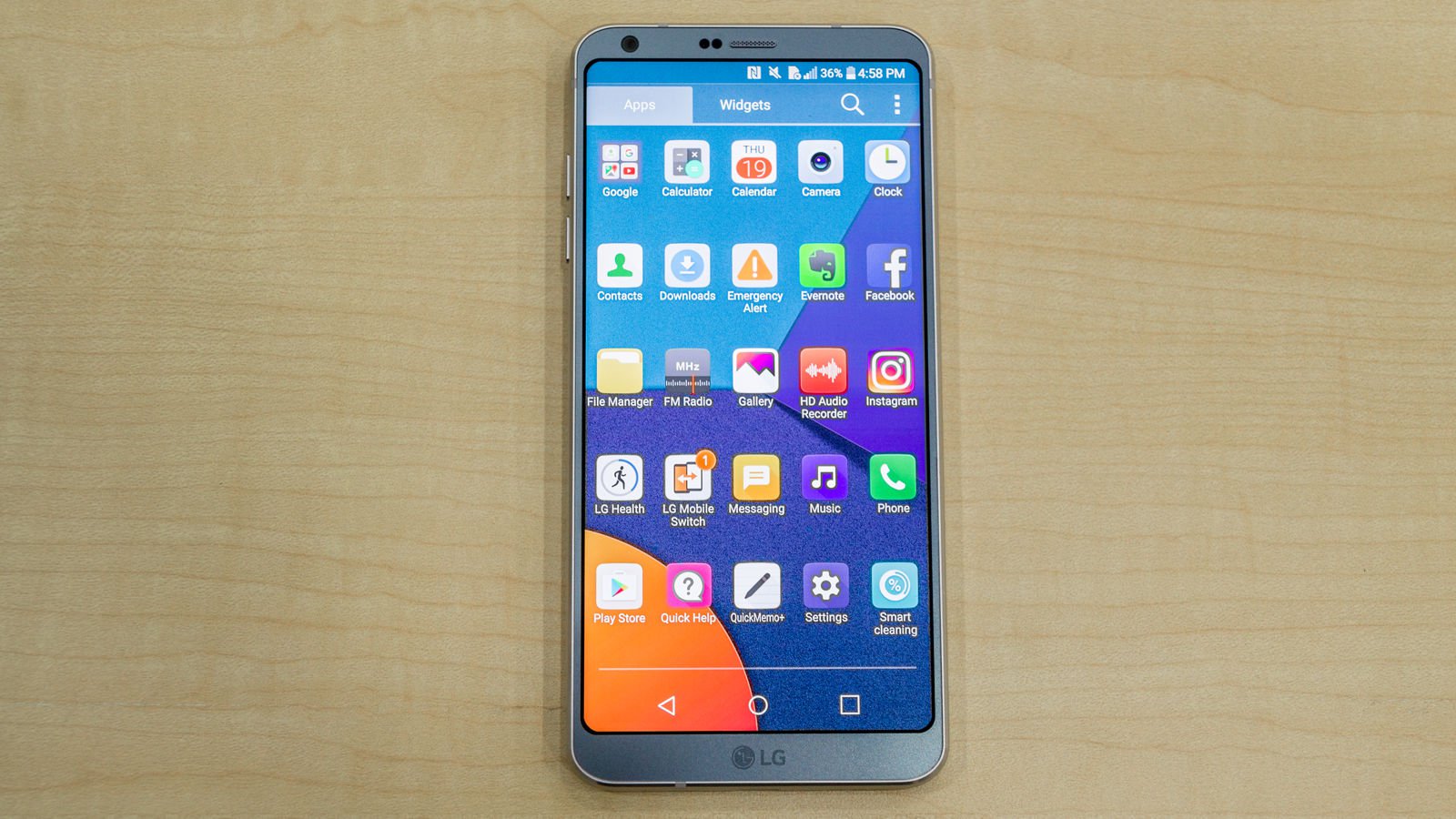 I don’t like to end reviews on a low note, especially for phones that I like. And truth be told, I do like the LG G6. There is a ton to like here for a phone you can pick up used for between $200 and $300.

Now that we’re used to phones with an 18:9 aspect ratio, the LG G6’s display might not feel like a standout feature, but I think it is. Okay, sure, it can’t get as bright as some others, but there was never a time when I was looking at it (indoors) that I felt like I was missing out. That’s huge to me since its our main source of input for the device. A bad screen can make an otherwise perfect phone a pass.

Damn is this thing fast. Sure, it comes with the caveat of stutters and home screen redraws, but app opening and loading times are excellent. I never felt slowed down by the G6 whether it was opening a new app, switching between two open apps, or any other action I may have taken. The only time you notice processor speed is when the phone is doing something wrong — and I almost never noticed it.

It also has a lot of the other little features I love too like wireless charging, quick charging, expandable storage, and more. And that battery life — Good Lord. If I had just a couple hundred dollars and I needed a phone today, the LG G6 would be my first pick.