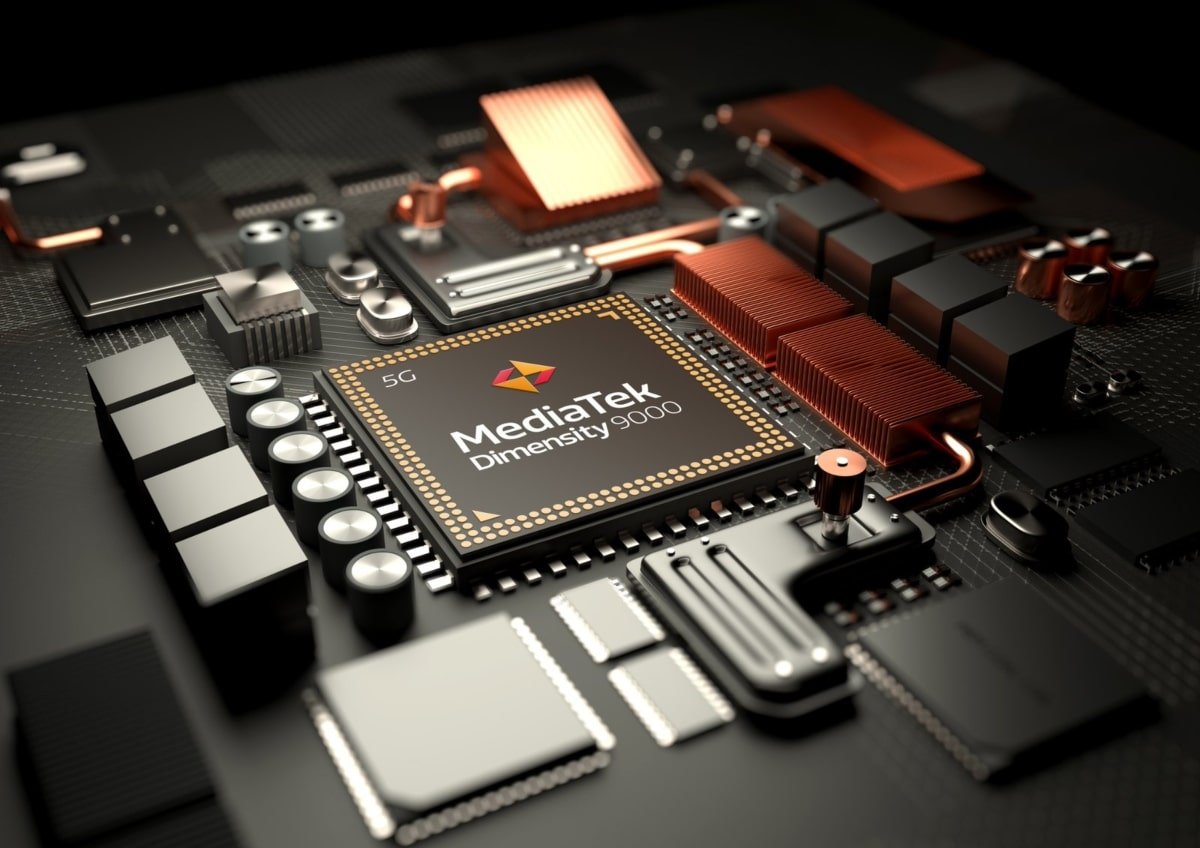 Taiwan-based MediaTek has taken the wraps off its new Dimensity 9000 chipset for 5G flagship devices. The new flagship SoC (System-on-chip) has an octa-core CPU (one Cortex-X2, three Cortex-A710s, and 4 four Cortex-A510s), a 4nm manufacturing process, and a Mali-G710 GPU.

MediaTek’s new chipset is looking to make a more even playing field with the upcoming Snapdragon 8 Gen 1. According to rumors, they feature the same octa-core setup as well as the same GPU power.

MediaTek’s new chipset is built off the ArmV9 architecture and supports LPDDR5x at up to 7500Mbps. The SoC supports up to 320MP cameras and has enough power to capture 4K HDR on three cameras simultaneously

If you thought 90Hz, 120Hz, and 144Hz looked great in your hand, wait until you see the next-generation stuff. Gamers will enjoy the new Mali-G710 processor and tech that supports up to 180Hz full HD+ displays. It’s also capable of WQHD+ resolution of 144Hz refresh rate. It is capable of raytracing using Vulkan for Android.

All of this is a fancy way of saying that your video playback, game experience, and mobile multimedia are set to take a big step forward.

Other notable features are Bluetooth 5.3, Wi-Fi 6E 2×2, sub-6GHz 5G, and 3CC Carrier Aggregation for downloads up to 7Gbps.

Expected to hit consumer devices some time in the first quarter, the new chipset is packed with a number of “world first”. Among them are the first mobile processor with a 320-megapixel camera, a triple-exposure camera with 18-bit HDR, and 8K AV1 video playback.

Moreover, it is the first to have a 3.05GHz core, Mali-G710 GPU, and an AnTuTu benchmark score of more than one million. And then there’s also Bluetooth 5.3, and other connectivity firsts as well.

Given that MediaTek has so many hardware partners in the smartphone space, it won’t be long before the handset announcements begin. Based on its current standing we expect to see players like Oppo, Vivo, realme, Xiaomi, and OnePlus stepping up first. Then, depending on how the US market shapes up in 2022, we could also see familiar brands like Samsung and Motorola locally.

The new MediaTek SoC Dimensity 9000 is shaping up to be a very exciting release. Let me know which flagship device should go for this new SoC instead of a Snapdragon SoC.