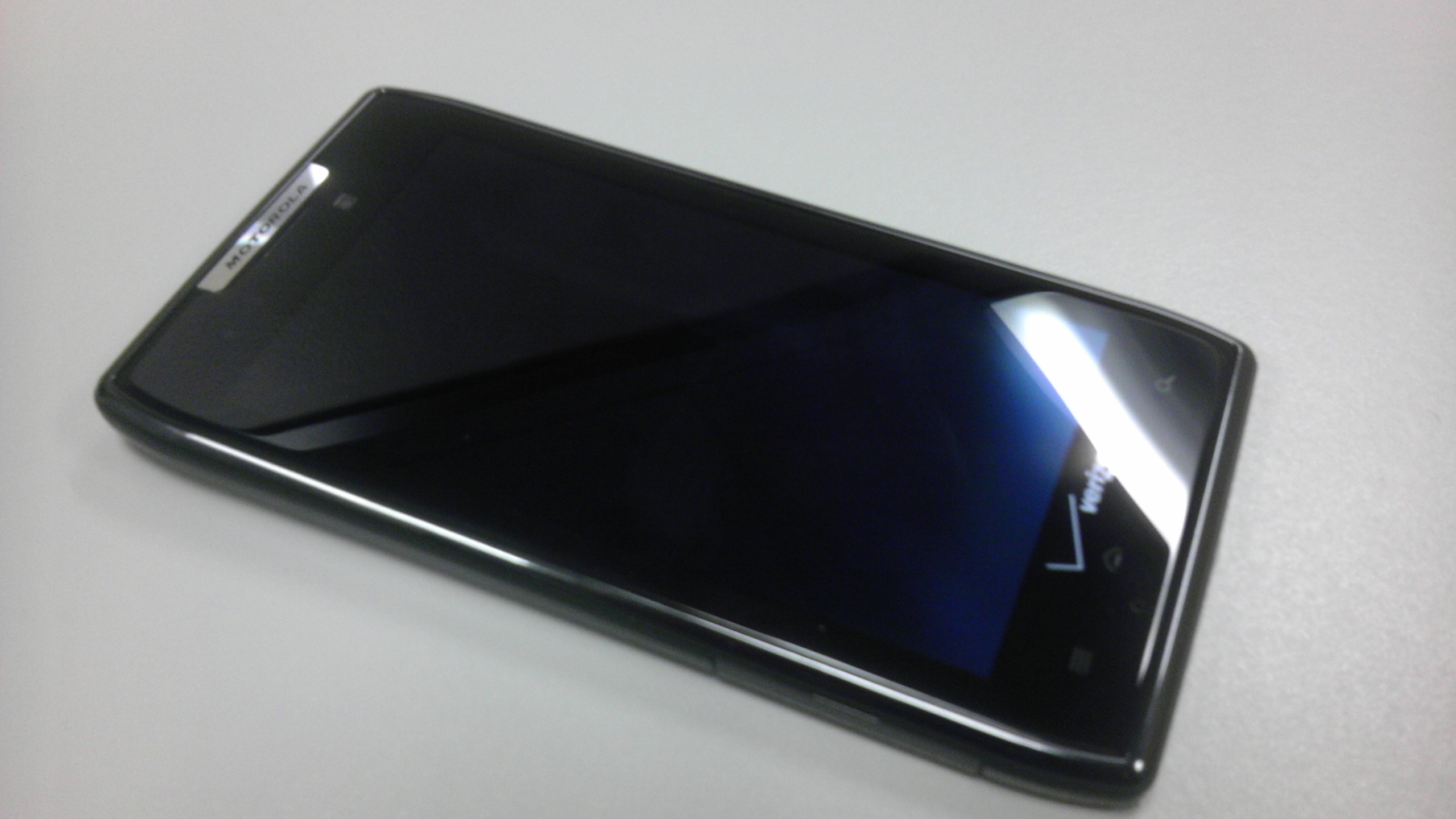 The Motorola DROID RAZR has been all the hype lately, and for a good reason. Verizon is touting this as the latest and greatest new Android device on their network. The question is, however… is it? I was able to spend some good, quality time with the new RAZR before its release coming on 11/11/11 at 11:11 AM, and I’ve got a pretty solid feel for this super-thin device. The good, the bad, and yes, even the ugly. Want the full rundown? Check out below, and see if the hype lives up to real life for Moto’s new bouncing baby phone.

What’s the first thing you notice about the DROID RAZR? How thin it is, of course. Coming in with a tiny waistline (thickness) of just 0.28 inches, this phone is by far the thinnest Android smartphone I’ve ever held, however with remaining dimensions of 5.15″ x 2.71″, the rest feels pretty standard. While this sounds great, it can make it a pain to use with one hand, however. The phone does have the bump at the top to just about double that thickness, which isn’t surprising, considering all the hardware packed into the device. The screen itself is a super AMOLED 4.3 inch 540×960 display made of Gorilla Glass, and lives up to it. The screen still showed great not only in direct sunlight, but also at extreme angles. Similarly, thanks to the Super AMOLED aspect, the display gives vibrant brights and deep darks that give you a great viewing experience. 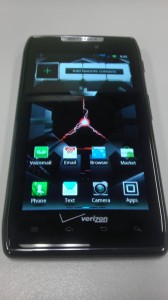 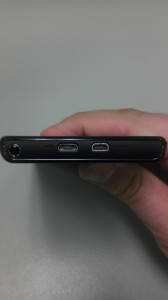 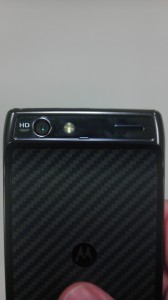 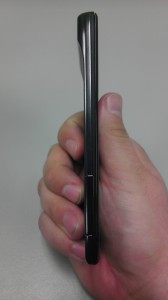 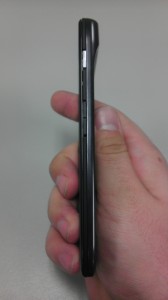 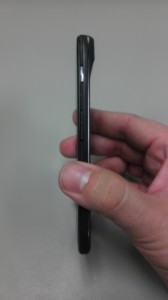 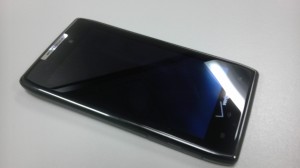 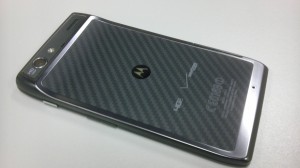 The battery? Totally different story, unfortunately. Granted, the device is so thin, it would be difficult for me to expect the battery powering it to give out enough juice to fill the cup of all the cool things that come with it: dual core CPU, 4G LTE, a vibrant display… the battery simply has trouble keeping up. During my review, which would be considered by anyone to be heavy use, the battery was unable to last more than about 4 to 4.5 hours before warning me that death is upon the device. To add to the con, the battery is non-removable, meaning you can wave goodbye to the hope of third party extended batteries.

Starting off in a sector where software and hardware collide, let’s talk CPU’s, shall we? The 1.2 GHz dual-core Cortex-A9 CPU runs like a power house in this phone, doing an amazing job of keeping all your apps running smoothly. Also, thanks to the full 1GB of RAM, you can have multiple apps running at once without many issues. The phone comes preloaded with the normal Verizon apps: Blockbuster, Let’s Golf, as well as Madden 12. The games all run great, but then you’re back into the battery dilemma. I know a lot of you are curious about benchmarks, so take a gander (clicking on each image will take you to the larger image): 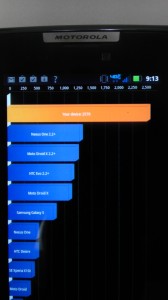 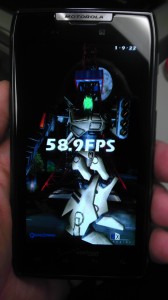 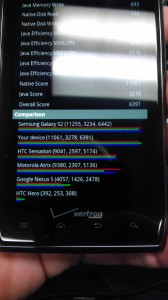 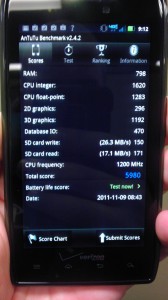 The 4G LTE network that the RAZR runs off of doesn’t leave you wanting more in the speed department, either. Here’s some benchmarks on that as well: 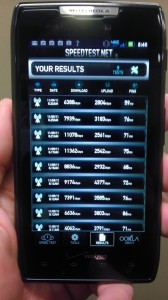 The camera also works wonderfully, with an 8MP rear and 2MP front facing. It does panorama as well, which is quite easy to use and very intuitive. Check out some shots from the camera (including panorama): 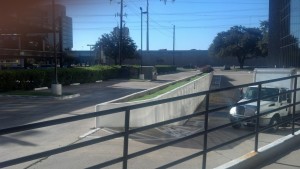 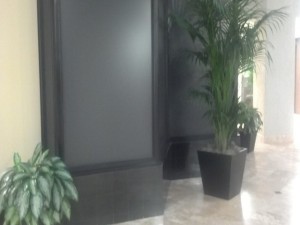 HD recording? Yea, we’ve got some of that, too:

The DROID RAZR by Motorola is definitely pushing the boundaries of what we think of when we think “smartphone”. The thinness of this device really makes you want to pick it up over and over again, just feel how thin it is in the hand, as well as make you want to let others hold it just to hear that “dang, that’s thin” over and over again. The specs are solid, and it performs well. Combining the dual core CPU with Verizon‘s blazing fast LTE network, the RAZR is a speed demon in every sense of the phrase. However, the battery has trouble keeping up, and the lack of being able to change out the battery simply makes matters worse. So, for you workhorses and data hogs out there, if you’re going with the RAZR, keep a charger nearby, or be prepared to suffer the consequences.