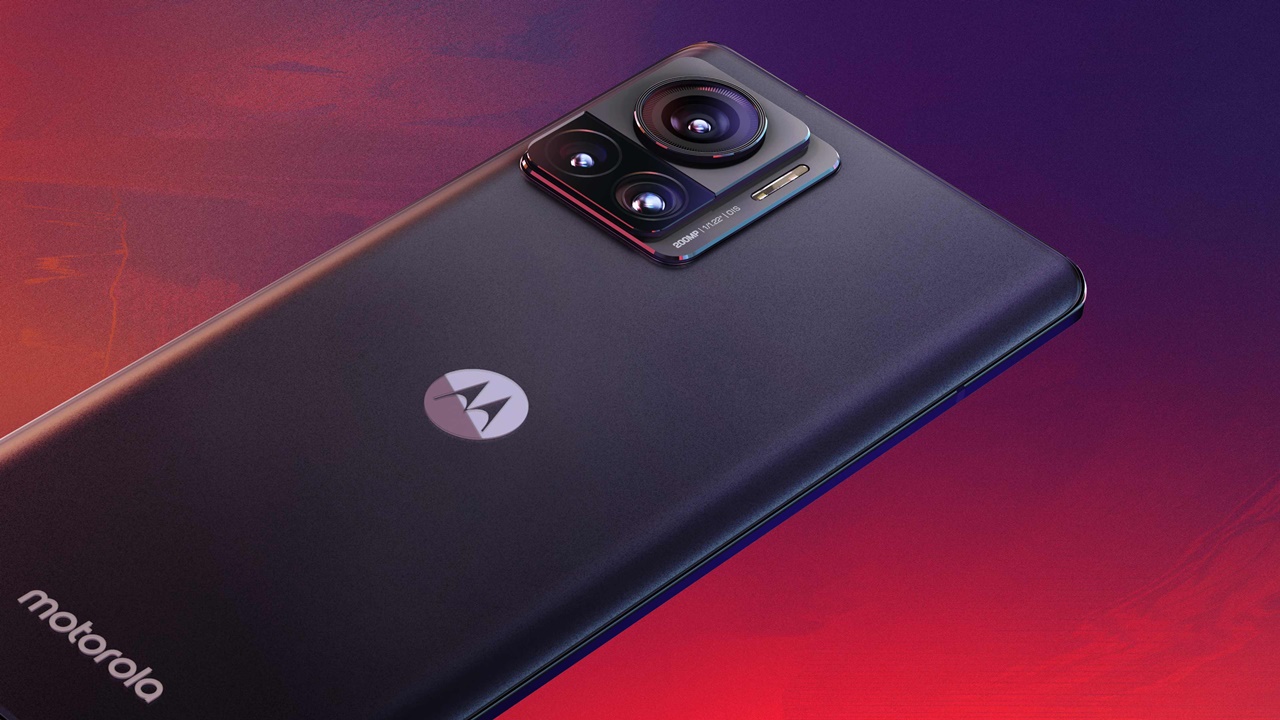 Motorola has finally unveiled the long-rumored Motorola Edge 30 Ultra worldwide. The smartphone, previously unveiled in China as the X30 Pro, is the first to have a 200MP primary camera sensor. The company has also announced the other Edge models, 30 Fusion and 30 Neo.

Motorola’s new flagship has a 6.67-inch FHD+ curved AMOLED display with a refresh rate of 144Hz. The hole-punch selfie camera comes with a huge 60MP resolution.

The phone has the world’s highest-megapixel camera. In addition to the 200MP camera, the phone boasts two other rear cameras. These include a 12MP telephoto sensor and a 50MP ultrawide sensor. As mentioned above, it features a 60MP hole-punch selfie camera.

The Samsung ISOCELL HP1 sensor, which has a 200MP camera, was introduced in 2021. The sensor can use pixel binning to combine up to 16 pixels, producing a 12.5MP image with big 2.56 mm pixels. Briefly, a 200MP resolution is an option for consumers who want more detail while zooming. The sensor is also capable of 8K video at 30fps.

Motorola Edge 30 Ultra is powered by Snapdragon 8+ Gen 1 5G chipset along with 12GB RAM / 256GB storage configuration. The device has a vapour chamber cooling system to prevent the phone from overheating.

The flagship has a 4,610mAh battery with 125W wired charging. Edge 30 Ultra also supports reverse charging and 50W wireless charging. According to Motorola, customers may expect a day’s worth of power in just seven minutes. A full charge should allow the phone to operate for more than a day.

Interstellar Black and Starlight White versions of the Edge 30 Ultra are available today in the US. The standard 128GB storage variant costs €900 (~$907) as a starting tag. This places the new Moto in the same class as other flagship competitors, including the OnePlus 10 Pro, iPhone 14 Pro, and Samsung Galaxy S22 Plus.