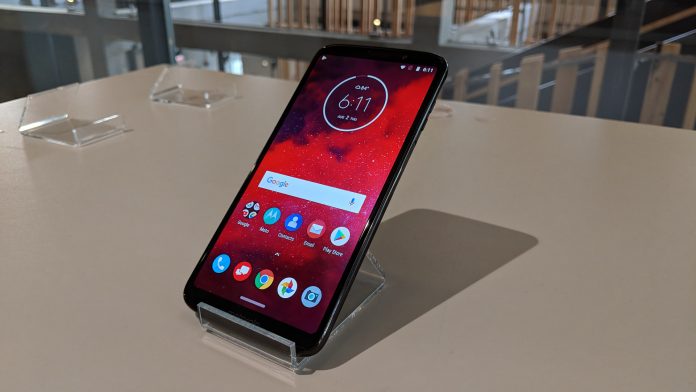 Motorola on Thursday announced its latest smartphone, the Moto Z3, as well as a new 5G MotoMod. Indeed, it’s an accessory that works on the current devices with MotoMod support, delivering the next-generation of high speed data.

It’s all very cool stuff that will knock your socks off, but it won’t happen anytime soon. First, carriers have to build out their respective networks. And that could be a long time off for those who don’t live in major metro areas.

We were invited to Motorola’s headquarters in Chicago today where we got to see the new phone and a taste of things to come when 5G is deployed.

In addition to hearing from Motorola, there were also representatives from Verizon and Qualcomm on hand. Although it took place in Motorola’s building, today felt more like a sneak peak/sizzle reel for Verizon. 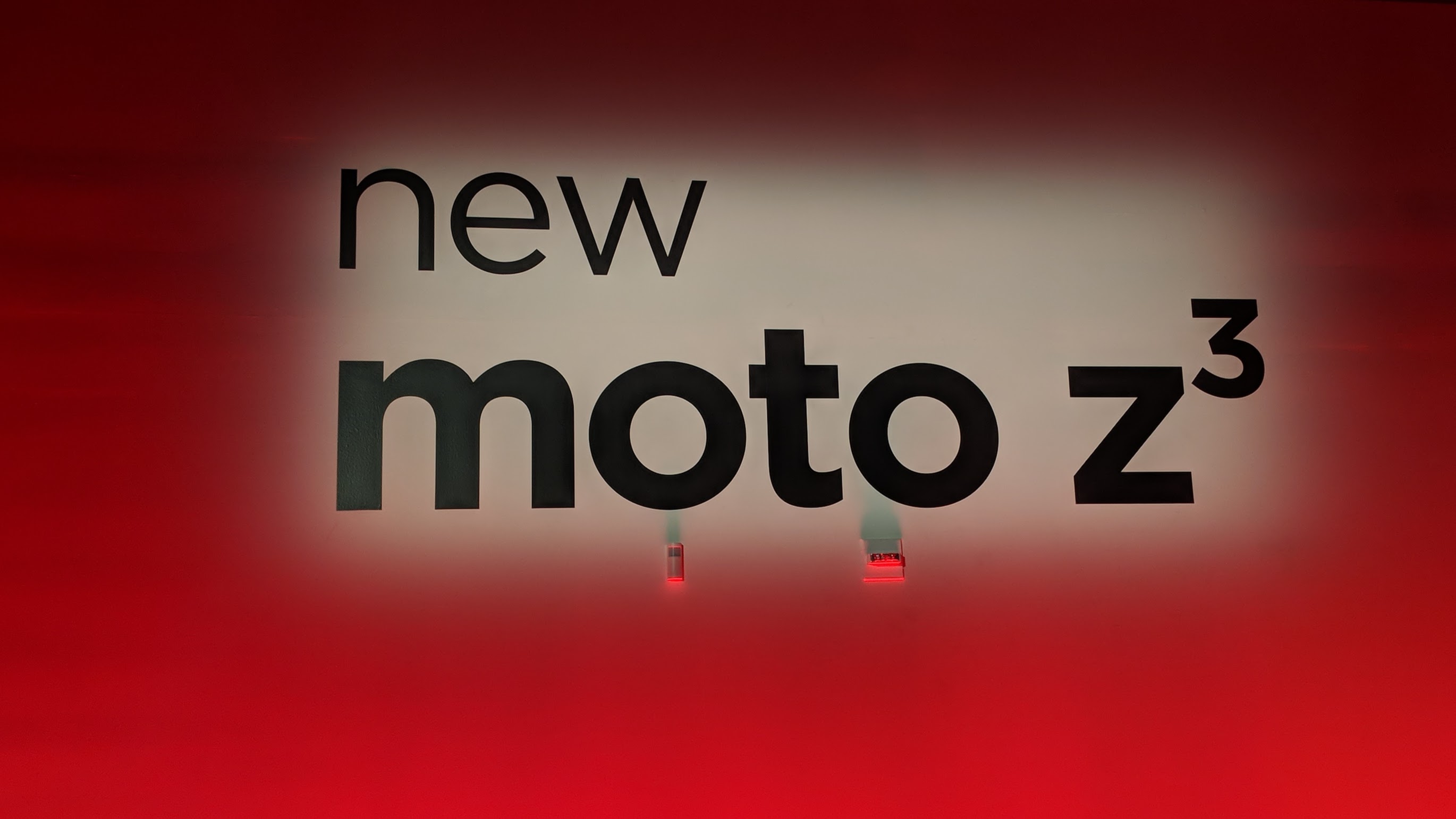 The Moto Z3 arrives on August 16 and will be offered through a carrier exclusive deal with Verizon. Pricing shakes out to just $480 for the phone, or $20 per month for two years.

The first phone ready to handle 5G speeds, the Moto Z3 will theoretically pull down 5 gigabits per second. Uninterrupted 4K streaming is a possibility through 5G networks, thanks to the Snapdragon-powered X50 modem found inside. Again, great tech to be sure, but nothing you’ll likely taste for some time. 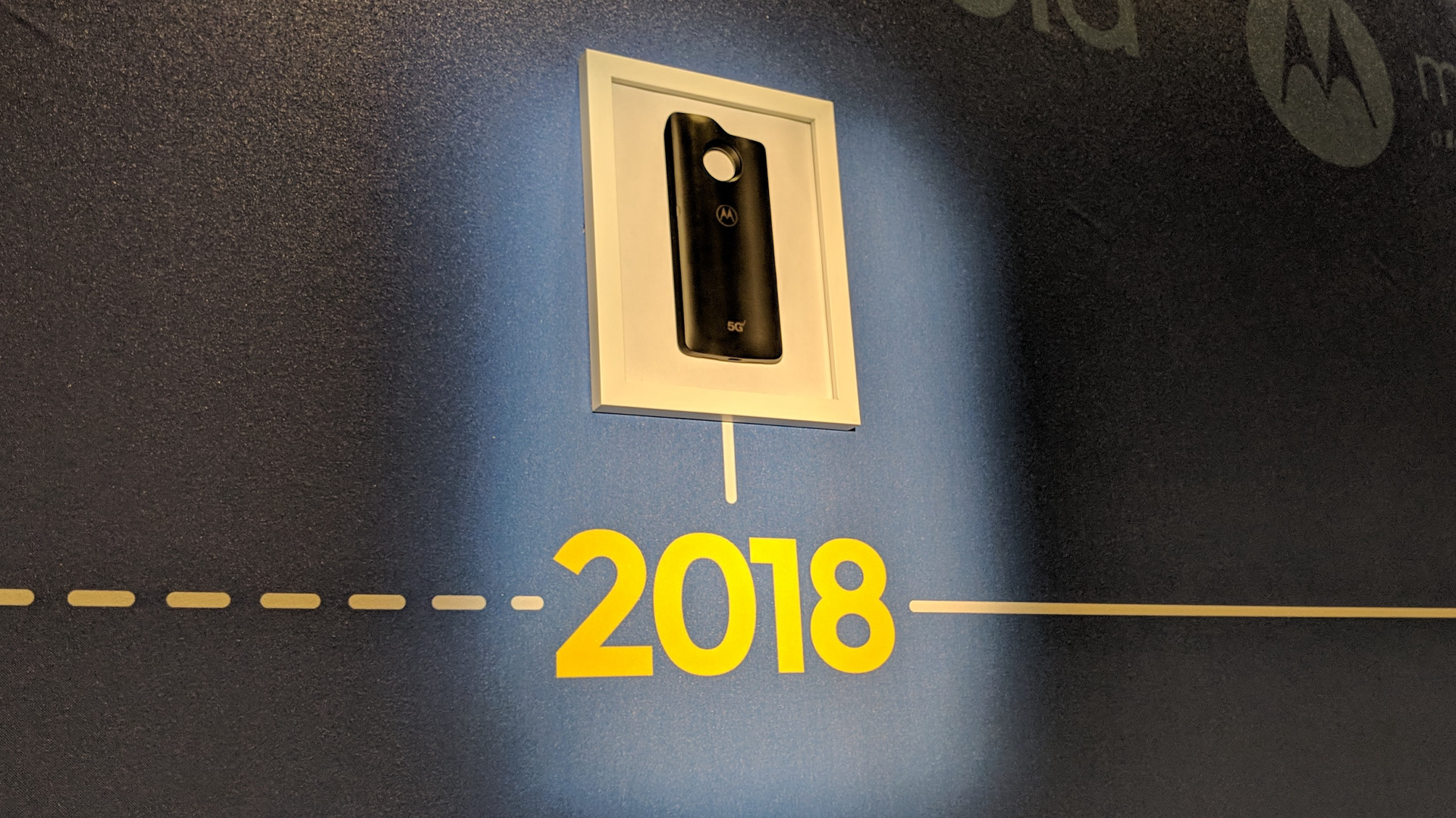 On paper, the Z3 is not all that different from its predecessor, the Z2. It’s definitely more evolution than revolution, and that’s putting it somewhat mildly.

Those who follow the tech space closely will surely see that this one doesn’t step up much in the specs. General consumers, however, might not understand or notice the differences.

One noticeable difference comes in the area of security. Whereas most phone makers go with the front-side or rear sensor, the Moto Z3 reads your touch in a convenient and comfortable manner. It is found on the side edge of the phone where your naturally hand goes when holding it.

The Z3 comes with a pair of 12-megapixel cameras on the rear, bolstered by an array of software enhancements and fancy features. Around front you’ll find an 8-megapixel shooter with its own tricks.

Offered in Ceramic Black, the phone packs a 3,000mAh battery and has USB Type C charging. According to Motorola, a half hour on a charger is enough time to get a half day’s worth of charge.

As part of a limited time promotion, Verizon is giving customers $300 off of the phone. To qualify, you must port their phone number to the carrier, sign up for payment plan, and trade in the current phone.

Verizon will be first to launch 5G in four US markets: residential broadband service will come to Houston, Los Angeles, Sacramento and one additional city, to be named later this year. One might assume Chicago based on today’s event but that’s purely speculation.

A mobile 5G solution is coming from Verizon in 2019. That’s where the MotoMod comes into play. The Moto Z3 has a 4G LTE radio inside, but because it can accept the external, magnetic module, it will be ready for Verizon when the network goes live.

You’ll have to wait for not only the 5G MotoMod to come later, but its price as well. Moreover, the network isn’t even built out yet. Verizon is currently in the process of building and establishing its next-gen data network.

Look for the 5G MotoMod to arrive in early 2019; pricing was not disclosed.

Given the chance to speak with members of the Motorola team, we inquired as to whether the Moto Z or Moto Z2 might allow for the 5G MotoMod. After all, that has been the promise all along, right? Buy a phone today and it can adapt over time with cool features and add-on tech.

We learned that while the Moto Z3 is the first to launch with support for 5G, it might not be the only one. Motorola wasn’t ready to go on record for its Z3 being compatible but we got the sense that it was a matter of time.

As for the older generation, though, it looks as if the door is closed on those two. This could be the first, and perhaps only, MotoMod that is not universally accepted across Motorola’s devices.