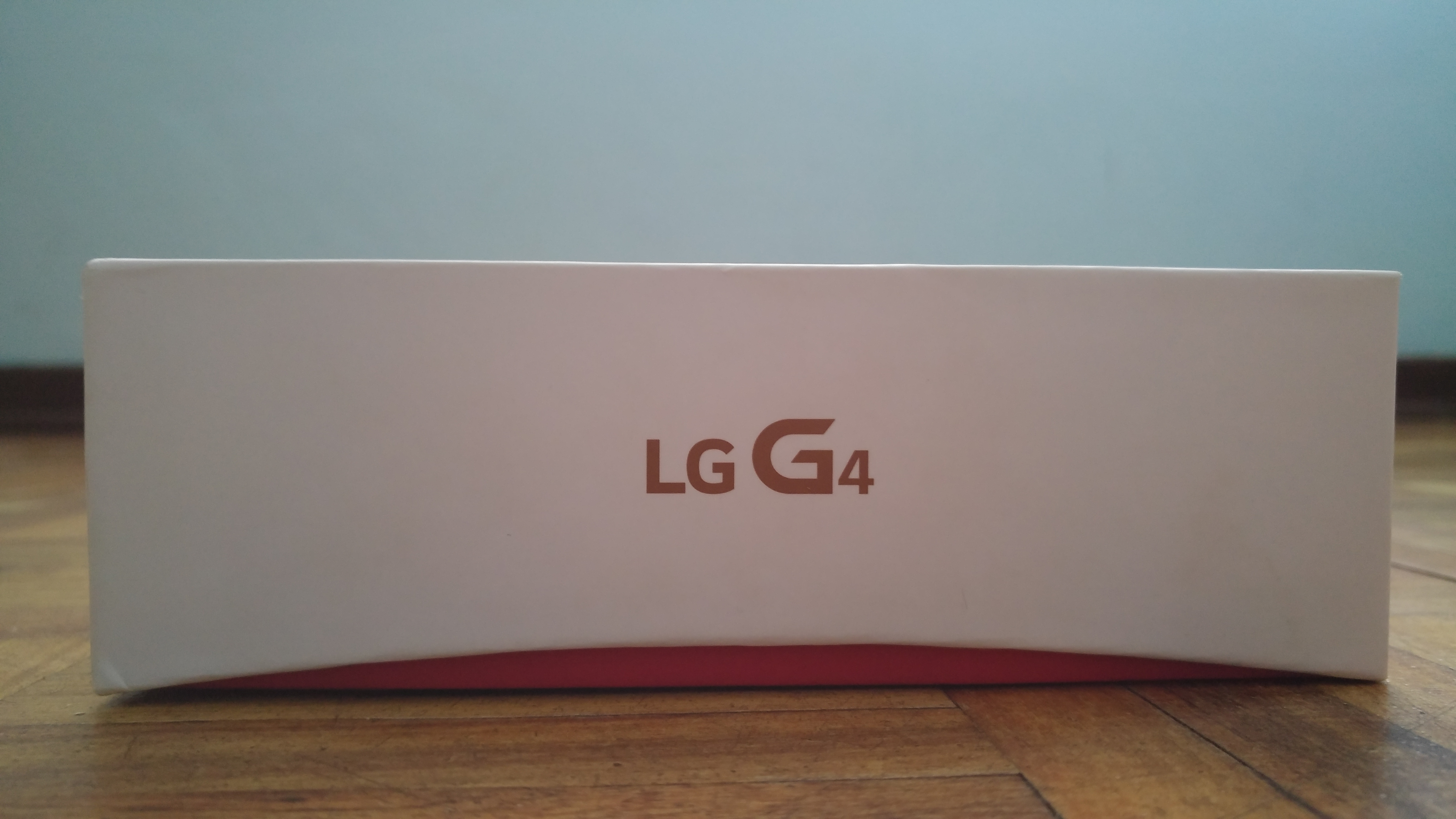 I’ve had my G4 for just over 2 weeks now. That excitement of opening the box is unparalleled by most things in the world.  I have to admit that this is the first flagship phone I’ve had. Usually I have some budget phone, my last Android being the outdated LG G2 Mini. I’ll break it up into sections to make it easier to read.

The box is nothing complicated. Sleek with a cool design, I quite like it. 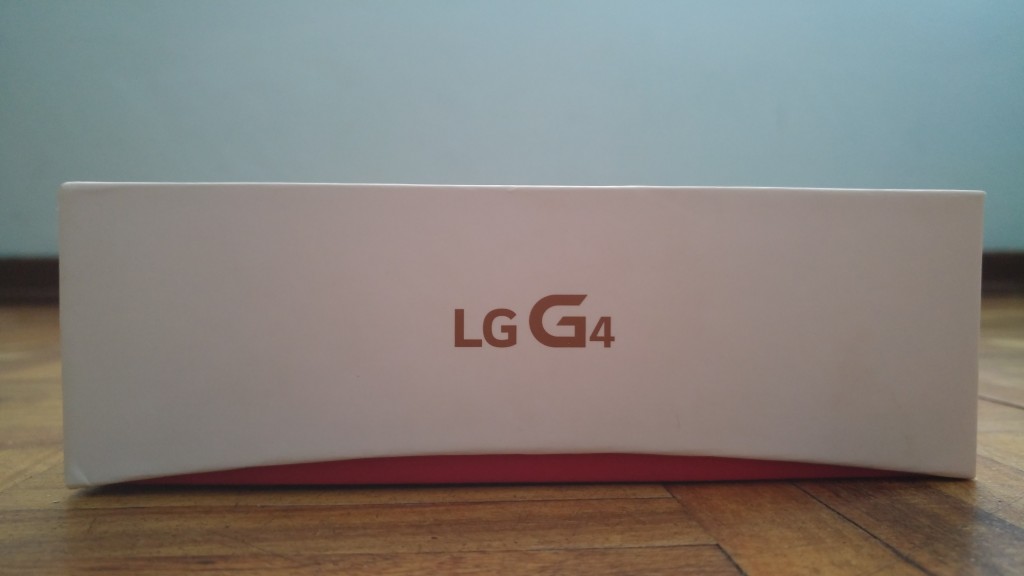 Open the box, and you’ll see an entire range of goodies. I got the Brown leather version and it came with an additional Gold plastic backing, which actually looks more like a shade of Silver. There’s also a pair of Quadbeats 3 headphones and a charger with a nice, thick USB cable. This no-nonsense, practical approach appeals greatly to me and means it’s easy to use and will last for a long time. 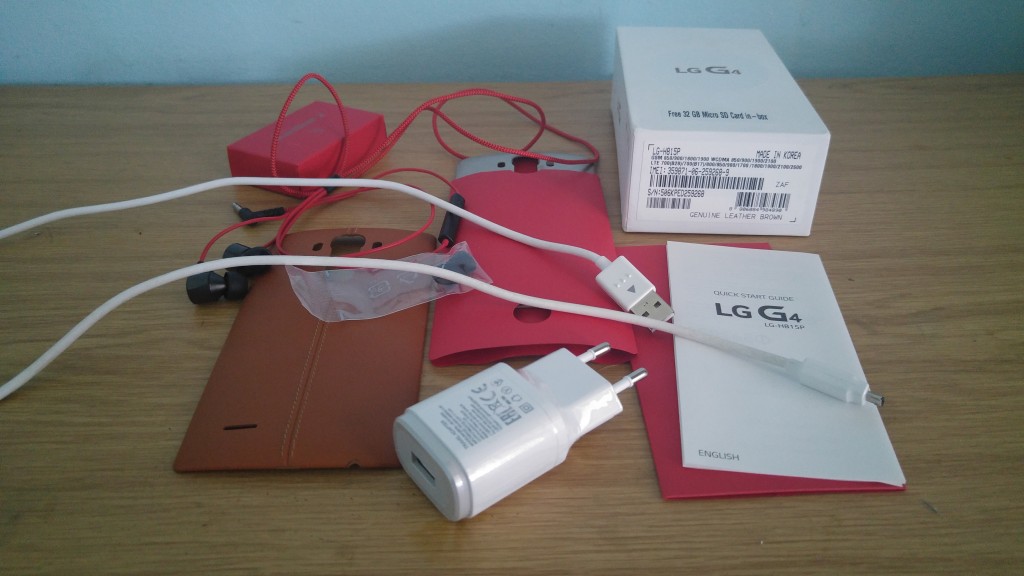 They were also nice enough to throw in a 32GB MicroSD card. Here’s a close up on that USB cable I was talking about:

Please stop moaning if phones aren’t made of metal. Plastic ones feel just as premium if done right, which is evident in the G4. The leather backing, although susceptible to damage, really tops it off and feels good in the hand. The plastic back is also surprisingly grippy in the hand.

The screen has a subtle curve which is obvious enough that my friends asked me if it was curved. It’s really evident when looking directly at it with the screen off: Your face becomes distorted. It compliments the phone well, taking design cues from the G Flex 2. This is where it differs from the S6. It offers and organic and nature-like fell, while the S6 is industrial with the metal and glass. It’s entirely up to you what you would enjoy.

When the G3 was announced , we all marveled at the resolution, namely 1440 X 2560, or 2K. The colors and brightness weren’t too great, and LG picked up on that and fixed it. Blacks are nice and deep to the point where it’s almost indistinguishable from the bezels. I can easily view what’s happening on it in direct sunlight, granted I’m looking at it directly and not from an angle. Colors and vibrant and pleasing, although it appears that the S6 still has the edge in this department (Get it? Edge?).

Coming from my G2 Mini, it felt natural with the back buttons being on the back. At first I was a bit bummed with the speaker being at the back of the phone, but it’s actually really ideal as the curved back means the speaker isn’t blocked and muffled if you place it on something, but rather the sound will bounce off the surface and improve the audio quality. I was also really surprised how loud it goes. The quality could be a bit better, especially if you use LG’s propriety headset.

Usually the camera would be under hardware, but this needs a thing all for itself. Here’s one shot I took: 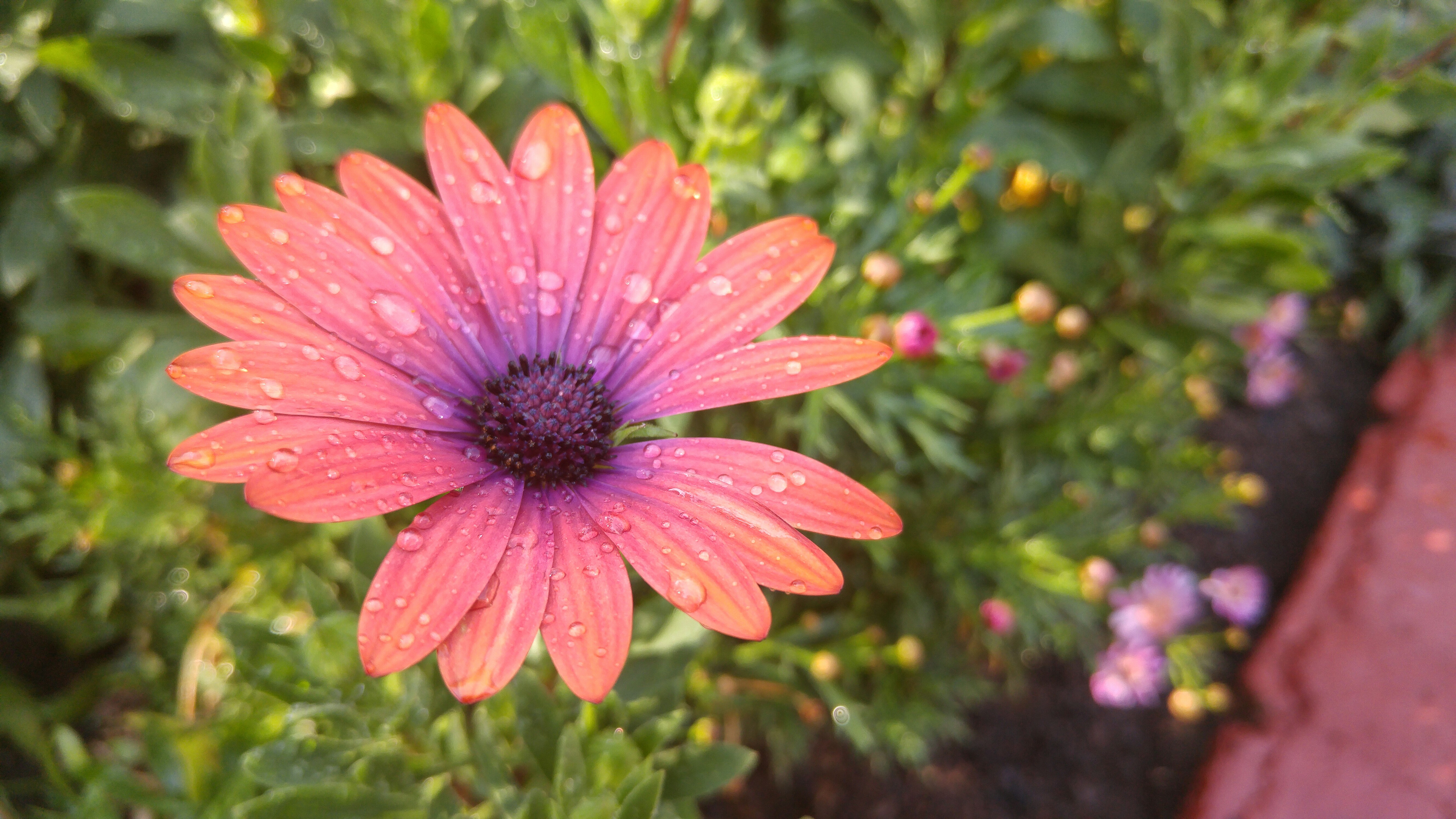 LG went all out with this and managed to overthrow Sammy’s camera on the S6 with the manual mode. I’ve seen several comparisons and they are neck-to-neck, each with strengths and weaknesses. You can do much more with the G4 though, thanks to the manual mode. This allows you to change the shutter speed to intervals between 1/6000 of a second to a full 30 seconds, ISO to 50 to 2700 and manually zoom and set the warmth/coolness. Here is another one with an ISO of 100 and exposure of 30 seconds:

I’m not going to boast too much about it, but I can safely say it’s currently the best camera package on a a smartphone today.

What I really enjoyed was the small things that LG threw in. You can hold up your hand and make a fist to start a selfie countdown. I’d take more selfies simply to use this. Saying “LG” or “Smile also triggers the camera and takes a photo, if you don’t want to look like a self-obnoxious selfie lover.

LG’s built on top of the G3 software with some material design an improvements. When I first used the phone, I was blown away at how much bloatware was included: None. In fact, you can actually delete some of the stock apps like Calculator and QuickMemo+. In all there are a whooping 8 of them you’re able to delete.

I personally love the UI – Colorful and materialistic. I only experienced lag a few seconds after booting up. We’ll look further into it with our review.

LG couldn’t of made a better choice using the Snapdragon 808. Age is a number, and this case 810 does not mean better than 808. Complimented with 3GB RAM, everything was dead smooth, although I wonder what 4GB would’ve felt like. The 3000mAh battery is sufficient to keep the lights on for an entire day, with mediocre use of course. Leaving home at 07:00, leaving the WiFi on for a few hours and coming back at 17:00 easily left 60% of battery left. If you think that’s bad, please use switch your WiFi teethering on and see how long it lasts.

The screen uses the majority of battery. This is really obvious when you charge the phone. Screen off, it will go to 0% – 100% in less then 80 minutes. With the screen on, however, it takes almost double the time. I drool at the battery life had it been a 1080p screen – like the G2.

There’s only one tier for storage: 32GB. Substantial for most people, the removable back cover allows you to extend this with a SD card. Still, I want to see at least a 64GB in the G5.

Laser autofocus, NFC, IR Blaster. All the bells and whistles for a flagship. What do you think?