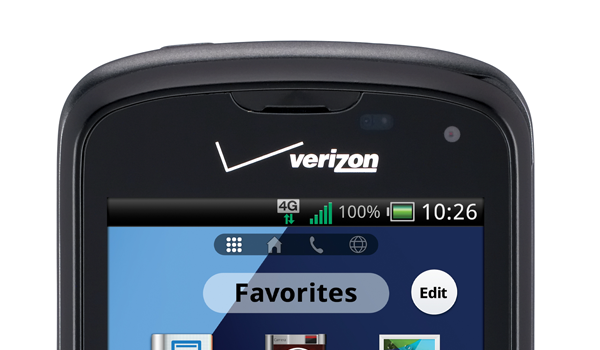 What we liked:  Its budget-friendly price and software touches make this a great option for first-time smartphone buyers.

Room for Improvement: The overall design is thicker and more chunky than others and its keyboard proves to be difficult on occasion.  Might have tough time against inexpensive models  from larger handset makers that also run Jelly Bean.

Review at a Glance: If you’re in the market for your first smartphone, this Android device seemingly has all you need, including 4G LTE, Android 4.0, and a wallet-friendly cost.   For those graduating from a previous Android experience, you might not fall in love with the hardware.

I have a soft spot for companies such as Pantech, ZTE, and Huawei as they have consistently given Android buyers more “bang for their buck” than some of the bigger players. Often less expensive than a similarly-built device out of Korea or Taiwan, these are the companies with little to lose and only market share to gain.  Going in, I was hoping for more of the same out of the Marauder.  After spending a bit of time with the phone, it’s pretty much what you’d expect for a $50 Android in today’s market. What does that mean? It’s certainly not gonna be your existing user’s replacement device, but it’s a more than adequate model to introduce Android to your aunt. 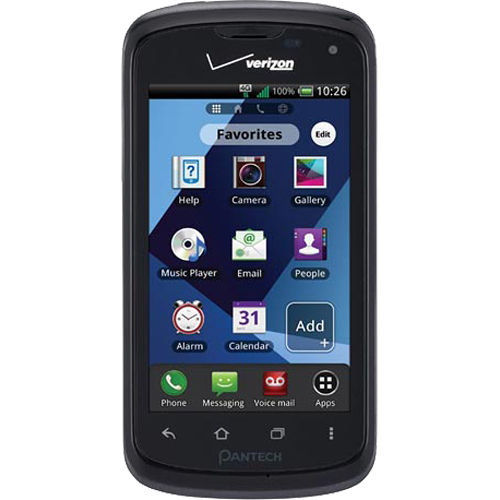 Hardware
The Pantech Marauder is thicker and fatter than most Android phones of 2012 but you might not know this if this is your first foray into smartphones.  Thinking back to some of our first Android phones, this one is not as bad as it sounds.  It feels dense for its size and is especially apparent when you carry around in pants pockets.  Forget about sliding this into your skinny jeans.

The Pantech Marauder has a 3.8-inch WVGA (480×800) display, smaller and lower-resolution than many of today’s top Androids.  While it’s plenty bright enough and has sharp clarity, you’ll see it falls short when you put it next to a Galaxy S III or One series.  Considering the price is a fraction of these two, though, we can’t complain all that much.

The backside of the Marauder features a 5-megapixel camera, however it doesn’t have an LED flash.  Coming from other Android models, you’ll definitely miss this feature.  New users, however, might not have high expectations and may likely be content with it.

Additional details for the handset include a microUSB port and a volume rocker on the left and power button and 3.5 headphone jack on top. Below the display are your four standard Android hotkeys (HOME, BACK, MENU, and RECENT APPS) and above is your speaker and a front-facing VGA shooter.  Inside the Marauder  you’ll find a 1680 mAh battery, microSD card slot, and a spot for a Verizon 4G SIM. 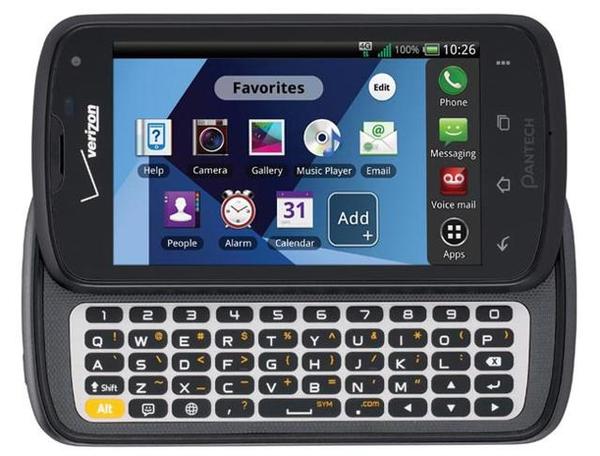 Sliding out the keyboard you will notice that it has a nice pop to it, calling to mind the G1.  The buttons are fairly large and easy to familiarize yourself with, however we’d like to see a bit more space between them.  It’s not the worst experience we’ve had with a physical QWERTY but you might find yourself pressing the wrong keys with regularity.

The camera took decent photos in our tests, performing as well as we would expect.  Considering its price, it is hard to ask for more. Pictures had a decent balance in color and defeinition, however indoor shots were somewhat muted.  Both the front and rear camera have a number of shooting modes and effects to choose from which allow for different experiences and results.

Video was pretty much the same situation, performing good but not overly great.  Color, again, was muted and not as bright as we’d like, but we’ve seen more expensive devices do worse.

The battery lasted around 8-10 hours on average with typical usage that included web, social networking apps,  and casual games. Again, not the worst, but it’s one of those cases where new smartphone users may complain.  When you come from a feature phone to an Android like this, it might leave a bitter taste in your mouth if you have to charge halfway through the day while others are getting full days.

Software
The Marauder runs a modified Android 4.0 Ice Cream Sandwich experience and is largely defined by two modes: Starter and Standard.  Standard mode provides give home screens, offers accessibility to all your apps, and allows for a more robust lock screen.  On the other hand, newbies will appreciate the Starter mode for its simplicity as it is less “clutter” and stuff to get in the way.  Among other things, existing users will notice the different icons, widgets, and dialer apps.

While the phone comes with a full suite of Google apps, it does come with a few Verizon titles and pre-installed apps.  The model we tested included Amazon Kindle, Let’s Golf 3, Plants vs. Zombies, Amex Serve, and a couple of others.

When it comes to phones priced and designed for new smartphone users, it’s hard to argue against the Pantech Marauder.  On paper, it’s got all you would want, including a new-ish version of Android (4.0), 4G LTE connectivity, and a wallet-friendly price tag.  Factor in the custom UI for new users and it gets even more compelling.  Score this for $50 or less and you’re doing okay for yourself.  The last we checked, it was offered free with a two-year service agreement.