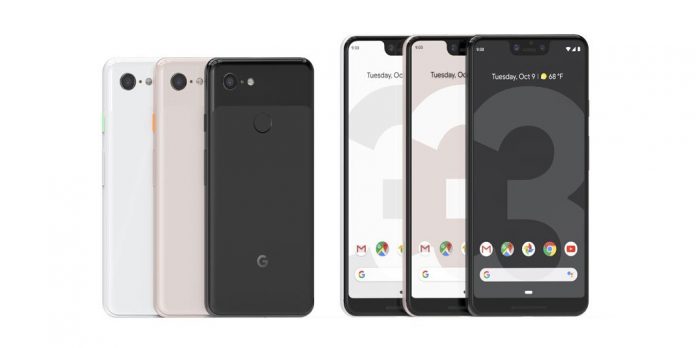 The wait is finally over. Google has officially unveiled its new lineup of smartphones with the Pixel 3 and Pixel 3 XL.

While most of the wind has been blown out of the sails, it’s good to see these devices made official. Thanks to the myriad of leaks, we already knew what to expect, including specs, appearance, and even pricing.

Kicking us off is the standard Pixel 3. You can think of this as a miniature version of the Pixel 2 XL, as there is a 2:1 display with slimmer bezels. 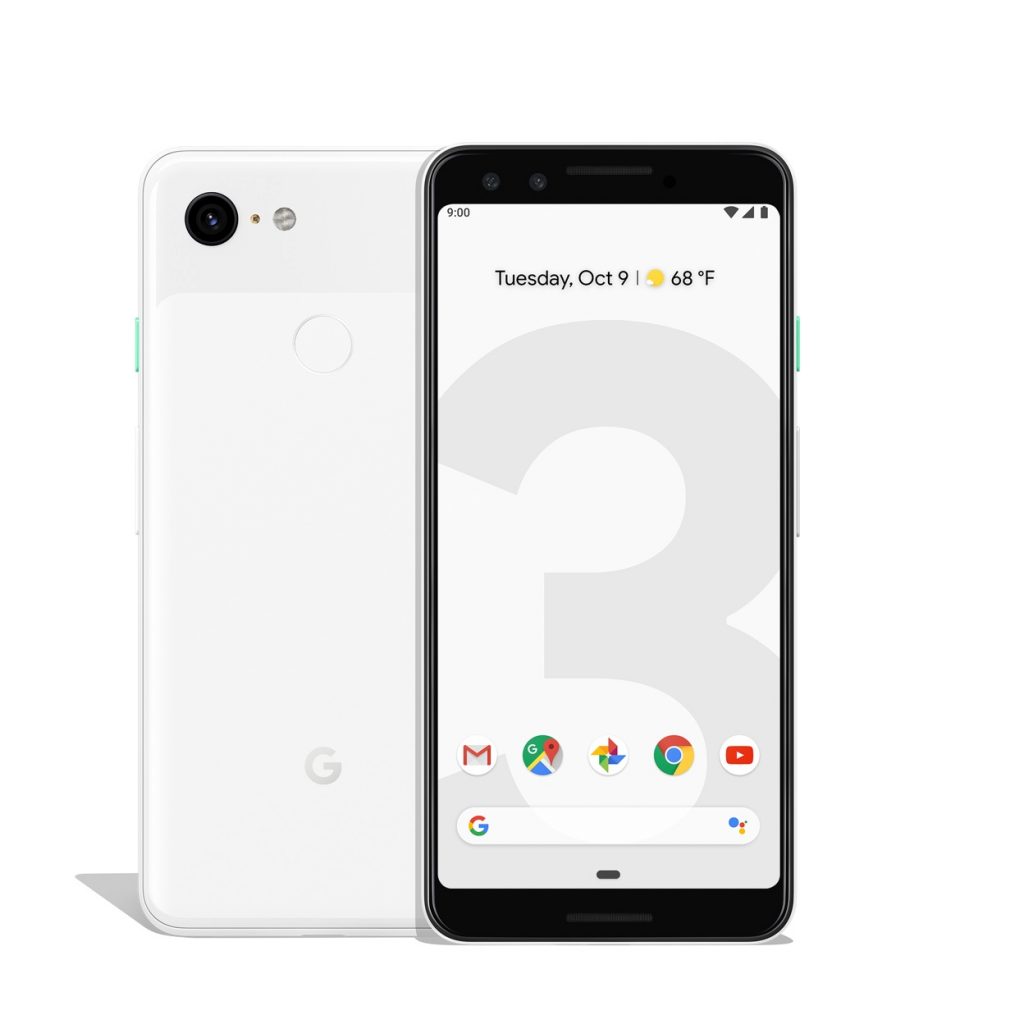 The display itself measures in at 5.5-inches, and is an OLED panel with NO notch at the top. Under the hood, the handset features a Snapdragon 845 SoC along with 4GB of RAM and 64GB or 128GB of storage.

Keeping the lights on is a 2,915mAh battery which can be recharged with the USB 3.1 type-C charger. This is slightly larger than the Pixel 2 (2700mAh), but the display is also just a bit larger, so battery life will likely stay around the same.

When it comes to Pixel devices, folks want to know what these cameras are capable of. On the Pixel 3, we have a dual-camera setup on the front with two 8MP sensors. The primary sensor includes a variable aperture ranging from f/1.8 to f/2.2 while the secondary 8MP lens includes a fixed f/1.8 aperture.

Moving to the rear of the Pixel 3, the handset sports a single 12MP camera. It seems that Google is simply not interested in adding multiple camera lenses to its handsets.

This is likely due to the fact that Google is including its separate imaging processor. This was introduced with the Pixel 2 lineup and has been improved in the Pixel 3 lineup.

As for the overall design, the Pixel 3 features practically the same design as its predecessor. There is a glass window on the back where the camera sensor is housed, while the fingerprint scanner is placed just below.

Moving to the larger device, the 3 XL includes a few slight changes compared to its little brother. Obviously, the biggest and most shocking change is the inclusion of a notch. 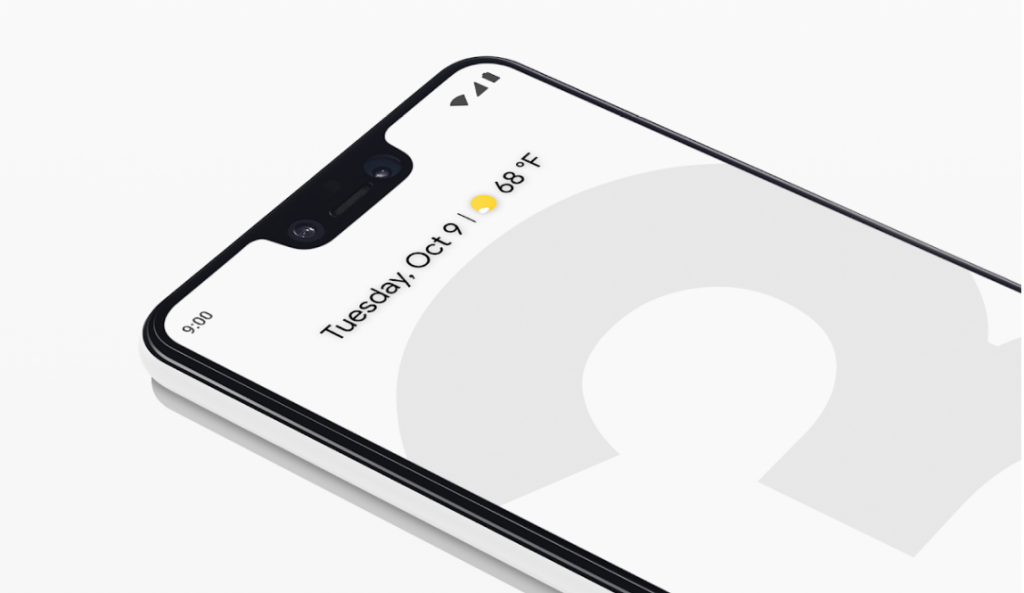 Google did the right thing that packed the new 6.2-inch OLED display into the same body of the Pixel 2. This means that you will get a bigger screen without actually increasing the size of the handset.

While the Pixel 3 has its front-facing cameras hidden in the forehead, that’s not the case for the 3 XL. Instead, Google opted for the notch which houses the dual-8MP cameras, along with the earpiece and ambient light sensor.

As for the battery, some of you may be a bit disappointed. Despite increasing the screen and keeping the same frame of the Pixel 2 XL, the Pixel 3 XL’s battery is just a bit smaller (3,430mAh vs 3,520mAh).

Since the original Pixel and Pixel XL launch, the devices have shared a few of the same specs. The same rings true with the latest iterations.

The Snapdragon 845 SoC is combined with 4GB of RAM and up to 128GB of storage. The camera sensors on the front and rear are exactly the same across both models.

Both handsets will also launch with Android 9.0 Pie, along with Active Edge. This was first implemented by HTC and found its way onto the Pixel 2 allowing you to activate Google Assistant with just a squeeze of the frame.

Moving back to the batteries for these devices, Google has finally implemented wireless charging. This is a first from Google and something that Pixel/Nexus fans have been hoping to see return for quite some time. 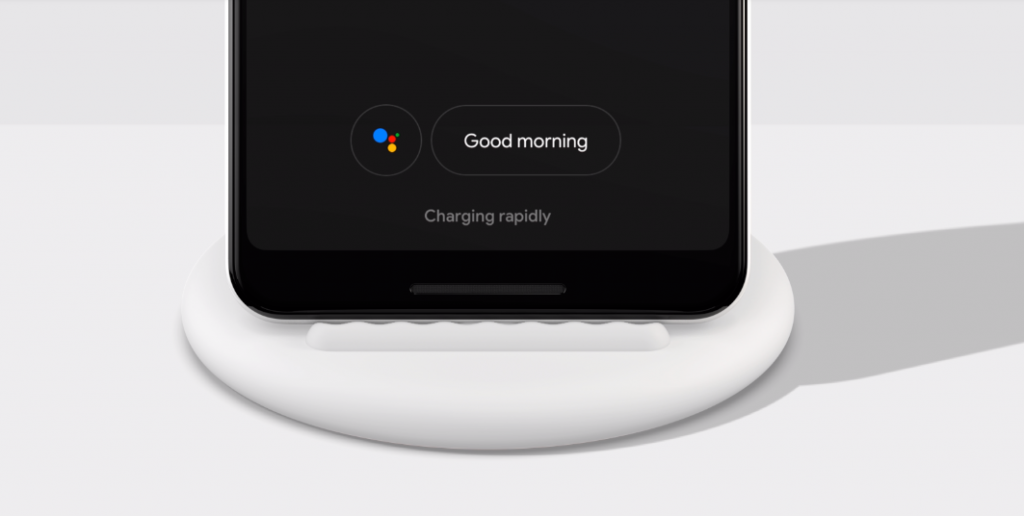 When and where can I buy it?

Those that were praying to see Verizon’s stranglehold on Pixel devices come to an end are out of luck. Verizon will be the carrier of choice (other than Project Fi) for the Pixel 3 and Pixel 3 XL.

Luckily, Google has still included both GSM and CDMA antennas. Doing so, makes it possible to buy your phone of choice from Google and take it to your favorite carrier.

You can pre-order both of these devices today from the Google Store and you will get a free Pixel Stand. From there, you can decide whether you want the unlocked, Verizon, or Project Fi variants.

For a limited time, Verizon is also running a BOGO free special for those interested. If you purchase a 64GB Pixel 3, then you’ll get one for free, provided that you add a new line of service.

Verizon subscribers can pre-order the devices today using the My Verizon app and you will get a free Pixel Stand. However, this specific deal is only good for today, so act quickly.

The Pixel 3 and 3 XL weren’t the only devices announced at today’s event. Stay tuned to AndroidGuys to learn more about Google’s new lineup of products.

If you have any questions, be sure to drop us a line in the comment section below. We’ll be more than happy to answer any questions you may have.