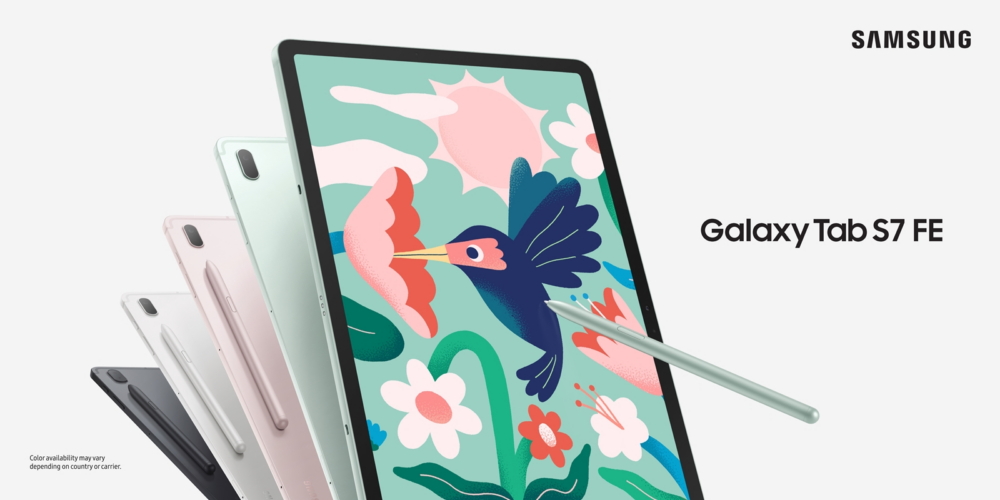 In the land of Android tablets, it’s fair to say Samsung is king. It’s one of the only manufacturers still making premium tablets these days, but it also has a more budget-focused lineup of tablets in its portfolio. Today, it announced two more joining the roster which won’t break the bank.

Starting with the Samsung Galaxy Tab S7 FE, which much like the Galaxy S20 FE, cuts some corners to offer a tablet at a more affordable price. 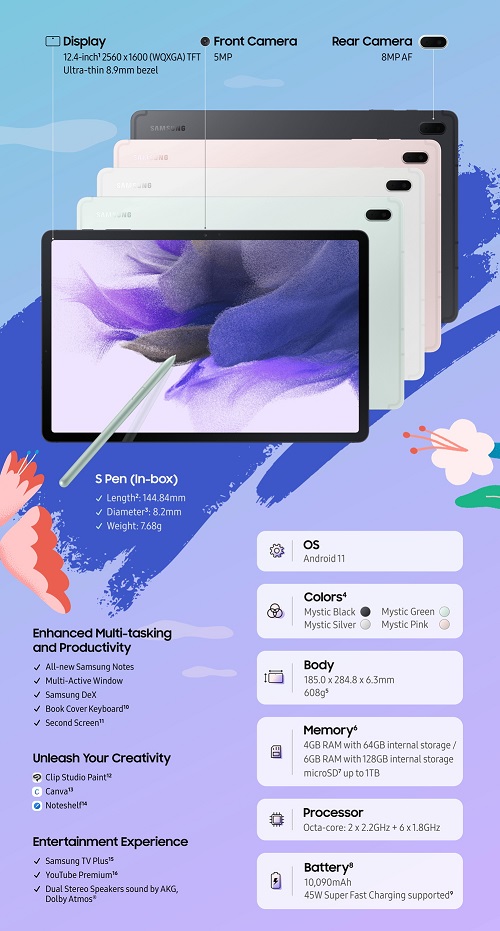 For all your video chats the Galaxy Tab S7 FE includes a 5MP front-facing camera, and an 8MP rear-facing camera, if you wanna try to take pics with this large mammoth of a slab.

Keeping that large display lit up is a 10,090mAh battery with 45W Super Fast Charging, and the Galaxy Tab S7 FE comes out of the box running Android 11. Speaking of the large display, there is an S Pen included in the box, making the Tab S7 FE perfect for jotting down notes or sketching.

There’s no word yet on U.S. availability, but the Galaxy Tab S7 FE launches in the UK on June 18, 2021, for £589 for the 4GB/64GB model or £629 for the 6GB/128GB model. You’ll be able to choose from four different colors for the metal finish, including Mystic Black, Mystic Green, Mystic Pink, and Mystic Silver.