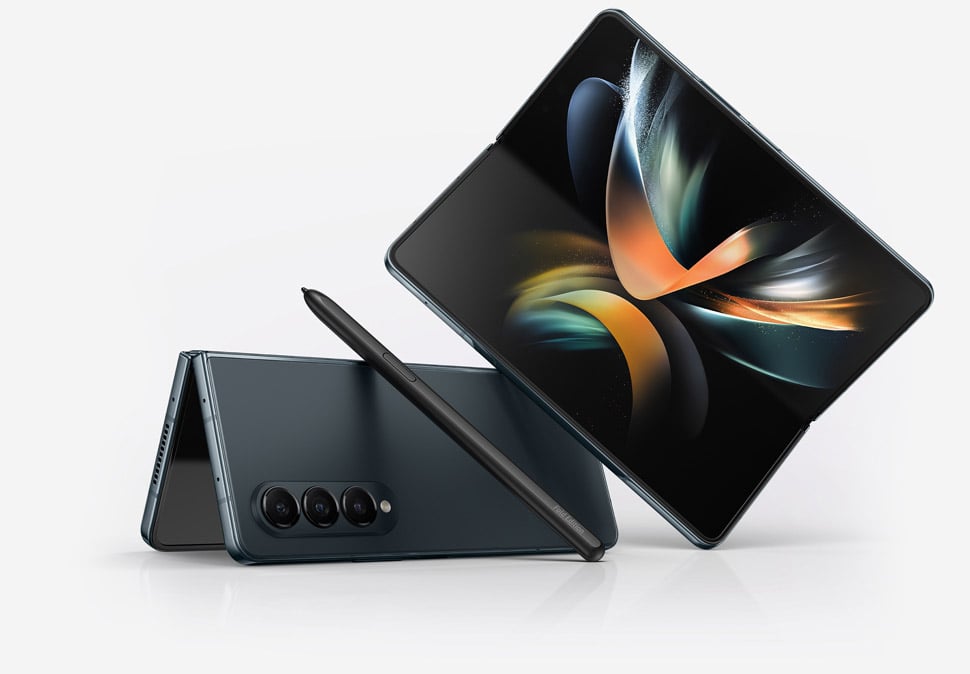 Samsung on Wednesday announced the next generation of its foldable smartphones with the Galaxy Z Fold4 and Galaxy Z Flip4. Tapped with an August 26 launch, they’ll be offered at all major carriers in the US.

The pair of folding phones look similar to their predecessors but have upgrades and refinements to make them more powerful and generally stronger.

For instance, the Galaxy Z Fold4 and Z Flip4 include Qualcomm’s Snapdragon 8+ Gen 1 processor, the best in the chipmaker’s line. Moreover, they have slimmer hinges and are constructed from Armor Aluminum and Gorilla Glass Victus glass with IPX8 water resistance.

Lighter and more compact than the Galaxy Z Fold3, the new model upgrades the main camera to 50-megapixels with a 10-megapixel telephoto to complement. Also present is a 12-megapixel ultra-wide camera.

The Galaxy Z Fold4 is powered by Android 12L and Samsung One UI which makes it more optimized for folding displays and larger devices. It allow for situations such as opening apps with two instances side-by-side; a taskbar can be found floating at the bottom of the main screen.

The 7.6-inch main display is brighter than its predecessor as well as 45% stronger. Moreover, the in-display camera is better hidden, too.

The Galaxy Z Flip4, as compared to the previous model, has slightly slimmer bezels around the main screen, a larger battery at 3,700mAh, and faster (14%) charging.

Key features include a pair of 12-megapixel rear cameras, a 120Hz refresh rate for the display, wireless charging and battery sharing, and at least 128GB storage.

Flex Mode, which when the device is folded in half, provides a split-screen interface for additional apps, including video calling and third-party titles.

The Samsung Galaxy Z Fold4 will be available on August 26 with prices starting at $1,800 for the 256GB model. A 521GB and 1TB option will also be offered. Colors for this generation include Graygreen, Beige, Phantom Black, and Burgundy (a samsung.com exclusive).

The Samsung Galaxy Z Flip4 will be priced $1,000 for the 8GB/128GB base model; 256GB and 512GB versions will also available. Colors here include Bora Purple, Pink Gold, Graphite, and Blue. A Bespoke Edition will sold on samsung.com where customers can purchase one with mix-matched frames and colors.

All major wireless providers are expected to carry the two phones and most, if not all, will have their own promotions around the devices.

Samsung’s deal sees the phone maker offering a free storage upgrade and free for those who preorder either handset. Additionally, the Z Fold 4 will come with a $100 credit for Samsung.