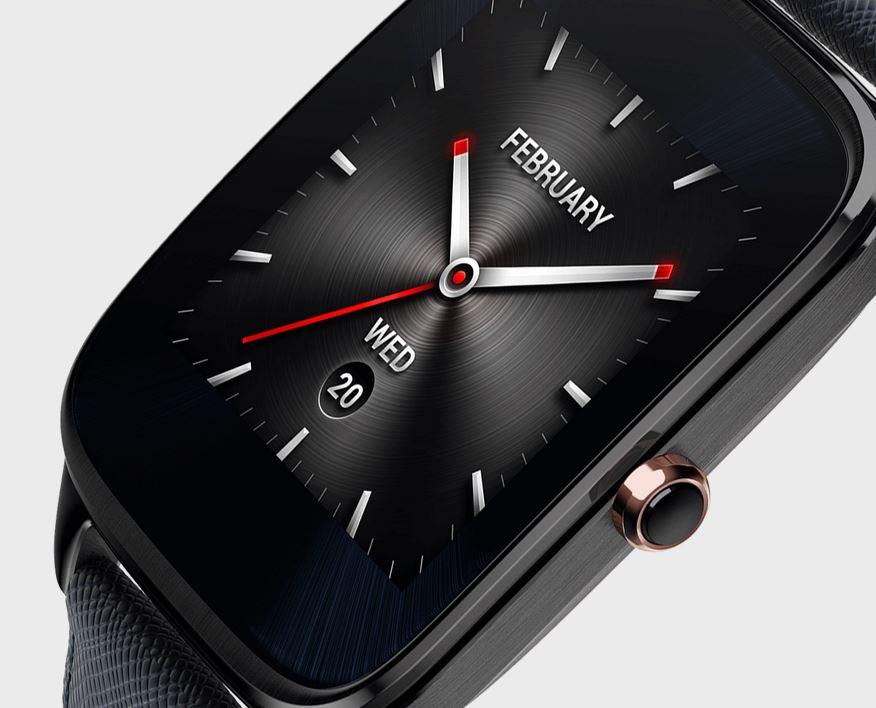 Wearable technology has taken a little longer than expected to get off the ground in terms of adoption rate. Even Apple’s Watch has been a let down for investors and many have given up on the wearable technology as a major area for financial growth. Until now, Android Wear devices have been rather expensive, lacking in design, or leaving much to desire in terms of features.

ASUS has made it much easier to adopt wearable technology with the Zenwatch 2 as its starting price is an affordable $129.00. And just because it is over half of the price of competitors, like the Moto 360 2nd generation and the Huawei Watch, it doesn’t lack in design and runs the same full featured software in Android Wear. 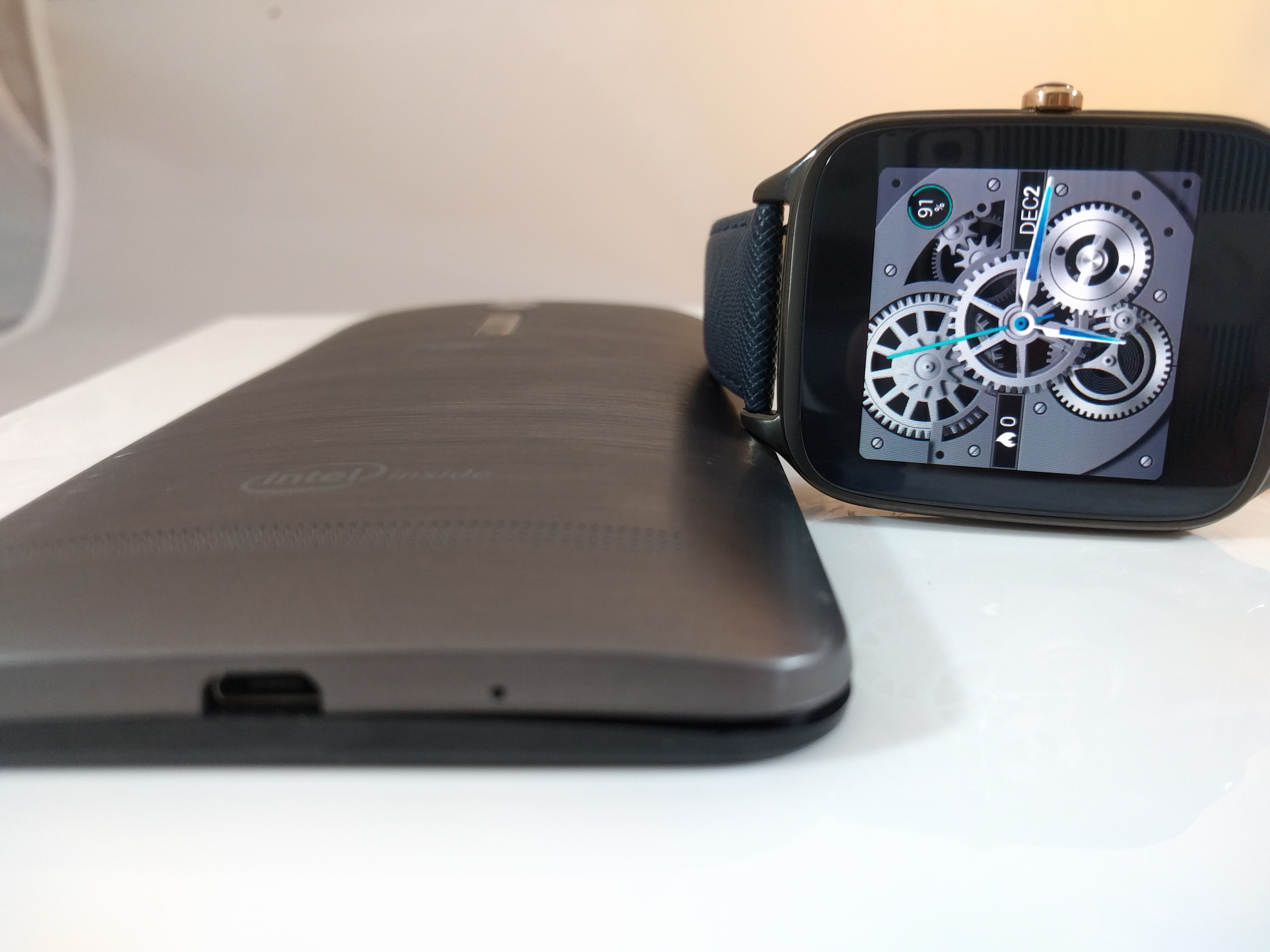 The ASUS Zenwatch 2 comes in two sizes, the larger size measures in at 49.6mm and the smaller is 42mm. Rather than being circular, the watch is a rectangular shape with a metal case, matte plastic rear cover, with a thoughtfully placed and designed button on the right side of the watch. My particular model, the W1501Q(49.6mm) came with a textured dark blue leather wrist band, graphite colored case with a slightly rose colored gold button.

Being a rectangle with a 1.63″ AMOLED display, the Zenwatch 2 does have decent sized bezels to the screen. I actually do not think the bezels look bad – if there were no bezels the watch would be too small for me. If the display was maximized to the edges, it might be too bright for me and would be a distraction. The resolution is 320 x 320, or 278ppi which is barely low enough resolution to see pixels if you look for them.

Sporting an AMOLED display, the colors are rich and the contrast ratio is perfect as blacks blend in with the bezels of the display. A nice feature that ASUS factored into the Asus Zenwatch 2 is using a standard 22mm quick-release band which means you can swap your wrist band with ones commonly found on other watches. If you want to make it sporty, you can add a rubber wrist band, or if you want to make it more industrial looking, throw on a dark metal link band.

The charging cable is a proprietary magnetic four pin connector which you must have in order to charge the watch. It also comes with an IP67 rating which means the Zenwatch 2 is dust-proof and can withstand 30 minutes of water exposure up to 3ft deep. And that does not cover salt water.

Android Wear does require you to download the Android Wear app, which will allow for these functions:

– Check important info like who’s calling, SMS and messages, and alerts from your favorite apps. You can even speak or draw a quick response right from your watch.

– Get built-in fitness monitoring and coaching from your favorite running and fitness apps: Endomondo, Google Fit, Runkeeper, Strava, and more.

– Track your steps, distance, and calories while you walk, run, or ride your bike. And even measure your heart rate.

– Save time with smart help from Google. Get reminders from Google Now about your next appointment, current traffic conditions, flight status, restaurant reservation, and more. Speak “Ok Google” to ask any question you want.

The beauty of the Asus Zenwatch 2 is being priced starting at $129, it runs the same software as the $300 Huawei Watch and the $1500 Tag Heuer Connected watch. So extra money doesn’t get extra software features in this case. 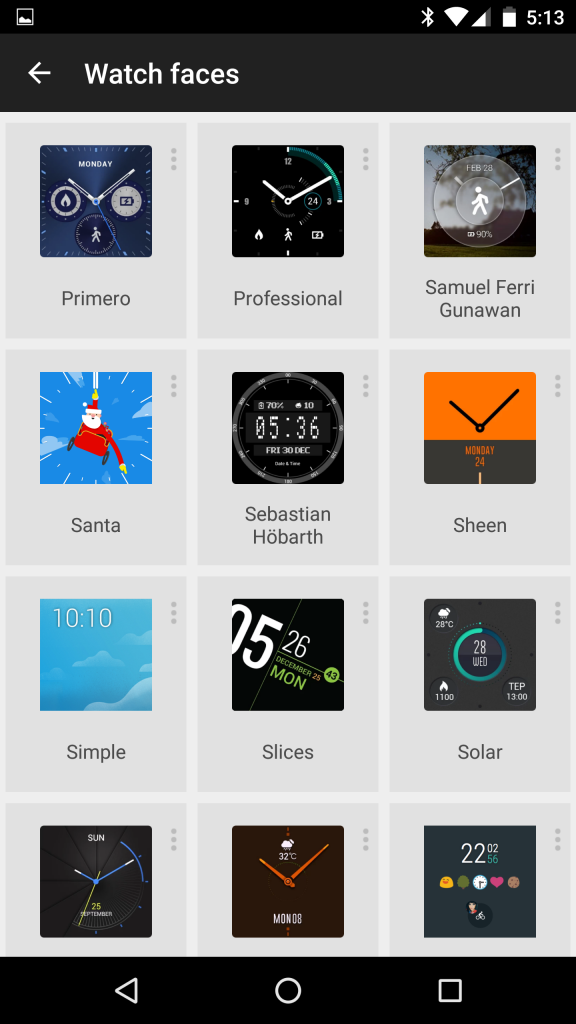 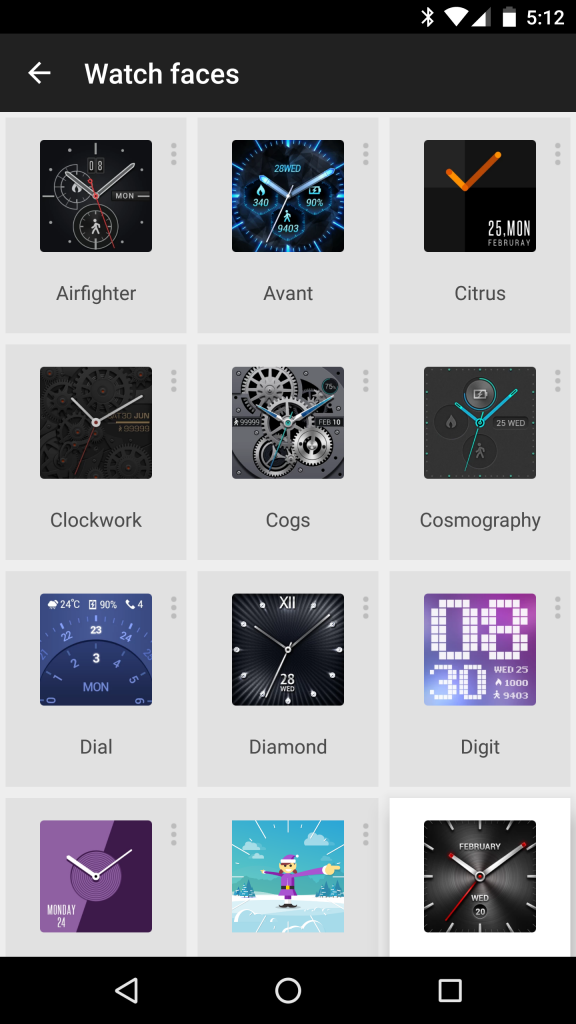 I’ve been fortunate to have access to a selection of Android Wear devices – The original Moto 360, Huawei Watch, LG Urbane 2nd Edition, LG G Watch R, LG G Watch, and now the Asus Zenwatch 2. Having access to a variety of watches gives me a better ability to compare hardware since the software is the same across the watches. Watches for me, as much as I hate to admit this, need to look “good”. They are almost always visible and I really don’t want to wear something that looks “dorky”. That’s a very personal and subjective matter and everyone’s tolerance for “dorky” is different.

With that being said, I actually find the reasonably priced Zenwatch 2 to look very nice and classy. Sure you can tell it is a smartwatch when wearing it, but with the dark blue real leather watchband, the metal case and glossy display look very nice. And what really sets it off is that slightly rose colored button off to the side. Even though Asus didn’t break the bank with the hardware, you can tell they made aesthetics a top priority. There’s even a part of me that finds the Zenwatch 2 to be more “dressy” than the Huawei Watch(metal band) and definitely more dressy than the Moto 360.

Lots of people have been balking at the idea of a rectangular smartwatch, but there are many watch makers who make similar shaped watches. If you’ve heard of Cartier, they have been making jewelry and watches since 1847 and was originally founded in France. Cartier watches regularly run into the four to five digit price range, and rectangles have been a signature shape of its watches. Most watch enthusiasts can spot a Cartier from quite a distance based on shape alone. So a watch doesn’t have to be round to look good. In fact, I would take a box shaped watch any day over the flat tire look of the Moto 360. I have NEVER seen a real watch with some of its face missing. Why people find the flat tire look acceptable is beyond me.

If a watch looks good to me, the next most important factor is comfort. The Zenwatch 2 is every bit as comfortable as almost any watch I’ve worn of its size. The genuine leather band feels silky smooth, and the watch itself is the perfect size for my wrist. It might be a tad large for people with smaller wrists.

It also has a good sized display which is perfect for my aging eyes. I would rank the Zenwatch 2 near the top of Android Wear watches in terms of comfort. It also doesn’t “feel” cheap like the LG G Watch R or the LG G Watch.

Performance wise the Zenwatch 2 is as snappy as the others. It is powered by a Snapdragon 400, has 512MB of RAM, 4GB of internal memory and has a 400mAh battery. Covering the display is Corning’s Gorilla Glass 3, which should withstand minor bumps and scratches. The face definitely isn’t as durable as the Huawei Watch’s Sapphire display, but if you take care of your Zenwatch 2, the display should hold up fine. If it is worn on your wrist, you really shouldn’t have to worry about dropping it and cracking the screen. Even though the Asus Zenwatch 2 comes with a decent sized 400mAh battery, which is 25% more than the Huawei Watch, I couldn’t seem to get more than one full day of use out of it. There are many others who have told me that they think the battery on their Zenwatch 2 is fantastic, regularly getting two full days of use, but even with settings on the “Always-on screen” to off, I just didn’t have good battery life.

My Huawei Watch and LG Urbane 2nd Edition both get much better battery life, but one full days use is still acceptable. I just wish I could leave my display set to always on. That’s a personal preference though.

I was pleasantly surprised with the Asus Zenwatch 2. Before the Asus Zenwatch 2, I had been let down by almost Android Wear devices. In concept and looks they weren’t bad, but most of them looked cheap, felt cheap and were clearly first generation products. It’s why I think wearables were considered a bust in the first year with the vast majority of users. Also, many Android Wear watches were quite expensive, and with phones already in the $500-800 range, dropping another $300 was out of the question for most.

With the Zenwatch 2 starting at $129.00, it makes investing in wearables much easier. $129 is still a decent amount of money, but it isn’t $300 like the first generation Moto 360, or the current starting price of the Huawei Watch. At a more affordable price, it also makes swallowing the limited features of a smartwatch a bit easier to swallow.

Smartwatches still don’t make phone calls, they aren’t able to fully function without a connected smartphone, and they are terrible for doing anything more than basic functions. But they still have a place – they tell time, track activity, send texts and basic emails, search using Google Now, and are a great way to check notifications. People are finally starting to see the value in smartwatches with high quality examples like the Zenwatch 2. In just one year, Asus has proven that Android Wear has a place on your wrist.