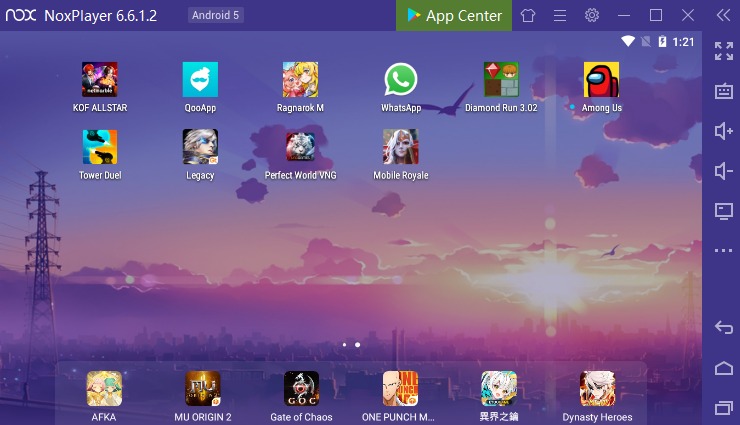 NoxPlayer is one of the best Android emulators that allow users to run Android games or apps on pc, which is compatible with both Windows and Mac.
With smart keyboard mapping controls, multi-instances, and better hardware support, NoxPlayer provides the optimized performance of mobile games on pc for users.

NoxPlayer also gets a regular update to push new functions and optimize the original experience.

How does NoxPlayer work?

Here is a brief introduction:

NoxPlayer basically covers most hot mobile games and also supports to visit Google Play and search for other apps. With the high FPS,high-quality graphics, and smart keyboard control, NoxPlayer provides the best gaming experience for users and excellent function for free.

In addition, NoxPlayer recommended users to enable virtualization technology for the computer so as to get the best performance. As so far, NoxPayer is based on Android 5 by default and also supports running games on Android 5. With the support for AMD and Intel chips, as well as integrated graphics, users can experience better performance with great compatibility. 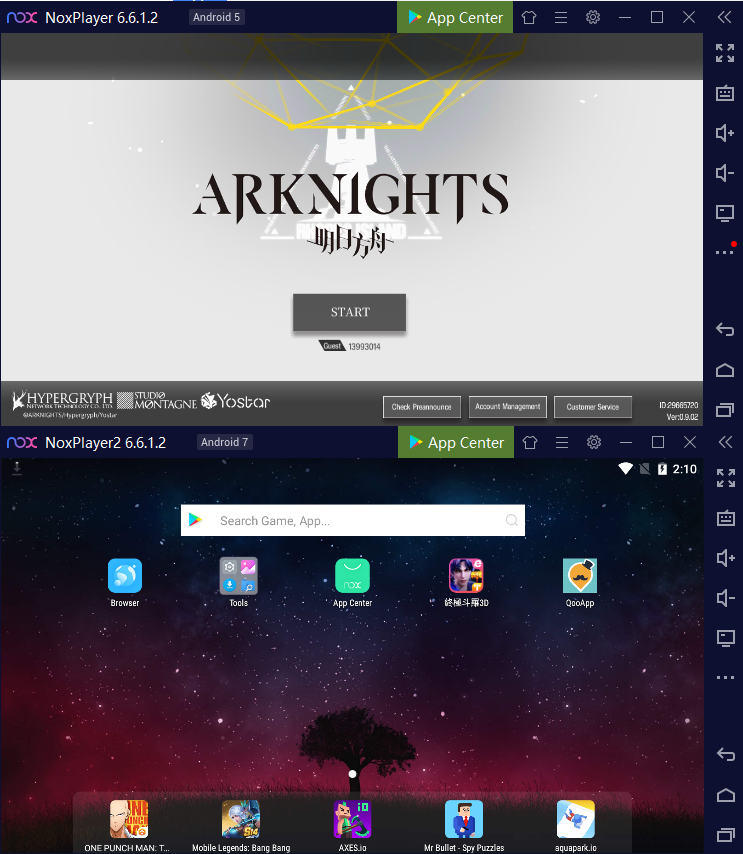 NoxPlayer Makes You a Gamemaster.

Multi-instance means that users can run more emulators at the same time, and the number of emulators you can create at most depends on your computer’s hardware.
You can create more missions as follows:

There are more combinations of smart keys for users to control the character or release skills more precisely. NoxPlayer also recommends an official keyboard/ handle configuration for users to match the needs of most users. People can also customize the keyset according to your own habit.

NoxPlayer pushes a brand-new handle/joystick configuration for users after the version 6.6.1.2, which means that you can take advantage of the handle to play the game like The King of Fighters ALLSTAR.

A Macro(Script) means to make multiple actions by one click, which users could designate a string of actions by a single click to simplify your operations in games. For instance, You can set to press one random key to make a combo shock. 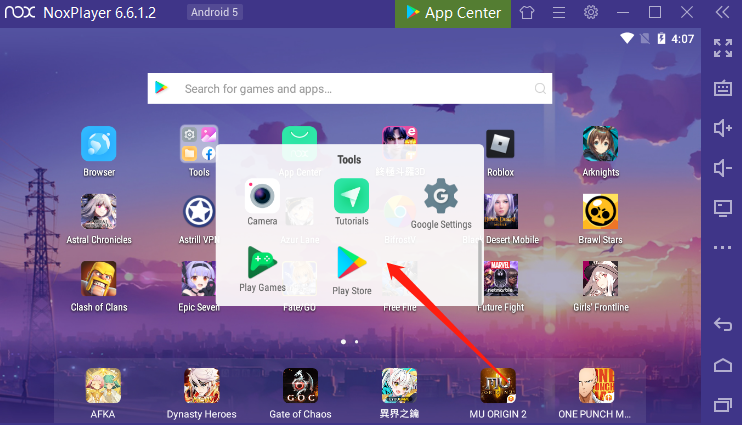 In conclusion, Android Emulator has come to the mainstream given its compatibility and reliability. For mobile users, the Android emulator makes a more professional operation for players. You don’t need to worry about the battery or the small screen anymore.

LDPlayer Join Uptodown: What does the deal bring to you?