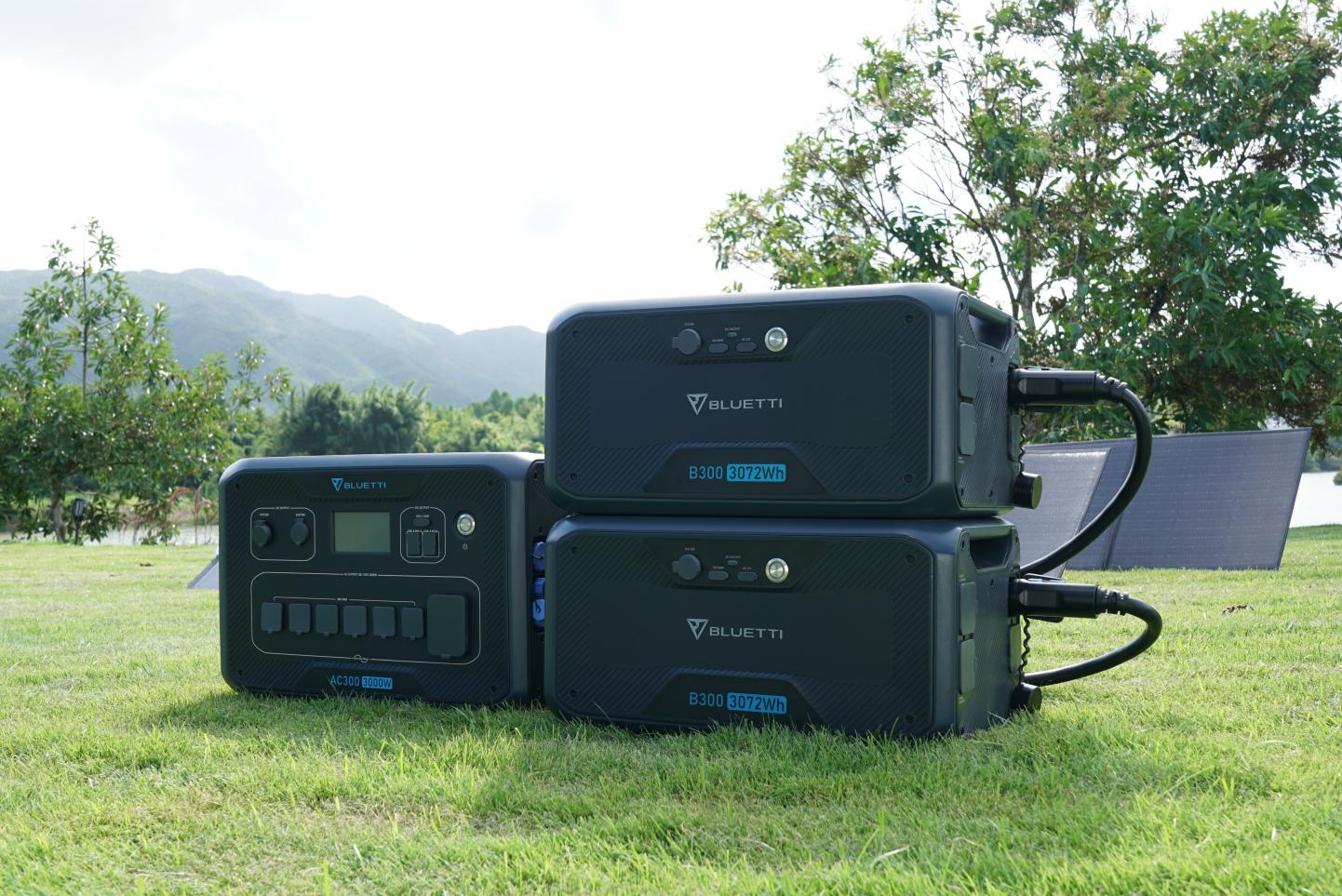 It all started with the EB150 and EB240 solar generators, Bluetti’s first products launched back in 2019.

Approximately one year later, they released their flagship model the AC200 on Indiegogo (which was powered by NCA cells), as a crowdfunding campaign.

This project pulled in nearly 7 million dollars in two months.

Since then, Bluetti has been at the forefront of technological innovation and has equipped all their new products with LFP technology over both NCM, NCA & lithium-ion battery chemistry.

You may be asking yourself why they did this. Well, in this article, we aim to explain their reasoning as best we can.

What Are LiFePO4 Batteries?

LFP or LiFePO4 stands for Lithium Iron Phosphate and was invented back in 1996.

LFP batteries provide some of the best electrochemical performance with added lower resistance on the market.

This is made possible by the nano-scale phosphate cathode material found in the battery.

This allows for the following benefits:

How Do LiFePO4 Batteries Work?

An LFP battery is essentially made up of the following components:

When a LiFePO4 battery is being charged, lithium ions are released from the cathode and move to the anode. They do this via the electrolyte.

When a power load is applied to the battery, the opposite reaction takes place. Lithium ions move from the anode to the cathode.

This movement of the lithium ions creates an electron flow between these two electrodes, which generates an electric charge.

For this section, we thought it best to create a comparison table of Bluetti, Jackery, and Ecoflow.

(For the reader’s information, we could not find a comparable capacity size for the Jackery, so we included their largest capacity generator, which is 1,534 Wh.)

Next, what we want to do is figure out the LCOS or Levelized Cost Of Storage in USD/Wh.

When it comes to energy storage, one cannot simply rely on the actual buying price of the solar generator (up-front cost).

We also need to take into account the total energy in watt-hours that the solar generator can store and release (the charge/discharge cycle) during its lifetime.

The formula to work out the LCOS is the following:

Let’s work out the LCOS for each solar generator manufacturer and their respective product models.

As we can see when working out the LCOS, Bluetti is by far the much cheaper option over the long run, and this is because the LiFePO4 technology lasts much longer than both lithium-ion and NCM.

Do keep in mind that the above LCOS includes other components such as the charge controller and inverter, as these two components are included in the upfront purchasing price.

Why LiFePO4 Batteries Are The Perfect Fit For Solar Generators

To highlight this section, we thought it best to highlight all the advantages LFP batteries have and why they are best suited for solar generators.

LiFePO4 batteries are known to be lightweight in comparison to other battery technologies. This is particularly important when their application is found inside a solar generator. The less heavy a generator, the more mobile it is. For example, Bluetti’s new AC200 MAX weighs only 61.9lbs (28.1kg).

While this may sound like a lot at first glance, you have to remember just how much energy storage capacity this machine has got. For all that energy density, 61 pounds is next to nothing.

Perhaps one of the greatest perks of the LFP battery is its ability to charge and discharge thousands of times.

In Bluetti’s case, their latest solar generators can discharge over 3500 times.

This is a significant decision-making factor for consumers looking to invest in high-quality products that will last them many years to come. LiFePO4 technology allows this.

Unlike lead-acid batteries, LFP batteries are incredibly efficient. You can use up to 90% of their capacity, meaning you can get the most out of your solar generator for as little space used as possible.

Generally, LiFePO4 batteries can be discharged beyond 90% of their capacity.

LFP batteries require pretty much no maintenance. This means you do not need to do anything to extend its lifespan. You can simply charge and discharge as you see fit.

LiFePO4 batteries are indeed safer than NCM batteries. In fact, they are the safest lithium-ion battery on the market.

These batteries are encased in an airtight aluminium case, specifically designed to withstand temperature, pressure variations, punctures, and impacts.

Bluetti’s solar generators are able to operate in a wide range of temperatures, which means they can be used for a variety of applications.

Temperature is not something to overlook when it comes to battery performance, and it can have a profound effect on any battery. However, LiFePO4 stand the best chance in extreme temperature variants.

If you are looking for the safest solar generator with the greatest chance at providing you with long-term energy storage, then all Bluetti solar generators equipped with the latest LFP technology is your best bet.

Models such as the new AC200 MAX and the AC300 modular power system are capable of providing you with incredible amounts of energy storage.

The evolution of the phone app: From utility to necessity

The Best VPNs for Android