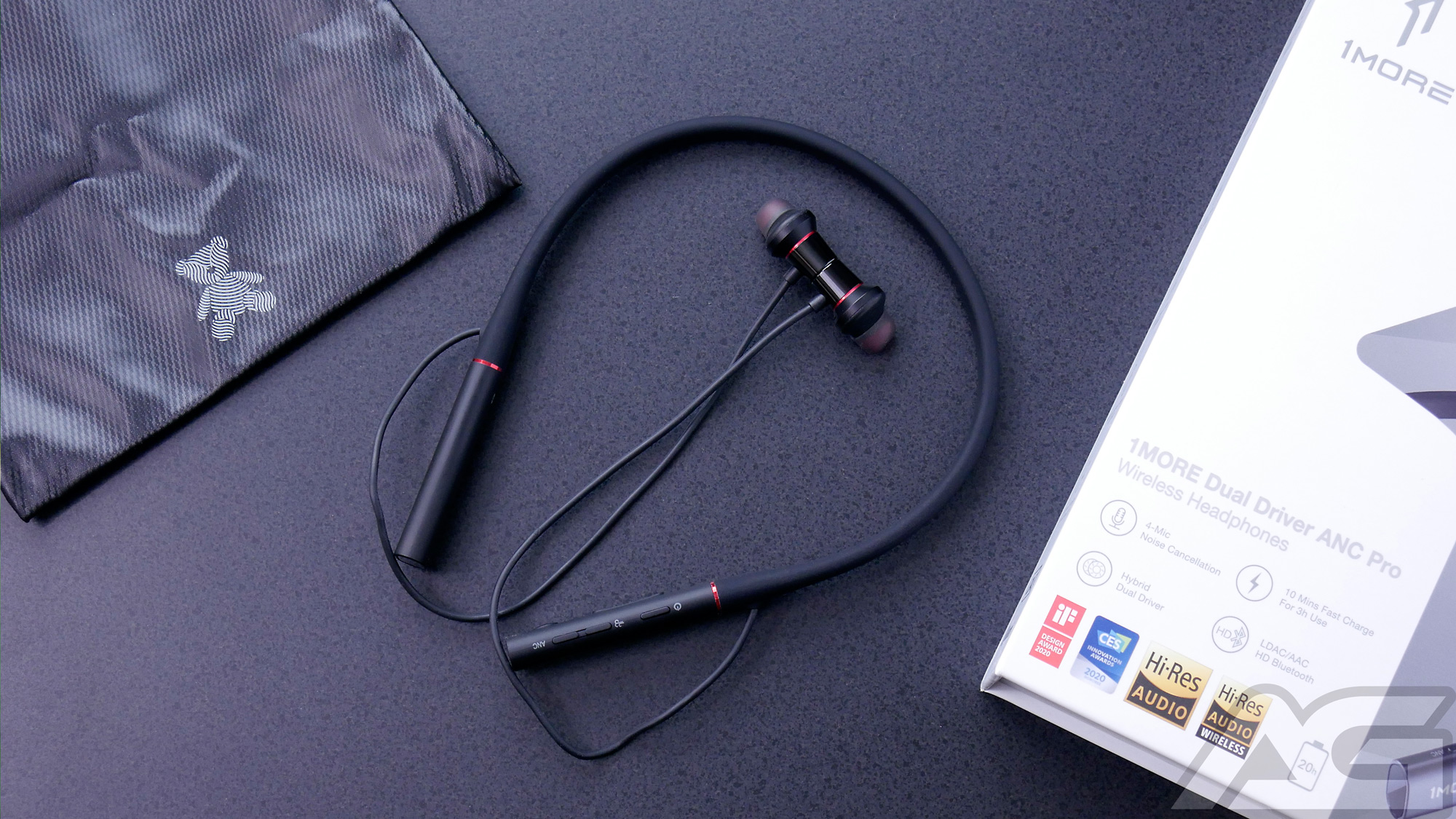 When it comes to headphones with active noise cancellation, you have an assortment of brands and designs to choose from. True wireless buds, such as the Sony WF-1000XM3, offer you a compact convenient way to enjoy your tunes without all the noise. However, they won’t offer you long listening times with the tiny batteries they use.

For longer trips and flights, you’re going to want a substantially larger battery, often in the form of over-the-ear or neckband headphones. Take, for instance, the Dual Driver ANC Pro Wireless Headphones that 1More provided us for review.

Neckband headphones have never been favorite of mine, at lease from a design standpoint, but there is no getting around the insane battery life they offer. 1More’s Dual Driver ANC Pro Wireless Headphones make use of a soft-touch silicone band with metal accent tips on either end.

It is in the metal sections that you’ll find all of the buttons, including ones to control music playback, volume, and controls for noise cancellation. The USB-C charging port is also hidden on the left side under a cap at the end, but that’s not all it is used for. 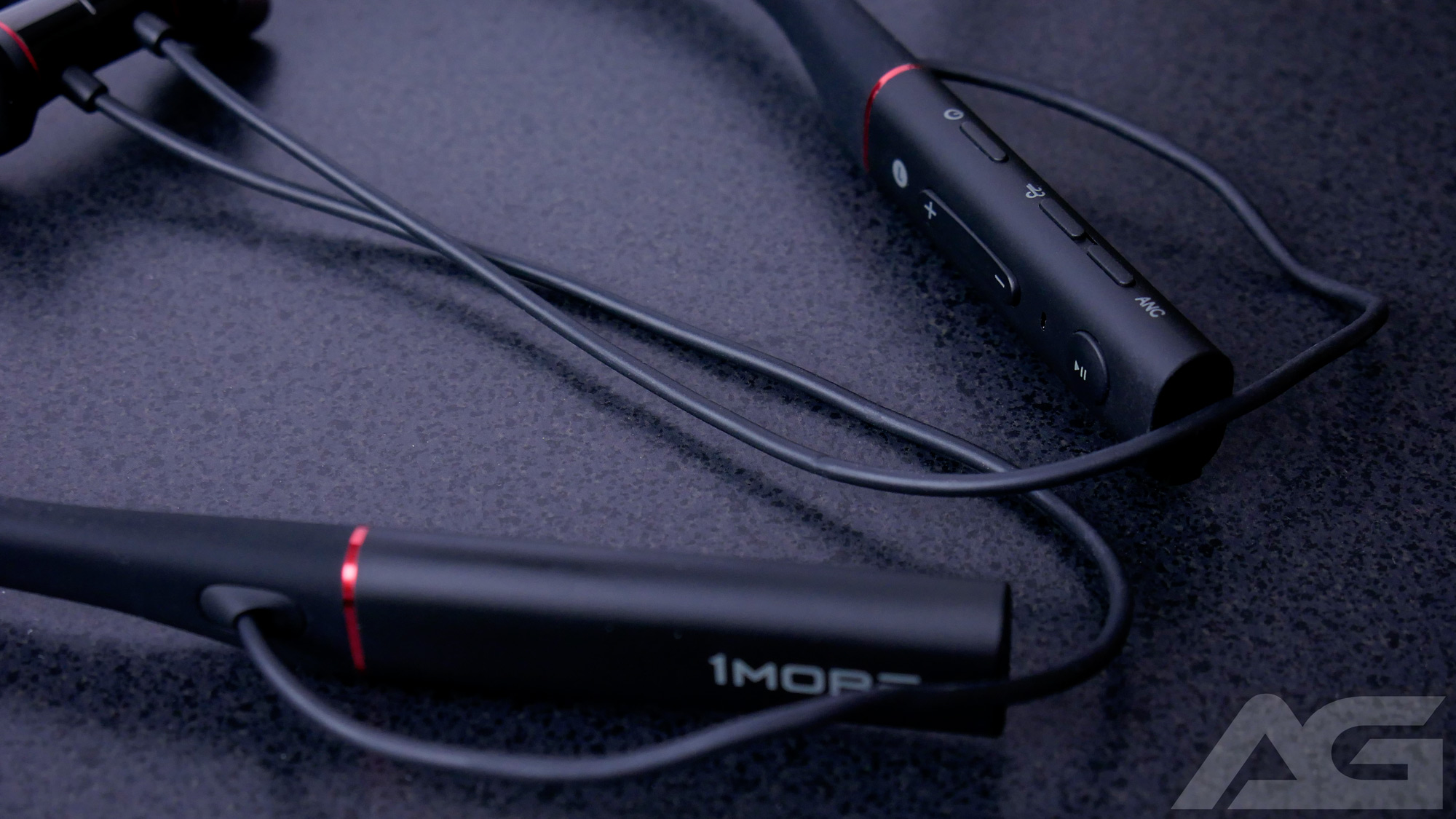 Included in the box is a USB-C to 3.5mm jack cable that allows you to use these headphones hardwired. This is the first time I’ve seen this option offered outside of over the ear headphones, and I’m a big fan. Just be aware that the headphones must have a charge and you’ll need to power them on, but this also allows you to use ANC with them plugged in. 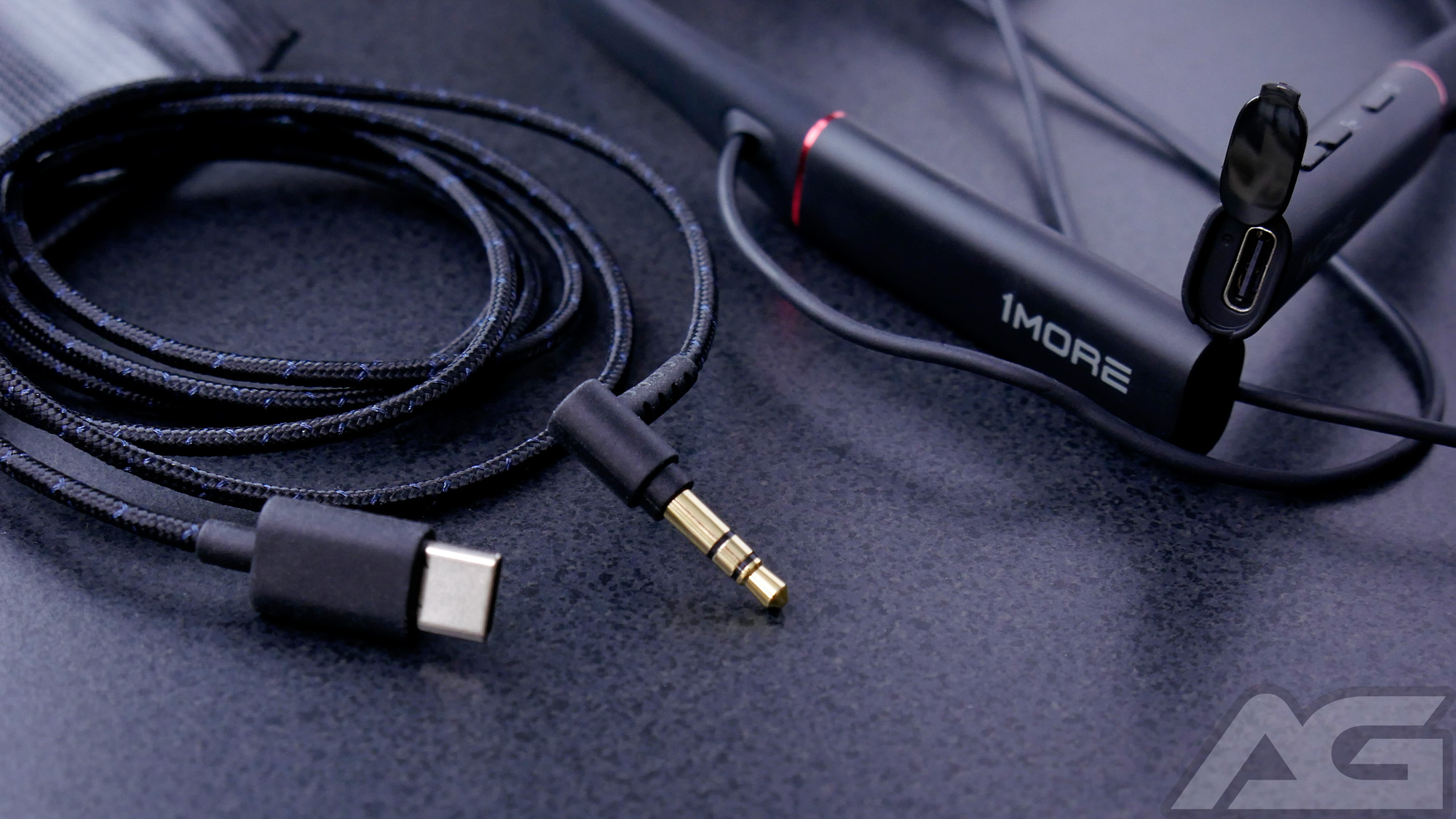 The earbuds are magnetic, which means they clasp together in the front much like a necklace when not in use. I’ll admit it, I’m a sucker for magnets, and love when headphone makers use this gimmick, even when it’s unnecessary — because there is very little danger of these headphones sliding off of your neck.

While most headphone makers use a round ear tip, 1More has chosen to use an oval shape here. Users with smaller ear canals, such as myself, beware. Even using the smallest ear tips in the box, I found them to be too large for my ears.

Which leads me to comfort, due to the size of the ear tips, it required me to jam them into my ears with a little more force to prevent them from slipping out. That results in a fit that starts out as slightly uncomfortable but surprisingly remained comfortable for hours of listening. 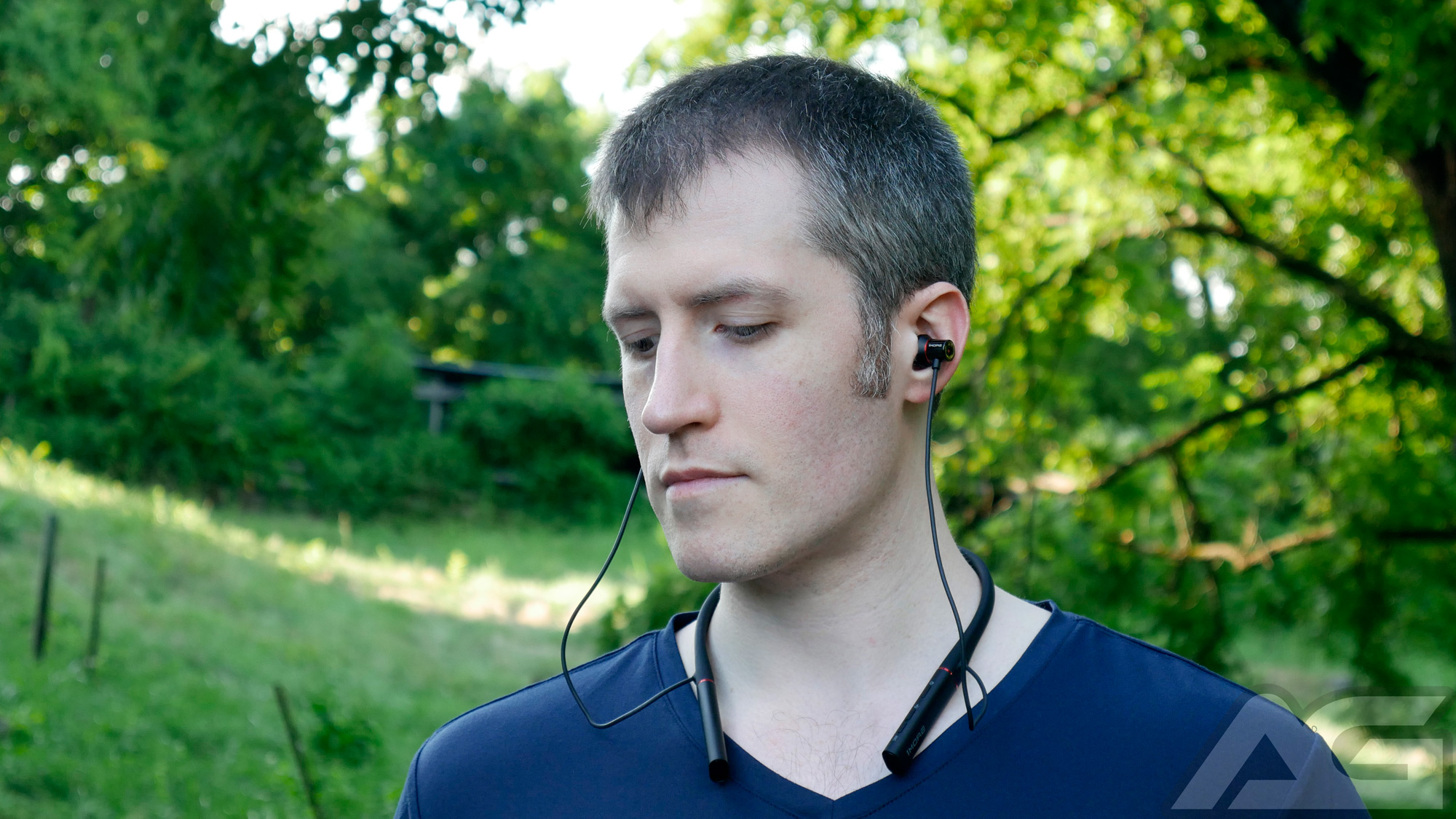 Overall, the 1More Dual Driver ANC Pro Wireless Headphones weigh more than some other neckband headphones I’ve tried. It’s not exactly heavy, but you might prefer a lighter pair if you’re going to use them while running. Otherwise, the weight is not likely to make much of difference when it comes to comfort.

The 1More app provides some basic functions for managing your headphones. One of the most important is updating firmware for the Dual Driver ANC Pro Wireless Headphones. If you purchase a pair, make sure this is one of the first things you check, because there was an update waiting for mine after installing the app.

Besides upgrading firmware, the app allows you to change the strength of the ANC level, displays the battery life, and features a toggle to enable/disable wind noise reduction. Pretty much everything you’ll need, except for the glaring omission of an equalizer to customize the sound to your liking. That’s one improvement I’d love to see 1More make with its app.

Another change I’d appreciate is the option to remove the playback controls in the notification tray. As far as I can tell, it is completely non-functional. Tapping on the buttons in the notification did absolutely nothing when playing music using both Tidal and Spotify. I’m not sure if this works with other headphones 1More makes, but even if it does, the controls are redundant when music apps already provide these by default.

Audiophiles will be happy to hear that the 1More Dual Driver ANC Pro Wireless Headphones support Hi-Res audio with the LDAC codec. For the uninitiated, when you play music over Bluetooth it is transmitted using a codec. Some of the most popular codecs are AAC, SBC, aptX, and aptX HD. You may have heard of some of these before, and all you need to know is, the higher the bitrate the higher the quality of the audio.

In the case of the Dual Driver ANC Pro Headphones from 1More, by using LDAC they offer bit rates up to 960kbit/s. In comparison, SBC offers 345kbit/s and aptX HD tops out at 576kbit/s. 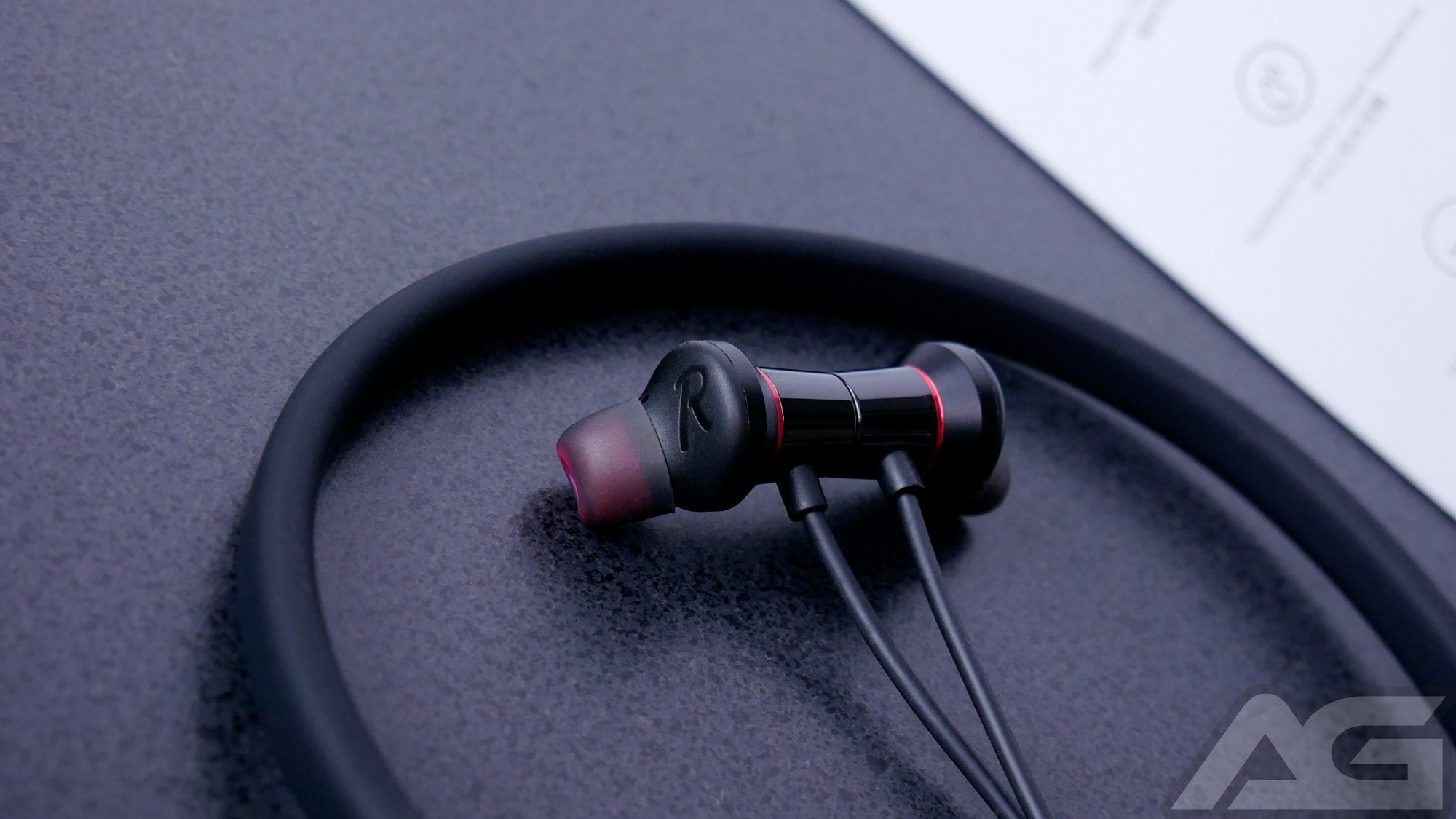 As you can see, the Dual Driver ANC Pro Wireless Headphones have a huge advantage here by using the LDAC codec, and I was very impressed by the sound quality. The highs were bright and crisp giving vocals amazing clarity, while still remaining balanced with a nice low-end for bass with real impact.

Perhaps it is the tuning or the use of the LDAC codec, but I was blown away by the amount of detail and definition while listening to tracks. No matter what I listened to, everything came in so crystal clear and balanced that I was able to pick up on sounds more clearly than with other earbuds I’ve tried.

The 1More Dual Driver ANC Pro Wireless Headphones offer two different levels of active noise cancellation, which can either be controlled with the physical buttons or within the app. I tested this out in a couple of different scenarios and came away rather impressed with the results.

The first level is enough to help block out sounds like the air conditioner running, while the second level will help with louder annoyances, such as airplane noise with the volume at 40 to 50 percent. I even found it helpful with reducing the noise from the lawnmower, although it won’t completely silence random noises, it does wonders for repetitive ambient noise.

The battery life on the 1More Dual Driver ANC Pro Headphones will vary greatly depending on a couple of different factors. The first being, which audio codec you are using during playback, and the second being, whether you have ANC on or not.

For example, if you’re using LDAC you can expect 8 hours maximum according to 1More. If you use one of the lower bitrate codecs, then you can stretch the battery life up to 20 hours. However, once you turn on ANC, those numbers begin to drop. Thankfully, 1More has this handy chart from their website that will help you make sense of it all.

Overall, I used the Dual Driver ANC Pro Wireless Headphones with LDAC and ANC off the majority of the time. That got me plenty of hours of music during the week and didn’t require excessive charging.

These days true wireless buds are all the rage, every day more and more are beginning to add ANC. However, sometimes you need more battery life than those tiny buds can provide.

If you’re looking for a pair of active noise-canceling headphones with a long-lasting battery, that won’t take up as much space as over the ear models, the 1More Dual Driver ANC Headphones are a fantastic choice.

They come in a $150, which is more than reasonable considering the wonderfully balanced sound quality and noise cancelation they provide.

Buy from Amazon Buy from 1More