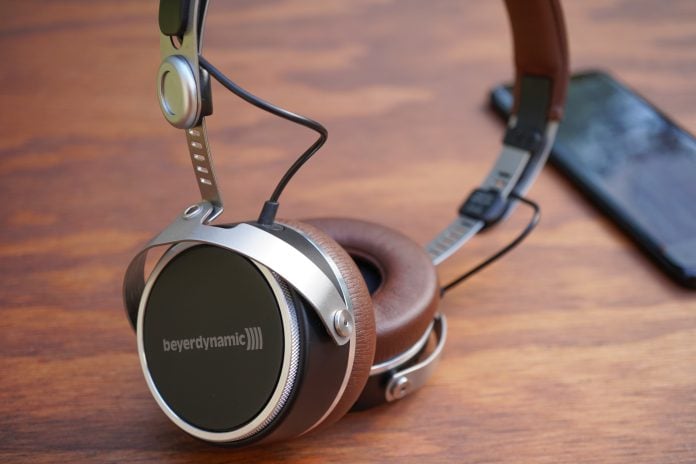 Beyerdynamic is one of the audio brands that advocates the distinction of German quality. What we like is that you don’t have to necessarily break the bank to be part of the club. Namely, the company’s highly-regarded DT series fall in sub-$200 territory.

But if you want to level-up to an even higher standard and sharper-tuned audio, then Beyerdynamic has you covered there too. And it’s ramping up its wireless audio presence. We’ve only seen in-ear wireless headphones from the company…until now. Say hello to the Aventho Wireless. 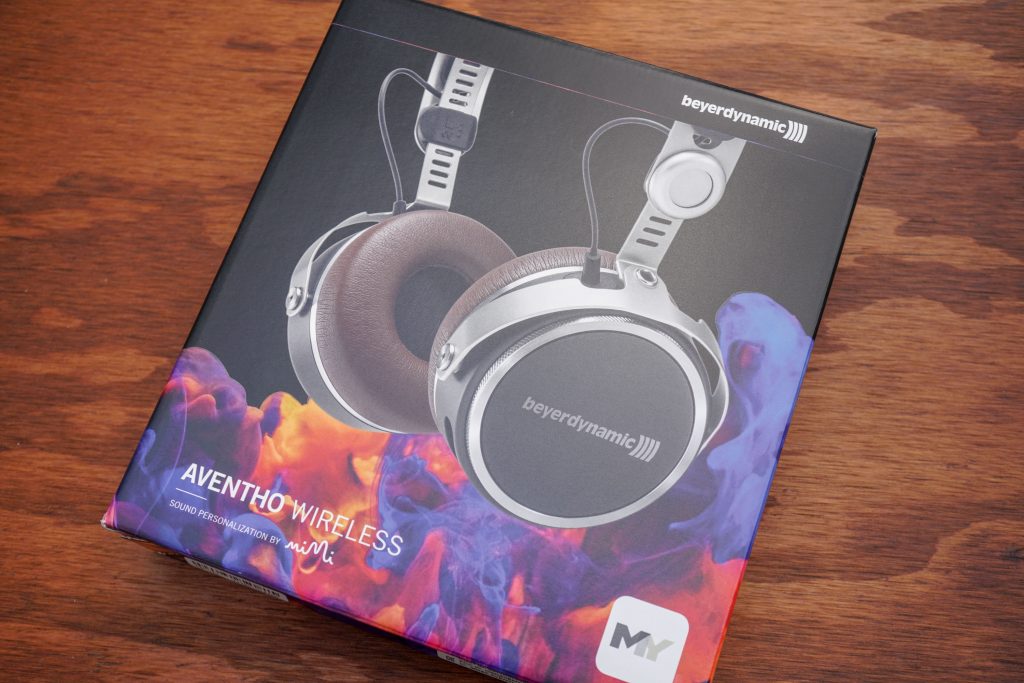 Aventho is a new name (maybe future series?) for Beyerdynamic. The Aventho Wireless is an on-ear headphone, which replaces the company’s previous DT 1350 flagship of this type. So it carries over some of the original design but is reworked for the most part.

Specifically, the ear cups, ear pads, and headband materials are all greatly refined, while also cutting the cord and packing in wireless-enabling technology. We must say that the aesthetics of this headphone is some of the best we’ve seen; the pictures don’t quite do it justice. 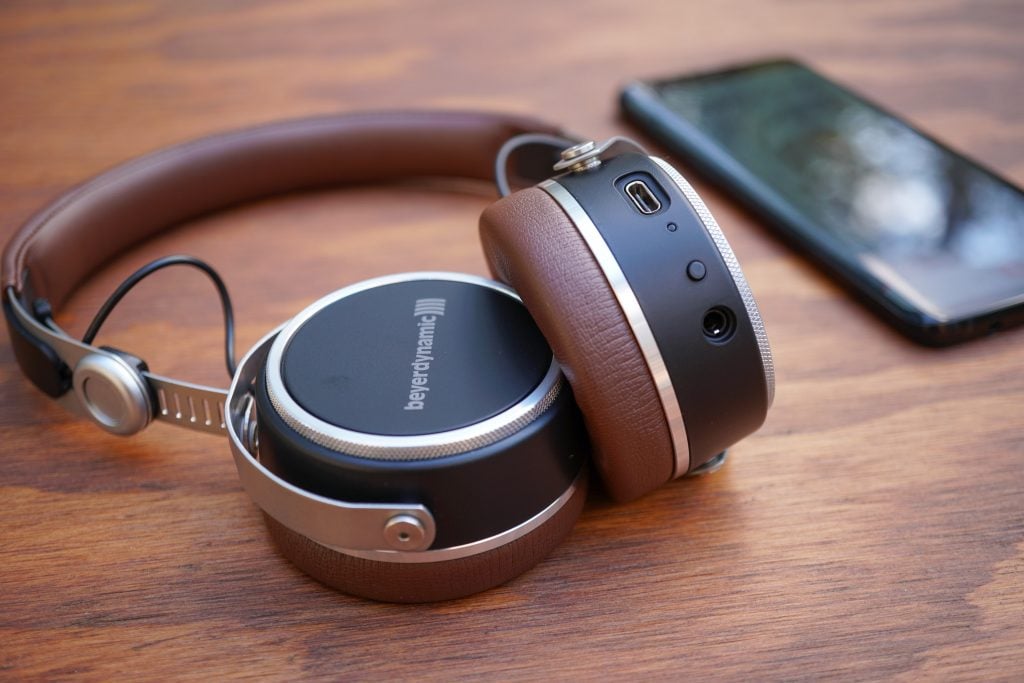 The industrial-looking makeup of metal and rivets, contrasted by elegant leather and smooth matte black plastic, is cohesively sophisticated and eye-pleasing.

The packaging is pretty simple. You’ll get cables for charging (USB-A to USB-C) and to use the headphone in wired mode (3.5mm to 3.5mm aux). The included carrying case is a cloth, string-closing bag. 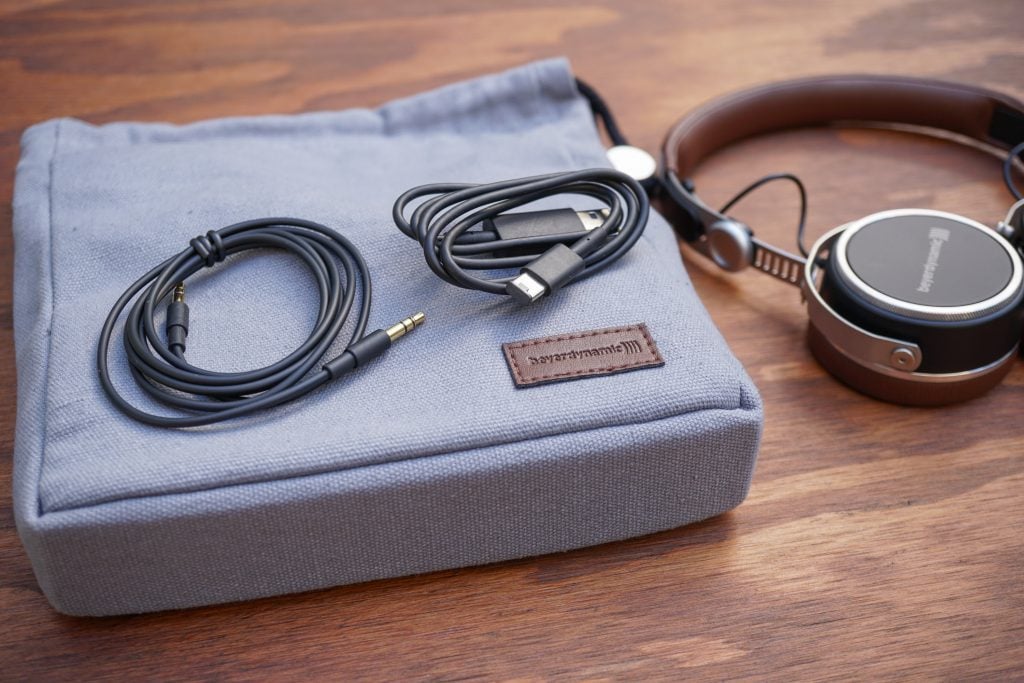 While the bag is thin, the footprint is on the large side. This is because, unfortunately, the Aventho don’t fold/collapse down. They can only rotate the ear cups to a thinner profile. This is fine to save you bulk if you plan to just stick them into a backpack, but you won’t be able utilize a small pack like with the V-MODA XS, for instance. You’ll also need to be mindful of pressure because the soft case won’t protect the Aventho from getting crushed.

The Aventho Wireless performs well with ergonomics and comfort, at least for an on-ear headphone. It’s not the lightest for its size (wireless headphones usually aren’t) at about 238 grams, but there’s ample cushioning on the ear pads and headband. The premium, supple leather is also a great choice.

But these qualities don’t mean that the Aventho avoid the on-ear discomfort that sets-in with longer listening sessions, despite having the perfect clamping pressure. That’s just how it is with pads pressing on your ears. But the Aventho do succeed in keeping the aches minimal, which don’t grow to an unbearable level. Same goes for the headband. Its great distribution of weight keeps eventual aches at bay.

They also aren’t able to avoid poor noise isolation – a common problem with on-ear headphones. These are wireless but not noise-canceling. So you’ll have to crank up the volume in noisy environments, being careful to not over-stress your eardrums.

Being wireless headphones, you’ll find a slew of features on an ear cup. It’s laid out simply: charging port, status LED light, power/pairing button, and 3.5mm jack for wired use. 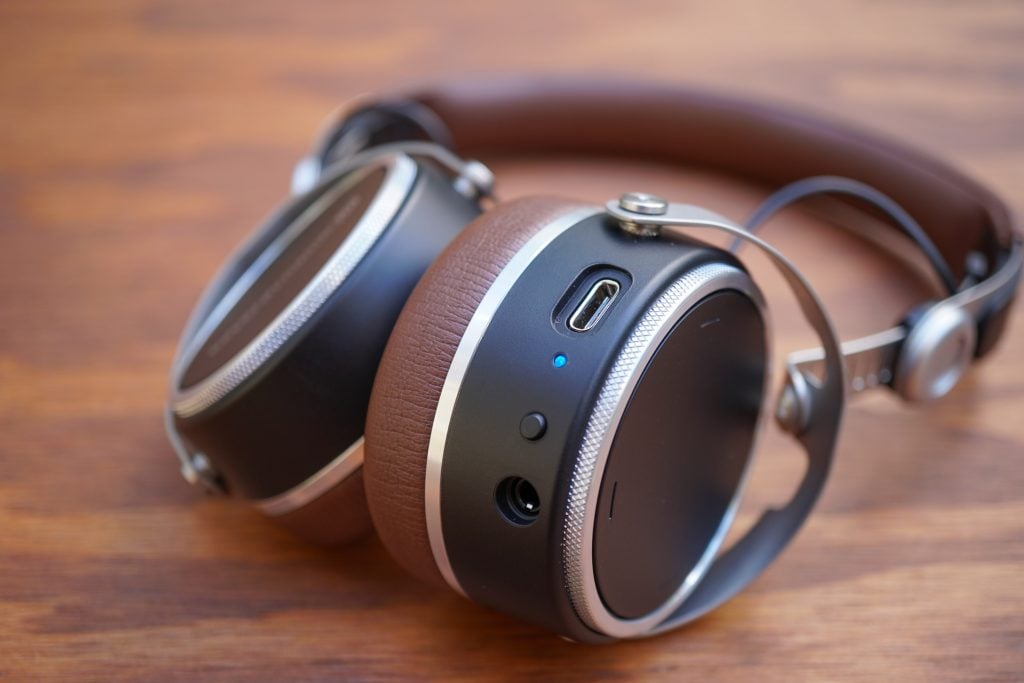 We have to commend Beyerdynamic on implementing the current USB-C port standard. Most accessory manufacturers are lazy and hold us back with the old micro-USB standard, and we’re forced to carry cables/dongles so that we’re covered for both. The only way we’re going to move on is if everyone is on the same page.

The single button is only used for power on/off and toggling pairing; there’s another way to control playback – a touchpad is unassumingly incorporated on the surface of the right ear cup. You intuitively swipe left/right to switch tracks and up/down to change the volume.

In the real world, these functions worked about 90% of the time for us. Our main contention wasn’t for the touchpad itself but the volume mapping. Connected to an Android device, the headphone’s volume control is unified with the Bluetooth volume on Android. This is nice in that it simplifies things (instead of having two separate volume controls), but the volume attenuation is coarse. We ended up with a volume step that was too quiet and the next too loud. This isn’t a problem with the headphones, per-se, but something not thought-out in the Android OS with how it functions with wireless audio.

That said, the touchpad on the Aventho doesn’t get a complete pass. There’s some extra functions built-in, like swiping and holding to rewind/fast-forward, which didn’t work for us at all, as well as toggling the Google Assistant.

A couple important technological features that Beyerdynamic gets right is the battery life and audio streaming capacity. The Aventho Wireless can go the distance with a 30-hour battery rating – and you can carry the wired cable with you if you’re still worried about it. Beyerdynamic also shows it’s not playing around with sound quality, being that the higher fidelity aptX HD audio streaming codec is supported. Manufacturers typically settle with the vanilla aptX, if they even support it at all (a significant 16-bit, 352 kbps vs 24-bit, 576 kbps difference).

Beyerdynamic has been slow to adopt wireless audio, and we think that’s because of the method’s inherent quality limitations. Specifically, the tracks have to be substantially compressed to transfer over Bluetooth, and a compact DAC has to be packed in with all those other internal wireless-enabling components.

Now that Beyerdynamic has had the time to work it out, we were expecting a top-notch sound from the Aventho Wireless. And fortunately, they did not let down.

They deliver a powerful sound, fuller than you’d expect an on-ear to deliver. We’re not just talking about bass, of which does have an elevated presence but not overdone or bloated (though, a little much on the mid-bass for our tastes). That kind of energy is carried throughout the spectrum, up to the crisp and textured treble.

The mid-range is punchy and not held back either, like typical V-shaped sound signatures out there. It doesn’t quite have the spacious range of the treble, but we appreciate that its forward enough to draw authority when dictated.

This is a headphone that tilts towards fun/impact than trueness, but since this is Beyerdynamic we’re talking about, there’s plenty of detail to appreciate. The open/airy delivery is most what captured us. The nice soundstage (for an on-ear) gives the dynamics detectable space to breathe, recognized best by the rich treble. 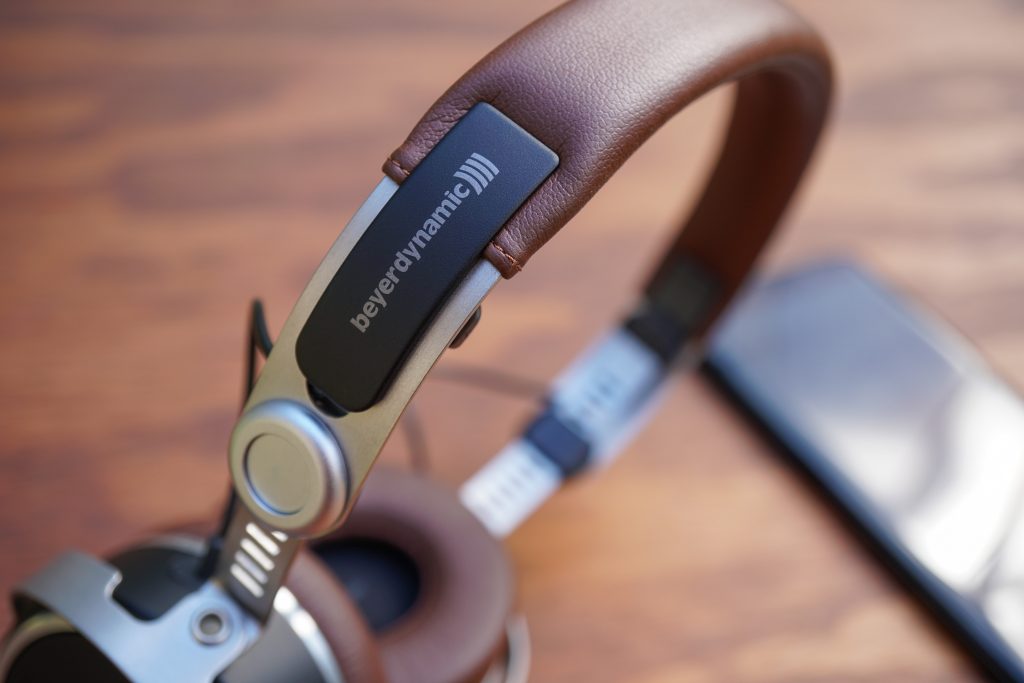 So all things considered, what is our recommendation with the Aventho Wireless? They are no doubt a finely crafted on-ear headphone, probably the best out there. They do so many things right, like properly using the latest USB-C port and aptX HD wireless audio standards, as well as an impressive 30-hour battery life.

But it’s hard to overlook that wallet-busting $450 price tag. This is especially in light of being an on-ear headphone, which inherently comes with some limitations, like with noise isolation, discomfort, and soundstage. Additionally, there are some really good full-sized headphones to be found at that price. The Aventho Wireless has the size advantage, but many of its larger counterparts can fold down to a competitively small form.

That said, if you really want an on-ear, you’ll be hard-pressed to find one better put together than this one.