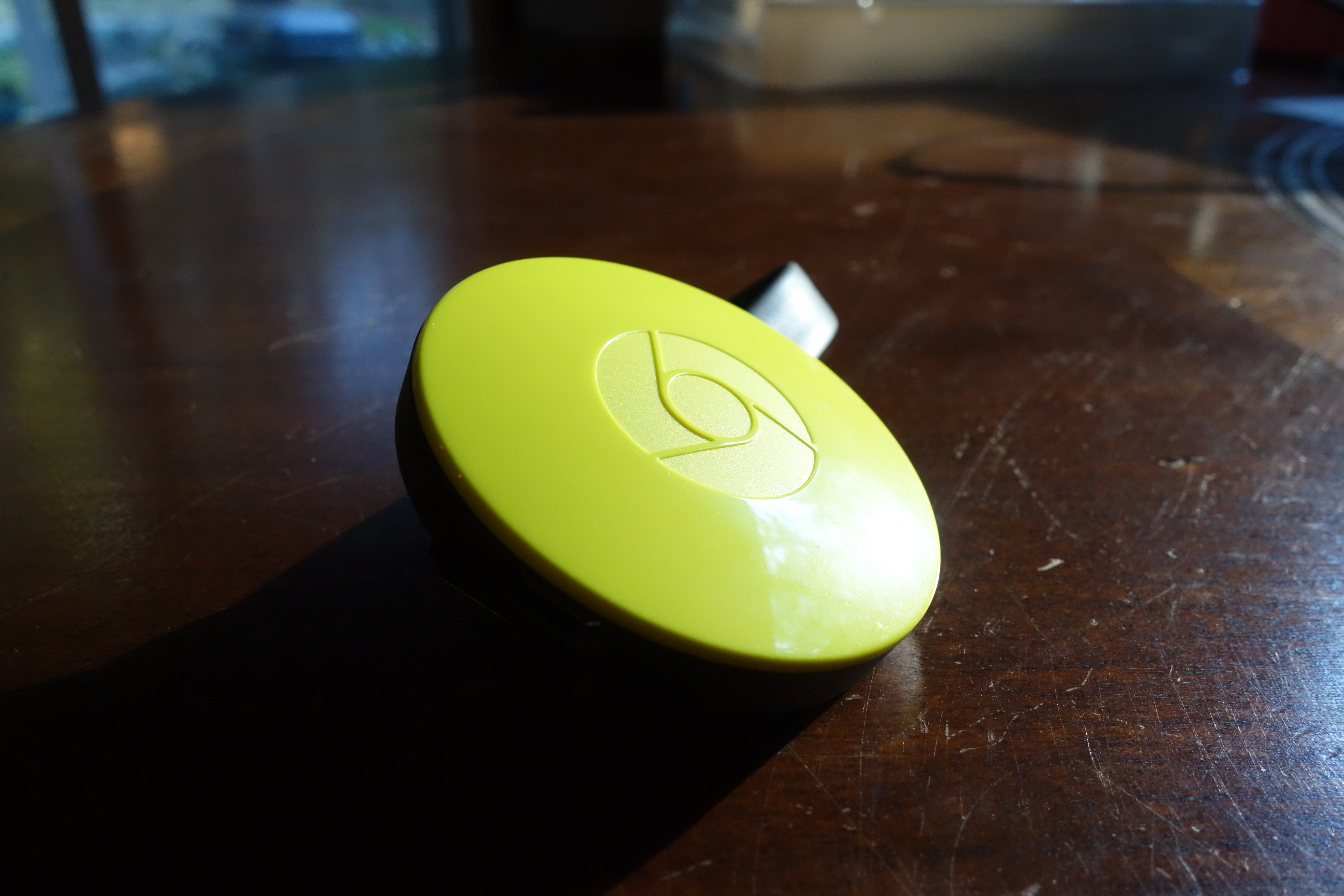 I was part of the Google fans who were ecstatic when Google announced the original Chromecast. I mean, it was nothing revolutionary, but something that was genuinely missing. Especially as the wireless world dominates ever-so, unifying our mobile devices and TV was an important step. And at only $35, it was affordable enough for anyone to join in and splurge a little bit for convenience.

The first Chromecast had a fairly long run, launched back in the summer of 2013 (time flies doesn’t it?). For the most part, it did it’s job, and I don’t think anyone was dying for an update. But of course, Google wouldn’t just leave it at that. There are always improvements to be had. 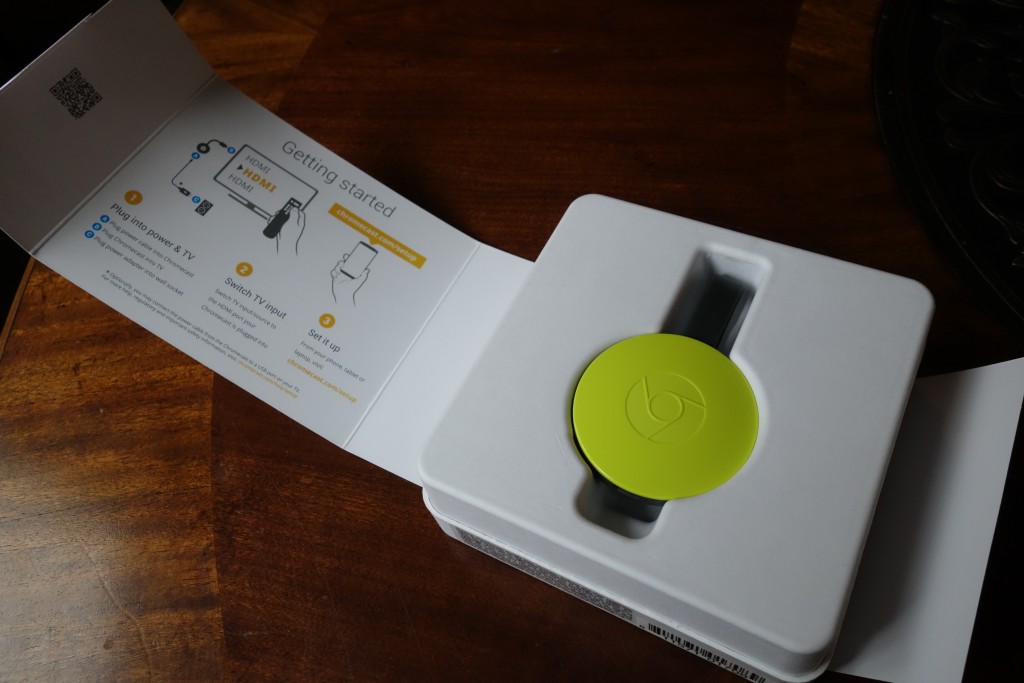 While the core purpose of the 2nd gen Chromecast is the same (as well as the $35 price tag), there are some welcomed updates. Which leads me to the question: Is it worth upgrading your previous Chromecast? Let’s find out!

Google felt that the Chromecast needed a drastic design change. The body of the device very much resembles a hockey puck. The HDMI plug extends from the side via a short, flat cord. 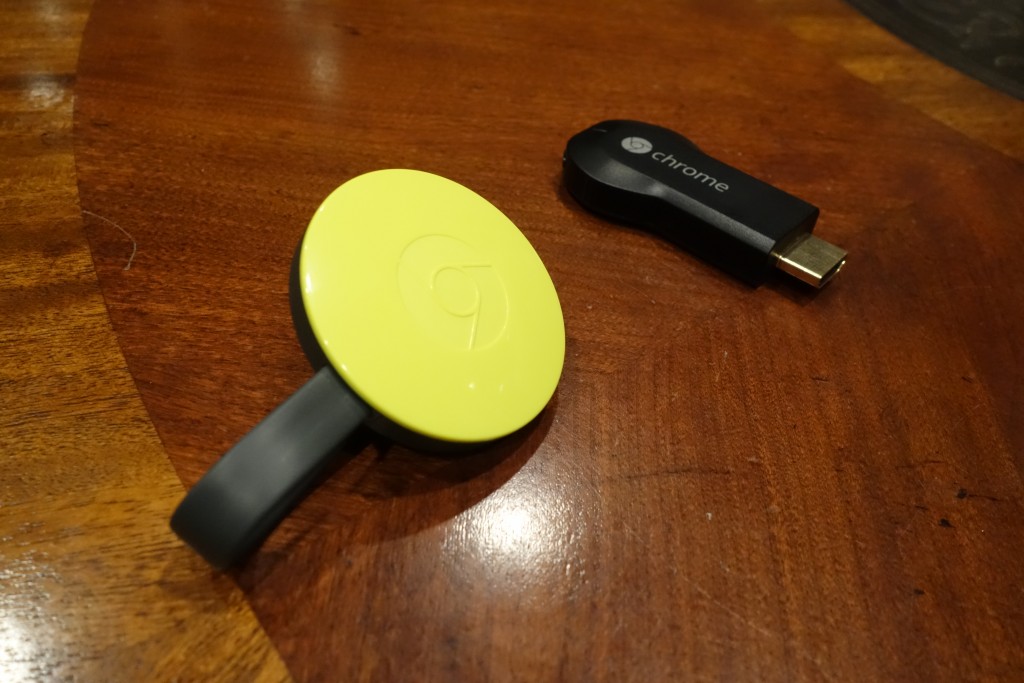 The change wasn’t just for aesthetics, there’s a reason behind it. All TV setups aren’t the same. Some folks found that the original’s dongle-stick build did not fit in the allotted space between their TV and wall (or any other obstruction).

Therefore, while the Chromecast’s new shape may seem odd at first glance, the intent was to alleviate the cramped-space concern. The drawback is that it doesn’t feel like a thought-out design, because it just hangs off of the HDMI port. This may not be a big deal if your HDMI port is behind your TV, you won’t see the device. But if your HDMI port is near enough to the edge of the TV, it my prompt you to want to tape the Chromecast down or something. It would’ve been nice is Google included a little Velcro sticky, for cases like this. 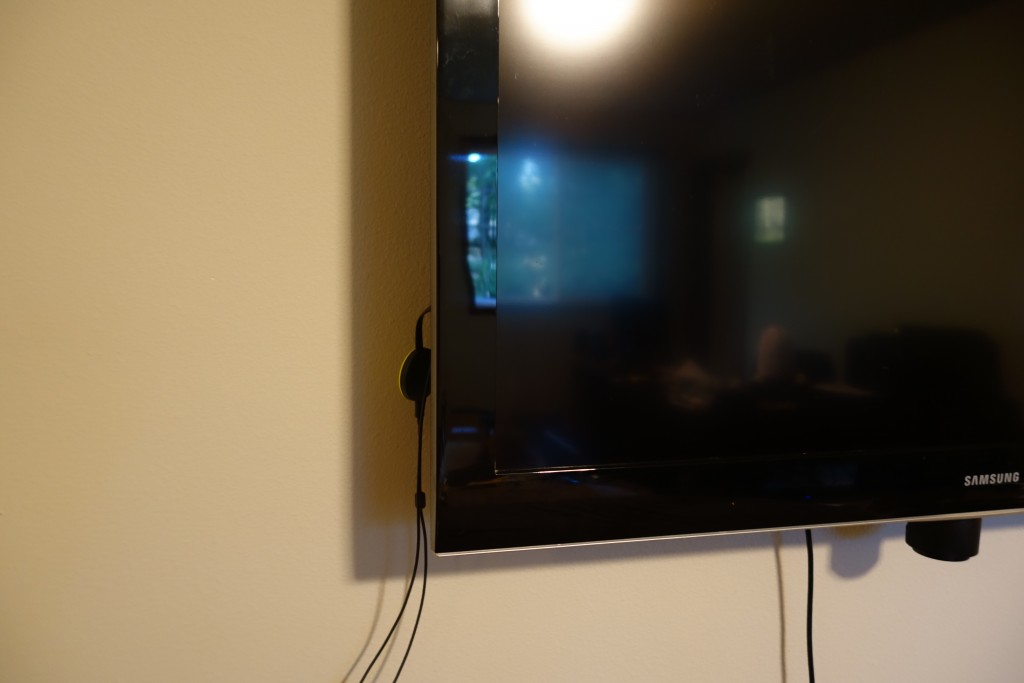 However, a nice touch is that when you’re transporting the Chromecast, the HDMI plug is magnetically attracted to the body. So it won’t be there just flopping around. Despite the fact that the Chromecast will most likely live behind your TV and away from sight, Google still felt the need to liven things up with color. This Chromecast comes in two bright colors, aside from standard black – Lemonade (yellow) or Coral (red). 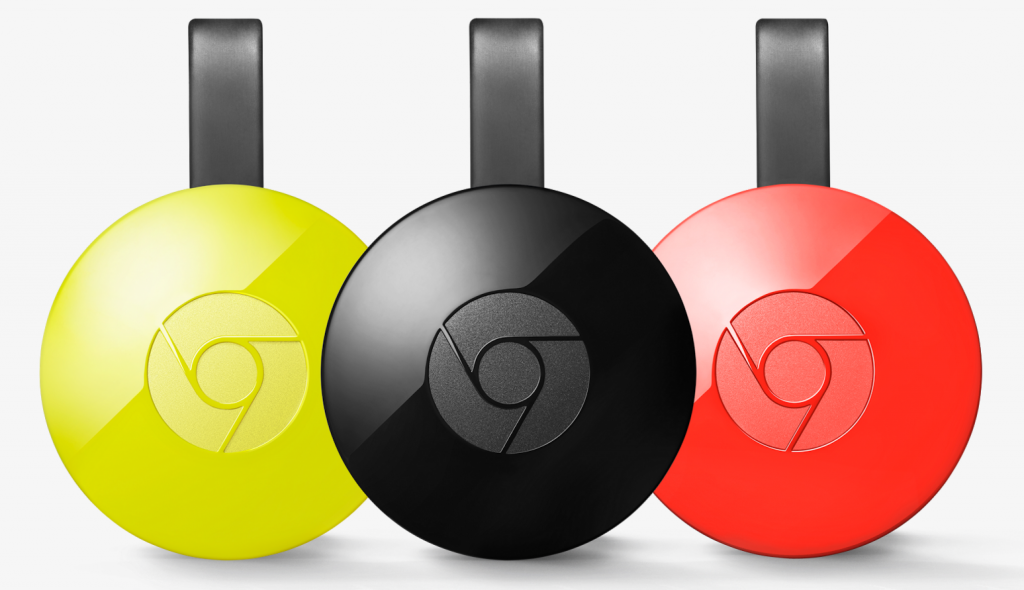 The device is pretty small, and the length of the cord is 4 inches. The body is mostly hard plastic, with the glossy cap that has a slight curve and the Chromecast symbol etched on the center. Around the side, you’ll only find a microUSB port (for power input) and a power button. 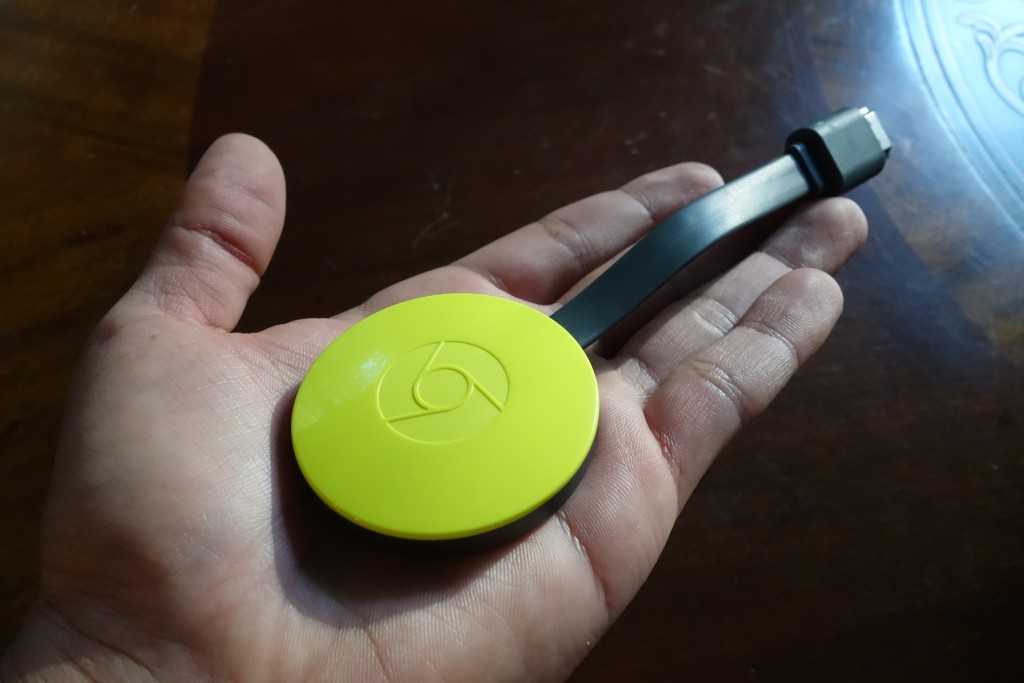 Installation of the new Chromecast is the same as before. The plug goes into the TV’s HDMI port. It receives power from either a nearby USB port or with the supplied AC adapter.

Setting up the software for the first time is brisk. Like before, it requests that you install the Chromecast app on your mobile device. You verify a code that it displays to make sure you’re communicating correctly, and then enter the password into your WiFi network.

After that, you’re all set and ready to start playing. The default Backdrop wallpapers show up on the TV screen, just like before. The Chromecast app is essentially your remote controller. Supported media apps that are installed on your device will populate content suggestions on the launch page. 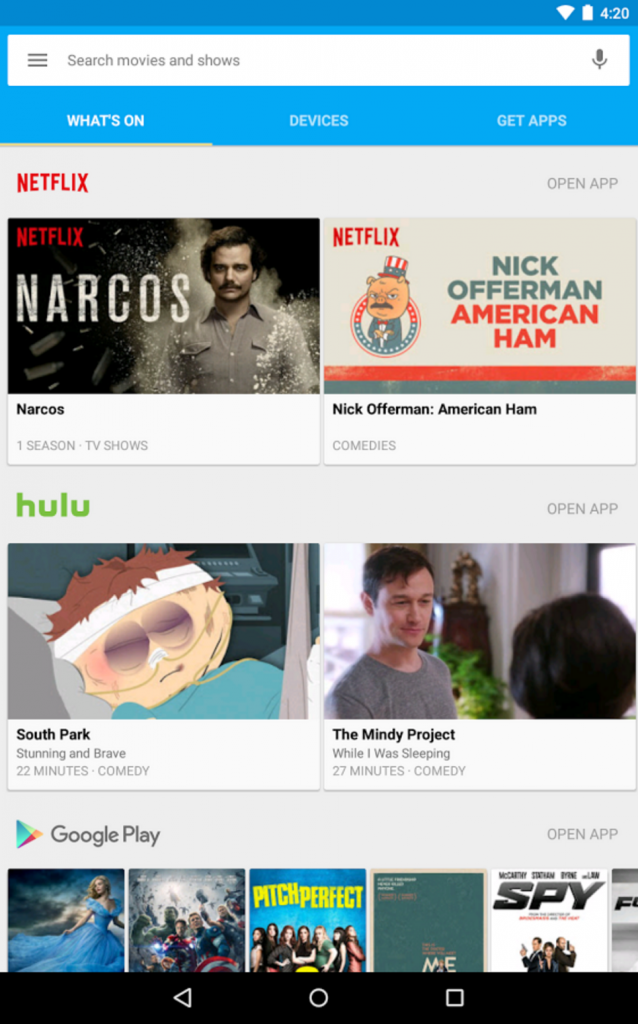 Making a selection will launch the corresponding app, where you then press the Cast button to display it on the TV. There is also a search bar, which will find which sources can play that title. Chromecast has support for the main media providers (with the exception of Amazon Instant – you can probably thank Amazon for that). 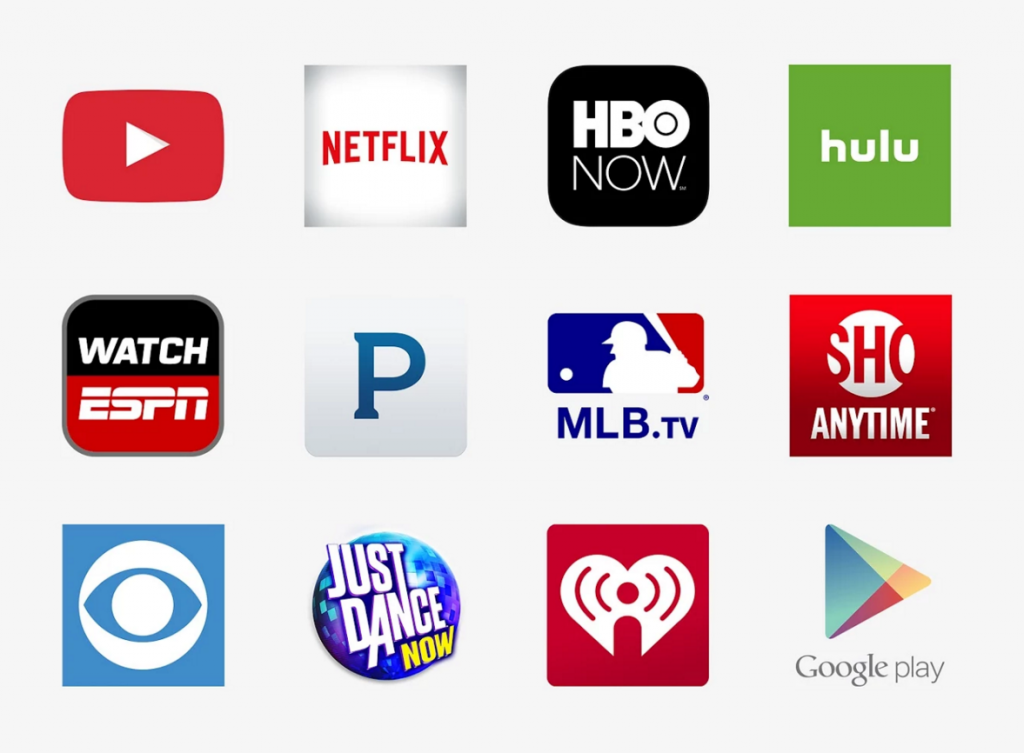 If you’re coming from the original Chromecast, you’ll know notice how quickly content launches on the TV. It is blazing fast in comparison. It is with this that you realize you’re using a different Chromecast. Part of the improvement is due to the dual-band WiFi now on-board (with an adaptive antenna system).

One of the most annoying things to me about the original Chromecast was upon launching content, I would get a delayed response when trying to lower the volume as the content initiated. And of course, each time the Chromecast is powered back on, the volume restarts to highest setting (instead of remembering the last set volume level). While the new Chromecast follows suit, it actually listens to me when I try to quickly lower the volume before my speakers blasts my face with audio.

Also, mirrored content from the PC or phone is now smooth. Previously, I had lag too frequently occurring in the feed, or stuttering in videos. The largest supported resolution is still 1080P. This is a bit disappointing, considering the growth of 4K TV’s. Maybe we’ll have it on the next iteration. 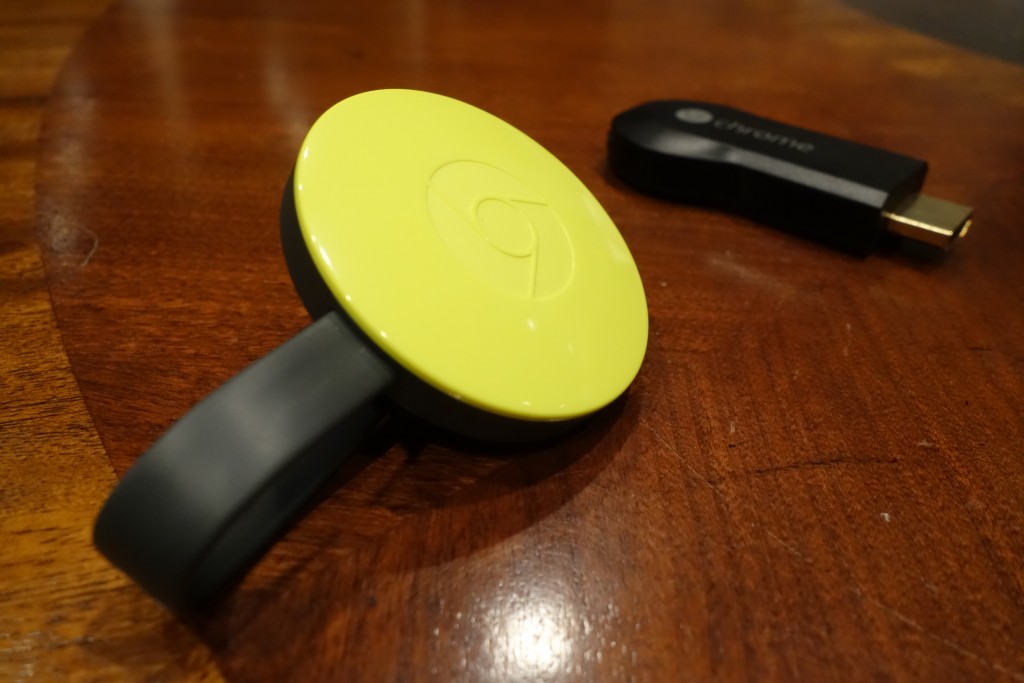 So is it worth it to upgrade to the 2nd gen Chromecast from the original? I wouldn’t say so. That is, it’s not $35 worth to upgrade. If you can sell the previous Chromecast or get a good discount on the new one, then maybe.

In a nutshell, functionality is basically the same. You’re still plugging a small device into your HDMI port, you’re still getting 1080P video output, and you have access to everything you had before. Only, now it’s all faster. Not to underplay the niceness of the speed boost, just saying I don’t feel it’s $35 worth.

All in all, the 2nd gen Chromecast is a fantastic device, and you’ll love it if you haven’t made the leap yet. But it certainly won’t make the waves that the original Chromecast did when it launched.