Smart home options seem to be expanding almost by the minute. From cameras to smoke detectors and air fryers, you can connect almost anything to your home WiFi these days. Eufy has updated its security lineup with a new wired doorbell and wireless camera.

The Anker sub-brand brings budget-friendly options in the eufy 2k Video Doorbell and eufy SoloCam E40. I’ve added both to my home and have been using them for a few weeks ahead of this full review. 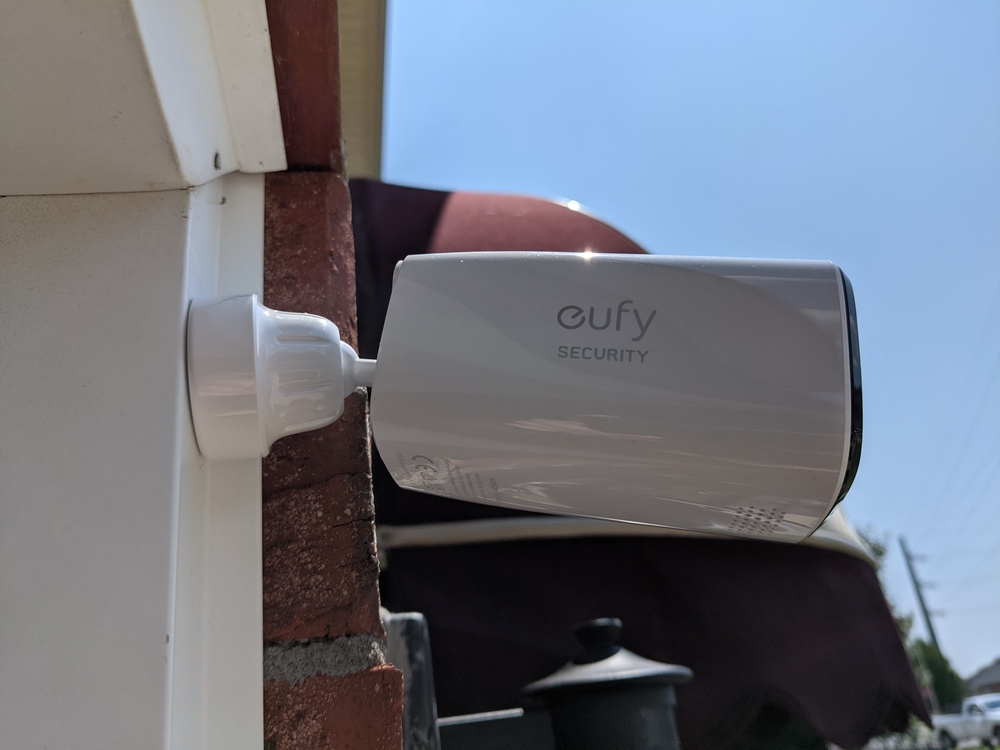 Neither one of these units reinvents the proverbial wheel. If you’ve seen a smart doorbell or wireless security camera, then you’ve pretty much seen what these look like. Both have built-in motion sensors and can record up to 2K resolution on demand.

The eufy SoloCam E40 is an elongated roundish shape that kind of reminds me of an old-school side mirror on a car. Around the back is a charging port covered by a rubber-sealed flap. On the front is a centered video lens surrounded by an IR array to pick up motion.

The eufy video doorbell is a sleek, piano black rectangle with a camera lens at the top and a button for… you guessed it, to ring the doorbell. When someone presses this button, there’s also a blue LED ring that lights up around it. 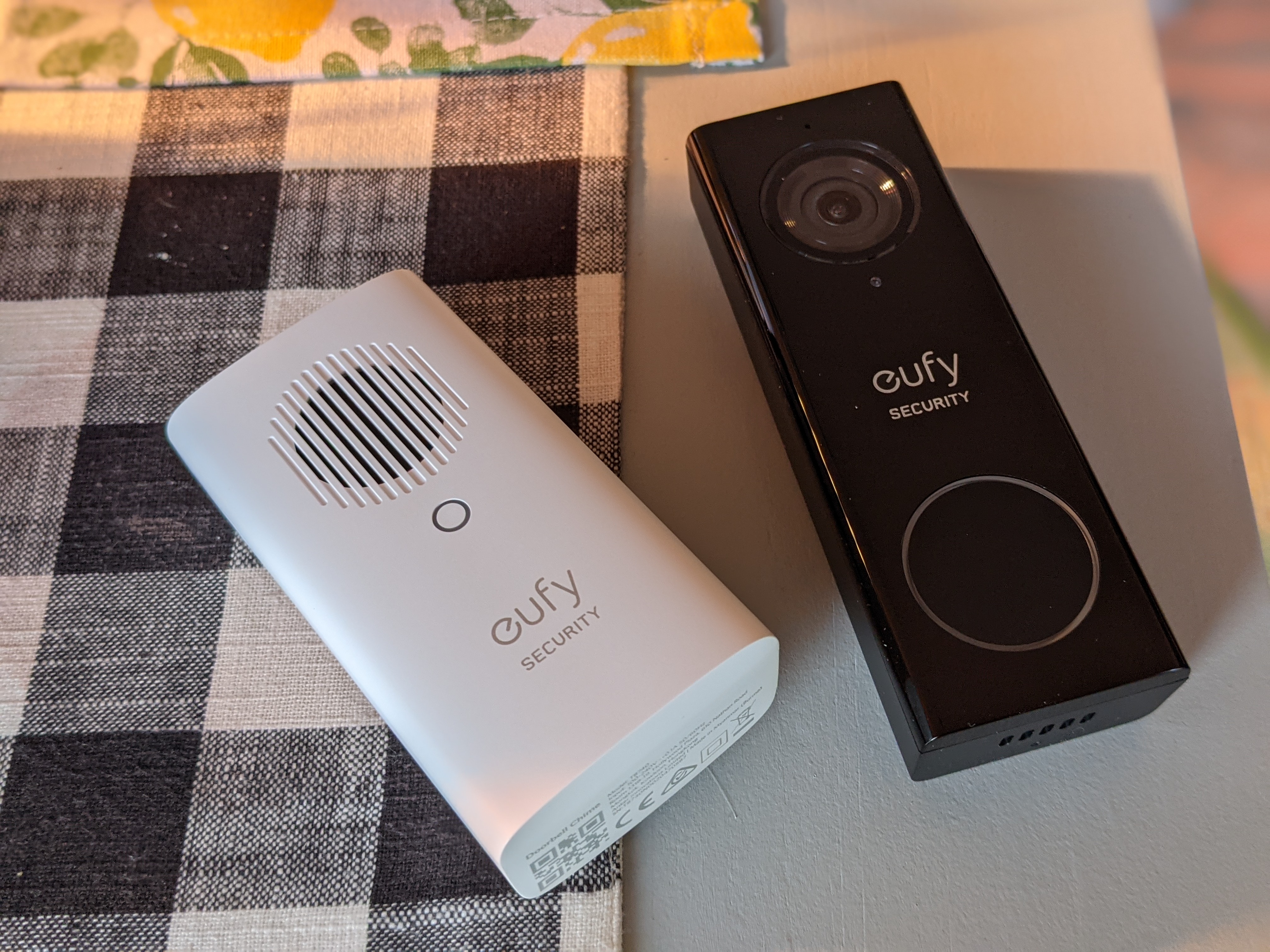 Speaking of ringing the bell. The one downside to the design is that eufy has not integrated backward compatibility with traditional doorbell boxes. This is the physical box inside your home that creates the tone of the doorbell. It’s usually a discrete white plastic container near the entrance.

The onboarding of each of these cameras was a breeze. The eufy Security app is one of my favorites. It has easy to follow prompts to get you going and then the camera is confirmed by using the lens of the new device to scan a QR code generated in the Android app.

After the initial pairing, the app will walk you through adding your WiFi details and go over a briefing about local storage. You can also opt for cloud storage for a monthly fee, or you can link your camera to a NAS storage device as well.

Now you are ready for installation. This process is also well documented in the app and manuals. Let’s start with the eufy Video Doorbell. Most homes have a wired doorbell that has two wires behind the scenes powering everything. Thankfully the eufy Smart Doorbell has the same two terminals behind its panels as well.

Once you remove your old doorbell, you simply tie it back into the existing wiring. Before that, you may need to use the included mounting terminal to make sure the new holes for screwing into your door frame match up. Otherwise, a Philips head screwdriver and about five minutes are all you need on the outside of the house. 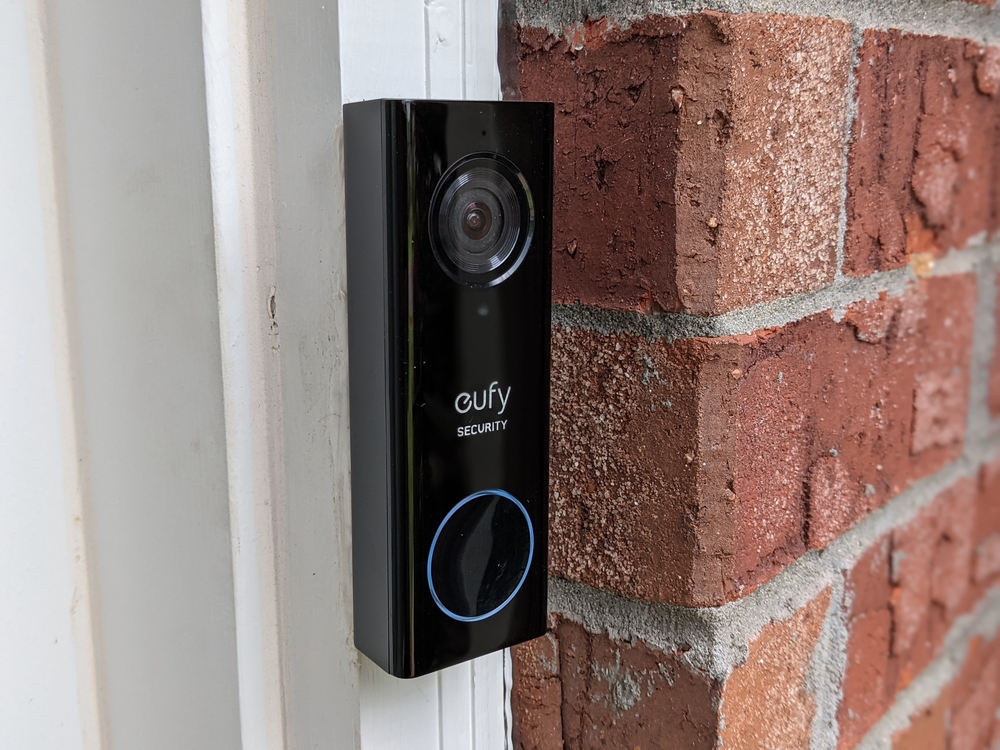 One exception is the internal doorbell system. As mentioned earlier, one fault of the installation is that the wiring of the eufy Smart Doorbell doesn’t communicate seamlessly with the existing tonal box inside the home. This is circumvented with a jumper cable inside the box paired with a small electronic bell that’s about the size of a wall-plug air freshener. Plug it in. Sync thru the app and you now have the complete doorbell setup.

The eufy SoloCam E40 is even simpler to get going hardware-wise. The lack of wiring makes this camera able to be mounted literally anywhere. In the box, you get the camera, mounting hardware, and a mounting ring base. 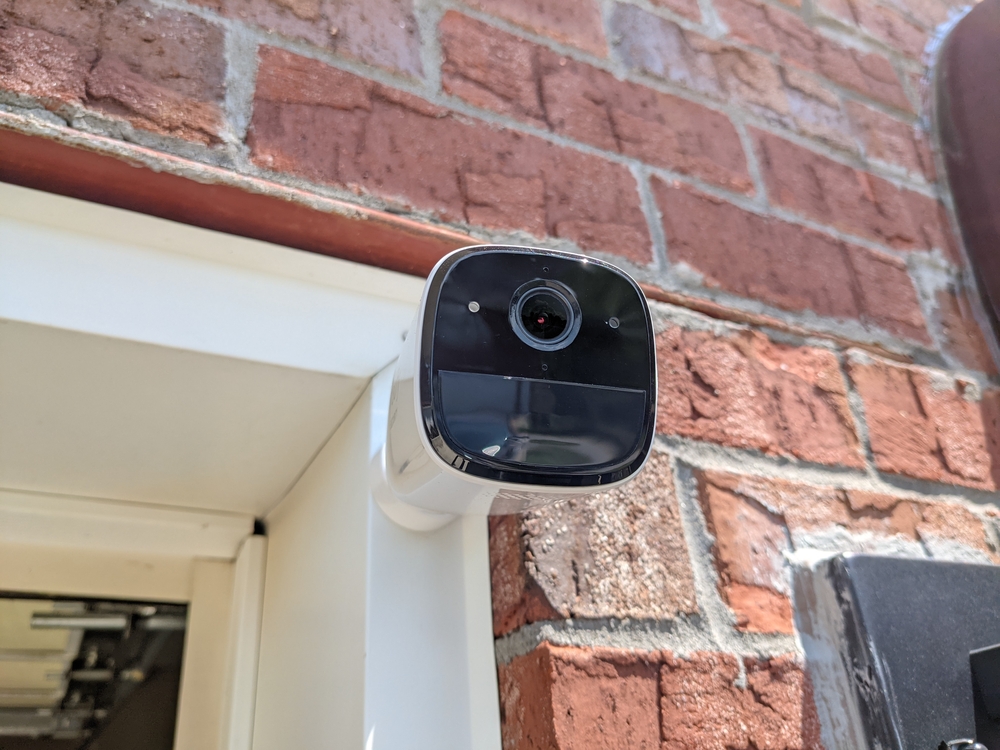 After you’ve found your ideal spot to be monitored. You pre-drill your pilot holes and use the included screws and mounting ring to secure things to the house. The SoloCam E40 then screws into the rest of the hardware on the end of a pivoting arm.

Anker has built a solid app experience. From the setup to normal use, it’s pretty intuitive and quick to get to your cameras. You can easily get to settings for things like notifications, storage, and view recordings.

Another good selling point is it’s one of the few selections that can be solely dependent on your local network and storage. On my network, this leads to decent performance. I have noticed a few times that live view takes longer than I would like, but not terrible by any means.

I’d say my biggest complaint is that I’ve found the doorbell a little inconsistent on movement detection. The eufy Video Doorbell has been a little over-sensitive at night. This has resulted in false notifications of motion numerous times.

Eufy’s app does allow to adjust the sensitivity of motion detection, but I’ve found the default gets the night false movements and the next level of decreased detection misses real people coming to the door at times. I’d love to see a software update to hone in some of this with additional levels of sensitive controls or better AI readings.

eufy has a growing stable of security smart devices. The Video Doorbell and SoloCam E40 have brought another solid combo to this lineup. If you are in the market for smart home video devices these should definitely be on your list.

The final factor in most purchases is often price. The eufy SoloCam E40 costs $130 full retail on Amazon. If you act fast, that’s currently discounted by $20 with a promotional coupon.

The eufy wired Video Doorbell can also be found on Amazon for $160 retail. However, it’s also seeing a pretty heavy discount at the time of this posting. You may be able to snag it for $40 off on the Amazon sale page.

The Gourmia Foodstation 5-in-1 allows you to bring your...
Read more

Around the time I agreed to review the Lastar...
Read more
Advertisment

The Gourmia Foodstation 5-in-1 allows you to bring your outdoor BBQing inside. This smokeless grill features a bottom heated grate for the...
Read more

Have you ever wanted to make your own mobile or VR games, but weren't sure how to go about accomplishing it? You...
Read more

With the world becoming more and more technology-focused, there has never been a better time to learn the basics of programming. With...
Read more

Are you interested in getting involved in crypto? It’s a promising place to put your money, so it makes sense, but there...
Read more

Differentiating yourself from the crowd has become incredibly important in today's landscape. Gain in-depth knowledge and become the go-to person in the...
Read more

Andrew Allen
Andrew is tech nerd and Linux geek who loves to experience the latest in mobile technology. When he's not glued to the web, he's a husband, father, and pit bull lover.
Advertisements