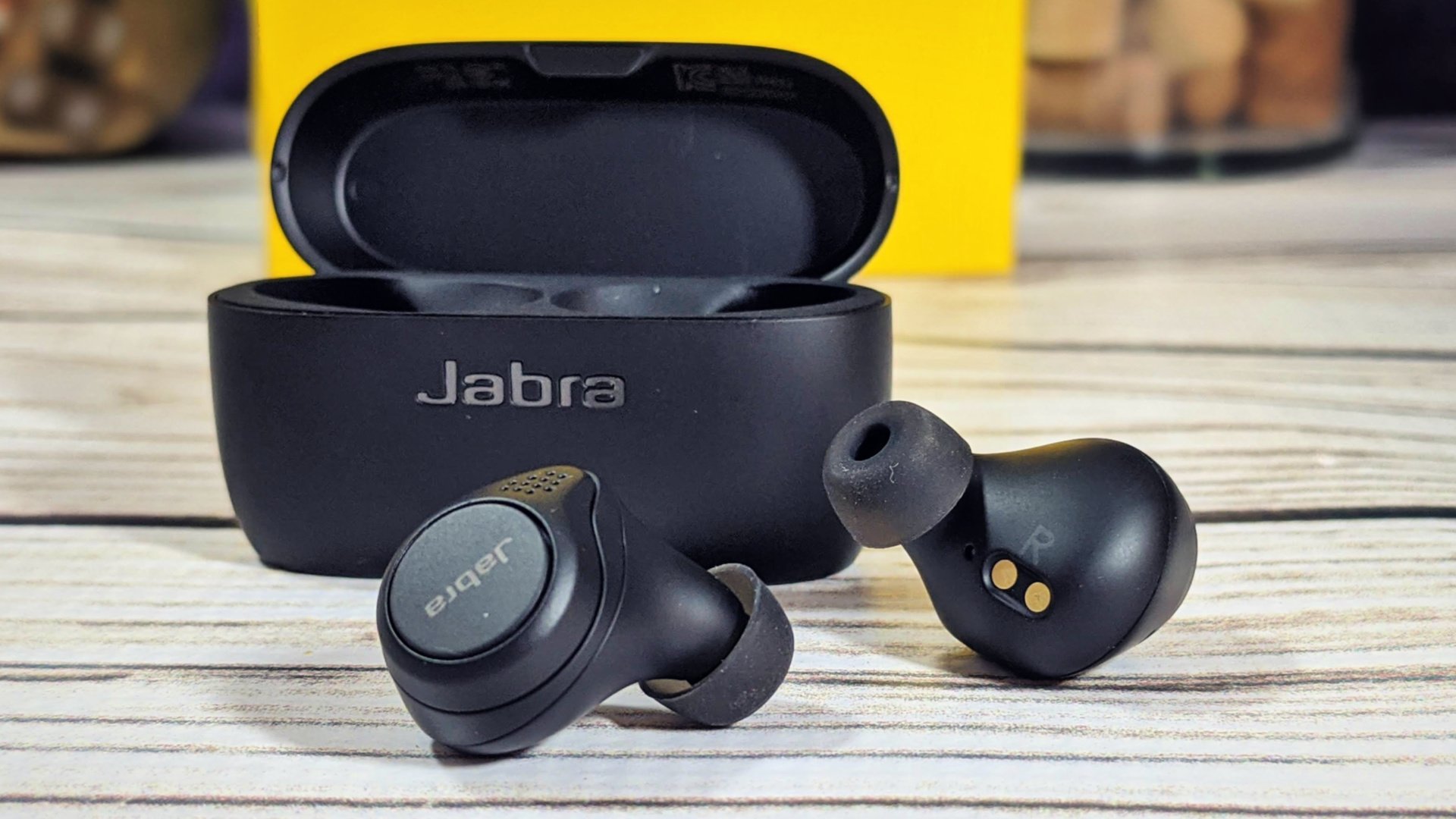 The Jabra Elite 75t are one of the company’s latest true wireless earbuds, originally making their debut in November 2019. While they were initially priced at $200, they dropped to $180 upon arriving and find themselves in an increasingly crowded space.

When it comes to earbuds, true wireless is the way to go. No longer relegated to only the priciest of models, it’s a standard that we’ve come to appreciate. Just about anyone can find a pair that speaks to them; all budgets are welcome. 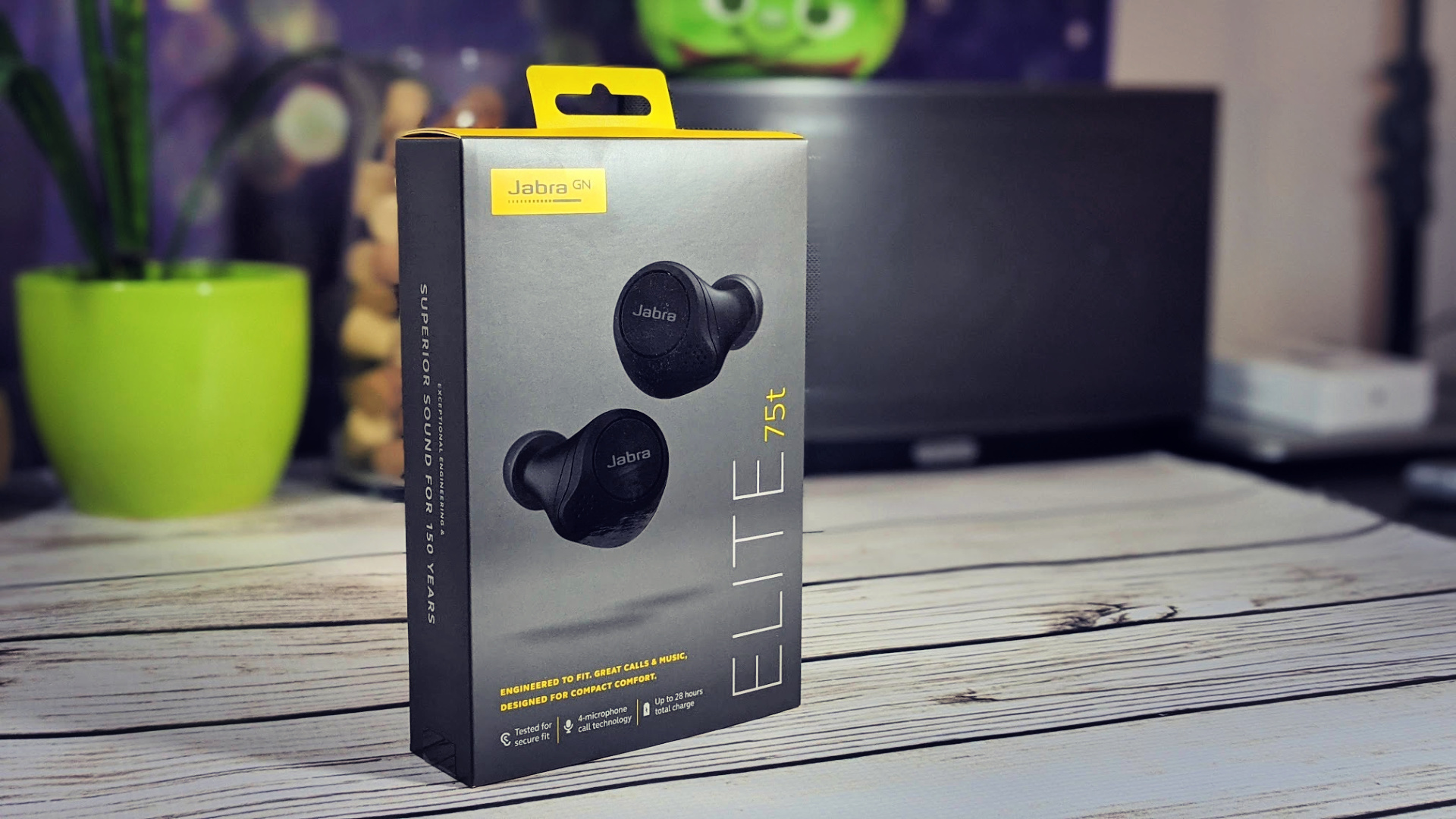 The Jabra Elite 75t are among the higher end of the proverbial food chain, but come in lower priced than Apple’s Airpods Pro or Master & Dynamic’s MW07 Plus. And while they are a successor to the Elite 65t, they carry a slightly higher price tag.

We’ve had a pair of Jabra Elite 75t at the office since around Thanksgiving, and found ourselves using them more and more over the holidays. Now that the dust has settled and we’ve been able to cobble together the time, we’re putting forth our review.

The Elite 75t are incredibly comfortable to wear, even for longer periods. The ear tips, of which you get three sizes, have a silicone gel that conforms nicely to the shape of your ear.

The overall size and weight of the earbuds is among the smaller we’ve seen, further lending itself to comfort. You won’t receive any ear hooks to secure them but you’ll not miss them as they fit quite securely. Once in your ear you really don’t notice they’re there. 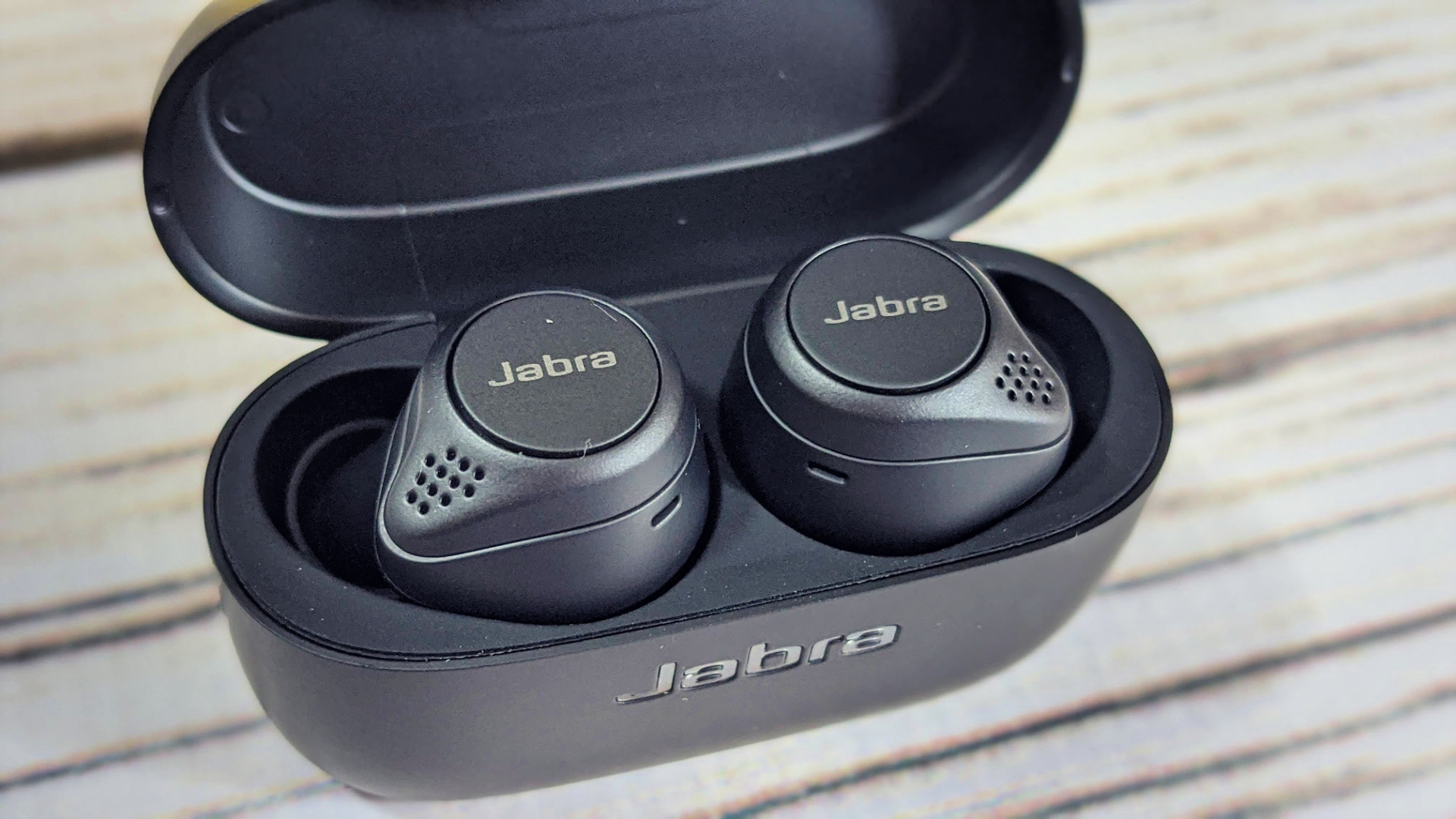 Considering how small and lightweight the Elite 75t are, we were really blown away by their deep bass and rich sound. If you’re into the heavier, pounding music that thumps in cars, you’ll appreciate how these earbuds are tuned.

Jabra provides an app to adjust the equalizer settings so you can manually tweak things to your tastes, but the default setting is resonant and omnipresent.

We dialed up the mids and highs a smidge because it’s more in line with the music we tend to prefer. Additionally vocal stuff like podcasts and audiobooks sound more natural and not as heavy.

Jabra claims the Elite 75t get up to 7.5 hours of playback on a full charge. We found it got close to this mark a few times but often ended up closer to seven hours when keeping volume levels high. Still, for most people that’s three or more trips to the gym or maybe a week’s worth of commuting to and from work. 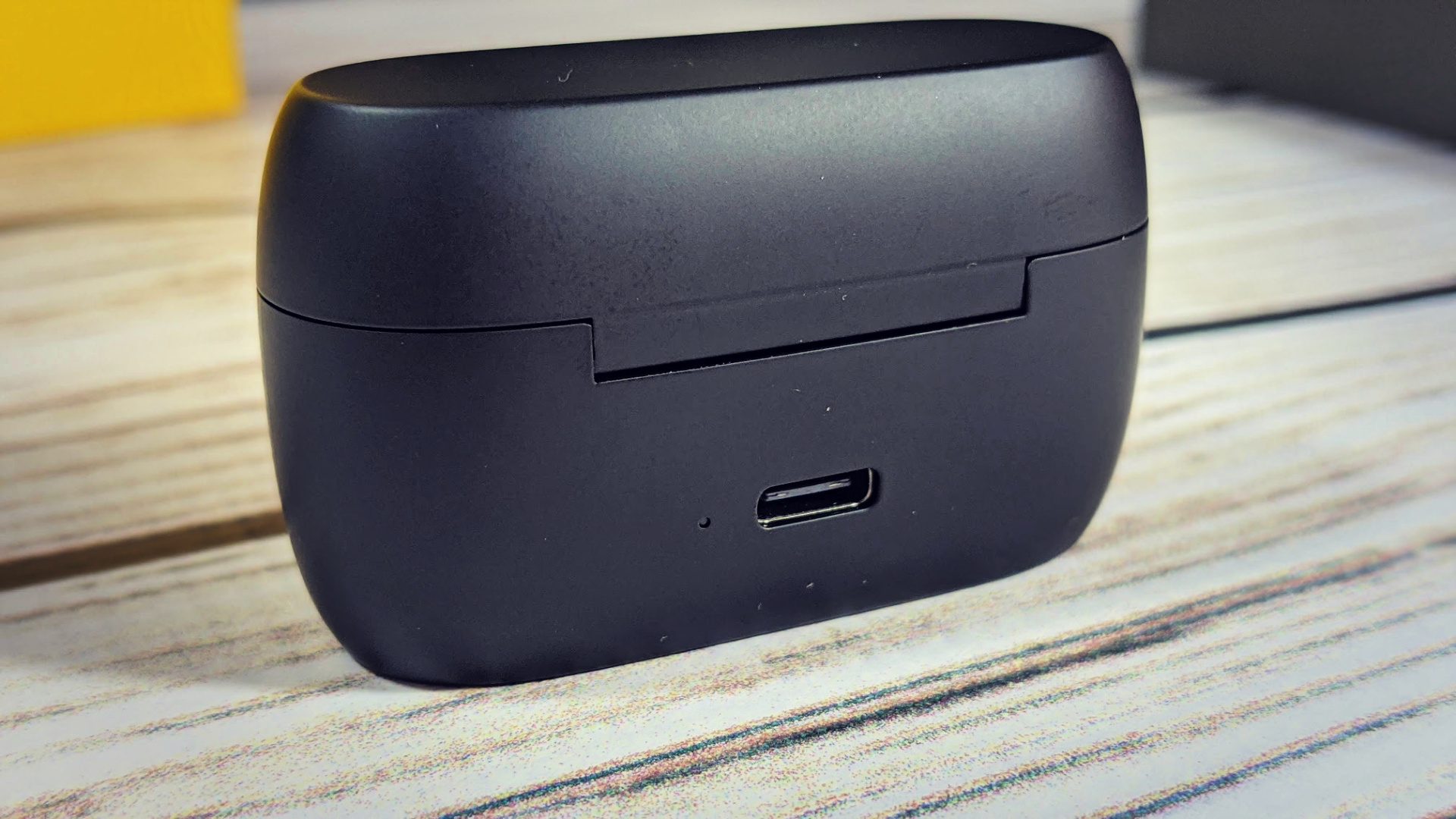 The charging case has enough battery in it to provide another two full charges plus a little extra, giving you a theoretical 28 hours of life. That’s impressive stuff when you factor in the size of the earbuds.

The charging case is also pretty compact, fitting nicely in the front pocket of a pair of pants. The lid snaps closed with a magnetic bite; the earbuds also latch into place via magnet, too. Even if the lid opens up somehow in transit, the earbuds stay put.

Charging is conducted via USB type-C, which we definitely like, and there’s an indicator light located on the back. Jabra says just 15 minutes on a fast charge is all that’s necessary to get an hour of playback. We found that claim to be accurate.

As we see in most true wireless earbuds, the Jabra Elite 75t feature touch controls. Each of the earbuds has its own controls which are based on single, double, and triple pressing. 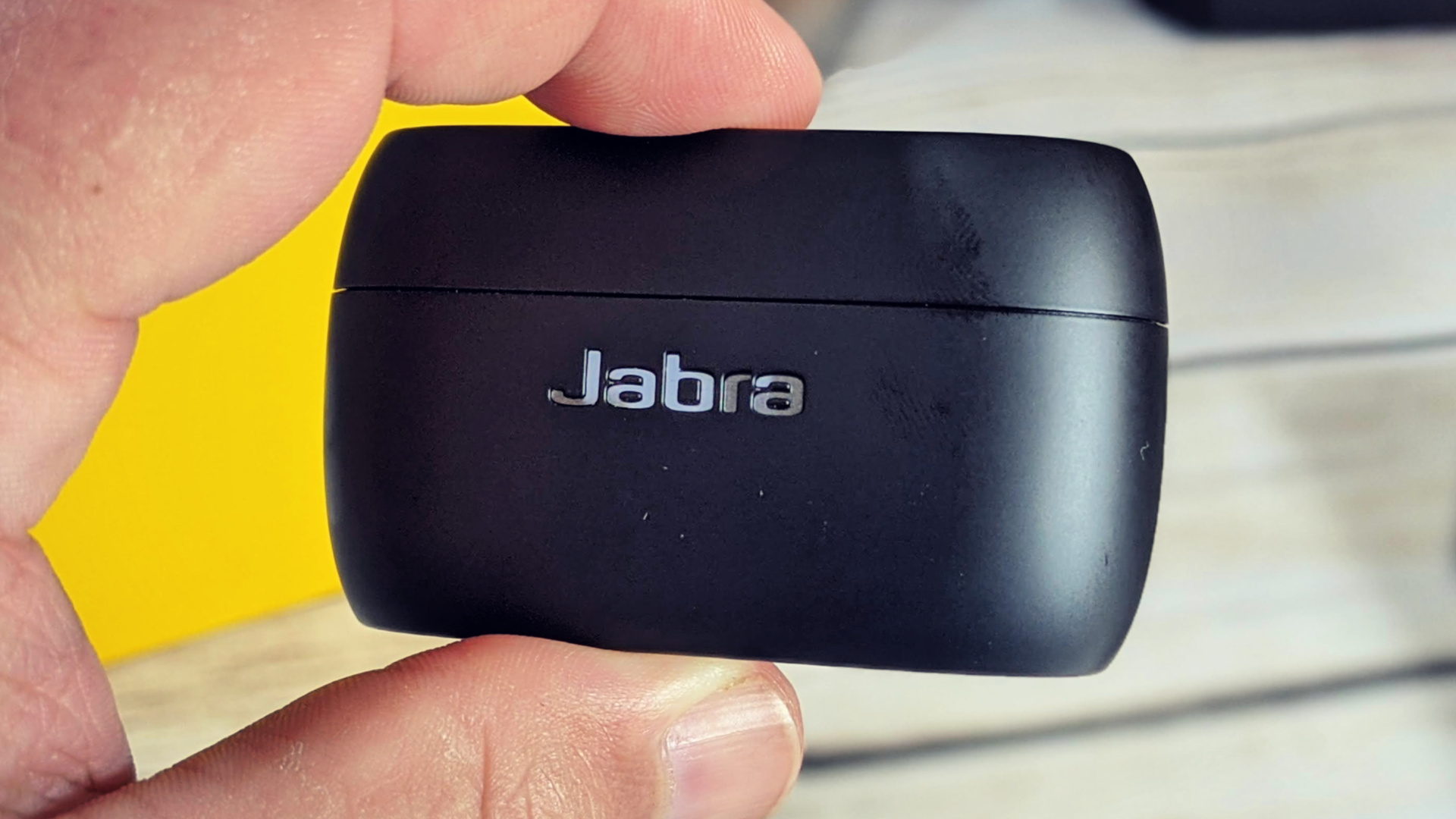 Present are actions for volume, play and pause, skip forward and back, call answer and end, HearThrough mode, and voice assistant. It takes a bit of understanding as to how each works and can be a tad frustrating at first.

It does require a little bit of emphasis to click the buttons. Moreover, you might find you have to use an extra finger or two to stabilize against your head. This prevents accidental pressing or performing the wrong action and is less of a problem that it actually sounds.

Jabra employs four microphones in the Elite 75t, using them for a variety of functions. The HearThrough mode pulls audio in from the environment, letting listeners keep an ear on things happening around them.

On the other hand, these mics make it so that you’re able to focus on just the music or your phone calls. They can be used to block out wind and ambient noises like city streets and windy parks.

You can use the Jabra Elite 75t for a digital assistant like Google Assistant, Siri, or Alexa. You’ll have to double-press the right earbud to activate it, and it’s nice, but we’d prefer if the earbuds were able to simply listen for the command. 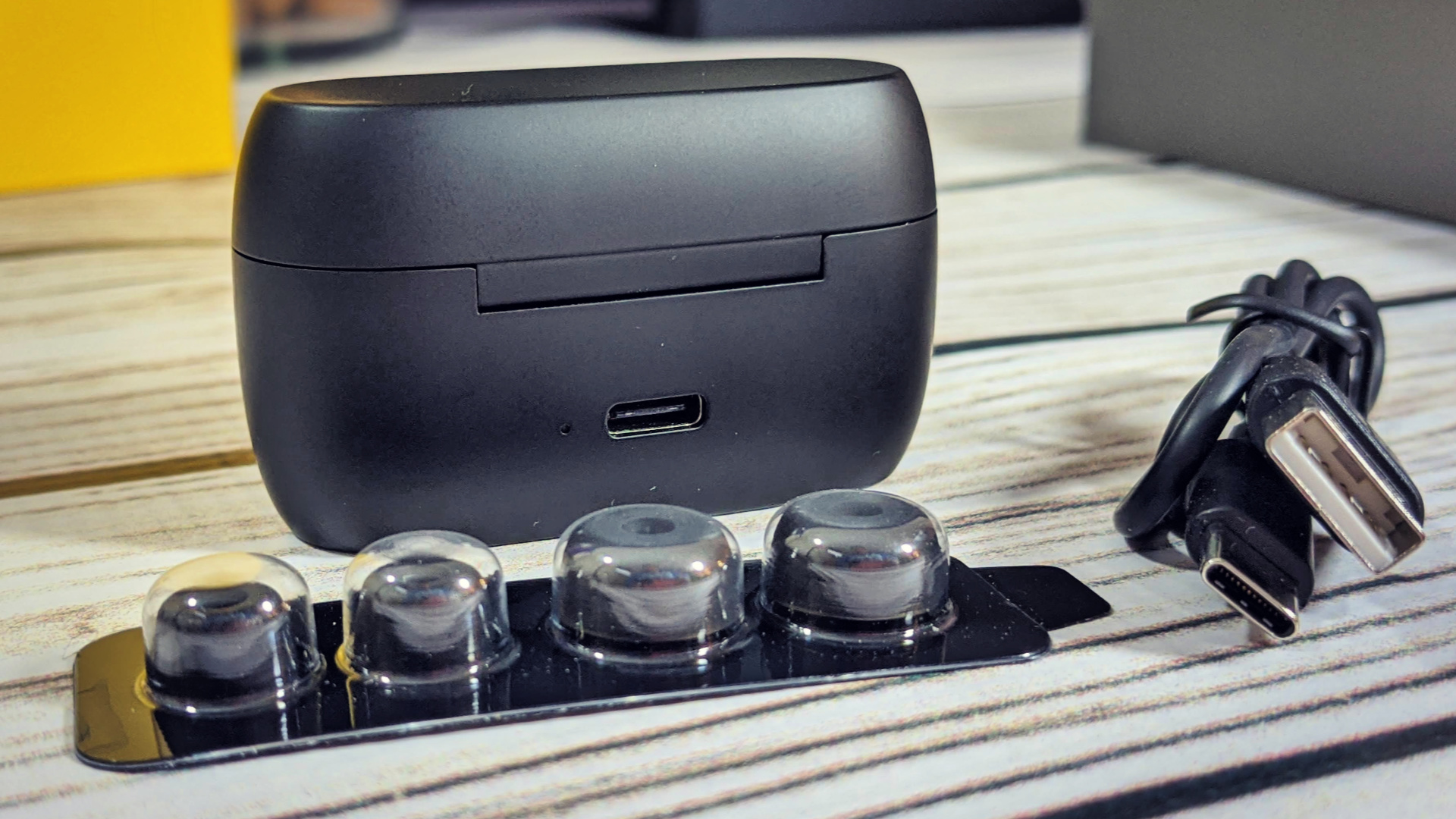 The Elite 75t are IP55-rated which means they’re dust resistant and can resist a sustained, low-pressure water jet spray.

Jabra backs these earbuds with a two-year warranty, or about twice as long as most brands. We’ve never had an issue with Jabra in the years we’ve used its products but do appreciate that it stands behind its portfolio.

We love the Jabra Elite 75t for a variety of reasons. They sound great, if not a little heavy in the low end, and feel good even in extended listening.

Jabra’s app gives listeners the ability to adjust equalizer settings or manage HearThrough mode. A slight tweak here and there can have a rather significant impact on audio.

Battery life is on par with what we would expect at this price. We’ve only had to charge the carrying case two times over the last six weeks and we’re not even close to a third time. This provides nearly 90 hours of playback, or about 15 hours a week. That’s a lot of listening no matter how you slice it. 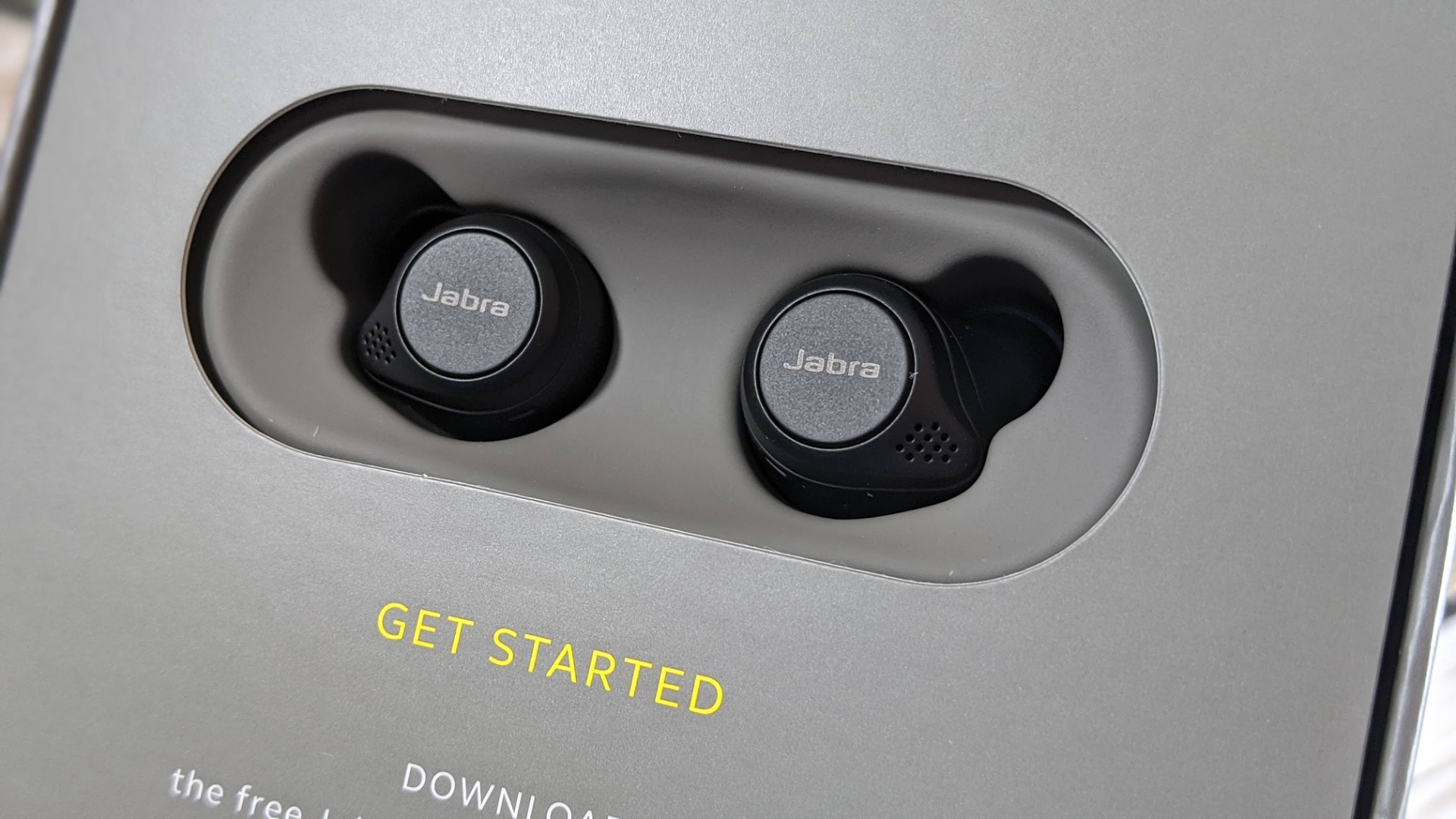 There’s peace of mind in the IP55 rating and two-year warranty, features that aren’t always present in true wireless earbuds. Sure, you pay a little more here, but we don’t mind.

Learn more about the Elite 75t at Jabra’s website where they’re available to purchase for $180. Choose from Titanium Black, Black, and Gold Beige. You can also find them at Amazon and Best Buy.

Jabra Elite 75t
1 of 11
Note: Select outbound links may include affiliate tracking codes and AndroidGuys may receive compensation for purchases. Read our policy. As an Amazon Associate we earn from qualifying purchases.