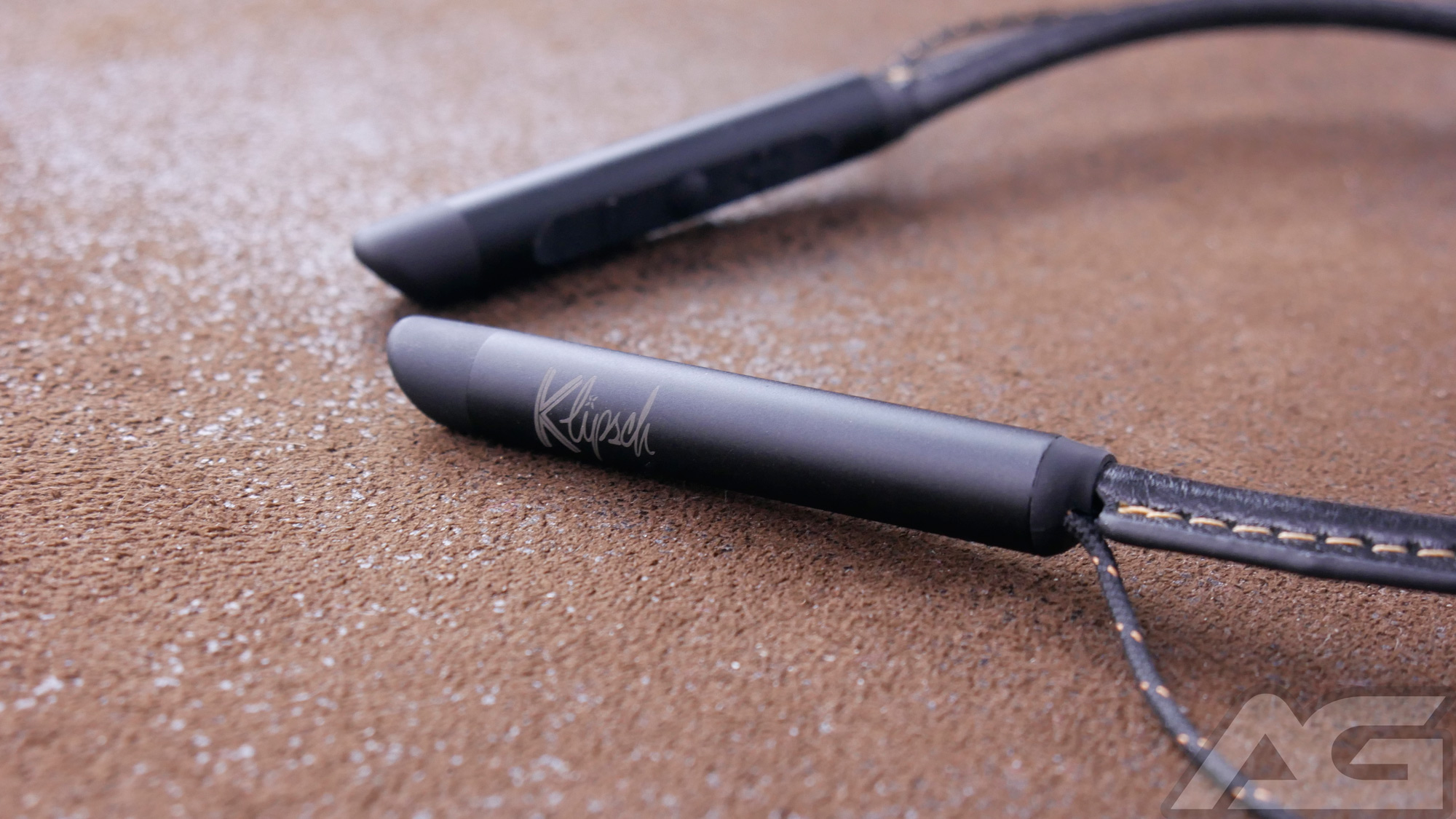 Klipsch has been in the audio business for over 60 years now producing, speakers and headphones. In other words, when it comes to audio equipment, they’ve been around the block and they know their stuff.

Below are my thoughts on its latest, the T5 Neckband Earphones, something that I’ve used for the past couple of months now and which were provided to me by the company for review.

Much like the R6 Neckband and R5 Neckband Earphones that precede them, the T5 Neckband comes wrapped in leather and features two earbuds that hang independently. Unfortunately, the buds are not retractable; however, they don’t seem to get in the way when not in use. 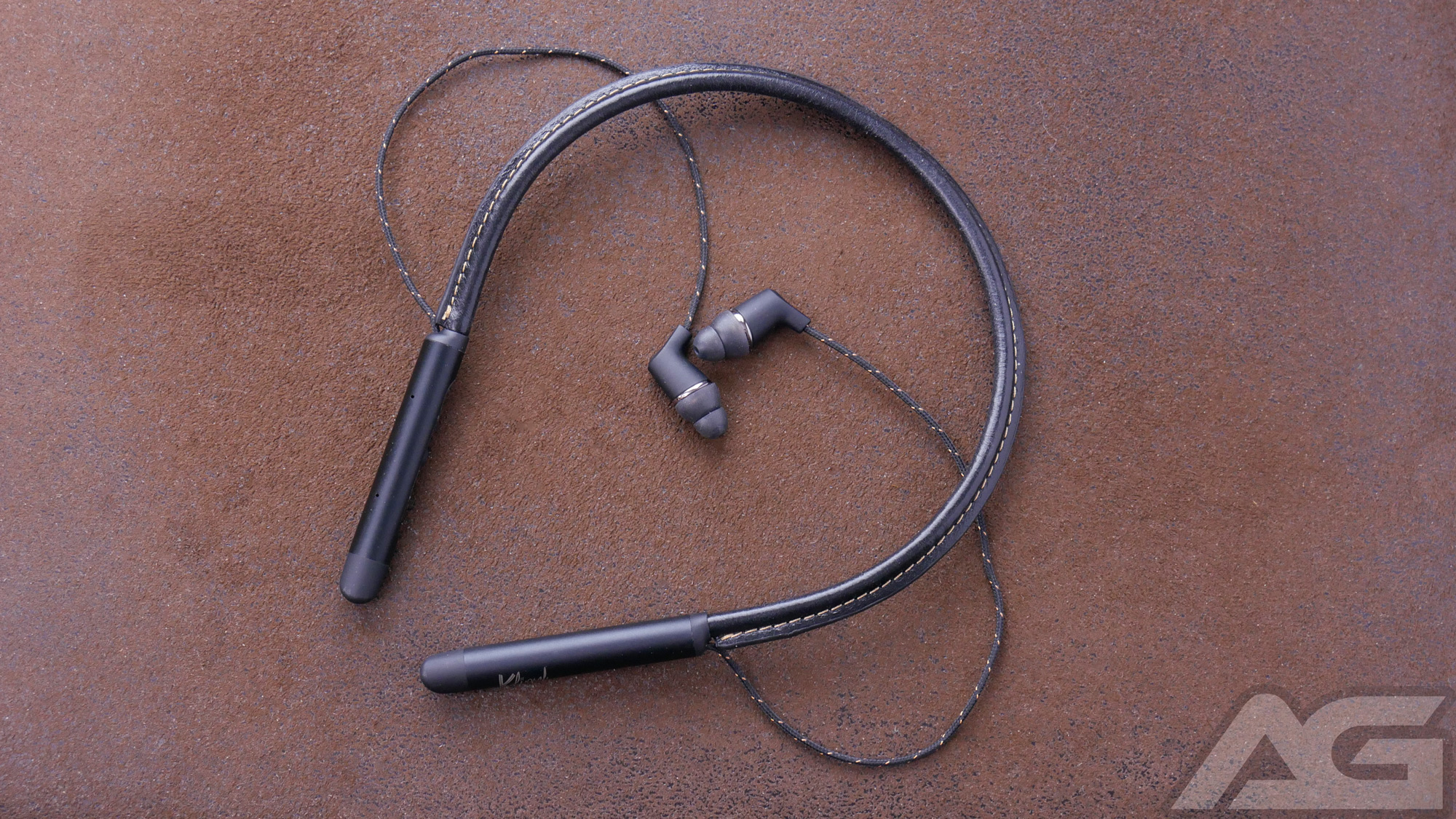 With the T5 Neckband series, Klipsch has made its slimmest and most compact version yet. Instead of having large tips on the left and right to house controls, they are now integrated more seamlessly. This really streamlines the design and makes the T5 Neckband Earphones not only more attractive but less bulky to travel with, too.

My only criticism of the design would be that Klipsch still uses microUSB ports for charging. While this is still a common complaint among headphone makers, some brands have begun moving to USB-C, particularly in more premium models. I would have loved to see Klipsch employ it here.

After my past experience with the R6 Neckband headphones, my favorite part of the T5 series is how the neckband part is now flexible. It makes the headphones much easier to put on, remove, and store — especially in a gym bag. It is also more comfortable around your neck since it moves with you instead of being stiff like the R6 series.

With the battery and controls housed in the neckband, the earbuds themselves weigh practically nothing. Pair that with Klipsch’s patented oval-shaped ear tips and it makes the T5 Neckband headphones some of the most comfortable I’ve ever worn. 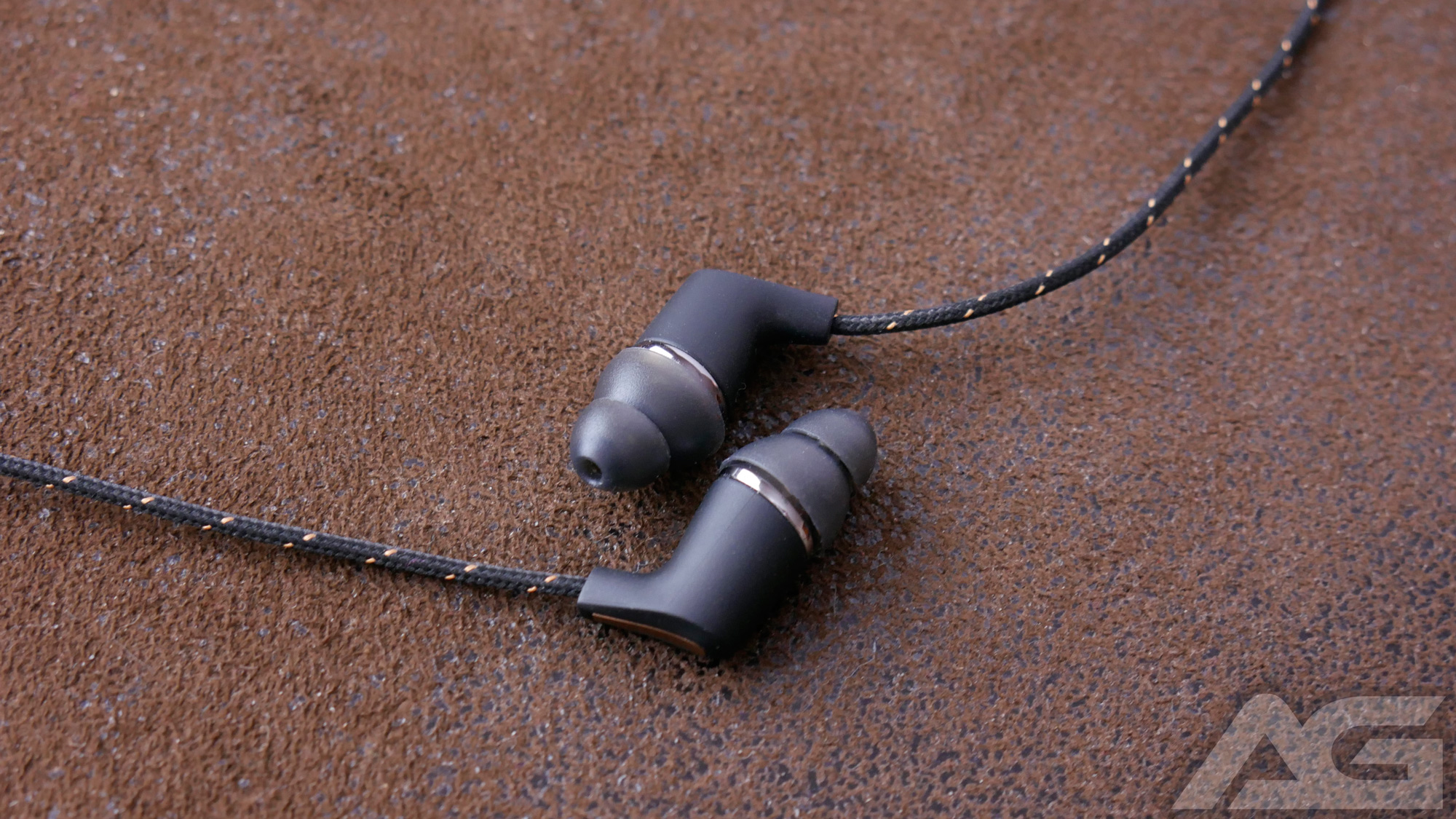 They stay in place, there is no tug from the wires when moving, and there is no ear fatigue from wedging them into your ears.

The T5 Neckband Earphones support aptX and aptX HD which promise quality as good as a wired connection and with minimal delay via Bluetooth. I found the sound quality to be super crisp with an emphasis on the high end and a somewhat satisfying kick of bass.

This makes music have an extra bit of clarity, giving plenty of separation between instruments and the different layers of tracks. It worked particularly well with highlighting the vocals in songs, but if you’re like me, you’ll probably find the bass a little lacking. 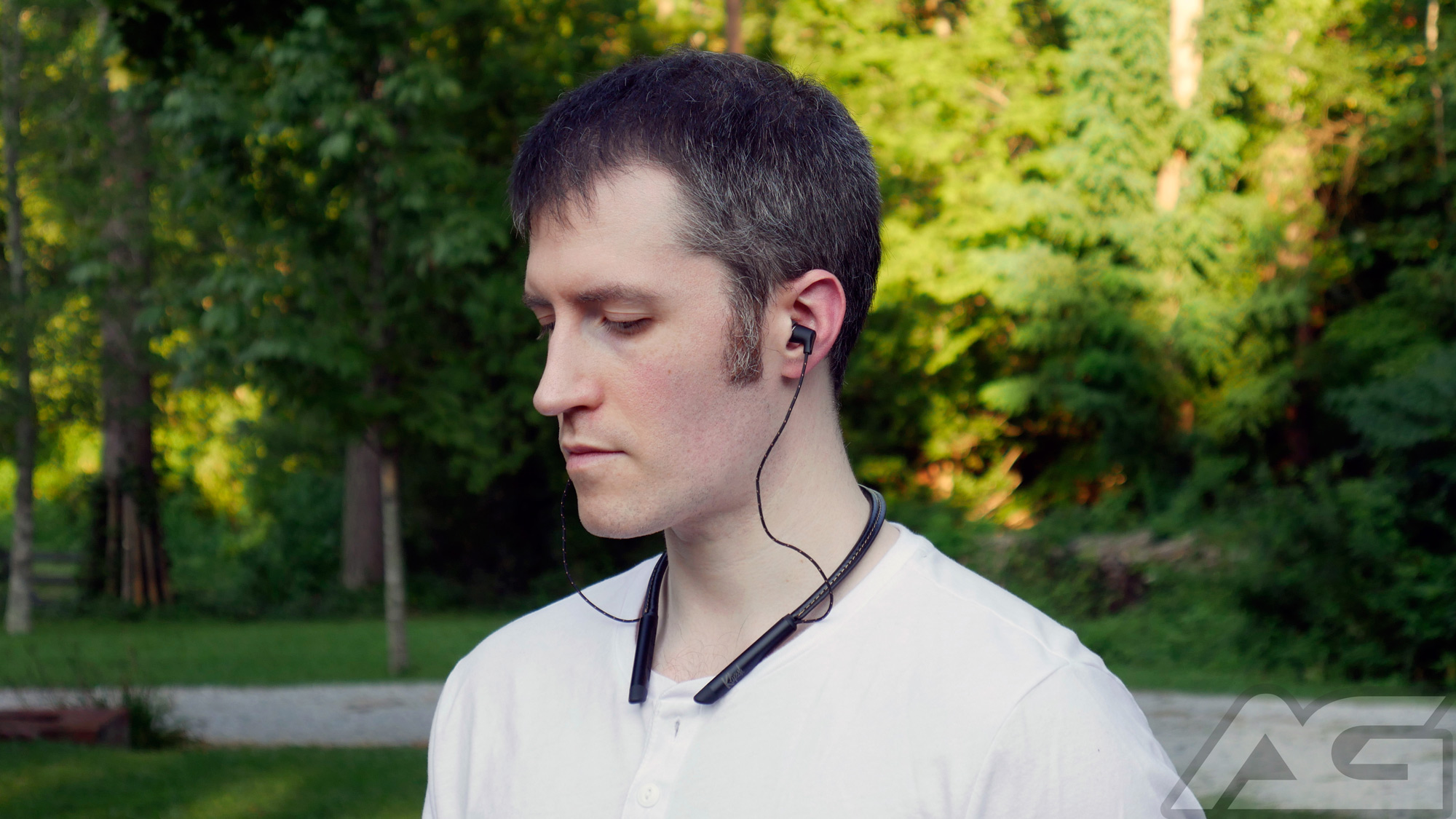 I wouldn’t exactly consider myself a bass head, but I do enjoy a deep resounding bass that surrounds you. I found that missing here in the T5 Neckband headphones; although, there was still plenty of thump in the low end to keep tracks sounding punchy. Just know that if you’re looking for that all-encompassing bass, you’ll not find that here.

Otherwise, the T5 Neckband Earphones are a great sounding pair of headphones that offer a nice balance between highs and lows, bringing music to life. Hopefully, someday Klipsch will release the long-promised Klipsch Connect app with an equalizer. Then I’ll be able to crank the bass up a few notches and get the sound exactly where I like it.

One of the biggest benefits of neckband headphones is battery life. The Klipsch T5 Neckband is no exception, providing up to 15 hours of playback time.

After using it these past months, I can say it definitely lives up to that rating. In fact, I’ve barely had to plug the T5 Neckband Earphones in at all since I got them.

I typically only use them for two hours at a time, during workouts. At this rate, they last me a little over two weeks without needing to top them off.

I won’t lie, neckband style headphones are not my favorite. But to be fair, there is no denying that when you need long battery life, nothing is better.

Unlike the trend of true wireless headphones these days which require a charge up every few hours, the T5 Neckband are able to run for 15 consecutive hours. That is perfect for people who need headphones to last an entire work shift, or those who just don’t want to continuously worry about throwing their headphones back on the charger.

The trade-off of this battery life is that the neckband style makes them bulkier to carry around. Regardless, if you need a pair of headphones with a nice balanced high-quality sound and long-lasting battery life, the Klipsch T5 Neckband Earphones are a fantastic choice.

Buy from Amazon Buy from Klipsch