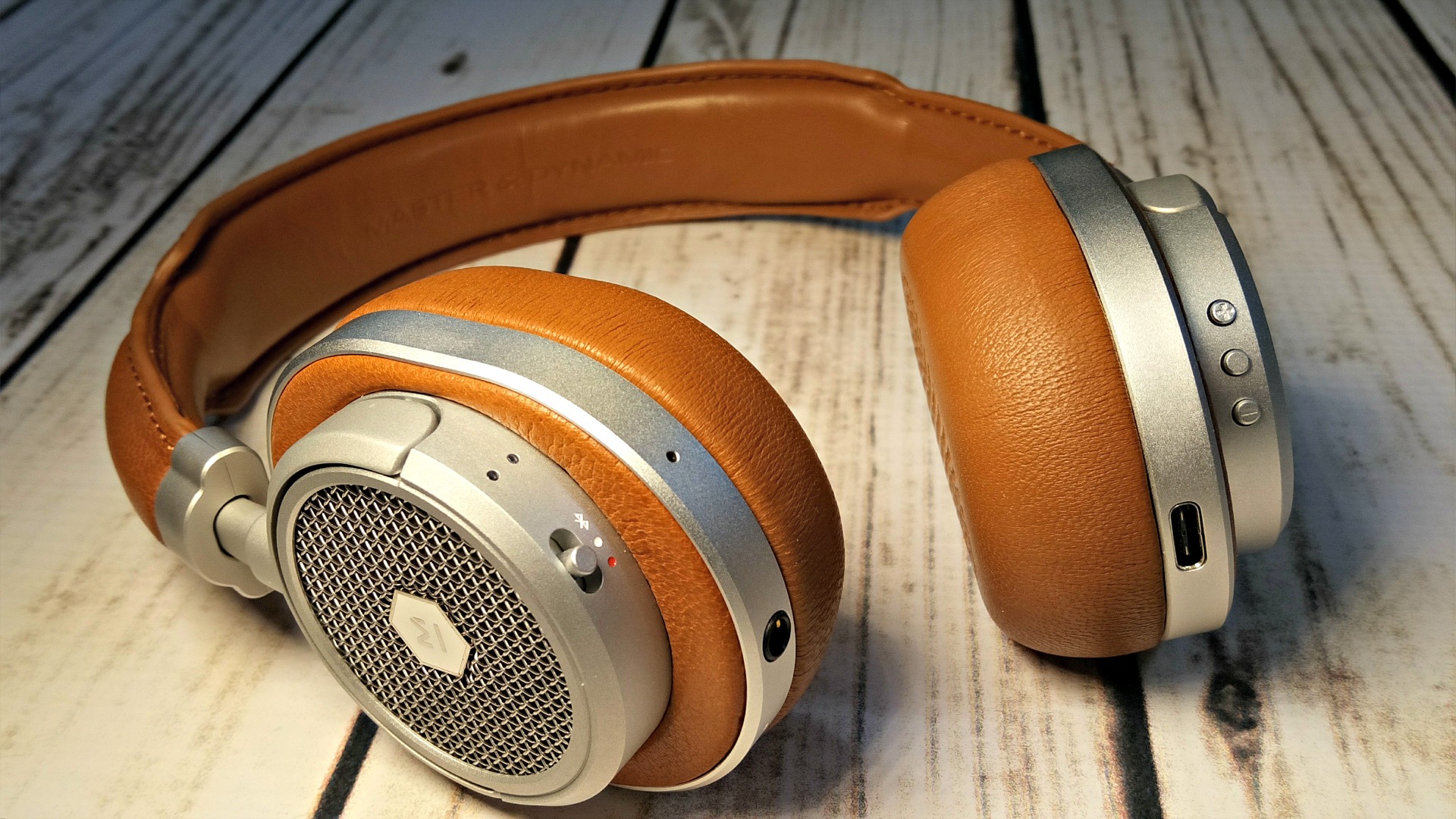 Starting from 2014, New York-based audio company Master & Dynamic has been putting out a number of quality audio products. Known for their durability and the attention to craftsmanship, its headphones are often comprised of long lasting materials such as stainless steel, heavy grain leather, forged aluminum, and woven copper cable. In short, they look every bit as good as they sound — and they are built to stand against time.

We were recently sent a pair of the Master & Dynamic MW50 headphones for review. At $450, they certainly don’t come cheap. But, when you consider that we routinely spend hundreds of dollars on phones every few years, the headphones don’t sound as expensive. Besides that, these will likely be around much longer than that flagship phone you couldn’t wait to purchase. 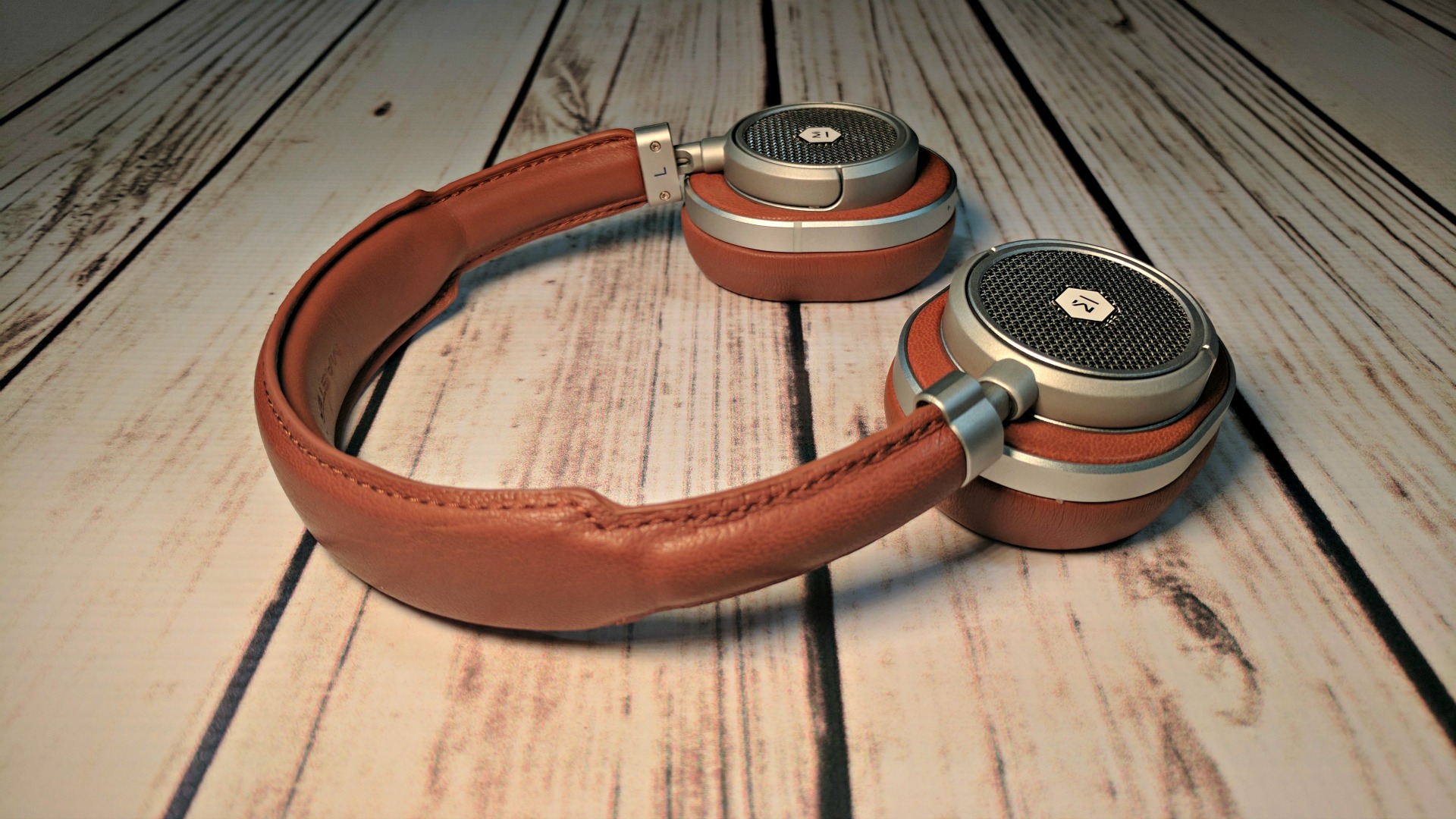 Still, given that, are the MW50’s a case of getting what you paid for? Do the ends justify the means? The answer largely revolves around what level of audiophile you are and whether you’re comfortable parting with that sort of money. Chances are that some of you have no issue with it and have done so in the past. Then there’s another, likely larger group of you who get nervous at the idea.

Before going further, I should point out that on-ear headphones haven’t really been my thing in the past. I’ve long thought, perhaps wrongly, that the best sound experience would come from something that envelopes my ear and doesn’t allow the outside world to bleed in. After being told from a few people that this isn’t always the case, I approached the MW50’s with a different mentality. 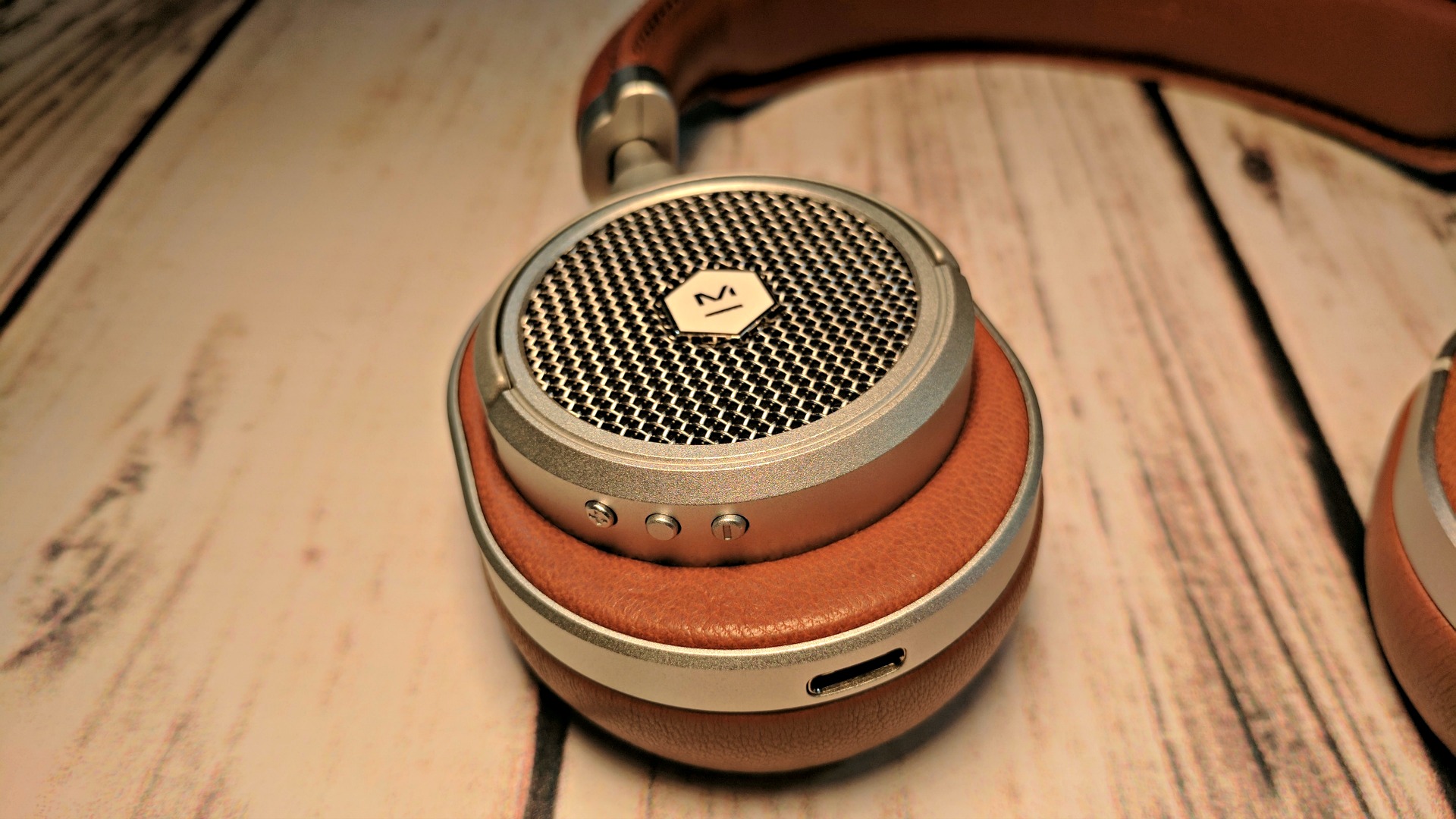 Another heads up — the most expensive headphones I’ve ever purchased were about $150 and the most expensive models I’ve reviewed have all been at $200 or less. More often than not, our higher end audio reviews were passed along to other writers who had a more discerning ear and taste.

Upon taking the headphones out of the box, I immediately realized that Master & Dynamic care a great deal about the presentation and quality of its product. I could tell that not only would these last a long time if handled with proper care, but that some of the components could be replaced rather easily, too.

Given the price tag, I was curious as to whether these would feel or look any better than some of the other stuff I’ve spent time with. The answer is a decided yes. I spent more than a few moments looking these over, getting a feel for the leather and stainless steel. I was not in a hurry to put them on as I was taken in by the finer details. 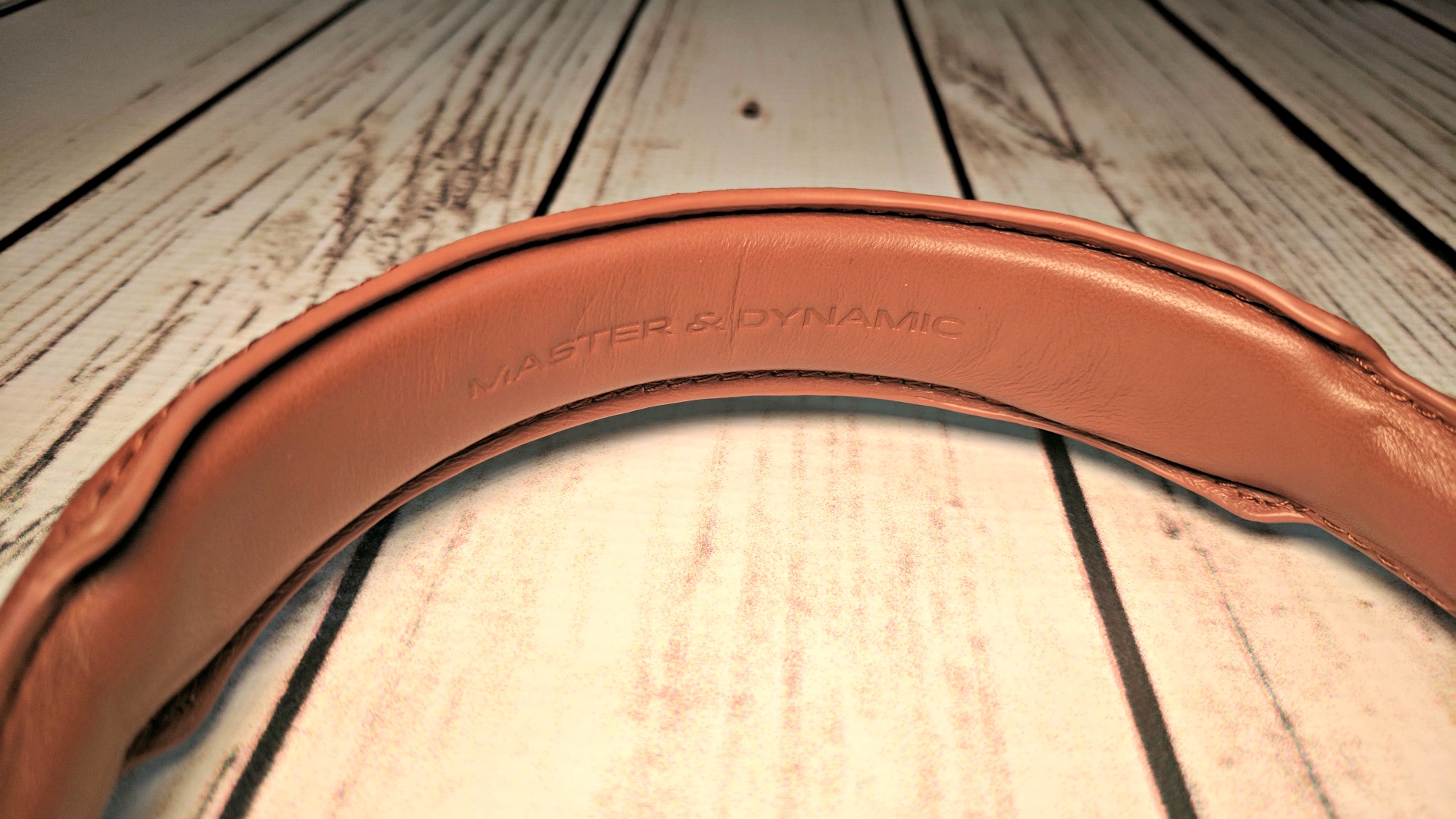 Putting them on was every bit as pleasurable as I had hoped. The lambskin ear cups were some of the softest materials I had ever felt, especially on headphones. There’s no doubt these were going to be comfortable for extended periods of listening.

I initially opted for the physical cord to plug directly into my phone, later switching over to pairing via Bluetooth. Wow. There are few words to describe the sound quality that I was presented with, but a few that come to mind were warm, rich, clear, crisp, full, and even. I actually had to check to make sure that the adjectives I came up with were accurate for describing audio.

I am a fan of almost all genres of music and typically spend a large portion of my day listening to something. Whether it’s a three hour set from a DJ like Dave Seaman or a day of ambient music from the likes of Brian Eno, I love to have something in the background. I’ll often find time to get in podcasts, audiobooks, and news in the car or at home, too. Then there’s always the enjoyment of putting on a favorite album like Wish You Were Here to relax with. 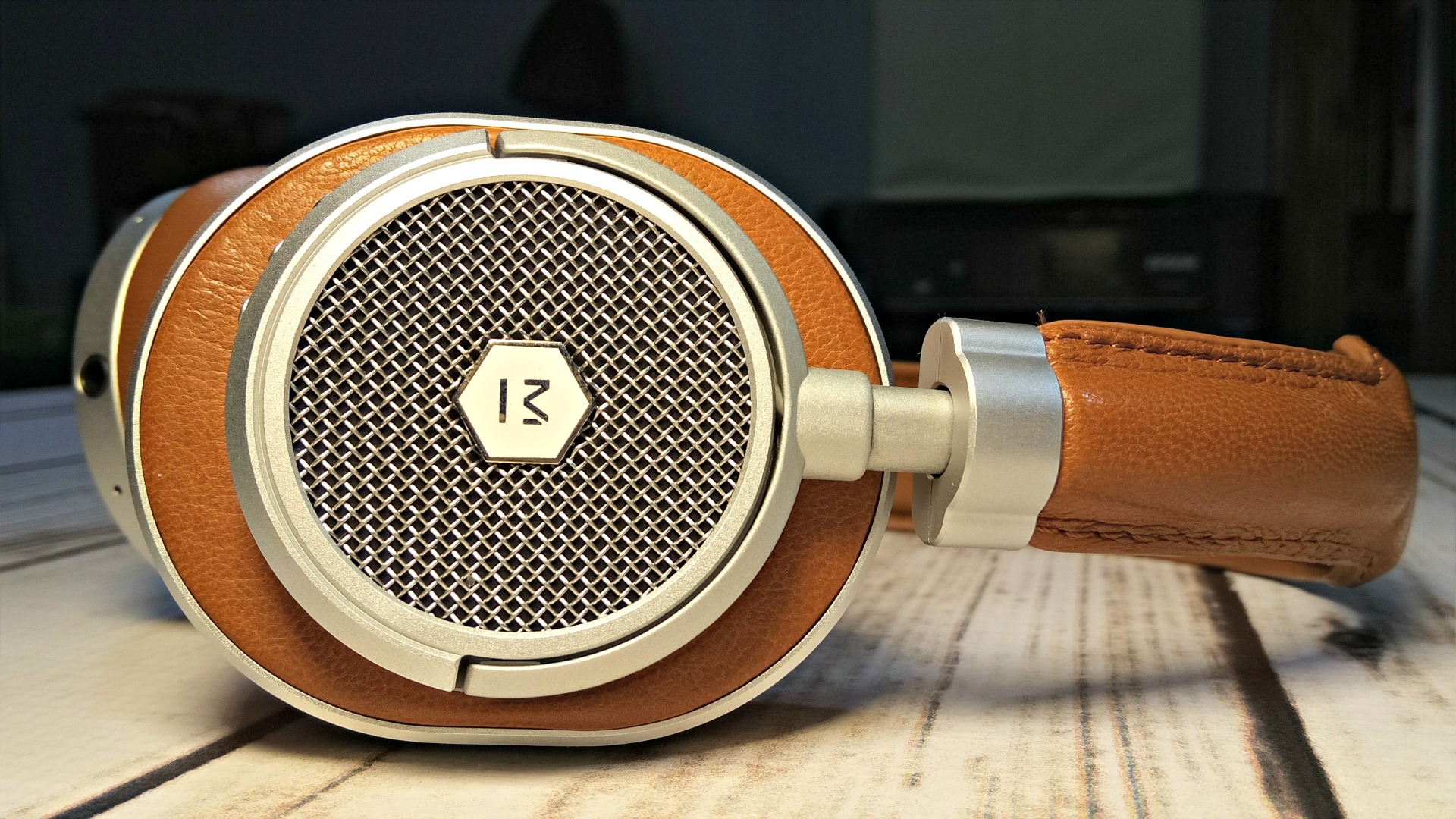 There’s something uniquely different between listening to music and truly enjoying it. Sadly, I spend far too much time not enjoying it. The MW50’s however, turned me into a fan all over again. I couldn’t wait to check out how the synths sounded for Pink Floyd or Daft Punk; classical piano and jazz sounded like I had been listening through cotton or a filter. Audiobooks sounded clearer, and those accompanied by sound effects were even more enjoyable.

It’s far too easy to grab a pair of earbuds or pair to a Bluetooth speaker for music. Sure, you can take in things passively and get most of what you want from the source, but to really get the full picture, you need to use the right tools. The Master & Dynamic MW50’s felt like someone had given me contact lenses for my ears. I didn’t realize that my prescription was off until I put something corrective in place.

I was more than happy to fall down the rabbit hole and go looking for some of my favorite albums. Radiohead, a band whose music sounds better in headphones than on speakers, was just downright fun to revisit. R.E.M., Wu-Tang Clan, Public Enemy, Royksopp, you name it. Everything felt brand new all over again as I picked up details that I had not heard in ages, if ever. 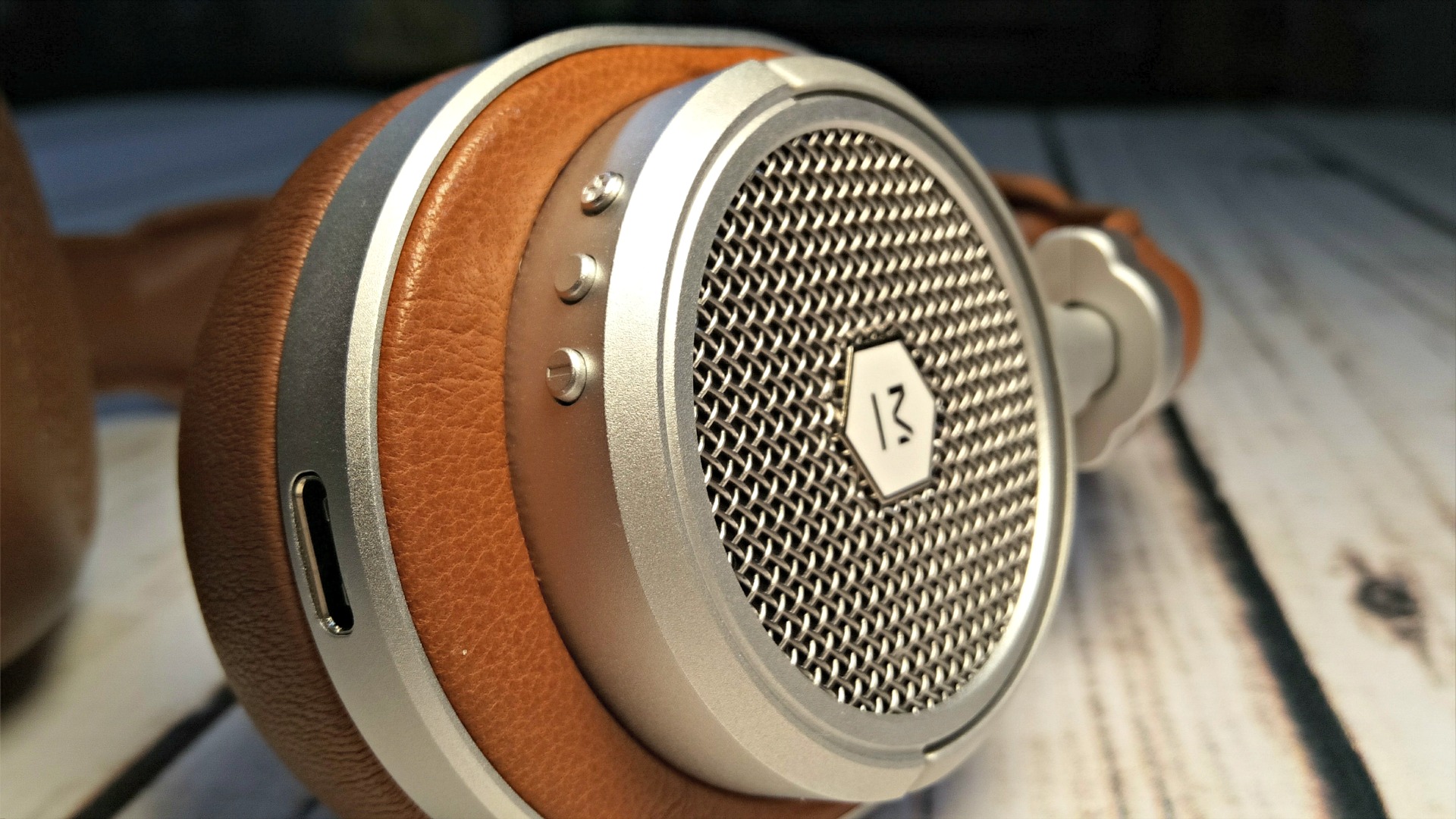 Why was this happening? Master & Dynamic had tuned the headphones in a way that delivers the best audio experience. Think of how you might adjust the colors, vibrancy, contrast, and other settings on a new TV to get the best picture possible. This happens to the headphones before they’re sent out. What you get is a pair of finely crafted and finely tuned cans that make music fun again.

I didn’t have any issues with pairing the headphones (Bluetooth 4.1) to my phone nor did I run into problems with range. Most Bluetooth devices will let you get to about 30 feet from your source before breaking up. The MW50’s let me get up and move about the office or home without any worry. I don’t often need to be more than 30 feet away from my desk or phone so I can’t say definitively that you’d be okay; however, I don’t have any reason to think they’d have problems.

The internal battery for the MW50’s is rated at 16 hours which is more than I expect from a pair of wireless headphones. This gives me two solid days of work with a little left over for evenings before I have to charge them. Speaking of which, Master & Dynamic provide a USB Type-C cable to recharge the headphones. As someone who charges his devices almost daily, I didn’t ever get to the full 16 hours. With that said, I know that it hits 12-14 without problem.

The headphones can also be used for taking telephone calls. I only tried this a few times and those on the other end said I sounded “alright.” I didn’t alert anyone as to what brand or price range I was working with as I didn’t want to tip my hand. But, suffice it to say, nobody said anything along the lines of it being extraordinary or noteworthy.

I’ve since learned that call quality depends on how the microphone array is positioned. I don’t know for certain if I had them on the proper ears, but the mic would face the back of my head if not. Worn properly, the microphone is designed to pick up sounds from the front. I’d like to think that I had the right and left ears on properly, but it’s also possible that I did not.

After spending a few weeks with the Master & Dynamic MW50 headphones I have come to appreciate a number of things. First, I can safely say that as far as on-ear headphones go, these are incredibly comfortable and deliver a much better sound than I anticipated.

I’ve also come to appreciate that there’s a whole world out there for people who own “expensive” audio equipment. It’s not like there’s some secret, underground society of listeners; I know a few guys personally who are often wont to show off new speakers, amplifiers, or equalizers.  But, having tasted it myself, I’ve learned that there’s something to be said about getting what you paid for.

Thanks to the MW50’s I have also come to appreciate music on a totally different level. Not just the songs, but the attention to detail that comes at the studio level where a producer is dialing the settings up and down, tinkering with the master recordings. Everything is a choice when it comes to music. More bass here, a little less emphasis on the snare, etc. Done right, the end result is definitely something to admire and appreciate. 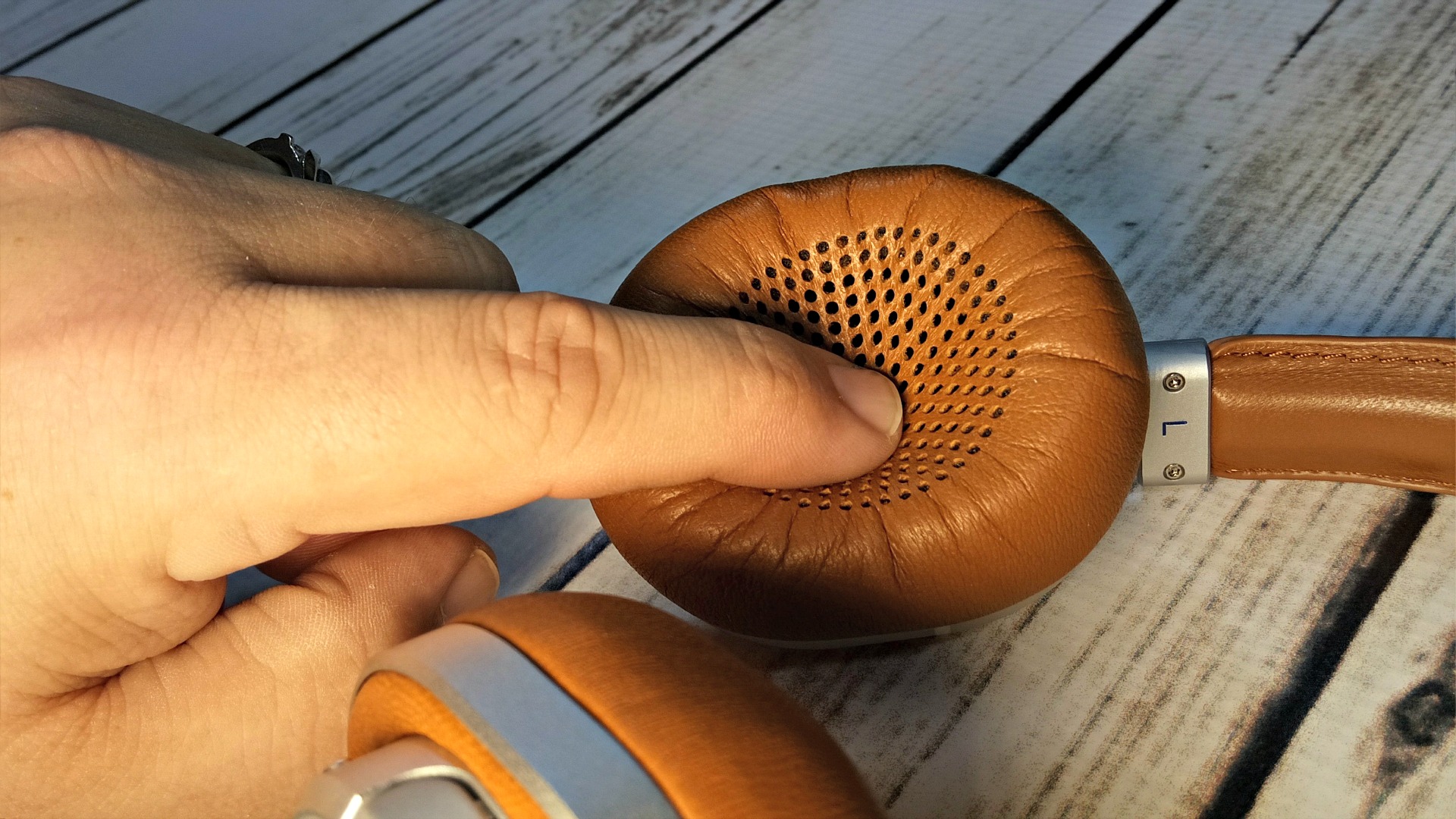 Why bother listening to finely tuned music with headphones that aren’t equally as fine tuned? If you’re the kind of person who really cares about music, the Master & Dynamic brand is likely on your radar. Audiophiles know far more about this than I do, but I am certain they can understand where I’m coming from.

The big question, after all of this, is whether they are worth the money. Would I drop $450 on a pair of headphones? Before getting a chance to experience them, the answer was always a no. Besides, I am a dad and a husband with bills and obligations. I don’t have that sort of money to “waste.”

Having taken my first steps into that larger world, I am far more likely to reach into my wallet for something like this. I know that these would outlast anything else I’d buy in the next few years. Moreover, I know they’re more comfortable than anything else I’ve purchased or would consider if I stayed on my path. I can easily see myself buying at least two pairs of $200 headphones in the next decade. As I see it more clearly now, these would actually be an investment.

Now, if you’ll excuse me, I have a few more albums to listen to before I box these up and ship them back.

Master & Dynamic discount some headphones for its Boxing Day sale