Mobvoi has garnered attention from the wearables market in the past with its innovative use of a secondary LCD display on the TicWatch Pro line. However, the TicWatch pro also has a more stylish cousin in the form of the TicWatch C2.

Recently, Mobvoi released an incremental upgrade that doubled the RAM. Dubbed the TicWatch C2+ and was kind enough to send us one out for review.

The TicWatch C2+ is quite the looker featuring a stainless steel frame, leather strap, and a plastic underbody. It comes in three different colors–including the Onyx version I have here–as well as Platinum and Rose Gold models, if that’s your thing.

Compared to some of Fossil’s latest offerings, the TicWatch C2+ is slightly thicker at 12.7mm. However, that’s actually good news, because it houses a larger 400mAh battery. What that means is, longer battery life–and I’m sure every smartwatch owner can agree–the longer the battery life the better. 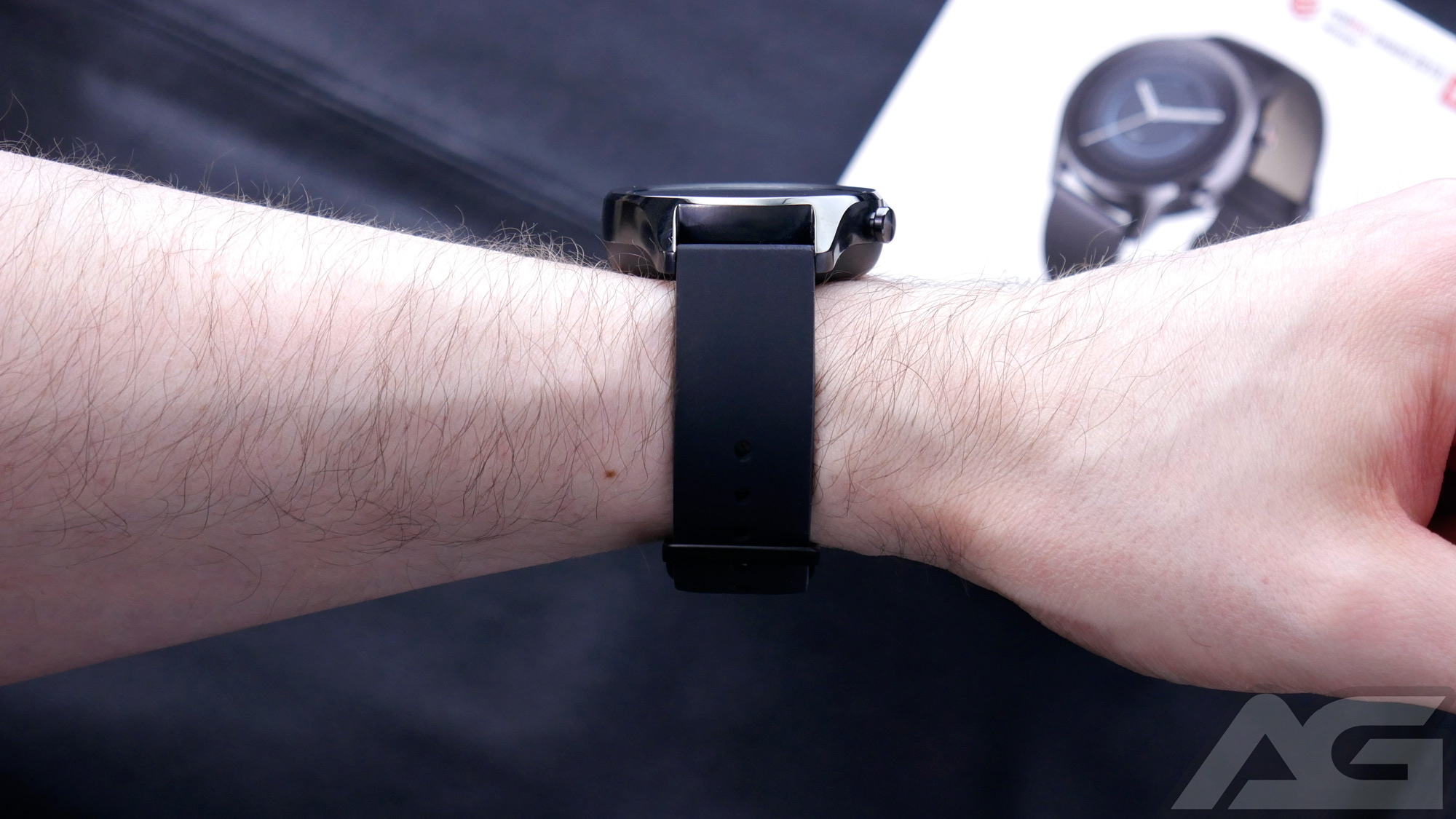 One of my biggest complaints about smartwatches made by Fossil and all of its sub-brands is the massive useless bezel around the display. The TicWatch C2+ does a much better job in this regard by using the metal frame to hide the majority of the bezel, leaving only a small black ring around the display. It looks much better and this is something I wish their major competitor would learn from.

On the flip side, I think Mobvoi could take a page out of Fossil’s book by adding a rotating crown to its smartwatches. That would have been a huge upgrade over the original C2, by not only adding an additional button, but also providing a way to scroll on the watch without your finger blocking the screen.

The display itself is a 1.3 inch AMOLED screen with a 360 x 360 resolution. It is sharp with good color and plenty bright enough to see outdoors in sunlight at max brightness. 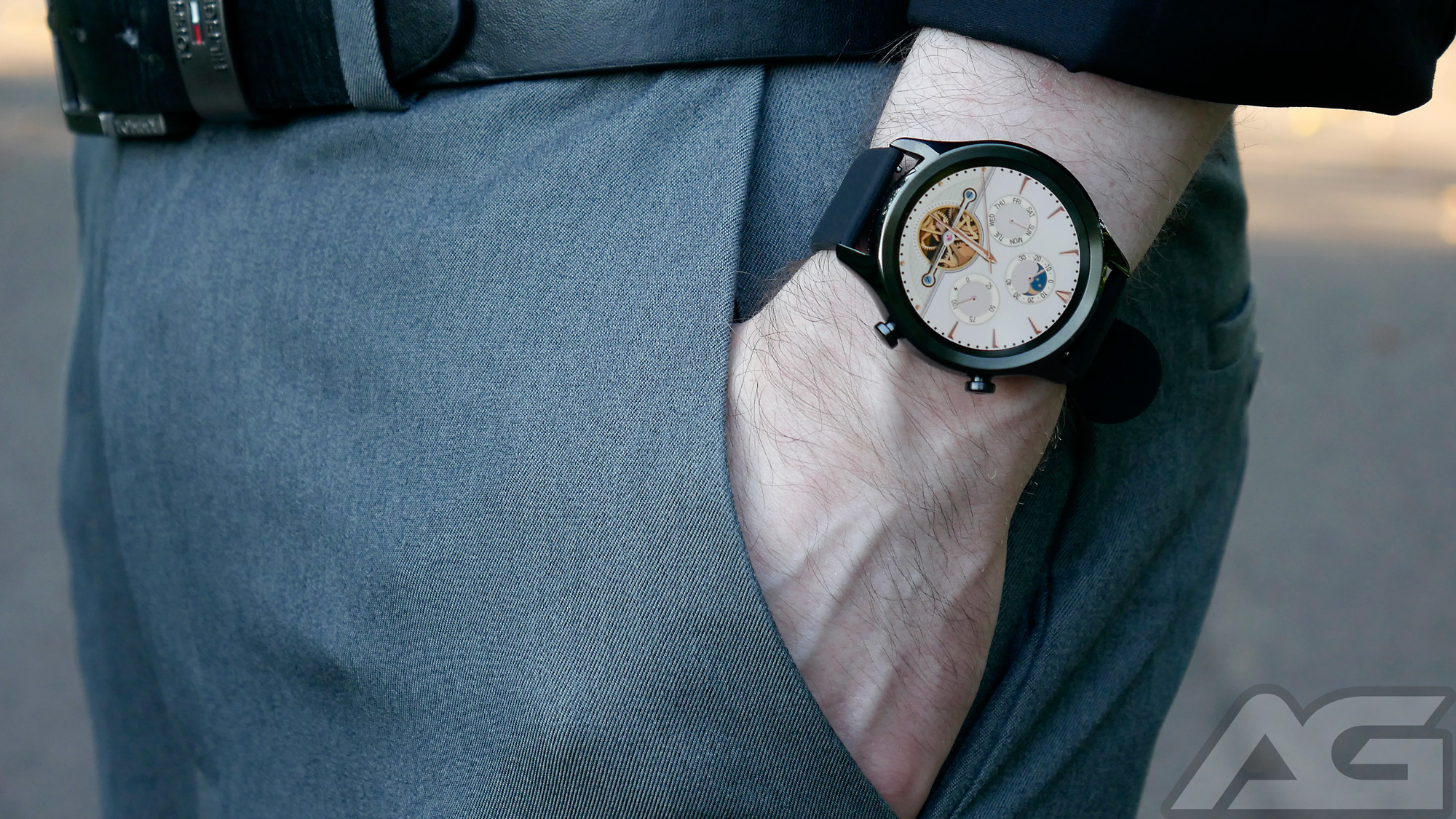 The TicWatch C2+ comes with two straps, one is made of leather, while the other is soft-touch silicone. Out of the box, the watch will have the leather band on it.

The leather strap is not near as premium or comfortable as the one on my first-gen Moto 360– it actually feels rather stiff and cheap– but it gets the job done. The silicone strap, on the other hand, is softer and more comfortable to wear. It is a much better option for those looking to wear the watch while working out.

One of my favorite features of the TicWatch Pro 4G is the sleep tracking. Unfortunately, Mobvoi has not seen fit to add this to the C2 series, and that is a pity. It’s a valuable feature that adds a lot of value to the watch.

An ambient light sensor is another popular feature the C2+ is missing. Without this handy sensor, you are forced to change the brightness of the display manually. This process can be very tedious if you spend a lot of your time going between the indoors and outdoors.

Finally, the TicWatch C2+ doesn’t have a speaker, which means taking phone calls on your watch will not be possible. Personally, I’ve never enjoyed taking phone calls on my watch and don’t even use that feature on smartwatches that support it. Regardless, it’s something you should be aware of if you’re in the market for a new watch. 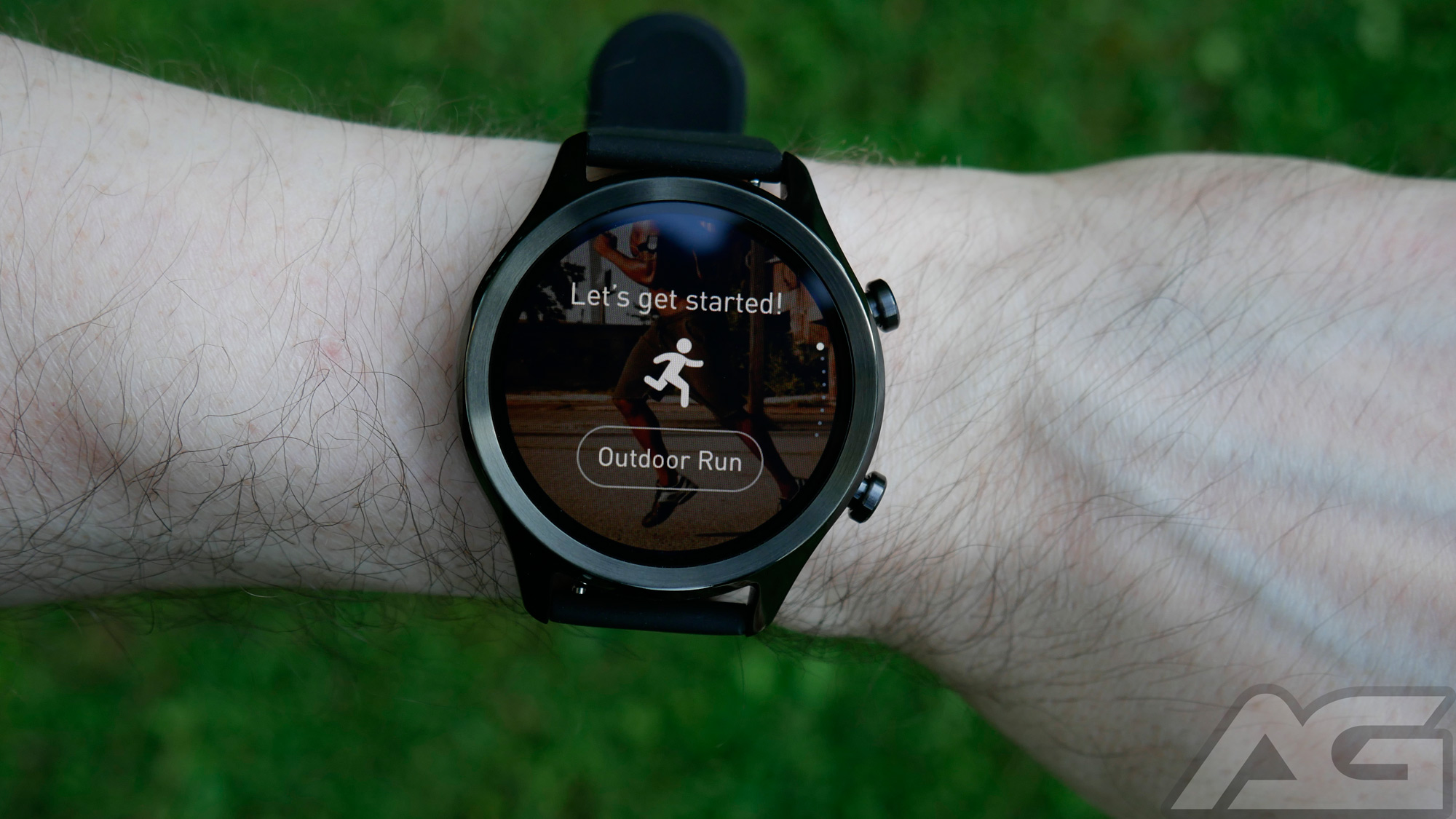 Even without all the bells and whistles, you’d expect from a smartwatch in 2020, the TicWatch C2+ still manages to cover the basics for most smartwatch wearers. It tracks several exercises with the Mobvoi app, shows your notifications, allows you to control music playback, handles mobile payments, and with access to apps on the Play Store–it can do much more. Plus, it has one of the most accurate pedometers I’ve ever used.

The TicWatch C2+ is rocking the same Snapdragon 2100 processor as its predecessor, which is a big disappointment, especially considering the Snapdragon 3100 was announced back in 2018. However, Mobvoi did upgrade the RAM with an additional 512MB, for a total of 1GB of memory overall.

Despite using the now ancient SD 2100 processor, I found the performance on the C2+ to be rather snappy for a Wear OS device. That’s all thanks to the 1GB of RAM, which makes a huge difference. After using some watches with an SD 3100 and 512MB of RAM, I believe the additional memory makes a bigger difference than using a faster processor.

Mobvoi’s app is where it really sets itself apart from the competition. The interface isn’t the best, but what it lacks in style, it more than makes up for in function. The app acts as the hub for all of your health data the watch collects. This includes steps, active hours, exercise minutes, 24-hour heart rate monitoring, and exercise tracking.

In particular, I’m a huge fan of the way it displays your 24-hour heart rate data along with your steps on a graph. It also has a fantastic way of displaying your results after tracking exercise, plus it can even track swimming.

Mobvoi rates the TicWatch C2+ for up to two-day’s worth of use from a single charge. In my experience, the watch was able to make it a little over a day and a half with medium usage. If you were to use it lightly, it might be able to last two full days. Heavy users will have no issue making it a full day, and that’s about the best you can usually expect from a Wear OS watch.

Despite having exceptionally good battery life for a Wear OS smartwatch, you’re going to want to top it off daily. Rest assured though, with such a large battery, you can expect to get a full day’s use years into the future as the battery ages. And that’s more than I can say for some other smartwatches I’ve tried. 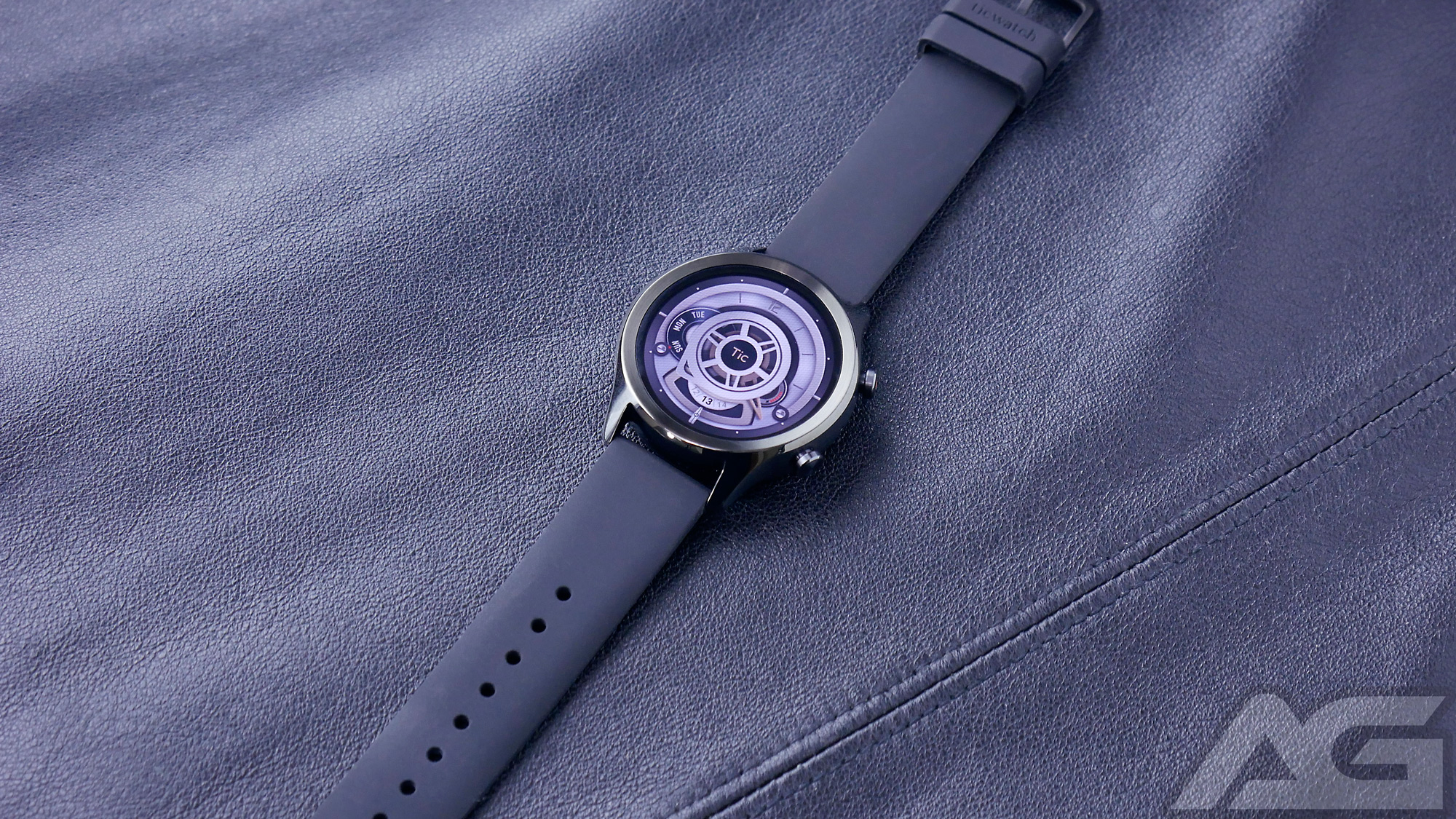 In the end, the TicWatch C2+ is barely an upgrade, it lacks the most recent Snapdragon 3100, a speaker, a rotating crown, ambient light sensor, and sleep tracking. The only real change is the additional 512MB of RAM, and that’s barely a reason to release an upgrade.

Fortunately, it starts at $209, which positions it as a decent stylish smartwatch with great battery life. It’s a pity though, with a couple more improvements, the TicWatch C2+ could have been one of the best Wear OS watches of 2020. 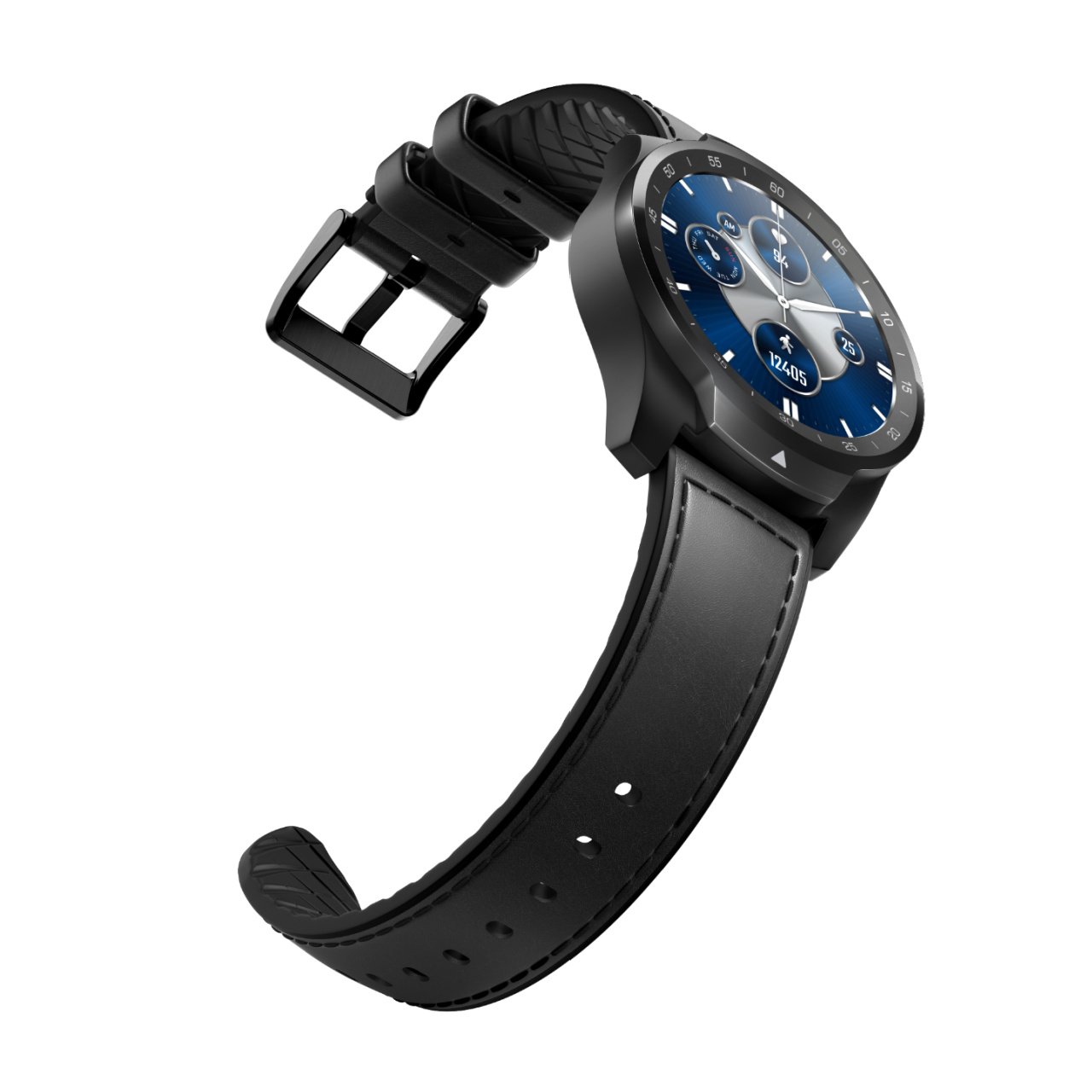 The TicWatch Pro 3 Cellular/LTE has launched on Vodafone in the UK, Spain, and Germany