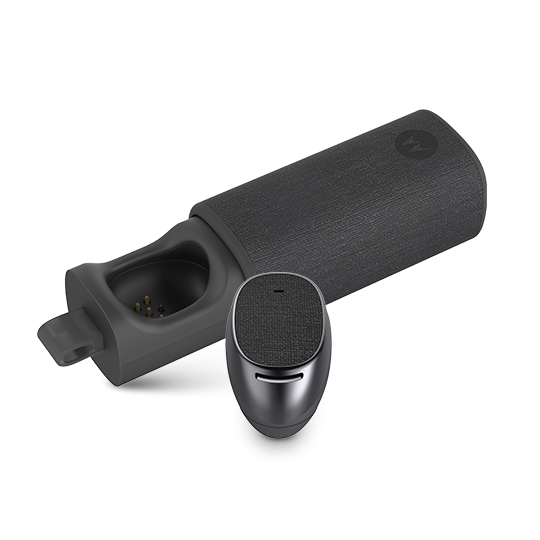 Motorola has been in the communications game for awhile. From radios to cell phones, there is probably no form of communication Motorola hasn’t delved into. This includes Bluetooth earpieces, which they’ve been making since they became popular. With their recent focus on design and ease of use for their consumer products, the Moto Hint was a natural extension for Motorola. The Moto Hint seeks to provide a minimal design while providing tons of functionality. Let’s see if its up to the task.

Setup with the Moto Hint was simple enough. My biggest issue was I wanted to figure the device out for myself, so I assumed things instead of reading the instructions (insert joke about man’s pride here). So I could not figure out how to turn the stupid thing on. Well, turns out it doesn’t turn on until you place it in your ear, and then you are given prompts on how to pair the phone. Yeah, you bet I felt a little dumb.

So, already we have proof that this is meant to be as simple as possible, to the point that the device is telling you how to set it up.

If I had any gripes about the Moto Hint, its that remembering the various gestures and voice commands at first seems too much to handle. However, after using it for a few days, I realized once again that it is all meant to be natural and simple. Once I realized that, and after a few days of practice, I was a Moto Hint ninja in no time. So, my gripe no longer means anything. 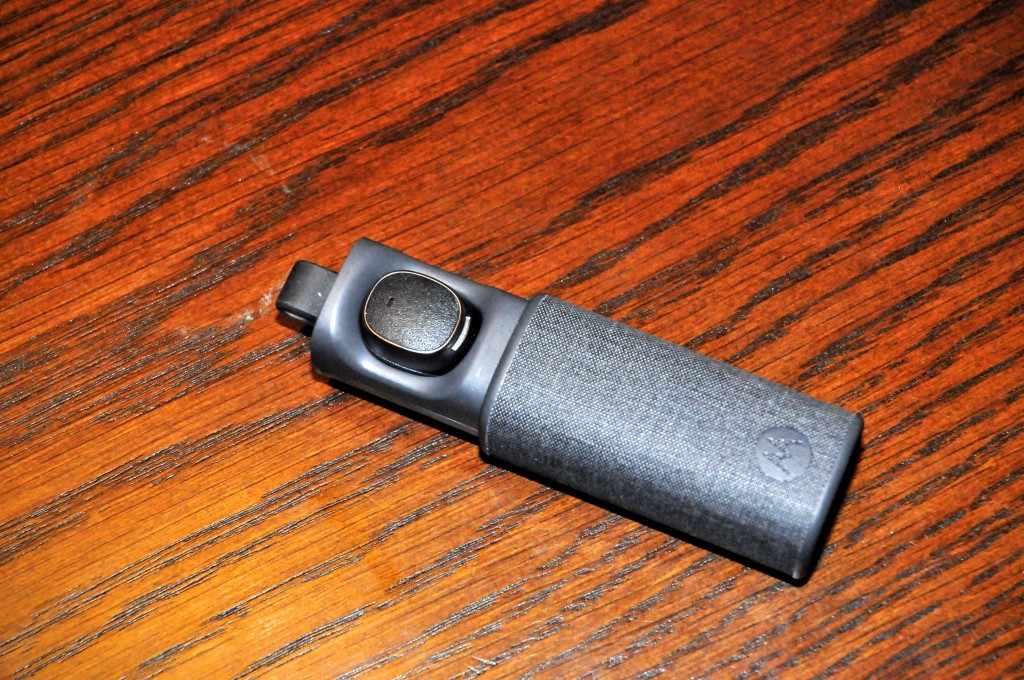 The first aspect of the Moto Hint that needs learning is its charging cradle. At first I thought the best way to use it was to stick the Moto Hint inside whenever I didn’t have it in my ear. However, trying to take the device out of the cradle while your phone is ringing causes more fumbling than one would like. Really, the cradle is meant for storage (meaning, its a place to put it when you don’t want to use it at all) and charging the battery. See, the device is so small that its battery isn’t very large (we’re talkin’ 46 mAh here), giving approximately 3 hours of talk time. This is extended with the use of the cradle, which acts as a sort of external battery for the Moto Hint.

Anyways, so the idea is you either keep the Moto Hint in your ear all the time, or you place it on your desk, and then just stick it in your ear when you get a call, which will answer the call immediately. Once I started using this, it worked quite well. There’s a neat feature that uses the microphone on the Moto Hint to pass sounds around you through the Moto Hint into your ear, so that you’re not deaf on one side However, this takes a pretty significant hit on the battery, so it normally wasn’t worth it to use it for me.

The next aspect of the Moto Hint to learn were voice commands. Now, if you have a Moto X (or really, any phone that has a launch phrase for voice commands when the screen is off), you supposedly can use your custom launch phrase through the Moto Hint in order to give various commands, and really anything that Moto Voice or Google Now can do. However, I was not able to get this to work consistently, and instead found myself just tapping the Moto Hint, which activates Moto Voice, and then giving a command. Really, this isn’t that big of a deal, because tapping the Moto Hint takes all of a second. Still, it’d be nice to be completely hands free, especially while driving.

Probably one of the coolest parts of the Moto Hint is how unnoticeable it is when its in your ear due to its size. Most people didn’t even notice, and when they did, their reactions to it where pretty funny. I can’t tell you how often people tried to tell me I had something in my ear, as though I didn’t know.

Nevertheless, its minimalist design is great. It’s light, and even in its cradle, its easy to stick in your pocket and forget about it. Being able to pick it up and stick it in your ear for almost-instant usage is phenomenal, and the voice prompts always helped guide me in the direction I needed.

Just because its small, the sound quality of calls on the Moto Hint was no compromise. Every conversation came through loud and clear, and at times was even better than my phone’s earpiece. Every time I asked, people said they could hear me great as well. In terms of sound, the Moto Hint made no significant impressions, but it worked well, which is what I expect of Bluetooth device such as this. In fact, it was good enough that I even tried listening to music and podcasts through it a couple of times, and that worked out well. Obviously it won’t last too long this way, but at least you can listen to something while walking between meetings or classes.

The Moto Hint is a wonderfully designed device whose size makes travel easy and use almost unnoticeable. Setup is easy, usage has a bit of a learning curve, but becomes more natural the more you use it, and sound quality is good. Likely the biggest thing to notice about the Moto Hint is its price tag: $130. So you have to ask yourself the question: is easy control, great design, and small size enough to make you want a Moto Hint?