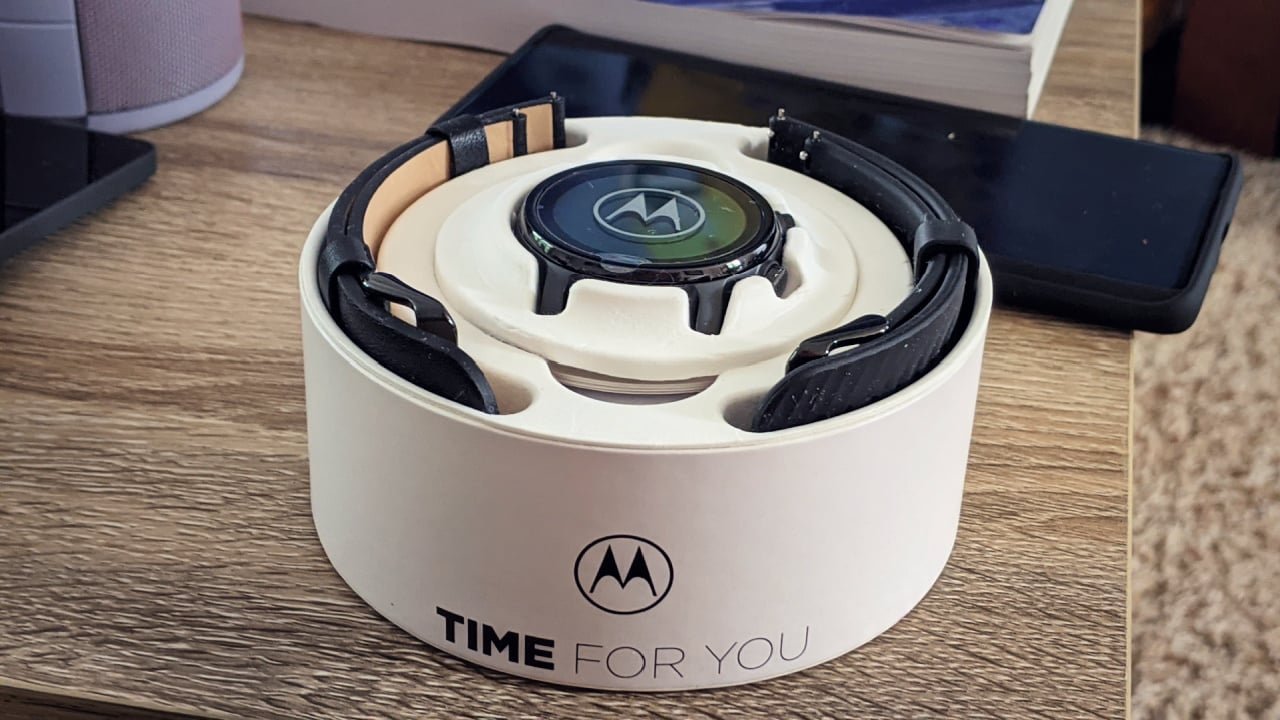 One of the first Wear OS (formerly Android Wear) smartwatches to burst onto the scene was Motorola’s Moto360. Making its debut all the way back in 2014, it was an infamous device namely because of its so-called “flat tire” display.

Motorola refreshed its watch a few years later, but largely kept the same design. As such, the wearable found itself in a more crowded market and the new model didn’t do much to stand out.

Back for a third time, the Moto360 is no longer strictly Motorola’s product but one that’s licensed by a company called eBuyNow. Touting themselves as an “independent, data-driven consumer electronics company”, it moves the Moto360 forward.

As to how far forward the Moto360 moves, though, it’s better measured in steps and not leaps. It’s a decent example of a Wear OS smartwatch that’s priced more affordably than the likes of Fossil or Mobvoi, but not much more.

Without diving too deeply, I suspect the problems I have with the Moto360 aren’t really its fault. Sure, the design could be sexier, but it’s likely attributed to my relationship with Wear OS.

I am about as big of a Google fan and ambassador as you’ll find and I cheer whenever it steps foot into new territories. I root for them to win, and if not, at least change the game. I’ve championed the Android cause since 2007 and want nothing but success for its wearable platform.

I’ve found myself returning to Wear OS multiple times over the years, hoping to find that one wearable that’s not just attractive and stylish, but functional and user friendly.

As it turns out, device makers are doing their part just fine. The physical watches are sharp, classy, and versatile. And it’s for good reason. Today’s smartwatches more often come from traditional watch makers and not the likes of LG, Huawei, and Motorola.

Wear OS is perfectly serviceable and has evolved nicely. It’s certainly a smarter and more robust platform, but I invariably find myself fine without it. After a day or two of not wearing one of its watches I feel content not even bothering.

Does the new Moto360 stand out in a growing crowd? Does it do Wear OS justice? 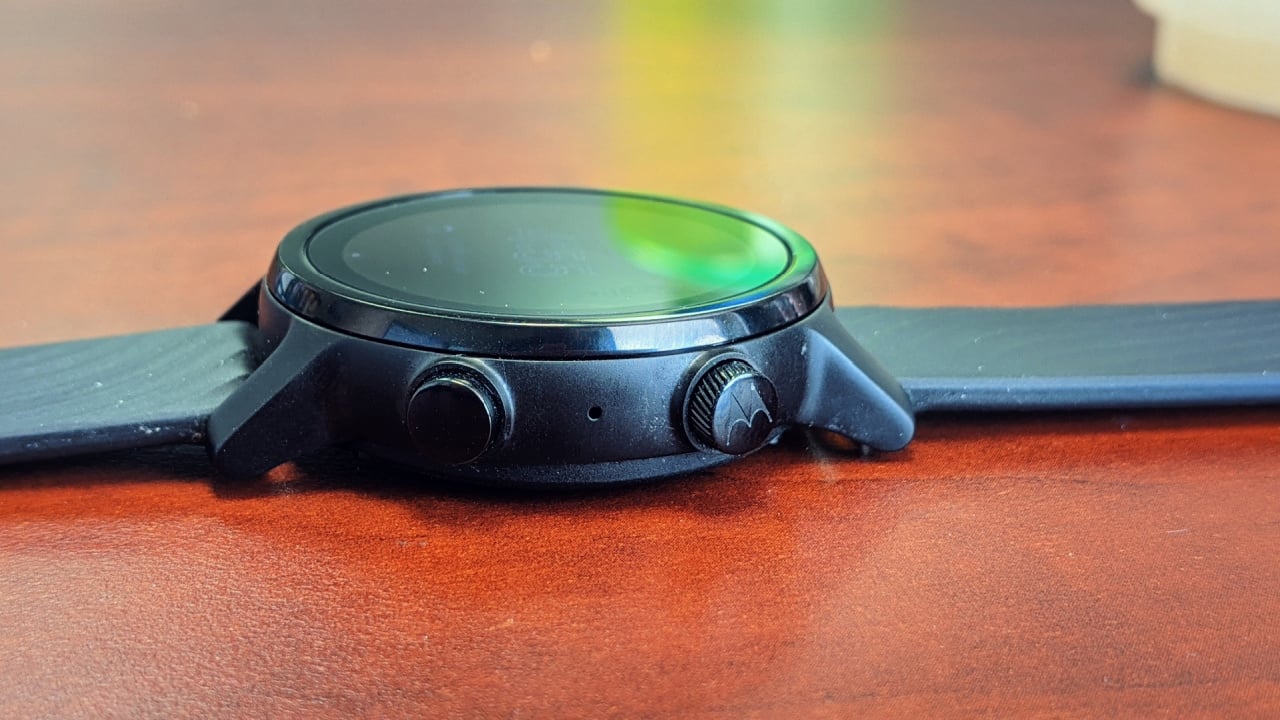 The Moto360 is not a flashy watch. In fact, it doesn’t look all that different from its predecessors. My time with the black models always feels utilitarian and reminds me of early Android phones and Chromebooks. It looks like a proof of concept.

Now, to be fare, I have a friend who simply loved his gold version of the original Moto360. Every time I would chat with him he would tell me about co-workers and colleagues would constantly remark on his watch. Beauty is in the eye of the beholder to be sure.

One of the first things you’ll notice about this generation of Moto360 is that it has a full circular display. That, along with the pair of crown buttons on the side, give this watch a more traditional look.

The press of the top button launches an app screen while rotating it accesses notifications or the status panel. The bottom button can be customized to your liking. Have a fitness app you use quite a bit? Set it to that.

Included in the box are a pair of watch straps, one being a silicone-like material that’s perfect for getting sweaty on a run — or wet from a shower. The other band is a faux leather material with stitching; it looks more professional and dressy. 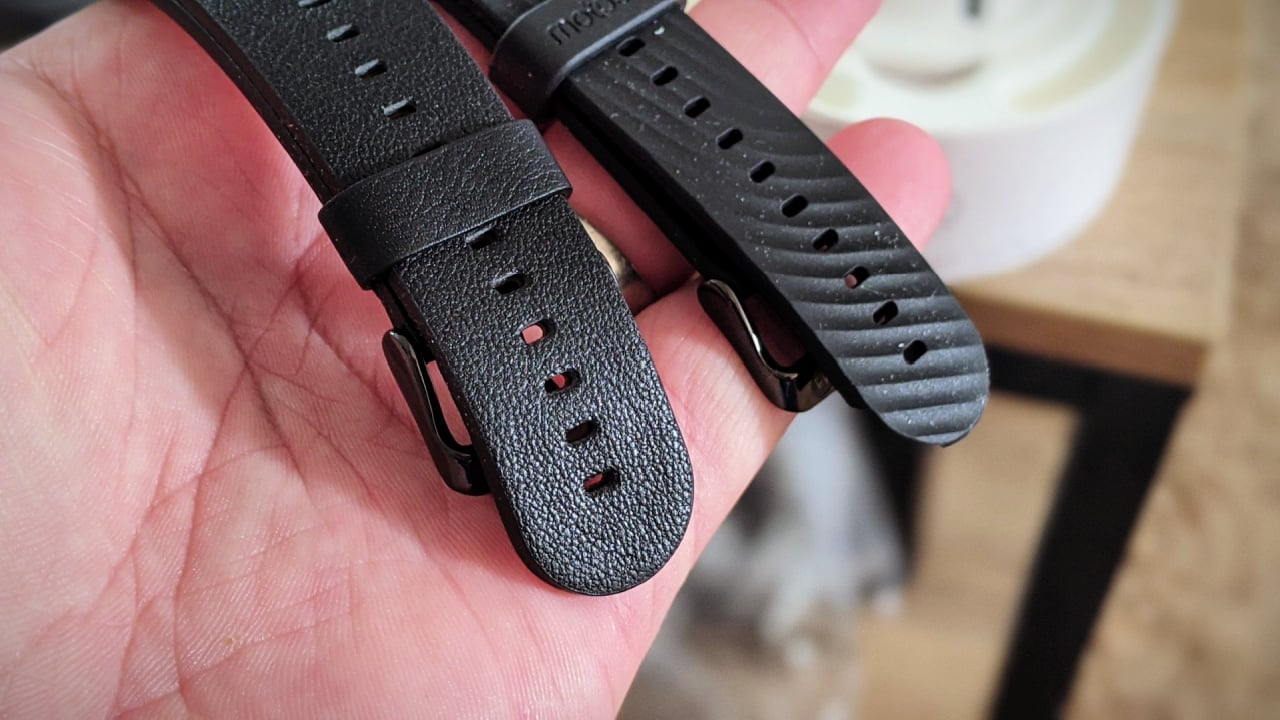 I’ve found myself pretty much sticking with the silicone band so far. The watch is water-resistant so I like the peace of mind in knowing nothing is going to degrade or get ruined by water. Those who might like switching back and forth on a regular basis will be happy to know it’s a simple process.

If you’re switching from another wearable, like a Fitbit, you’ll surely find the Moto360 to be heavy at first. It’s chunky by comparison, and has a bit of heft to it.

The 1.2-inch AMOLED display is nice and bright, and easy to see on a sunny day. There’s a fairly significant bezel around the watch, but it sure beats the flat tire. If you opt for a watch with a black background, you won’t notice it too much. Go with something brighter or colored and it’s much more apparent.

The enhanced ambient mode works great and shakes to life quickly. I have not had any issues with being forced to flip my wrist to wake it up.

The Moto360 makes use of a Qualcomm Snapdragon 3100 Wear processor which is pretty much standard across current-gen Wear OS smartwatches. The chipset is equipped to  place nicely with Android Pay, Bluetooth 4.2 and 802.11n Wi-Fi, and it supports the usual suite of Wear OS features. 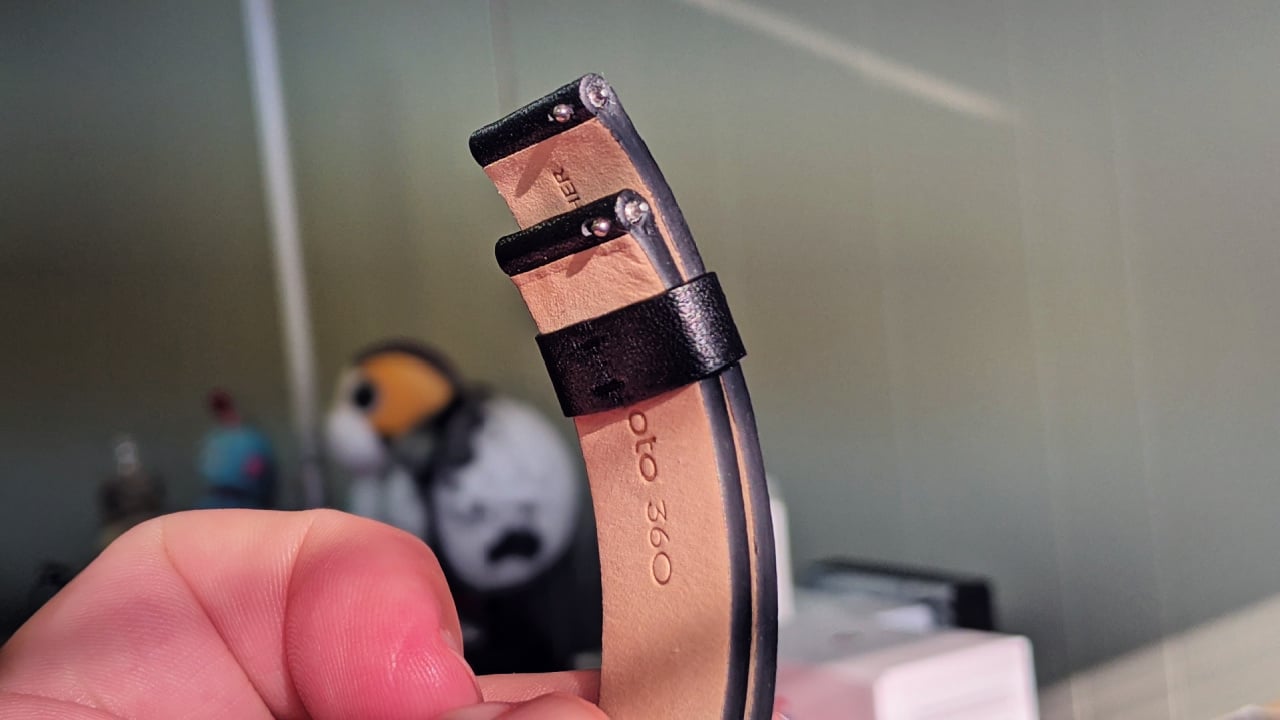 Early smartwatches, especially the first two generation of Moto360, were plagued with less than desirable battery life. That is a nice way of saying you had to charge it at the end of a day, sometimes earlier.

The 3rd generation Moto360 packs a 355mAh battery that gets around a day or more out of a full charge. Mileage varies based on your usage but I’ve routinely ended my day with juice left over.

Should battery life get critically low, it will switch over to a time-only mode. Doing so reportedly lets it last for up to three days, but it disables select functionality.

When it comes to charging, the battery is said to go from 0-100% in one hour, and I cannot argue that. I’ve seen about the same results. For my needs, though, I usually just charge at night so it matters little to me personally. That said, charging at your desk or over lunch will help keep your level high.

The provided charger is a magnetic snap-on USB charger, which locks into place nicely. There’s only one way to do it and it’s easy to connect. But, even as nice as this is, we would love to see support for more of a standard wireless platter. 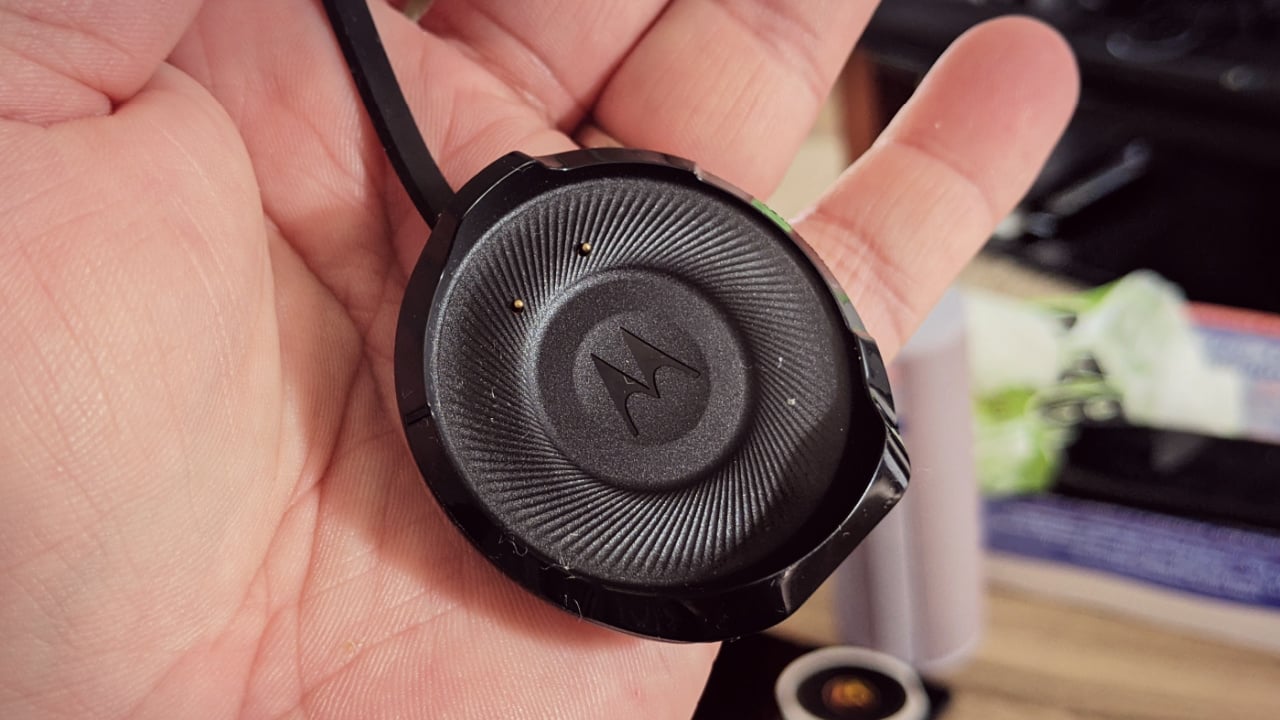 I find that apps open at a desirable, if not expected pace. Save for the initial days and setup, we don’t play on our watches. We’re not hopping from app to app or doing any sort of gaming.

When it comes to smartwatch apps, I want to be able to track an activity either passively or actively. That, for me, is often checking notifications, starting a stopwatch, tracking a walk, checking heart rate, or looking at the next appointment.

One feature that I did use, with mixed results, is Google Assistant. It was a hit-or-miss experience that ultimately saw me not using it. Unfortunately it was often a case where the watch simply didn’t respond – no error, no signal.

I don’t know how much this feature truly means to me. Given I almost always have my watch and phone on me, I’m more likely to just use the latter. It’s more intuitive and natural to me.

At a price of $199, the Moto360 smartwatch is a good Wear OS watch that builds on its predecessors and feels very much like it’s still a Motorola product.

Wear OS has evolved nicely if not slowly, but does work well here. I like having the two buttons for access and action. The UI is intuitive and helpful with the right amount of baked-in features. 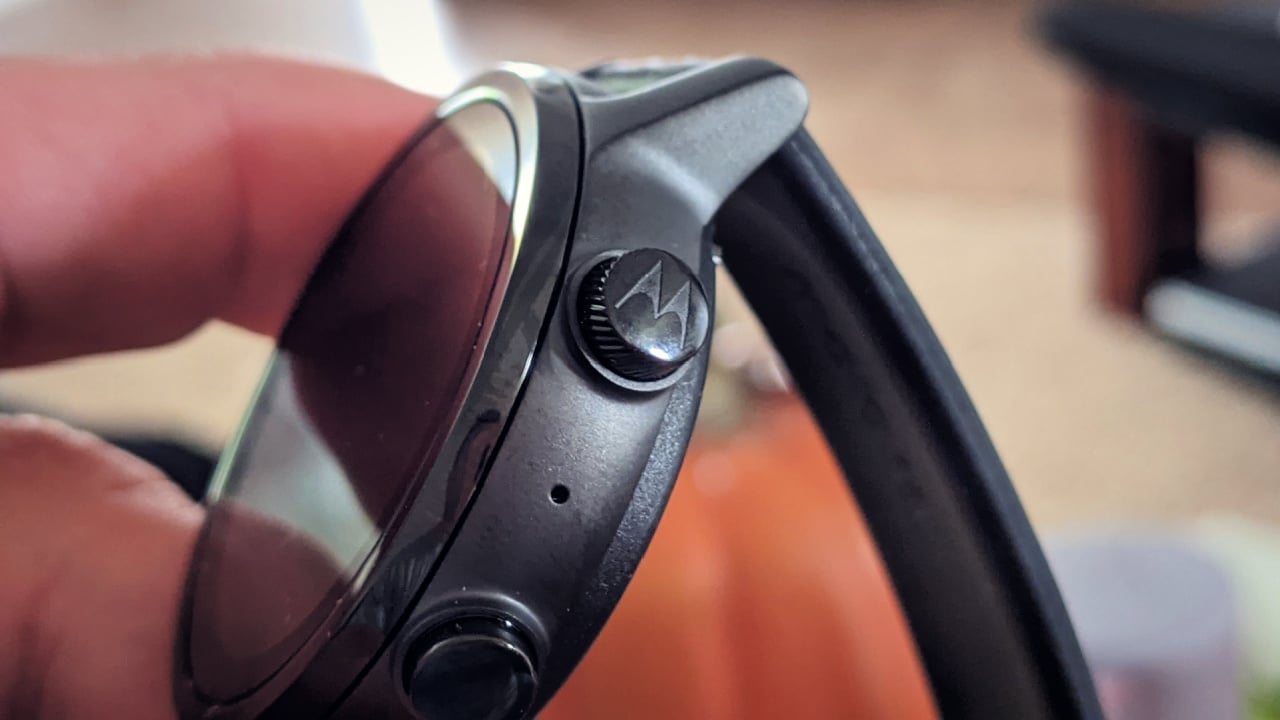 The design, particularly with the black on black, is smidge boring. It’s a slightly thick and heavy watch but I suspect you’ll get used to it before long. Based on the colors of the other options I can imagine them being more classic in appearance.

There’s a pretty crowded pool of options to wade through for those considering their first smartwatch. Fitbit is getting increasingly more adept with its products and Apple keeps putting out popular wearables. Mix in Garmin and a few others and you can see how tough it might be to make a decision.

Generally speaking, it’s a perfectly serviceable watch. Unfortunately, there is not enough going on design-wise to help the Moto360 truly stand out. At least with the all-black one.

I should also point out that there is no noticeable difference in build quality or materials with this generation as compared to its predecessors. There’s no indication that it does not belong to Motorola.

Head to moto360.com to learn more about the Moto360 and to purchase one. Choose from three color bodies, each of which comes with a pair of watch straps. As of today it’s available for $199.99.