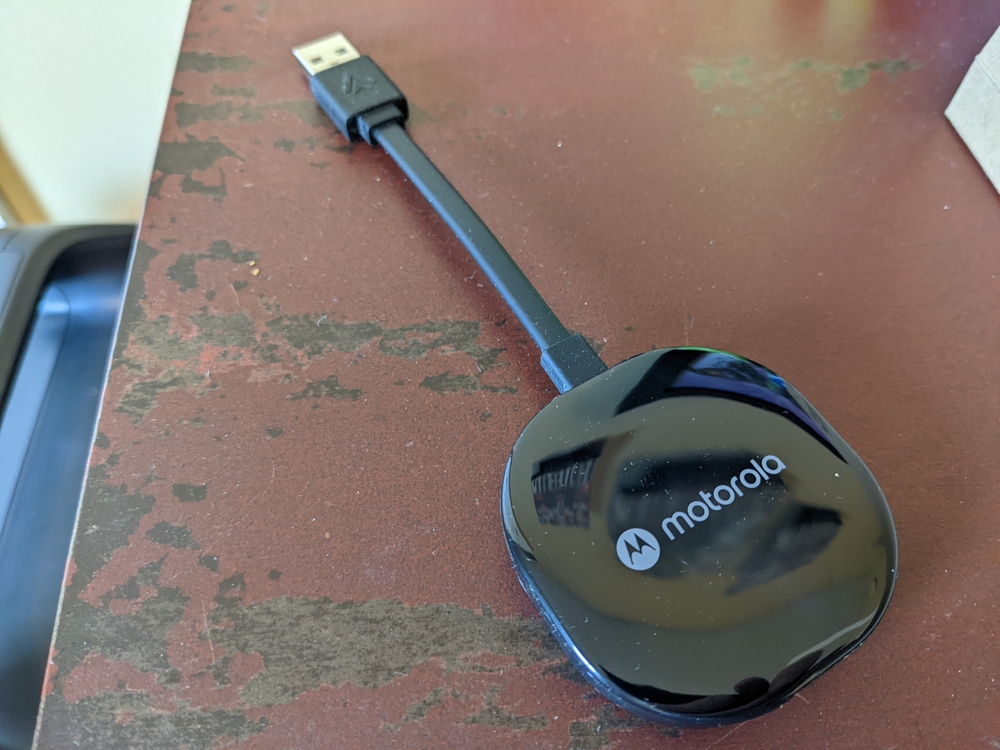 Motorola has been a pioneer of technology for almost a century. While the company has moved into the cell and smartphone market in recent decades, it’s rooted in radios and car stereos. With this heritage, it seems fitting that the first wireless Android Auto dongle blessed by Google has a Motorola logo on the device.

I’ve been testing the Motorola MA1 wireless Android Auto adapter for three weeks and this truly is a great little addition to anyone with a wired Android Auto car stereo.

Everything you need is right in the box to get the Motorola MA1 up and running. It’s actually all in one piece. The dongle consists of a rounded square unit with an integrated USB-A cable.

There’s not much else going on here. You do have a dedicated Bluetooth sync button if you don’t get the pairing set up on the first go or want to add multiple devices. Otherwise, the Motorola MA1 is a minimal unit reminiscent of a glossy-black pebble. 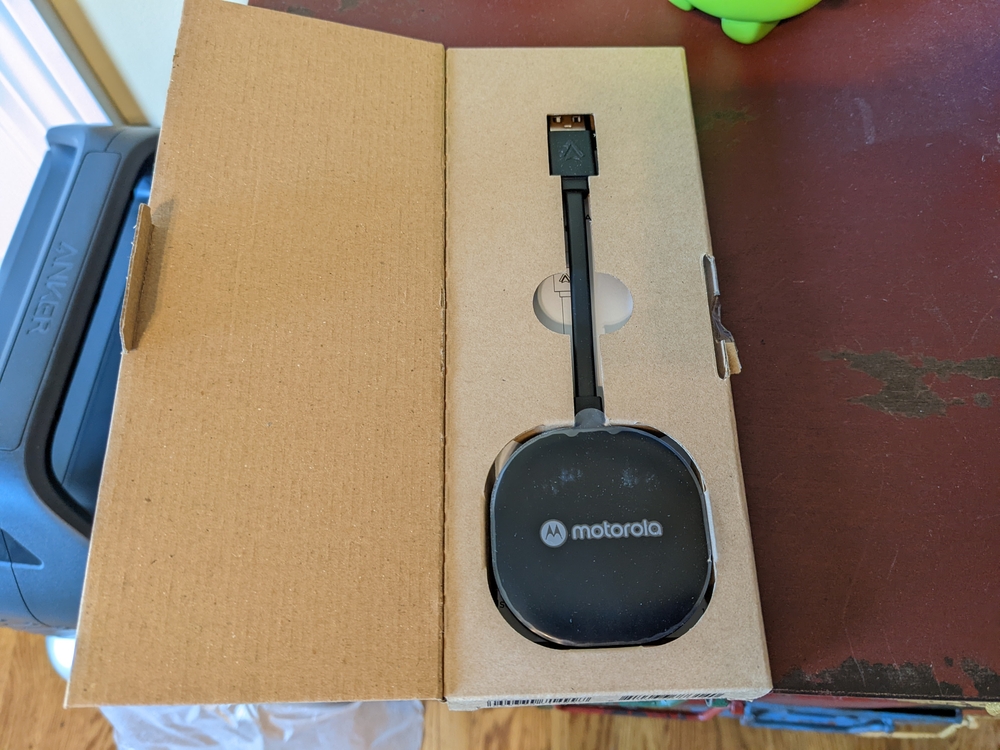 One aside from the hardware is that Motorola is not producing the MA1 directly. The company has licensed SGW Global to manufacture the wireless Android Auto dongle.

Getting the Motorola MA1 is extremely painless. It’s genuinely only three steps. You need to first plug the USB-A into the existing port in your car and give it around 30 seconds to power up. Then, you need to pair the MA1 to your phone via Bluetooth.

After you have Bluetooth synced, you should get a brief setup wizard on your phone. Completing this will finish the setup. You now have wireless Android Auto with the help of a neat little package from Motorola.

The overall performance of the Motorola MA1 is very good. Every function acts just as it would with a wired connection. From navigation to music playback, I had zero issues with the onscreen presentation on my car’s head unit. Calls worked as advertised as well. 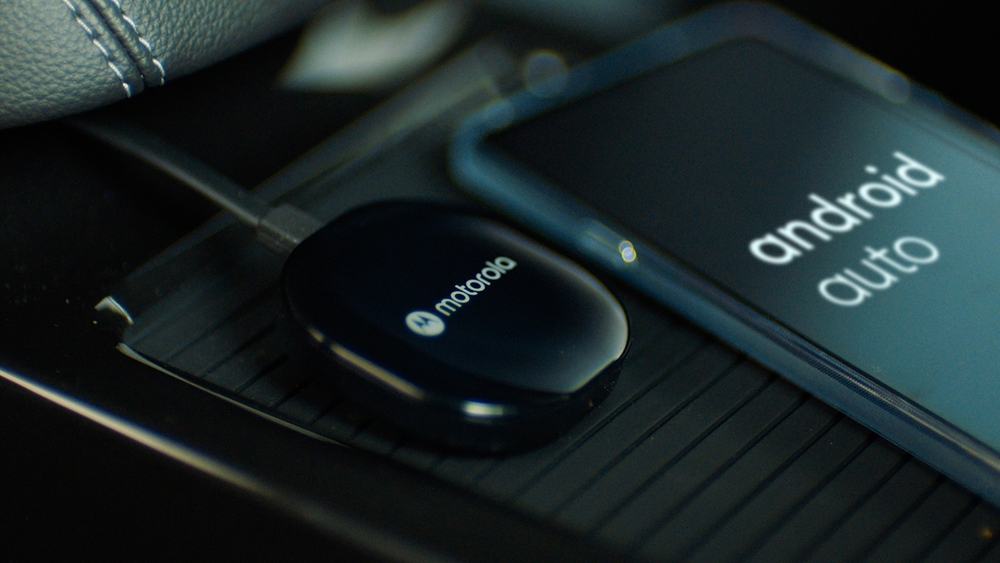 I had a few quirks while using the Motorola MA1 that I think are worth mentioning. First, the device will make your phone run hot. Pushing the Android Auto interface wireless simply taxes the hardware more than a wired connection. I don’t believe it’s to a dangerous level, but you will notice the rise in temperature.

Next is how to update the Motorola MA1. The AAWireless dongle has a nice companion app to monitor and push updates to the car dongle when issues arise. So far, Motorola hasn’t come up with a similar solution for their wireless Android Auto units.

Lastly, I wish the MA1 didn’t have an integrated USB cable. I much prefer the route that AAWireless engineers took with a simple USB-C port. This adds flexibility to move from wired to wireless Android Auto using the same cable and general placement of the device. The short cord allows very little movement around your car’s interior.

It also limits the point of failure for the entire device. If the cable gets compromised on the MA1 the entire device fails. If it just plugged into a USB-C, then I could most likely replace a $10 cable and continue to use the dongle.

Motorola has a hit in the MA1 in my opinion. It brings dead-simple wireless Android Auto to existing cars with a wired connection. It also only has one true competitor in AAWireless, but Motorola has a more recognized brand behind it and is available for purchase in normal retail channels like Amazon.

Speaking of making a purchase, the MA1 was so popular at release that the company sold out of pre-orders online. At $90 it’s a compelling purchase for those of us who have wired Android Auto. Motorola insists that stock will be made available after February, so hit the links below to keep up to date on replenishments.