If you own a Nintendo Switch, then at some point, you’re going to want a new controller. Whether it’s due to the small size, the dreaded stick shift, or you’re just tired of removing and attaching the Joy-Con controllers—it’s just good to have a second gamepad around.

Fortunately, there is a huge market for Nintendo Switch controllers, and PowerA was nice enough to send its officially licensed Fusion Pro Wireless Controller out for review. 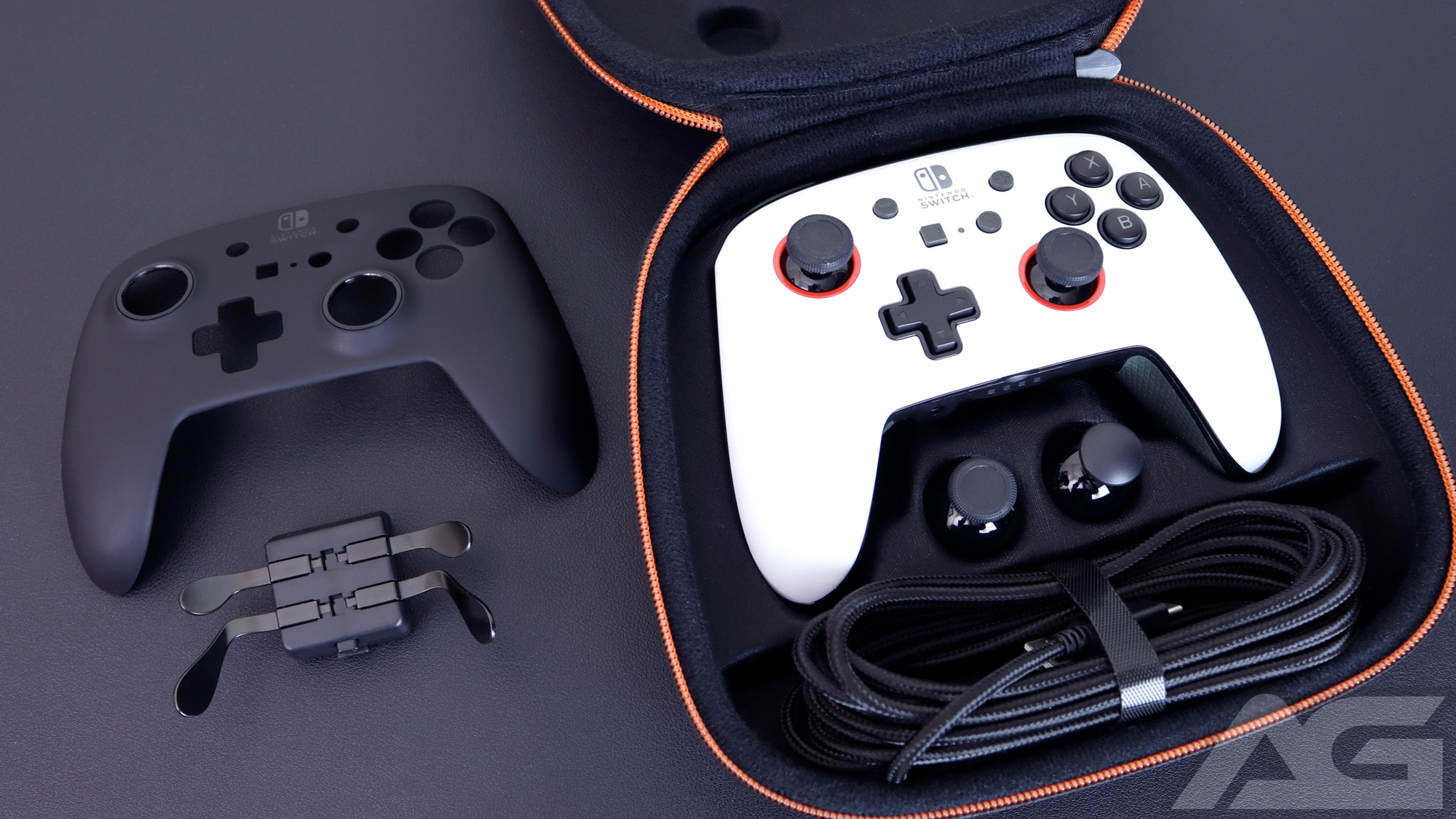 The PowerA Fusion Pro Wireless Controller for Nintendo Switch looks nearly identical to the Switch Pro Controller, but the two gamepads do have some key differences. The largest one is the removable customizable paddle attachment on the back of the Fusion Pro Wireless.

Another standout feature is the magnetic replaceable face allowing you to swap between the included white or black faceplates. The joysticks are also swappable, with options for short or tall sticks and concave or convex caps, which are available inside of the included carrying case. 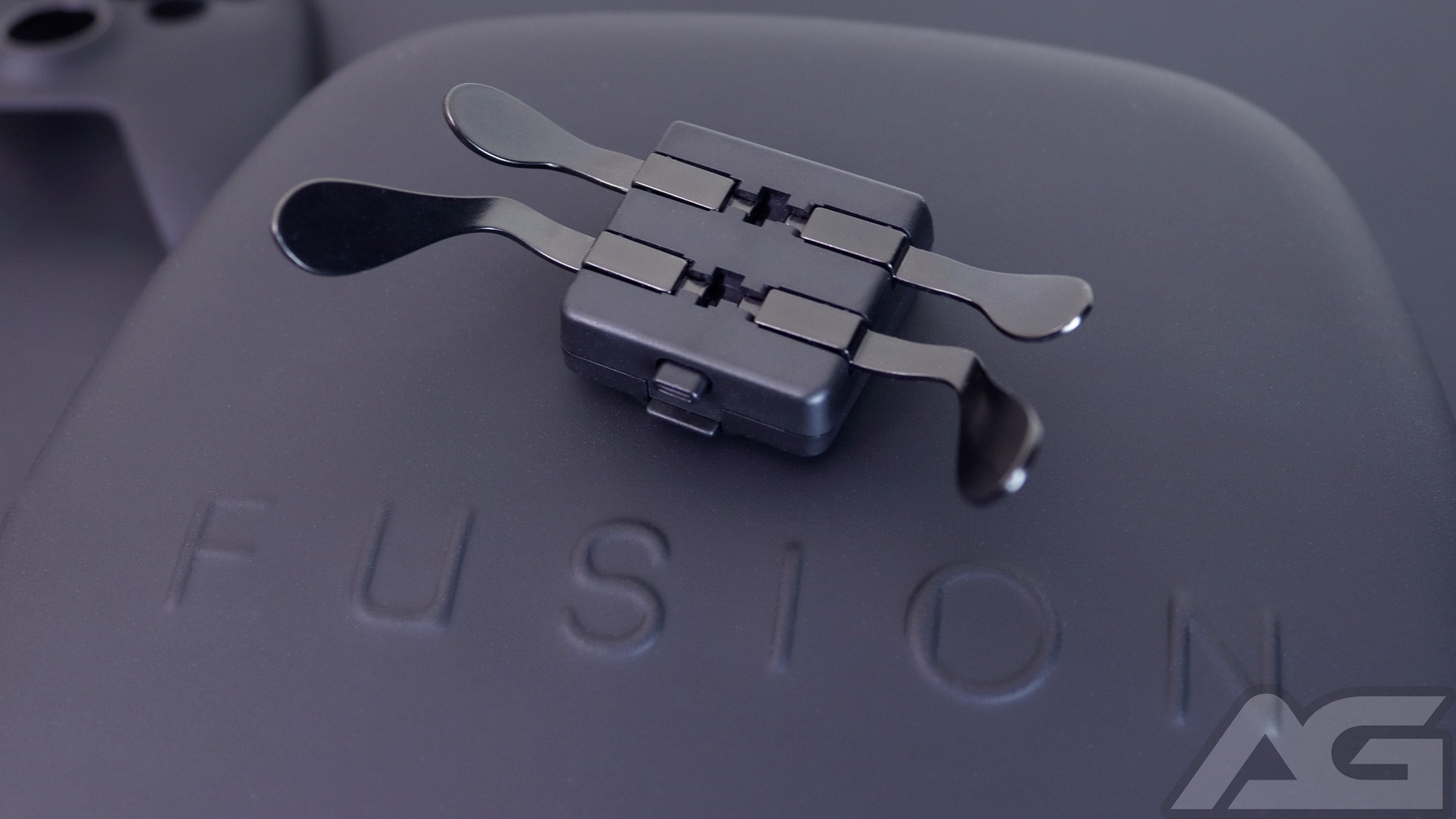 On the underside of the controller, PowerA has used a rubberized grip making it quite comfortable to hold in your hands. Finally, the PowerA Fusion Pro Wireless Controller offers a 3.5mm headphone jack for using wired headphones with it. 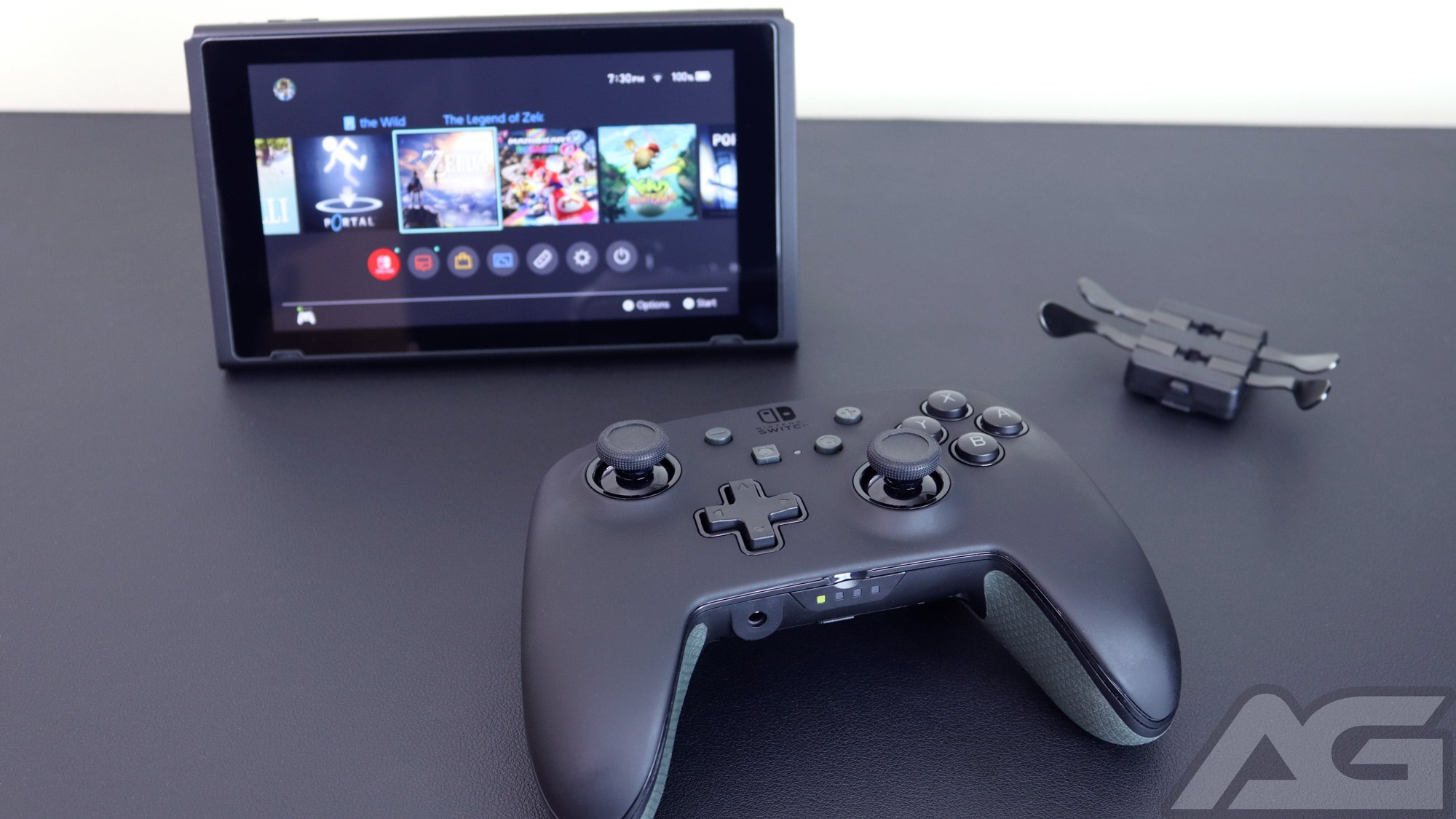 As for the buttons and joysticks, they all worked perfectly and I had no issues playing any of my games. However, the real game-changer was the Mappable Pro Pack which gives you four paddles on the underside of the controller. Each one of these paddles can be programmed to a button on the controller and allows you to activate the button without taking your thumbs off of the analog sticks. 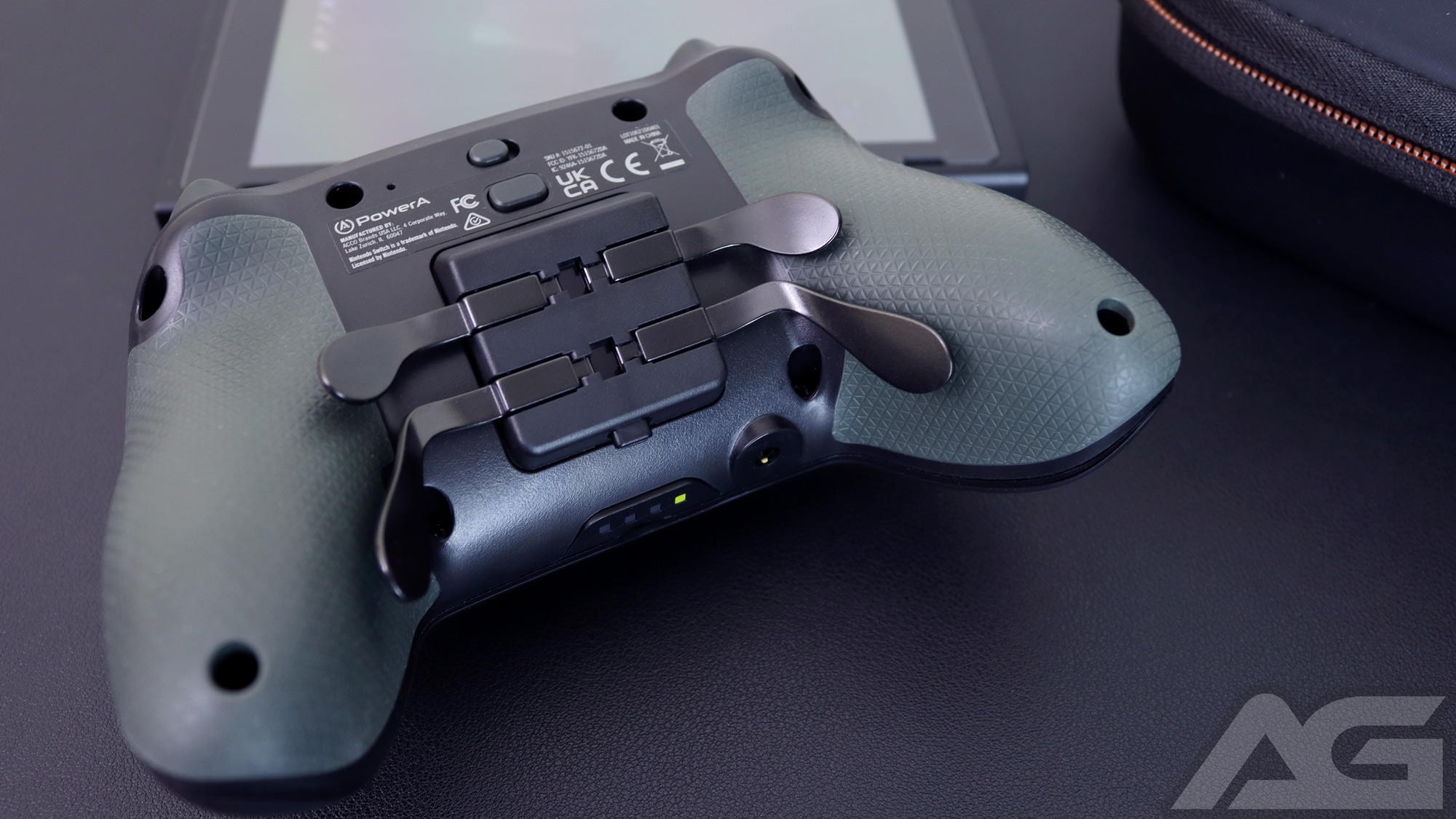 A feature like this can be massively convenient or invaluable depending on the game. This is just one example of many, but while playing Zelda Breath of the Wild, I was able to map the attack, action, and jump buttons to the paddles. That made it so much easier to run around Hyrule slashing and picking up loot without ever needing to take my right thumb off of the analog stick.

Speaking of Breath of the Wild, if you’re a fan of gyro aiming, then no worries. The Fusion Pro Wireless Controller includes gyro controls, so you’ll be able to line up your shots and do the shrine puzzles with no issues.

For all that the PowerA Fusion Pro Wireless Controller does right, I’m afraid there are some drawbacks. The first is no NFC chip, which means no support for Amiibo. I’ve never used the Amiibo function with my Switch before, so that wasn’t a deal breaker for me. However, there are also no vibration motors and I did find I missed the haptic feedback during games. Lastly, while there is a 3.5mm headphone jack, it is only functional when using the controller wired and will not work in wireless mode.

None of these are truly essential features, and they may not be dealbreakers for you, especially given how game-changing the customizable paddles are. Regardless, it’s good to know what you’re getting before you spend your hard-earned dollars. 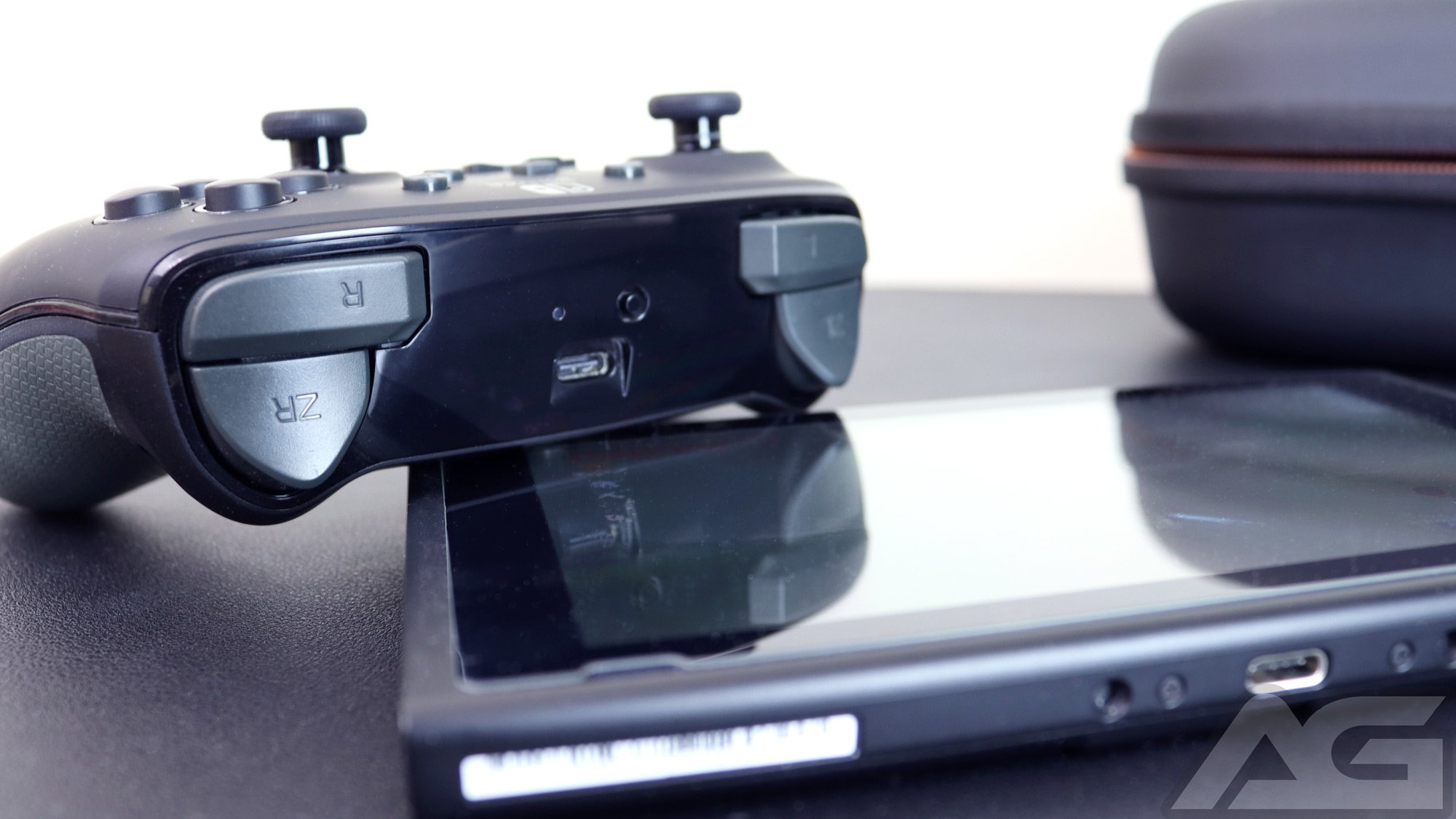 PowerA rates the Fusion Pro Wireless for up to 20-hours of battery life. After playing with it these past few weeks, I can say that seems about right. The controller even has fantastic standby time in between gaming sessions. Plus, there’s a generously long 10ft. USB Type-A to Type-C cable included that you can use to play wired. 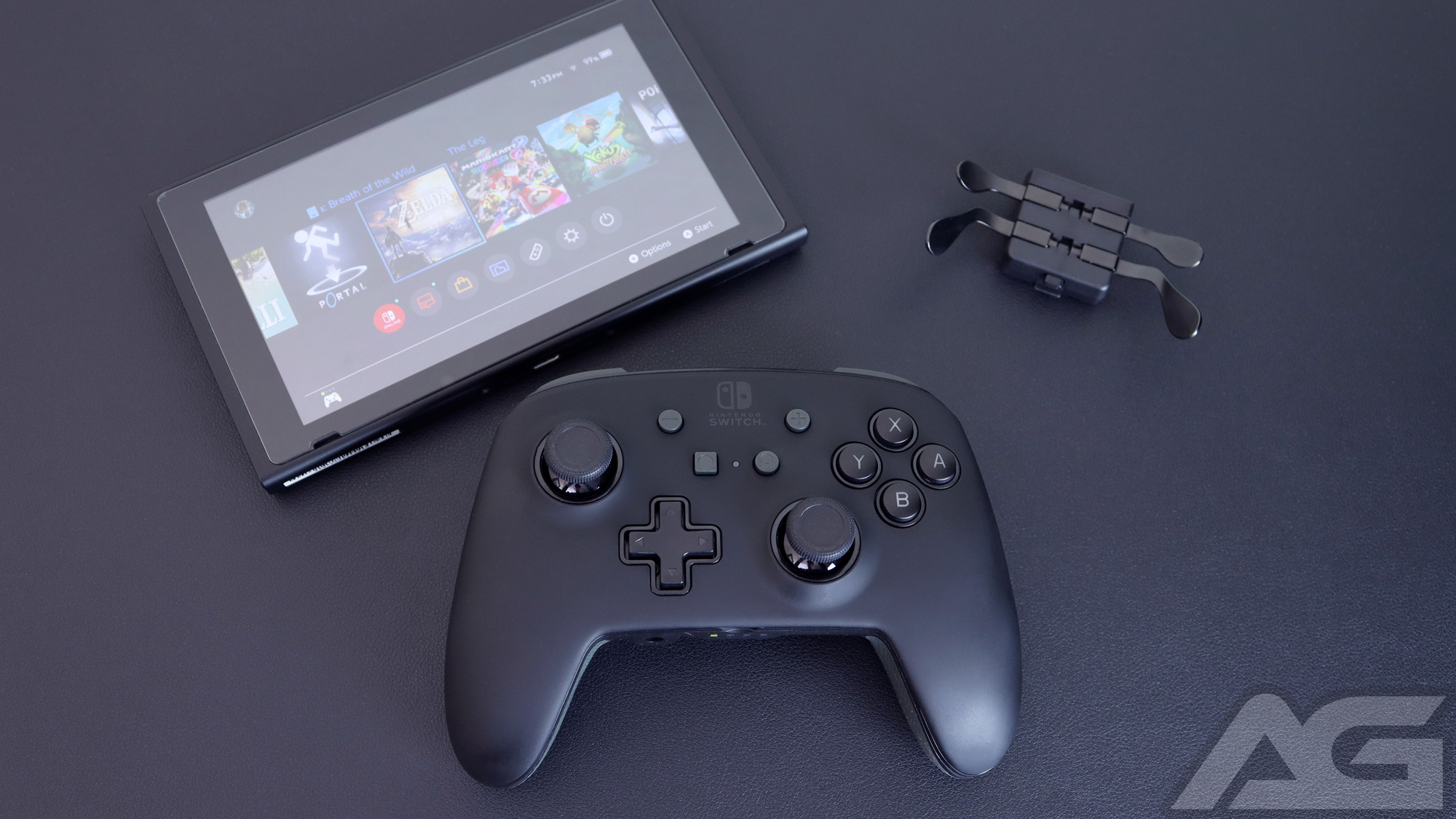 The PowerA Fusion Pro Wireless Controller for Nintendo Switch has a lot going for it. The obvious standout feature are the customizable paddle buttons, but it also has a comfortable rubber grip, replaceable faceplates and analog sticks, a premium carrying case, and fantastic battery life.

While there are a couple of concessions made with the lack of Amiibo support and haptic feedback, those aren’t deal breakers for many of us. However, the price tag might be. The retail price for the Fusion Pro Wireless is $100, and that’s a steep asking price when the official Nintendo Switch Pro Controller sells for $60 with support for Amiibo and HD rumble.

In this case, you’ll have to ask yourself how much the customizable paddles along with the replaceable faceplates and analog sticks are worth to you. If that’s worth the additional cost—then you won’t regret picking up the Fusion Pro Wireless—because it’s an incredible controller. I know the mappable paddles changed the way I played games for the better, and it’s now difficult for me to use a controller without them.

Alternatively, you can watch for the PowerA Fusion Pro Wireless Controller to go on sale because sometimes it can drop as low as $50.

Buy from Amazon Buy from PowerA

PowerBank with integrated USB C and lighting cables has many advantages....
Read more

Whether you are just watching movies, gaming, or listening to music...
Read more
Advertisment

You can find a pair of wireless earbuds pretty much anywhere these days. OnePlus entered the market last year with the Buds Pro wireless...
Read more

OnePlus never seems to disappoint in offering its fanbase consistent refreshes of phones. The latest to enter the lineup is the OnePlus 11 5G....
Read more