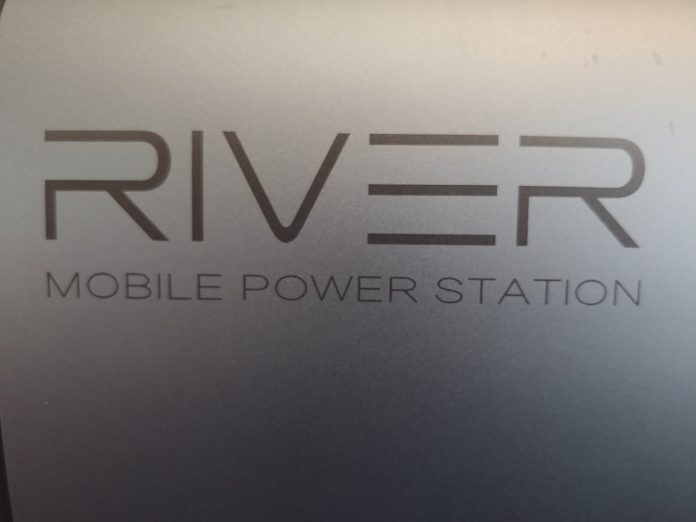 I keep waiting around for a massive jump in battery technology. One day we’ll all look back and remember that we had to charge our phones once a day and think “what the hell were we doing?” Alright, maybe it’s not as bad as I make it out to be, but I am still waiting for that next big leap in battery tech regardless. We hear stories all the time about the next big thing, but we’re still using the same battery technology we have been for a while now.

While the EcoFlow River doesn’t break the barrier between the current standard and a new one, it is a nice way to bridge the gap. The gigantic 11-pound charging station houses 11 ports and a ton (114,000mAh, 500 total watt output) of power for your devices. There are four USB type-A ports, two of which support Quick Charge 2.0, two USB type-C ports which support Quick Charge 3.0, two DC ports, two AC ports, and a 12-V car port. You can charge damn near anything with it.

Normally, my mind would immediately go to using this for a camping trip. I’m the type of person who generally tolerates nature while my wife and daughter love it. I don’t want to be without my phone and my laptop so this keeps me charged up for the entire trip. In fact, EcoFlow says it’ll power a mini-fridge for upwards of 11 hours on a single charge, or you can hook up the solar charger (sold separately) and ride out the entire weekend. It’s a very expensive alternative to bringing a cooler, but hey, it is an alternative that you may want to look into.

While my mind would normally go to the campaign utilities, the recent disaster in Houston and surrounding areas has me thinking about other applications. A lot of people were trapped in their homes with no power while a hurricane tore down everything around them. Being able to keep on some lights or keep your cell phone charged can help a situation not seem so bad. I live in a valley so I’ll definitely be keeping the River upstairs in case the worst happens.

I’d like to see the River’s IP rating increased in a hardware revision. It currently sits at IP63 which means it’s dustproof but its body is just splash proof, but I hope EcoFlow can do better down the line because I wouldn’t exactly feel comfortable taking this to the beach due to its somewhat weak water resistance. At $699, the River is too expensive to be destroyed because it got too much water on it.

You can charge up to 11 devices at the same time with a max draw of 500w. To recharge it, you can use wall power (6 hours), your car (9 hours) or the optional solar charger I mentioned earlier (10 – 15 hours depending on weather conditions). As someone who used to work in television, I could very easily see TV stations, production houses, and movie production crews making full use of the River to keep their gear charged on shoot days.

How many times can you (theoretically) charge your device?

All-in-all, I think EcoFlow has put out a really impressive battery. It’s compact and heavy, but the handle on top really makes it quite portable. You’re not going to throw this in your bag and forget it, but you can pack it for your next trip without taking up a bunch of space. The quick-charge ports are a nice attention to detail for Android device owners. Details like that often get forgotten and the max charge rate of an iPhone is all we get.

At $699, the EcoFlow River is expensive. There are others on the market that do offer DC or AC portable power stations, but their capacity is generally much much lower (as is their price). Its direct competitors, the Anker Powerhouse and Goal Zero Yeti 400 are both $100 cheaper but have smaller batteries so if you want the king of the mountain, the EcoFlow River is your huckleberry.