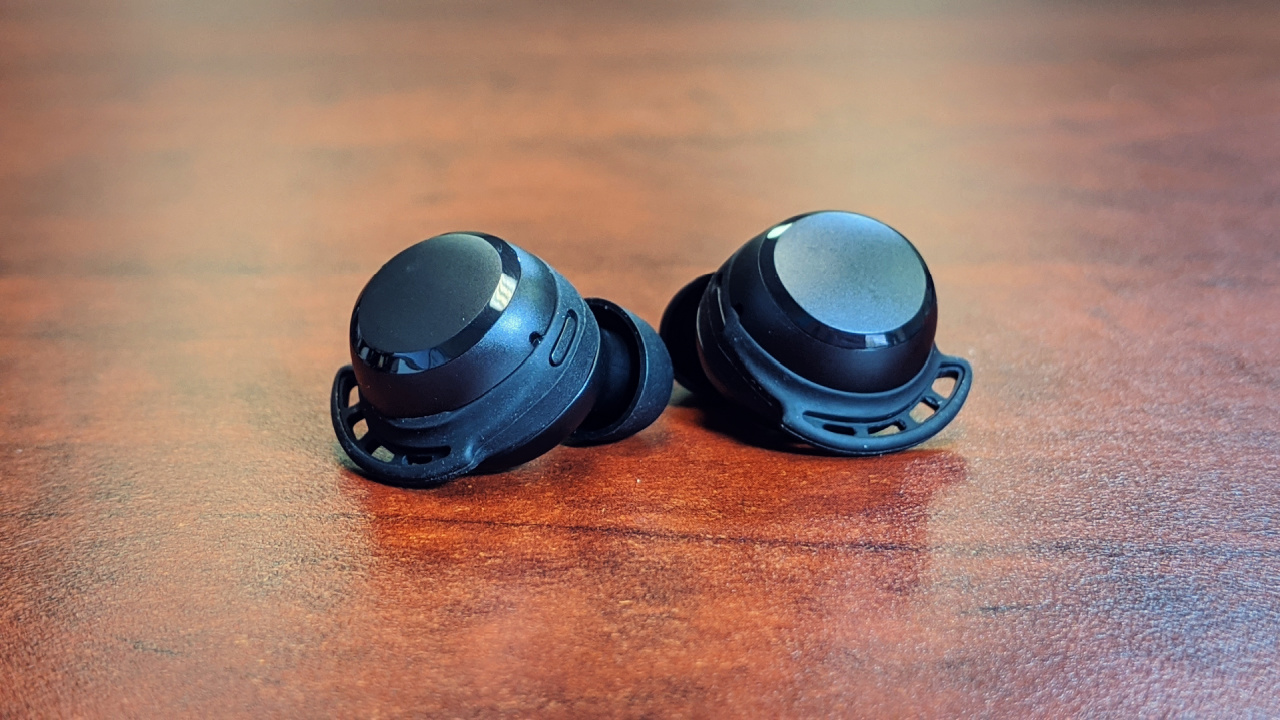 When I first learned of the Bragi Dash wireless earbuds back in 2015, I was intrigued and amazed that earbuds were finally able to “cut the cord.”

As an avid runner; I couldn’t wait to eliminate the tether wire that connected right and left earphones. While that wire was a drastic improvement over wired earbuds, it would still rub uncomfortably on my neck as I ticked off miles. Not bad if you’re running a few miles but as the miles begin to add up in marathon training, that seemingly lightweight wire starts to become sandpaper. 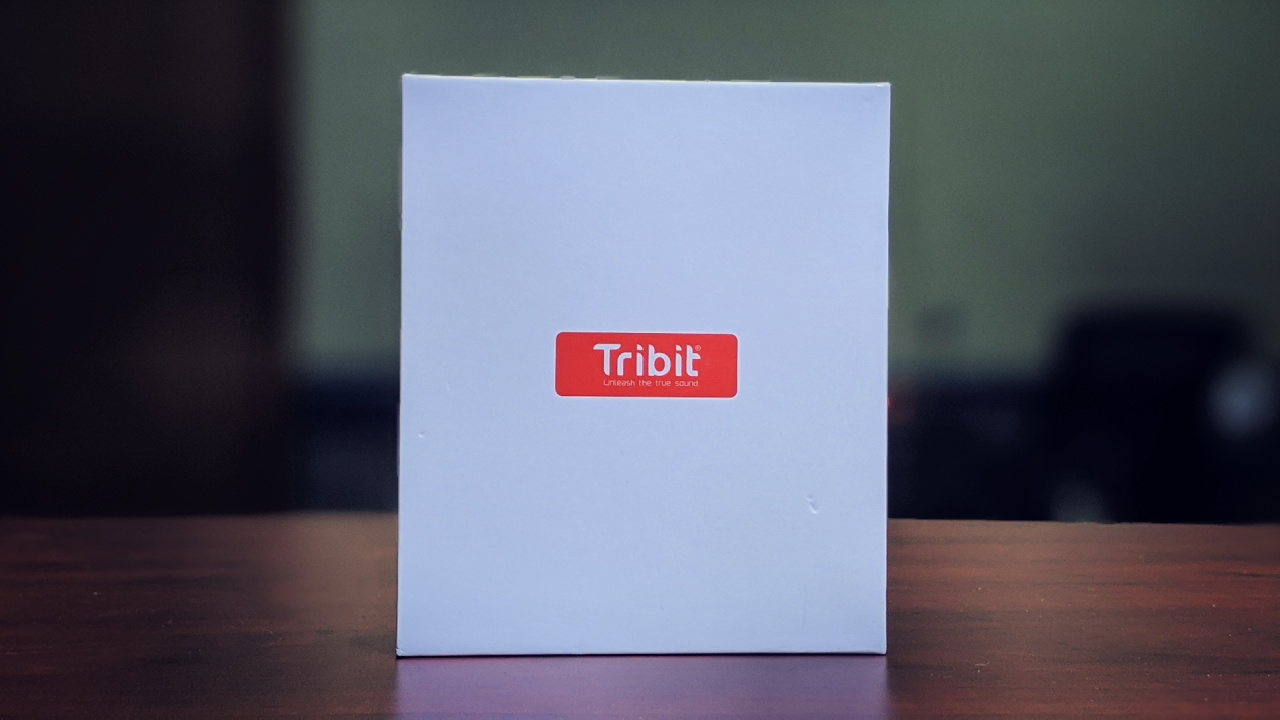 Fast forward five years and there is certainly no lack of options when it comes to “true” wireless earbuds across many price points.

Available on Amazon for only $39.99; I’d say that’s a pretty good deal. When starting this review, I happened to come across a Lightning Deal price of $29.99 with an extra $8 off coupon which is a fantastic deal! 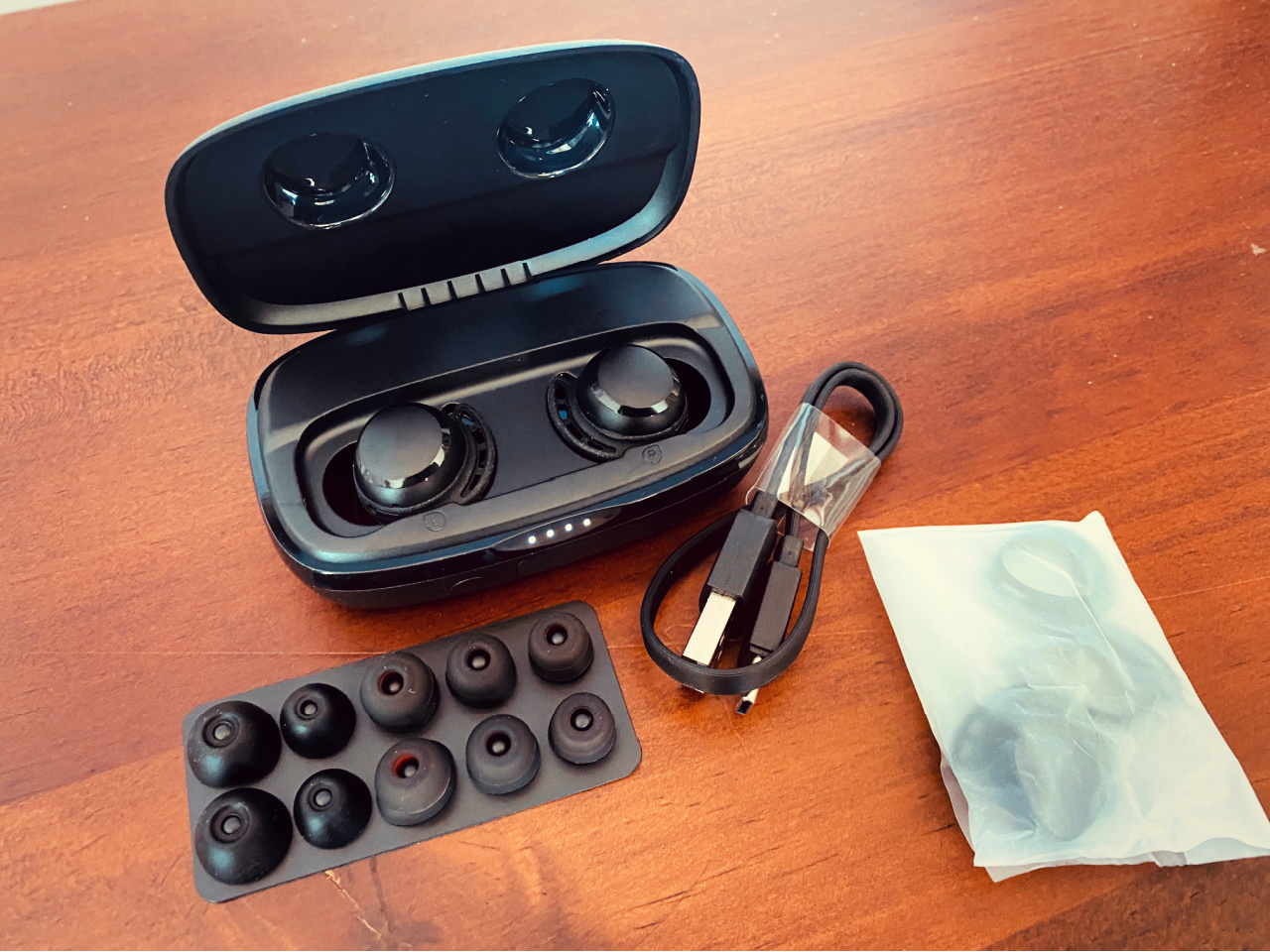 Like many of the other true-wireless earbuds today, the Flybuds 3 comprise of a charging case and left and right sided earbuds.

The case measures 3.40 x 2.00 x 1.20 inches and is mostly matte black plastic with a glossy black plastic strip that serves as the divider between top and bottom. Its rounded edges remind me of a bar of soap that’s given up about ½ of its useful life. Sort of pocketable if absolutely necessary but otherwise it wouldn’t be something I’d want to carry around while using the earbuds.

The front of the case features a single button and flap cover which houses a USB-type C connector and USB-type A connector. The USB-C is to charge the case and earbuds while the USB-A allows the case to be used as a portable device charger tapping into the 2600maH battery. This might be a valid reason for some to carry the case around in their pocket.

The earbuds themselves are made of the same matte and shiny plastic as the case with rubber “earfins” and tips. The box contains S/M/L earfins as well as S/M/L eartips of different color combinations (grey/red or black). You also get a USB-C charging cable, user manual and thank you card inside the box. 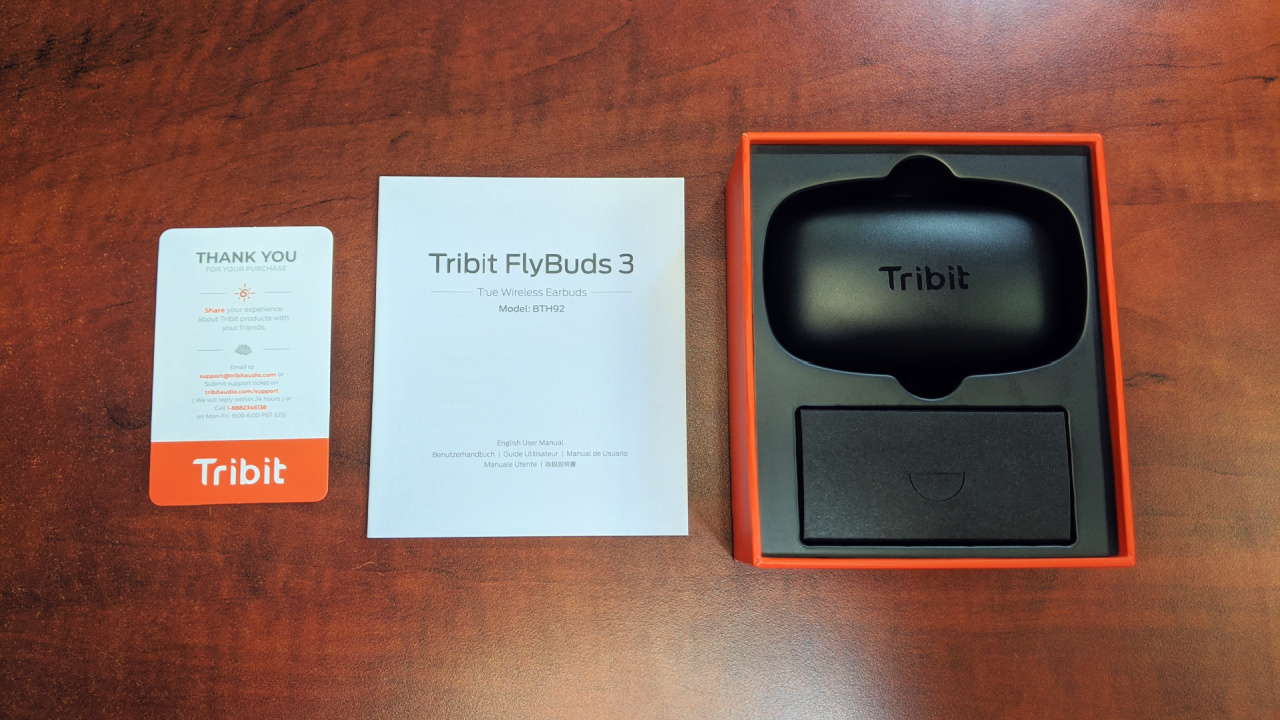 The Flybuds 3 earbuds borrowed from the Apple playbook when it comes to ease of  connecting.  Open the case, and they are placed in bluetooth pairing mode. Open bluetooth settings on your device and connect to “FlyBuds 3.”

The earbuds ship with a small sticker covering the charging contacts which need to be removed. Tweezers may be necessary if you lack fingernails. After removing those stickers, I found the magnets holding the earbuds in place were stronger and therefore, I couldn’t grasp the earbuds out of the case as easily. I’ve discovered that it’s easier to hold the case in both hands and use my thumbs to push in towards the center to dislodge the earbuds.

Placing the earbuds in my respective ears was easy, comfortable and provided great noise isolation with the installed earfins and tips. There’s a voice prompt that indicates the earbuds are “connected,” but unless you’re fast; you’re going to miss it. 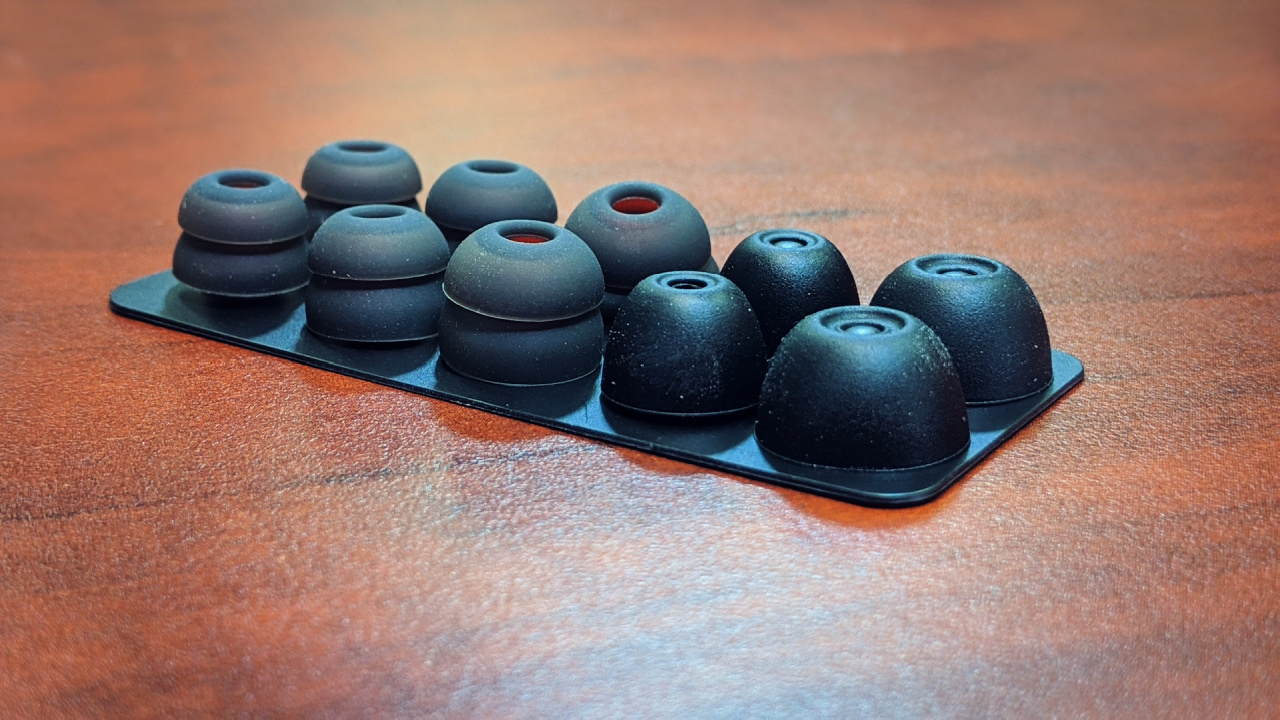 Users can control music and phone calls by touching/tapping either left or right earbuds as follows:

My only complaint with touch controls is that I would’ve preferred to have the option to use left or right earbuds to skip or play the previous track. Or the ability to play previous track, period.

Dave Matthews Band “Say Goodbye” is a great track to kick off the audio review as the intro features a flute solo against the backdrop of kick drum, tom-toms and cymbals. I was impressed, the bass notes were not overly pronounced and crisp while the treble notes remained in the foreground of the audio soundstage. Midrange is also balanced as Dave Matthews’ vocals begin. So far so good. 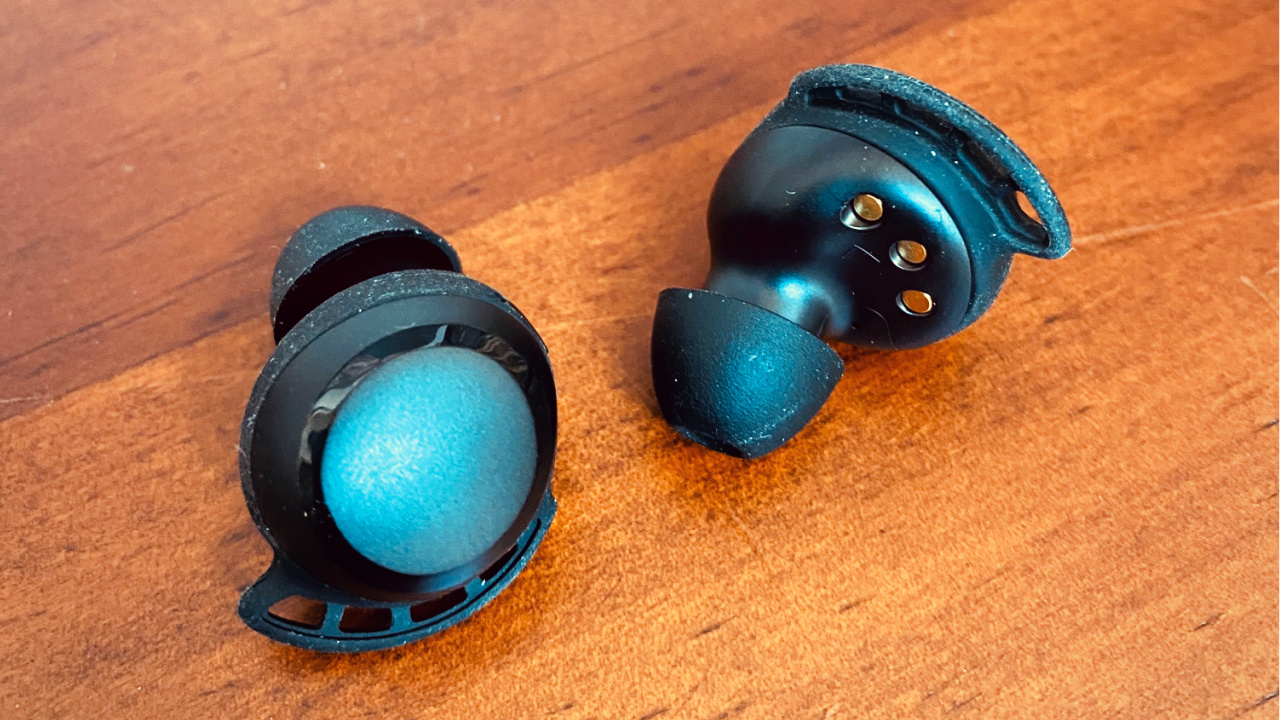 Time to test bass response.  Billie Eilish’s “Bad Guy” can push some of the “name brand” earbuds, headphones and even home audio systems to distortion. Not the case at all with the FlyBuds 3. The bass interlude at the 2:31 mark didn’t come off strained or distorted. Not bad for a $40 set of earbuds.

I tested across genres and artists including The Head and The Heart, Santigold, DIIV, Darius Rucker, etc. and I wasn’t disappointed at all. At a little less than ½ volume, I couldn’t hear my children asking me questions from only a few feet away.

After roughly an hour of playtime, the FlyBuds 3 still showed approximately 70% battery life remaining; which leads me to believe their stated playtime of five hours would be accurate. The case can supply 20 charges for a whopping 100 hours of playtime. More than enough for a weekend getaway or the Barkley Marathon with extra juice to spare.

Bluetooth range is stated at 33ft. I walked from one side of my house to the opposite side with no dropout or hiccups. That said, when adjusting volume from my Apple watch there was a delay when I was away from my phone.

I only briefly tested the call feature of the FlyBuds 3. The audio was clear on both ends of the phone conversation but I personally don’t like using noise isolating earbuds to make phone calls due to the closedness of hearing my voice in my ears. Definitely passable in a pinch, but I wouldn’t use these for all-day conference calls. 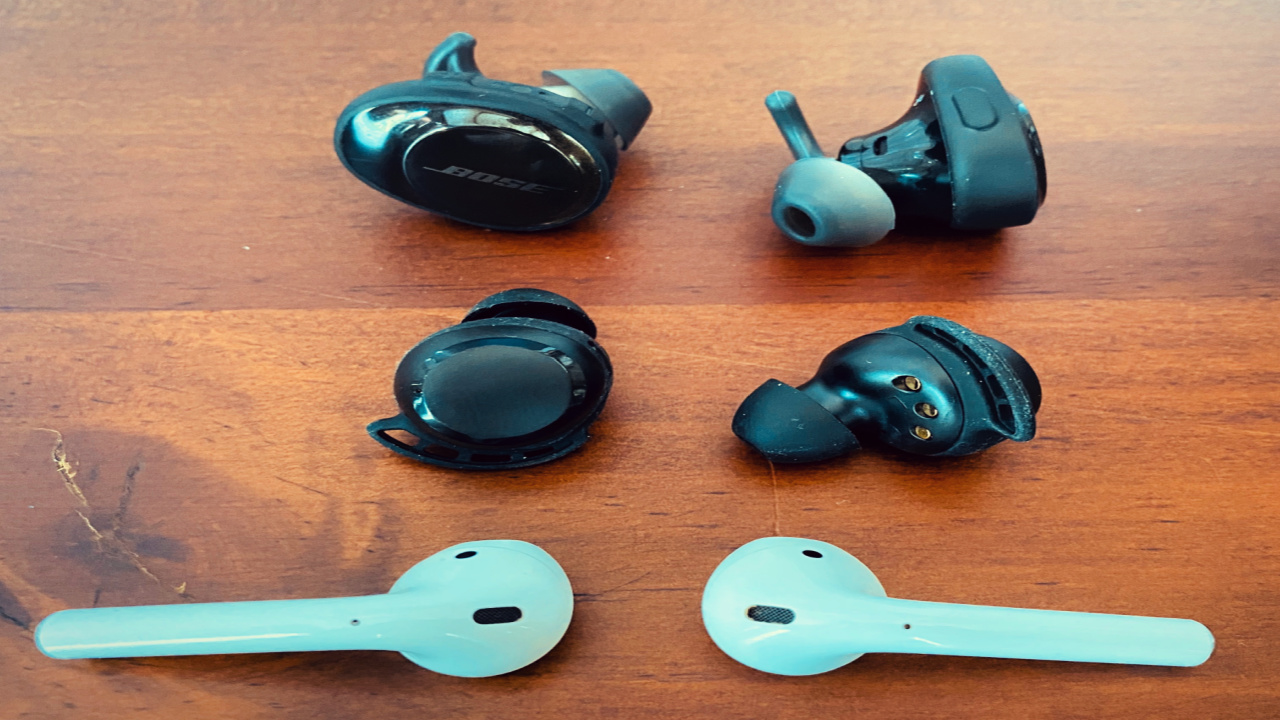 The Tribit FlyBuds 3 earbuds are truly impressive at their ~$40 price point. They sound great, they’re comfortable, and unobtrusive. I even wore them to sleep and didn’t wake up with sore ear canals. I did lose the left earbud at some point during the night but the right side stayed put without any discomfort in the morning. Even side sleepers can enjoy these while drifting off to sleep!

With five hours of estimated play time and IPX7 waterproofing, these would be the perfect companion for marathoners. Although, I would hesitate to use these except on closed courses due to the effectiveness of the noise isolation.

Unless you are tech-fashion conscious and wouldn’t be caught dead in public with anything less than those white earbuds; I highly recommend the Tribit FlyBuds 3. Besides their excellent sound and design, they are backed by a 30-day money back guarantee as well as 18-month replacement warranty. 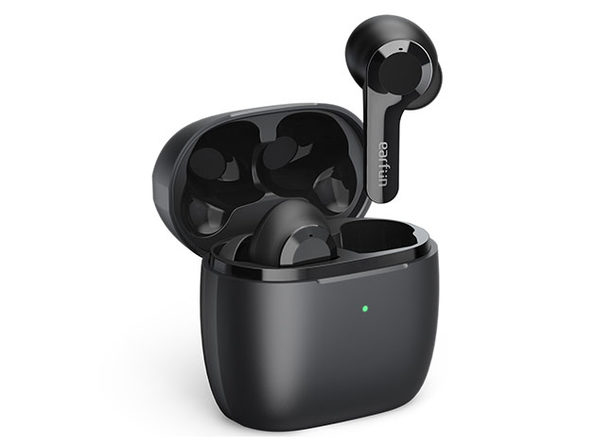