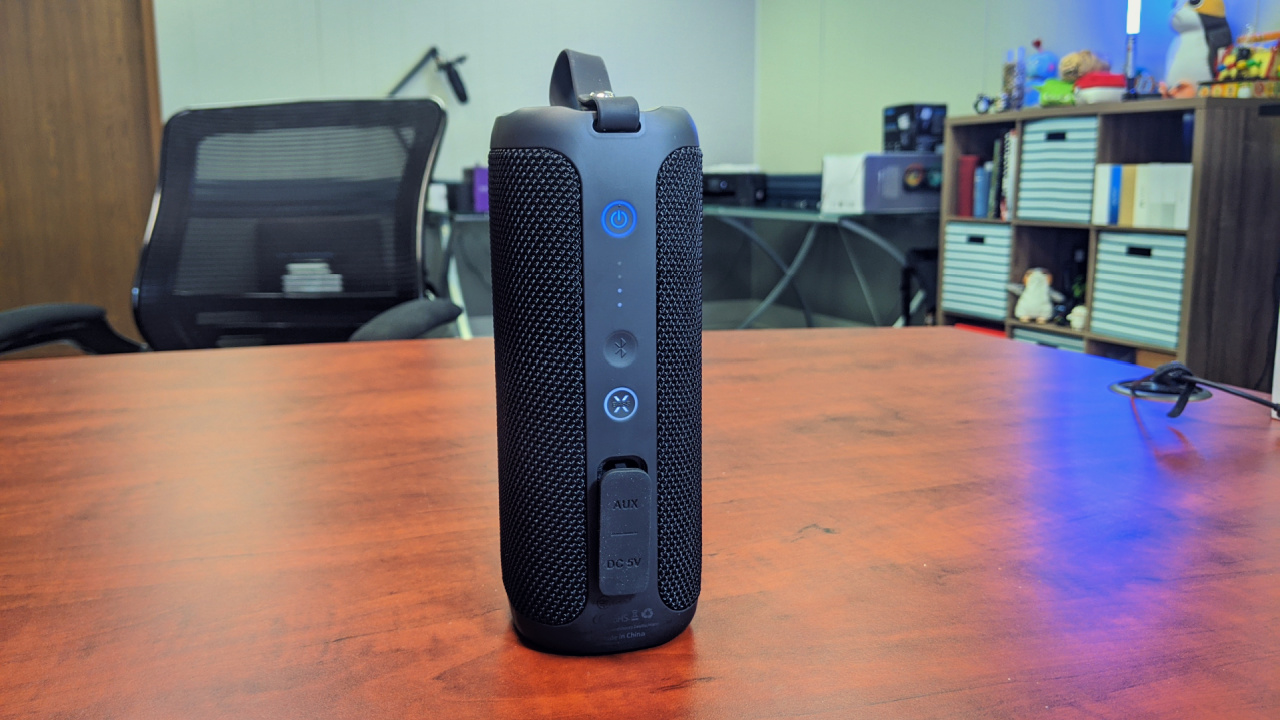 Bluetooth speakers come in a wide variety of shapes, sizes, and price points. To say that it’s easy to find something that works for you would likely be an understatement.

For every big-name branded speaker that you’ll encounter in your hunt, there also will be unknown companies competing for your attention and money. Take, for instance, Tribit.

Although it doesn’t have the same market presence as Ultimate Ears, it does have a growing portfolio of competing products with lower prices. Its StormBox speaker is one of the brand’s latest products and we’ve had a chance to check one out. 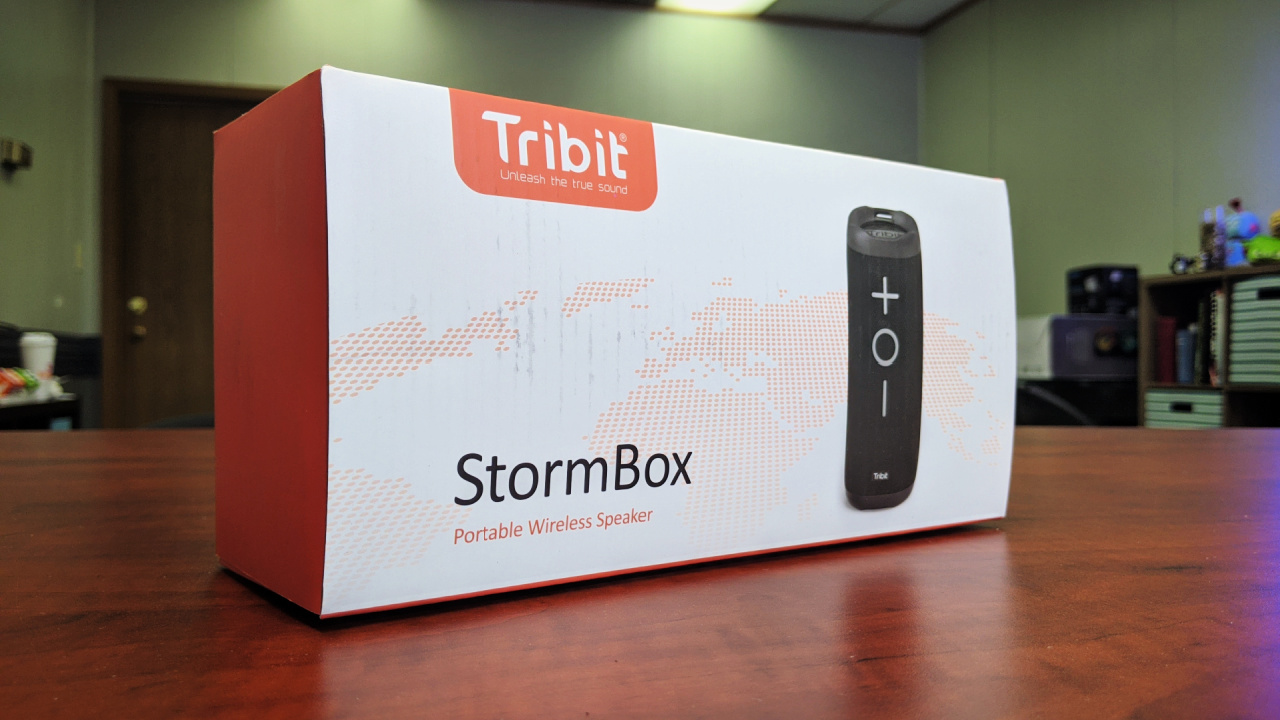 The Tribit StormBox is a cylindrical speaker that takes up about as much space as a large energy drink. Although its buttons lead you to believe there’s a specific front to it, the shape lends itself to a 360-degree sound.

Speaking of buttons, the StormBox keeps things simple. There are volume controls and a multi-function power/pairing button. Oh, and there’s also an XBass button that’s used to take sound to the next level.

The speaker has a hard mesh exterior and an IPX7 rating which means it’s built to withstand splashes and scrapes. At the top is a lanyard that makes it easy to carry or connect to a bag. Nice and portable, it weighs in around one pound total. 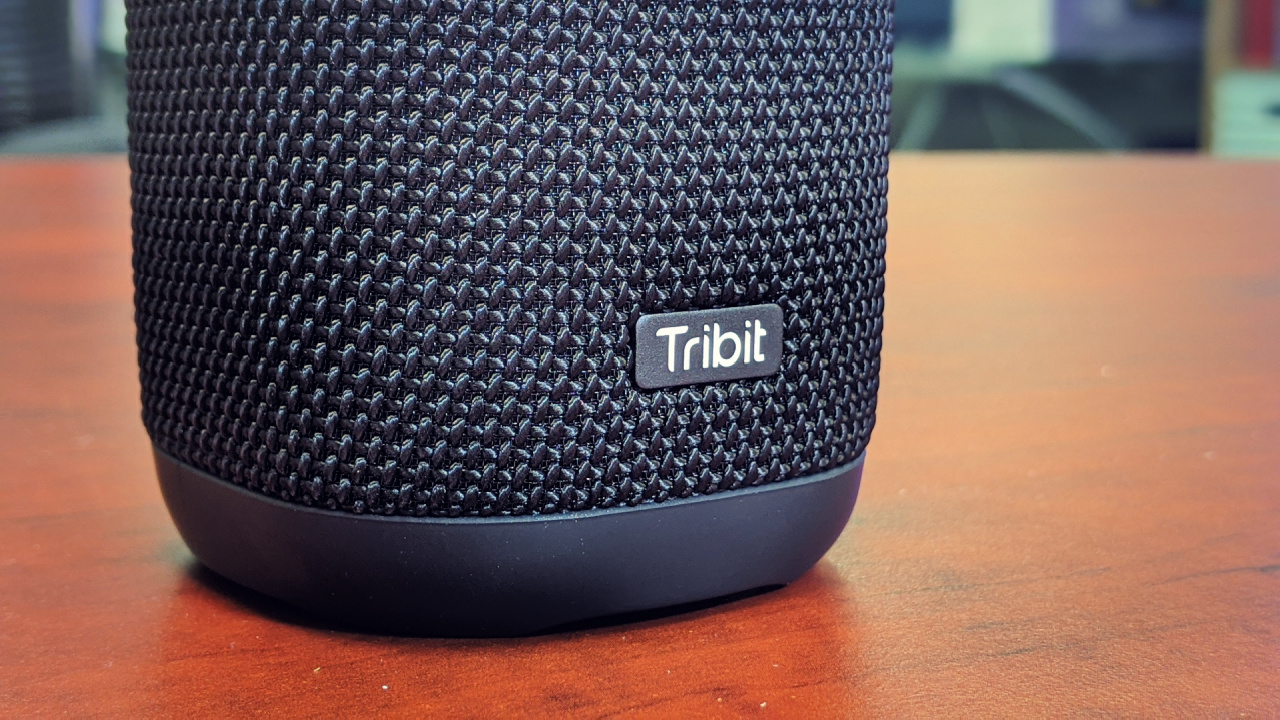 Although it pairs via Bluetooth, the StormBox also has a 3.5mm auxiliary input for directly connecting to audio sources. It, and the microUSB charging port are located under a protective rubber flap that keeps things dry.

Also worth noting, you can pair multiple StormBox speakers together to create a stereo sound. We did not have the chance to test the feature out.

There’s very little to mess with here as it’s more or less a case of powering on and holding down the pairing button. You don’t have to worry about any apps or phone settings. 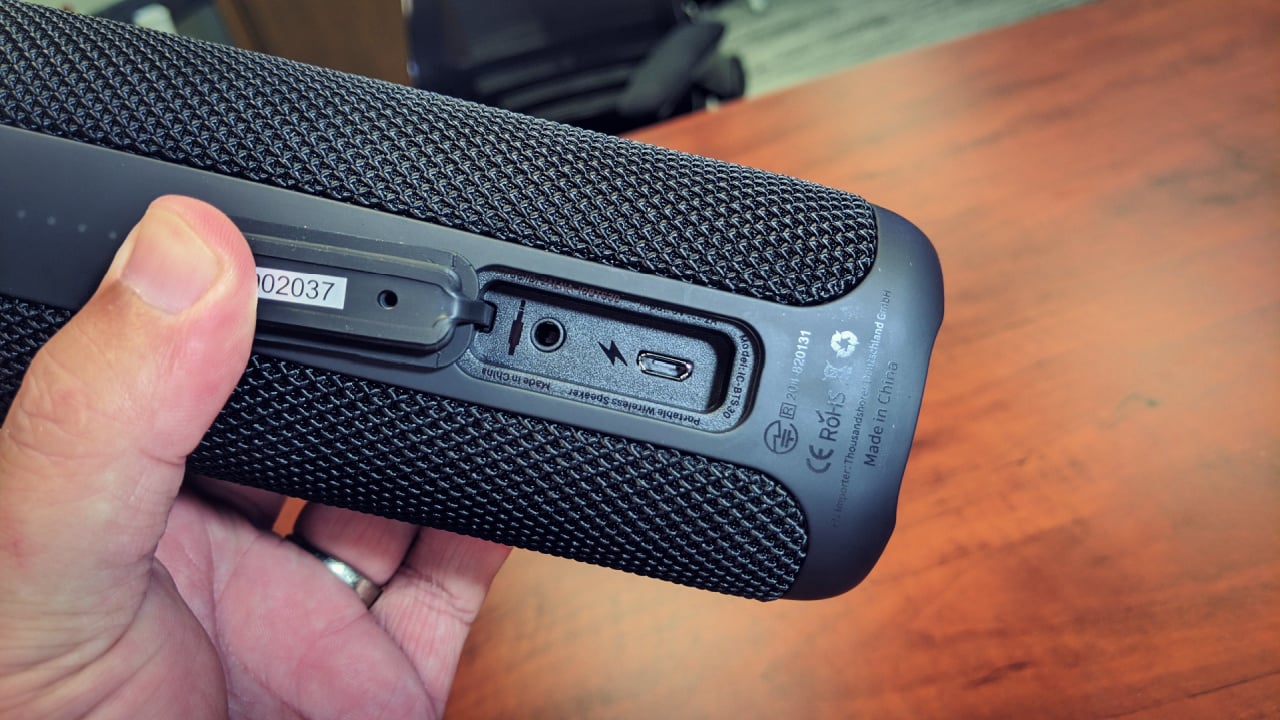 I was quite happy with how the speaker performed as it did everything it promised. The StormBox had no problem filling large rooms and open spaces. You could easily hear whatever was playing throughout any room.

The water-resistance worked pretty well. It was a bit muffled, but nothing drastic. Overall, I thought the speaker did really well underwater.

As for the special button, I didn’t feel that the XBass button had much effect. I wish it had been a bit stronger. 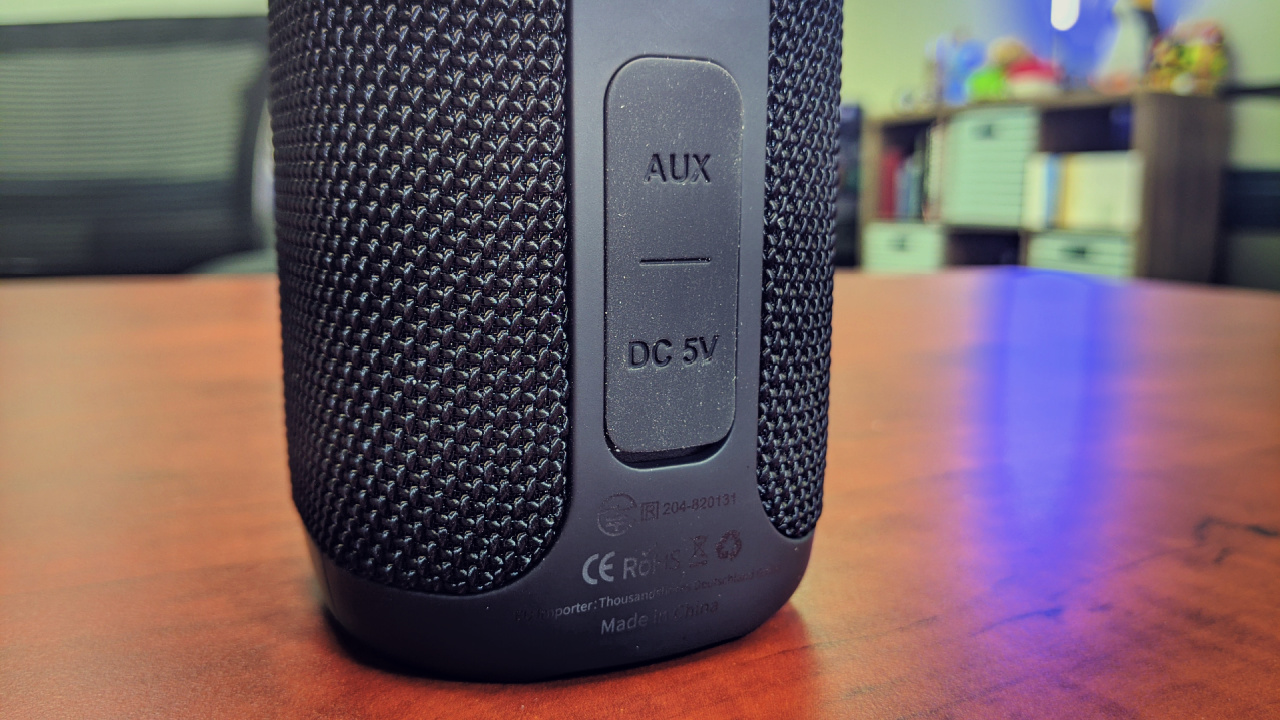 The battery life is reported to be twenty hours. I used it right out of the box and used it for about ten hours, and haven’t had to charge it yet. The manual includes a guide to figuring out the different functions, including how to understand your battery level. It isn’t very obvious, but there is a column of lights on the back that will give you a general idea.

One of the best selling points of the StormBox is that it comes with an 18-month warranty. Not only that, but you can extend it out to 30 months at no extra cost. This process is done online at Tribit’s website.

Given the affordable ($60) price, this is a great speaker option for people who might want something for around the home, office, or pool. It’s portable, sounds great, and has an excellent battery life.

The Tribit StormBox comes in a variety of color options, including blue, black, and red. Look for it at Tribit’s website and Amazon for about $60. 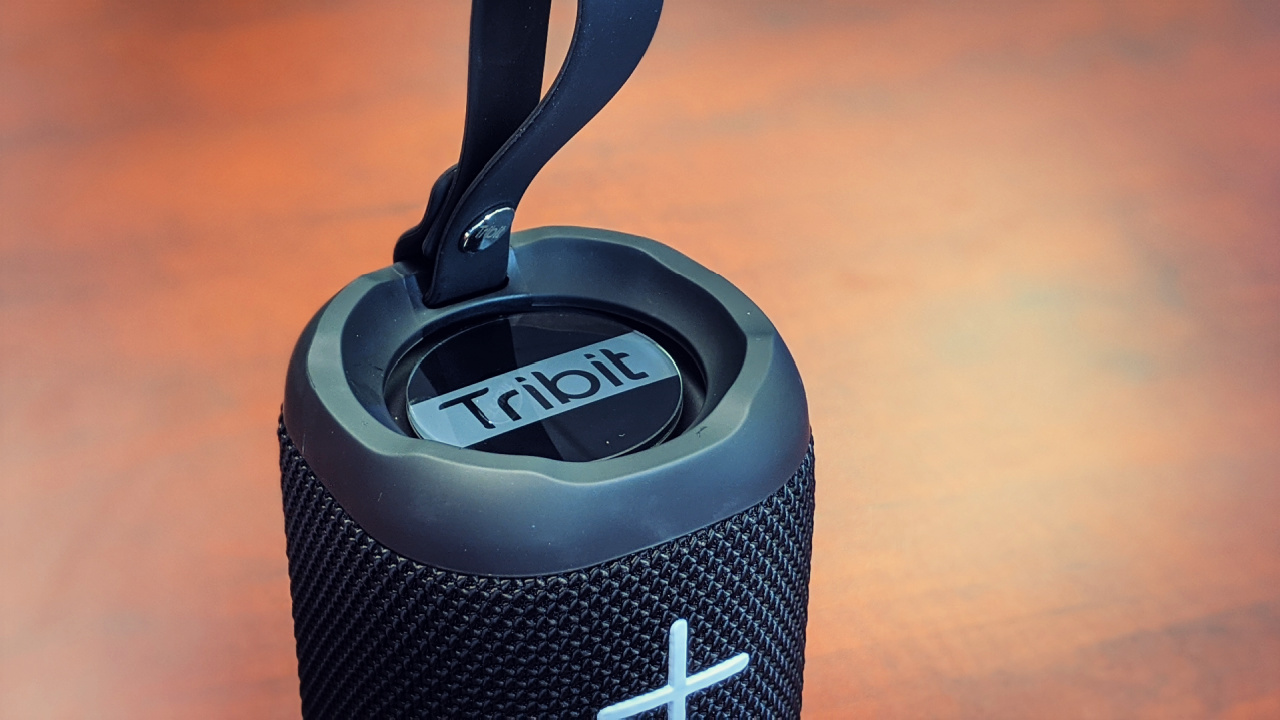