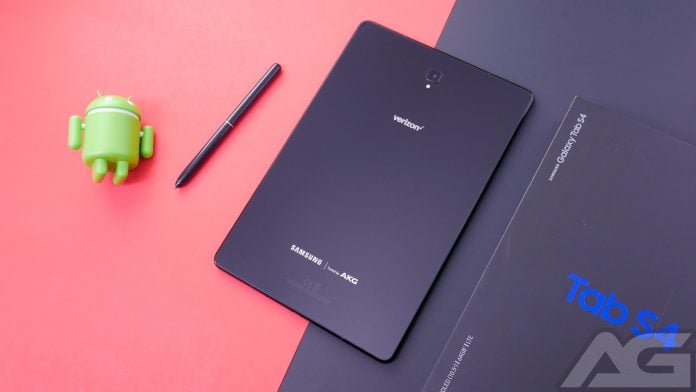 Over the years, as Apple has all but taken over the tablet landscape with Samsung being one of its biggest challengers. The Galaxy Tab S4 is the latest competition for the iPad from Samsung. Verizon has generously provided us with this review unit to see how Samsung’s sleek new tablet stacks up against the competition.

The Samsung Galaxy Tab S4 makes use of the glass sandwich design we’ve become familiar with over the past few years from premium devices. This design utilizes glass on the front and back of the device with a metal frame around the edge. It looks fancy and it sure feels high-end, but a glass back is not the most durable choice for a tablet.

Unlike its phone brethren, tablets are larger, heavier, and aren’t usually replaced as frequently. In this case, a large fragile glass back is just asking for trouble. Without an added layer of extra protection, you can expect tons of scratches to accumulate over the years and that’s if you don’t somehow crack it beforehand.

A perfect example of this is how my review unit already had a scratch on it when it arrived. That does not bode well for years of usage. To make matters worse, the Tab S4 doesn’t offer wireless charging providing one less justification to use glass on the back. 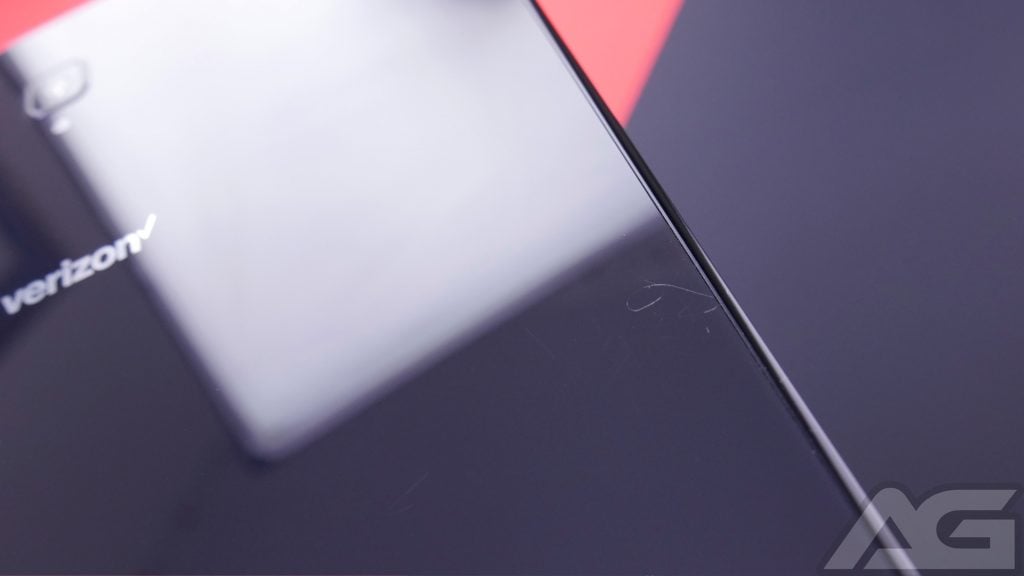 Despite my worries about the long term durability of the glass back, I must admit the glass offered a fantastic feel and provided a surface which was easy to grip. However, if I was keeping the tablet, I would have needed to add some sort of protection which would have negated the premium feel and nice grip.

Another qualm I have with the Galaxy Tab S4 design is Samsung’s decision to drop the fingerprint scanner. The fingerprint scanner provided a quick easily accessible way to secure your tablet. Whereas now you must rely on intelligent scan or the iris scanner. I’ve used both of these systems in the past on Samsung phones with great success.

Sadly, this was not the case with the Galaxy Tab S4. Intelligent scan was far less reliable on the tablet for me than it has been on Samsung phones. It constantly failed to unlock the device, forcing me to enter the PIN number nearly half of the time.

The iris scanner worked much better. However, it still required me to use two hands to lift a large tablet up to my face each and every time I wanted to unlock. In the end, I disabled all secure lock functions because it either took too much time or effort. Had Samsung included a fingerprint scanner it would have provided a much better experience. Even on their phones where facial and iris scanning works more reliably, I still prefer to use the fingerprint scanner.

Besides these two major issues, I was a big fan of the design and quality of the Samsung Galaxy Tab S4. I heralded the return of the 16:10 widescreen format that allows for viewing of media content with minimal black bars. The previous Tab S2 and S3 turned me off with their 4:3 aspect ratio resulting in larger more obnoxious black bars while watching videos, my main use for a tablet. 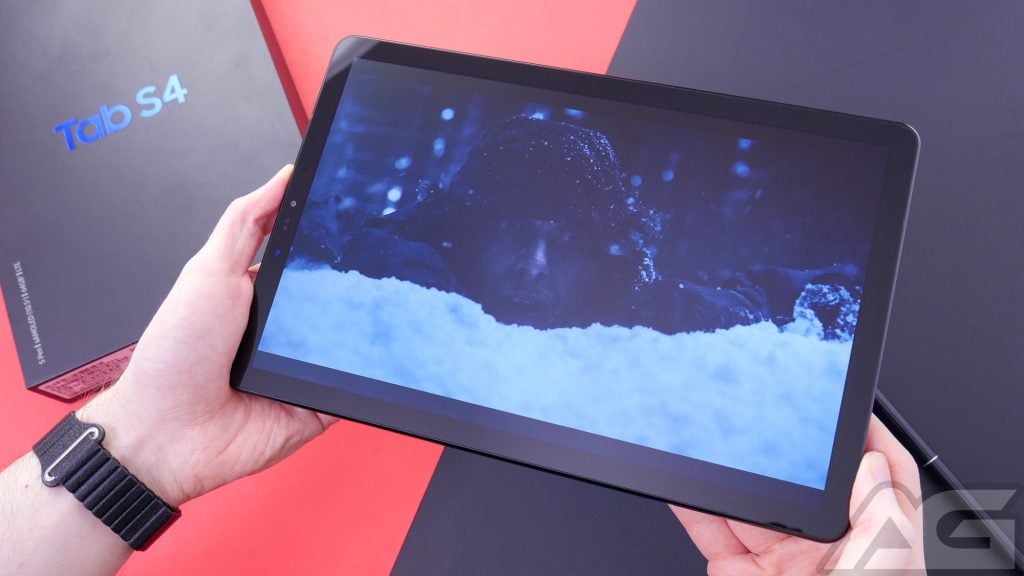 To further enhance your videos Samsung has packed a gorgeous 10.5-inch Super AMOLED screen with a 2560 x 1600 resolution screen. If there is one company that knows how to excel at displays, it is Samsung.

The exceptionally bright screen is paired with inky black darks and vibrant colors that offer a fantastic viewing experience. Samsung didn’t skimp on the audio either with four total speakers tuned by AKG with Dolby Atmos technology.

Watching movies and TV shows on this tablet will never disappoint. Between the beautiful screen and immersive audio, this ensures your movies will look just as amazing as they sound.

All the ports you could need

When it comes to I/O the Tab S4 has everything you need from a modern tablet. It includes a headphone jack, in case charging a pair of Bluetooth headphones just to watch movies on your tablet is something you don’t enjoy. There is also a USB-C charging port, pogo pins for an optional keyboard, and a nano-SIM tray with a microSD card slot.

From the company that created the Note series the S-Pen on the Tab S4 feels a bit like an afterthought, unfortunately. With no place to store the larger S-Pen in the tablet itself, I found myself leaving it on my desk and never taking advantage of it.

That is disappointing when Samsung already has a solution for storing the S-Pen in their smaller Note series of phones. An argument could be made that the larger S-Pen is more comfortable to hold and use, and that is a valid argument.

However, if I never have the pen with me because it is not stored in the device, then it is never going to be used period. In order to get any use from the S-Pen you’ll need to either buy a case with a holder for the pen or have a dedicated workspace with the pen always within reach.

When I did use the S-Pen it felt comfortable to draw with and offers some of the extra features you’d find on the Note phones. For example, creating gifs or live messages.

Samsung tends to gets a lot of hate from Android die-hards for their software skin and bloat they add to their devices. While others find the changes and added enhancements useful. Over the past couple of years, I’ve generally been fine using their software and grateful for many of the additional features. However, the software on the Samsung Tab S4 came up lacking in my opinion. 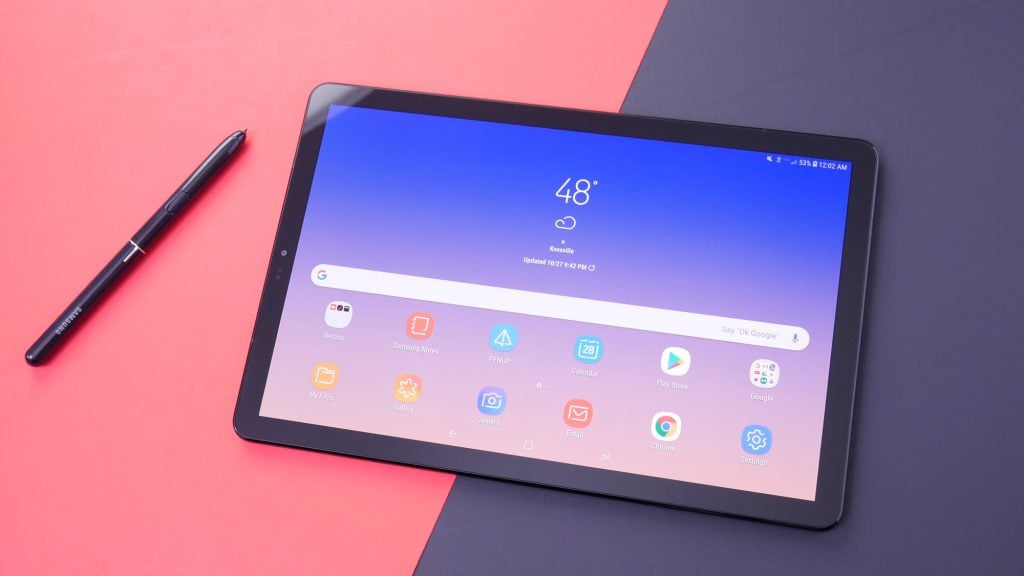 First of all, I was disappointed to find features I’ve become accustomed to on their flagship phones missing. For example, there was no option to lower the resolution to extend battery life. Video enhancer which enriches your video playback was also absent. A feature I assumed would be a no brainer for a media consumption device.

Even worse than the missing features were the software bugs I encountered. The most annoying of which was the screen turning off while I was actively using the tablet. I was never able to find the root of the problem, but I believe this was caused by me tilting the tablet from a well-lit area to a dark area. Possibly tricking the tablet into thinking it had been covered and putting the display to sleep. Whatever caused this was random, sporadic, and incredibly frustrating.

Another problem I encountered was the picture freezing in the Samsung Video app during my video loop battery rundown test. Even after completely closing out the app and starting the video again the picture stayed frozen on the screen with the audio playing in the background.

I was then forced to switch to another video player to complete the test. Granted this happened after it had been running for 10 hours and is not something most normal users will experience. Regardless, it happened both times I ran the test with different video files on two different Galaxy Tab S4 units.

In fact, all of these issues persisted across the two different units Verizon was kind enough to send out to guarantee it was not a hardware or software issue.

Dex is Samsung’s attempt at transforming the Tab S4 into more of a desktop or laptop environment. This is an important feature for many who love the portability of a tablet but still need an efficient way to get work done. Unfortunately, without the optional keyboard dock, I was unable to try this out.

Powered by a Snapdragon 835 and 4GB of RAM I found the performance to be more than acceptable on the Galaxy Tab S4. These are specs you would find on flagships from 2017 and are more than capable of keeping up with any tasks you want to run on a tablet.

I never encountered any sort of stuttering or noticeable lag during daily usage or while gaming. After benchmarking in AnTuTu the Tab S4 returned a respectable 200,908 and returned a score of 1797 in Single-Core and 6347 in Multi-Core performance from Geekbench.

Overall, if you have a more recent flagship this is all the more reason to use it over your tablet when taking photos. The results will undoubtedly be better and save you from being that “person” who uses their tablet to take photos.

The battery life on the Tab S4 did not disappoint. During my time spent using the tablet, I only needed to charge it once a week on average. This provided me with 6-7 hours of screen on time for browsing, gaming, and watching videos. 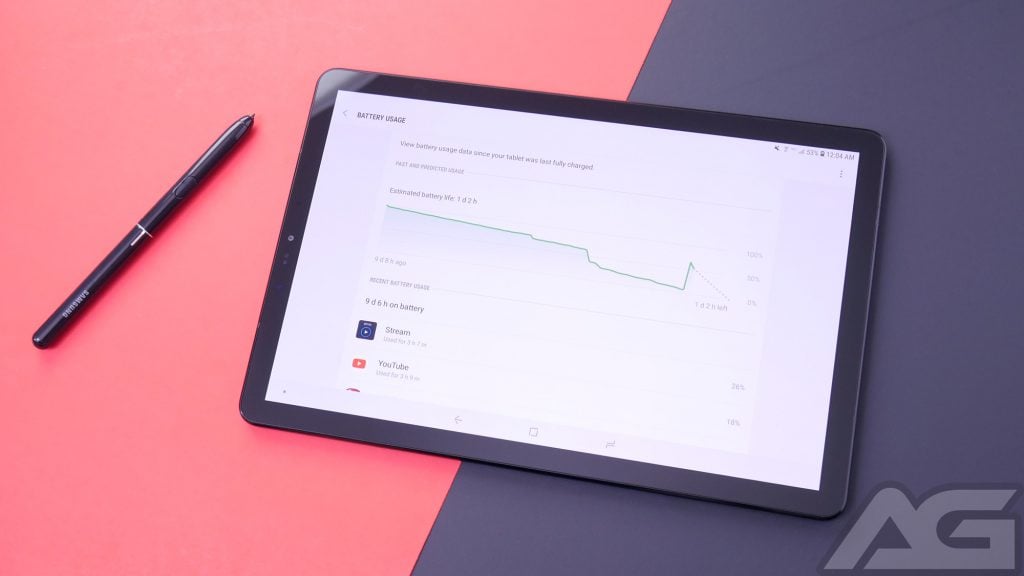 If you’re planning on using it for long flights or road trips the Galaxy Tab S4 has plenty of juice for that as well. In the course of my video loop battery rundown test, it was able to average 15-16 hours of screen on time with the brightness set manually to 30 percent. That should be plenty to get you through most trips and give you time to charge up after you arrive.

After not upgrading my tablet for several years, I was excited when Samsung announced the Galaxy Tab S4. On paper, this tablet has everything I’ve been waiting for. Between the gorgeous widescreen 10.5-inch display, modern specs, great battery life, microSD card slot, and the headphone jack I was ready to make this my next tablet.

Unfortunately, the actual experience of using the Tab S4 the past couple of months left a bad taste in my mouth. Questions of how well the glass back is going to hold up over the years combined with the buggy software experience left me disappointed.

While the durability of the device could be easily rectified with a case. The frustration of the software bugs I encountered made this a pass for me. If you’re interested in a high-end 10-inch Android tablet I’d suggest checking out our review of the Huawei MediaPad M5 instead.

Devices used in this review were provided by Verizon

Buy from Amazon Buy from Verizon 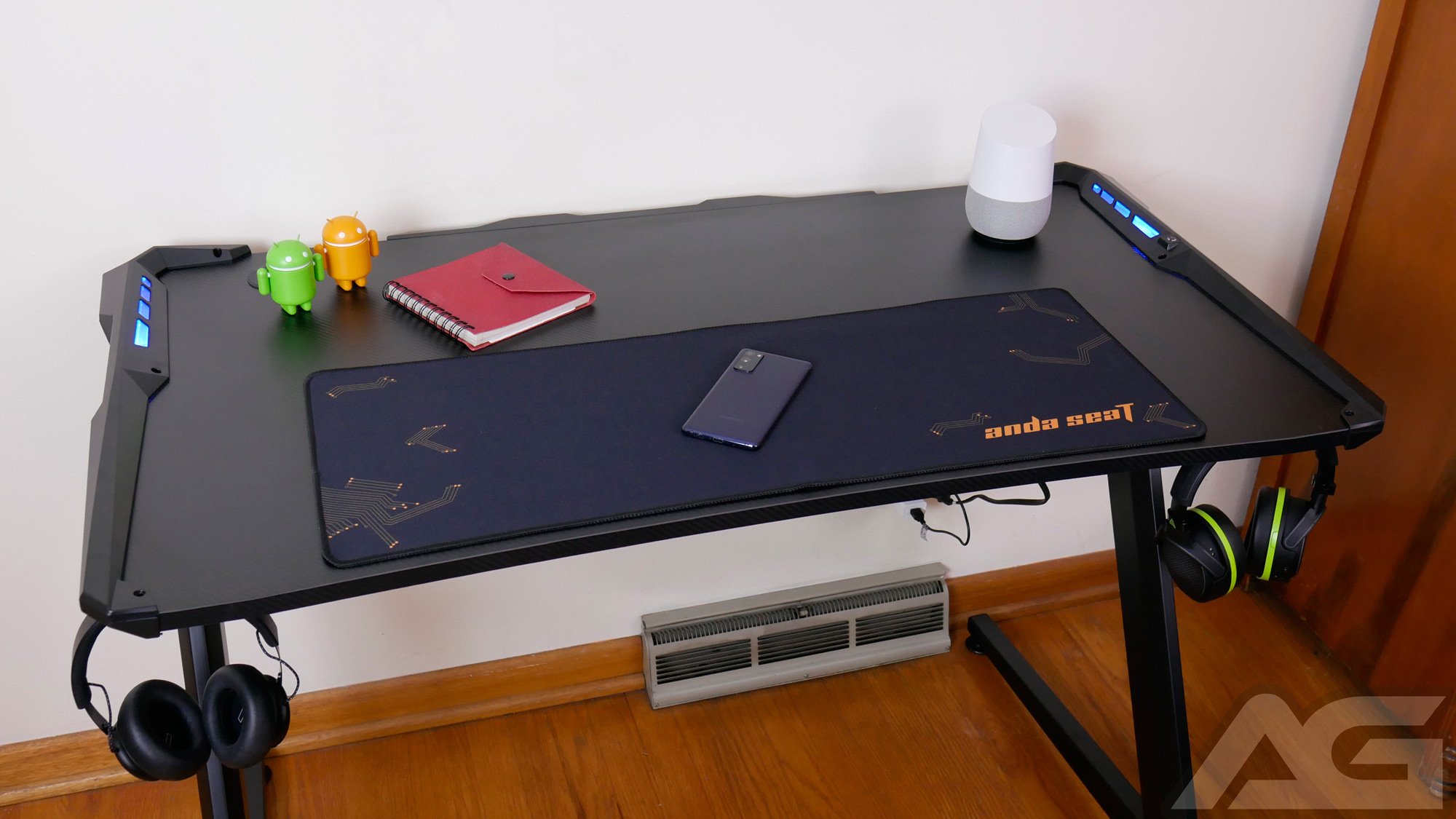