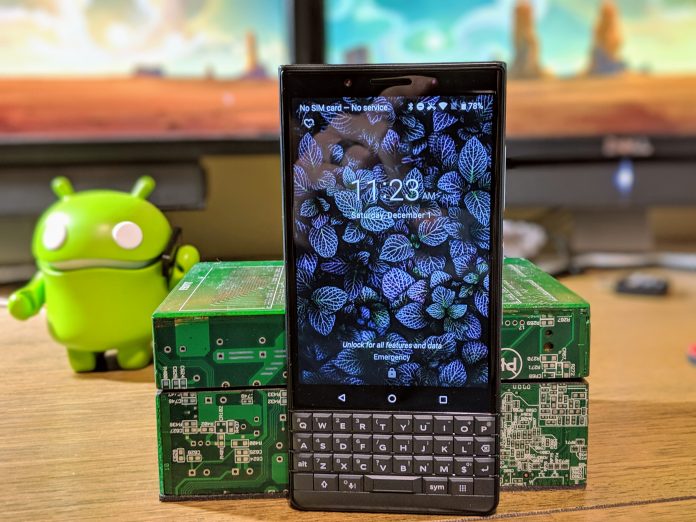 BlackBerry has found new life over the last 2 years under the close partnership with hardware maker TCL. During that time, we’ve seen two fan-favorite devices that return BlackBerry smartphones to its roots with full QWERTY keyboards: The KeyOne and the latest Key2. While they’ve both been well received, they were not exactly budget-friendly, but BlackBerry and TCL have set out to fix this with the BlackBerry Key2 LE.

Unfortunately, they may have missed the mark with the LE model. Let’s deep dive into the nitty-gritty in our official review.

Hardware can be overrated at times, but it has a lasting impact on how a phone is perceived. This is the main knock I have against the Key2 LE. The internals are OK. You’ll find a Snapdragon 630, 4GB of RAM, and 32GB of storage with expansion microSD.

The screen is the same 1620×1080 IPS panel found in the KeyOne and Key2. Around the right side, you still have volume rockers and the power key. One thing the company did move is the dedicated “Convenience Key” that can be mapped to launch a specific app or function via the Settings.

On the top, you have a 3.5mm headphone jack and the bottom is flanked be speaker grills and the USB-C port. The basic design layout is almost identical to that of the Key2.

They are all par for the course with the Key series lineup from BlackBerry. However, the overall feel of the phone isn’t great. Holding the Key2 LE doesn’t have the same results as the Key2 or the KeyOne. Those phones were tanks that scream premium materials.

The Key2 LE feels like a cheap toy. It’s super light in the hand and almost feels like a demo unit with no internals. BlackBerry has traditionally made superior hardware over the years, even on budget models, and the Key2 LE doesn’t match up. Especially, with the keyboard.

I’d wager that if you’re reading this review, it’s most likely because the Key2 LE has a physical keyboard design. Well, sorry. This keyboard is terrible. Really, BlackBerry should be ashamed of it.

The overall travel and feedback are extremely mushy. The plastics echo the same cheap feel of the rest of the phone. I also struggled to consistently type on it with keypresses not registering on a regular basis. As mentioned before, the main draw to these devices is the keyboard and the LE simply fails to make this compelling.

Speaking of compelling. One of the most unique features of the keyboards found on the KeyOne and Key2 didn’t even make the cut to be included on the LE and that’s bonkers! The other models offer a touch-enabled keyboard that allows you to use gestures on the actual keys to maneuver around fields much like a traditional trackpad on a laptop. It’s a really cool feature and a great selling point that I don’t understand being nixed on the Key2 LE.

BlackBerry is already intentionally hitting a niche market. By doing so, they should lean on the keyboard to lure customers. Removing the touch portion of the keys on the Key2 LE was a corner that shouldn’t have been cut. It’s an iconic feature of the lineup that deserves to be there. Even on the budget version. 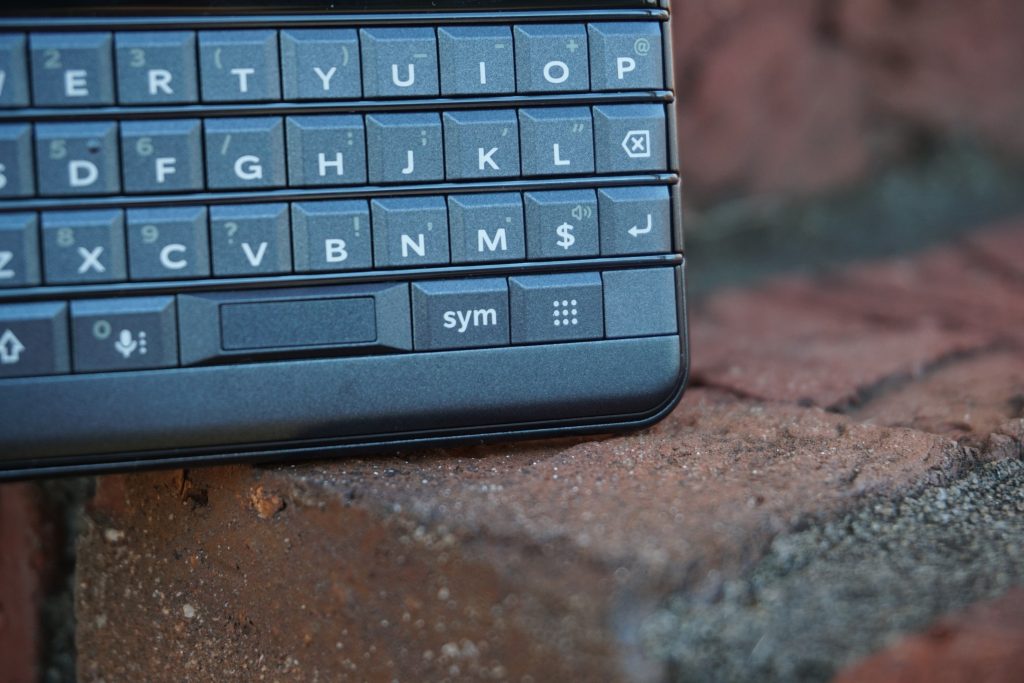 One positive addition is that of the “Speed Key.” You activate it by hitting the circle-grid in the bottom right plus the letter you assigned to a specific app. So, from anywhere in the operating system you can launch into your favorite apps with just two key presses. Having a dedicated key to add more keyboard shortcuts is a nice feature that I found myself using on the regular.

I was pleasantly surprised by the day to day performance of the Key2 LE. The Snapdragon 630 with 4GB of RAM is just enough juice to not show many hiccups while using the device. Transitions are good and apps launched as expected.

If you push the device with heavy apps like graphics intensive games, you may see it stutter, but most of the time, the Key2 LE performed admirably. The market that the price point is looking for will be more than happy with the daily usage.

Let’s just say that it has one. The Key2 LE takes very average photos for 2018. Images come out dull and washed out with little detail. You can take decent shots at times in really good lighting, but as soon as the illumination lowers the results struggle. It’s another corner that we often see cut on most budget phones and the Key2 LE fall in line with this trend.

The software on the Key2 LE could use some work. While I commend BlackBerry for trying to implement its app suite and the Hub, its just overkill on Android Oreo. The original Hub for BlackBerry 10 was awesome. It was the central notification center of the system and really had some new ideas like having Twitter and Facebook built into the Hub where you could respond without leaving the notification area.

Unfortunately, most of that integration is no longer there on the Android version, and honestly, it’s done better already in the default Android notification shade. The Hub just seems like a redundancy that’s no longer needed with Android. It duplicates the entire notification system again inside BlackBerry’s Hub. I would recommend that TCL and BlackBerry simply drop this development for what’s already available in the operating system.

I’m also over manufacturers making duplicate general apps. If I’m buying an Android phone, chances are that I’m already using Google Calendar and Contacts. I really don’t need another option on the Key2 LE. While it may be nice for the limited number of BlackBerry holdouts, I don’t think the average Android user is looking for another duplicate app suite to Google’s offerings.

This is one strong point for the BlackBerry Key2 LE. I have not had any issues going through my normal day with above average battery life. I even had a weekend where I made it through a second day until having the charge up. The combination of Snapdragon 630 with the 3000mAh battery makes for a powerhouse of a phone for users.

I think BlackBerry is correct in that they need a phone hitting the price point below the $700 Key2 proper. However, I don’t know if the Key2 LE is that device. The keyboard and overall build materials make me feel the Key2 model needs to stay at the premium level. At $450 unlocked, I’d be more pressed to point a buyer towards a more polished product from Motorola or Nokia. They have much better hardware at even cheaper prices. If you can afford another $100, I’d also totally recommend the OnePlus 6T.