American phone manufacturer Blu is back with another budget friendly device to entice those customers looking for a great unlocked option. The Vivo XL2 is the successor to the popular Vivo XL, which was released one year ago in January of 2016. This year Blu has given us an improved model that builds on the strengths of the Vivo XL and takes some chances with its software that will make users either love it or hate it. 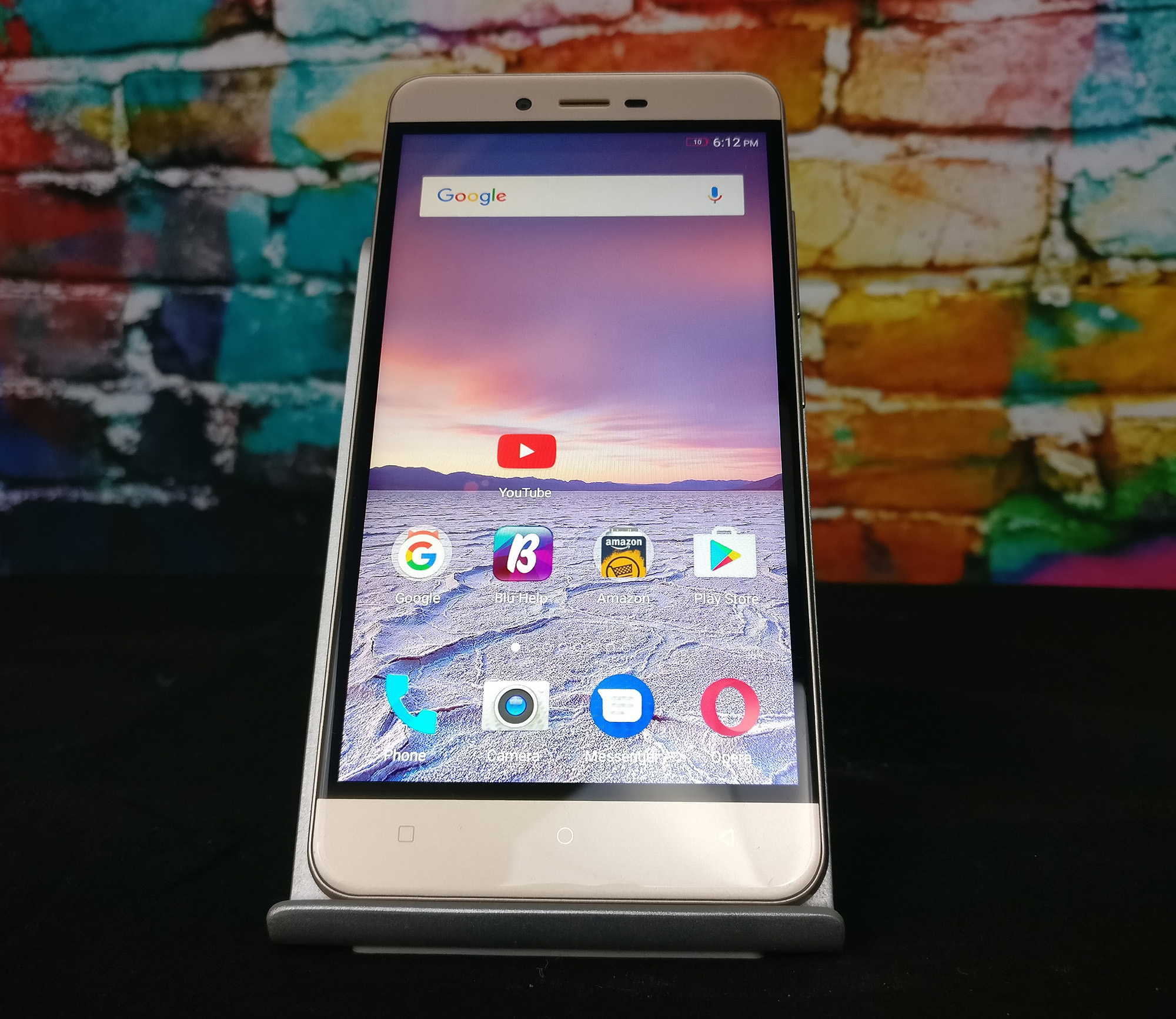 There’s very little offensive about the Blu Vivo XL2. The front of the phone looks like pretty much every other device out there right now with small bezels and hardware keys. The hardware keys, however, are hard to pinpoint unless in optimal lighting conditions. I tend to think this is a design choice by Blu, rather than an accident. The keys blend in (silver logos on a gold body) and don’t shift the focus away from the screen. Blu went the opposite route as Samsung’s super bright and in your face hardware keys.

The bottom of the device houses a microphone and an off-center microUSB port. It’s been awhile since I’ve seen an offset USB port or a microUSB port so I was not expecting either on a phone released in 2017, but here we are. The left side of the device holds the SIM/microSD card hybrid slot. You can use either one SIM and a microSD card or two SIM cards at the same time. Very convenient for frequent travelers. The right side of the device houses the power and volume rocker, and I must say the buttons are pleasingly responsive. 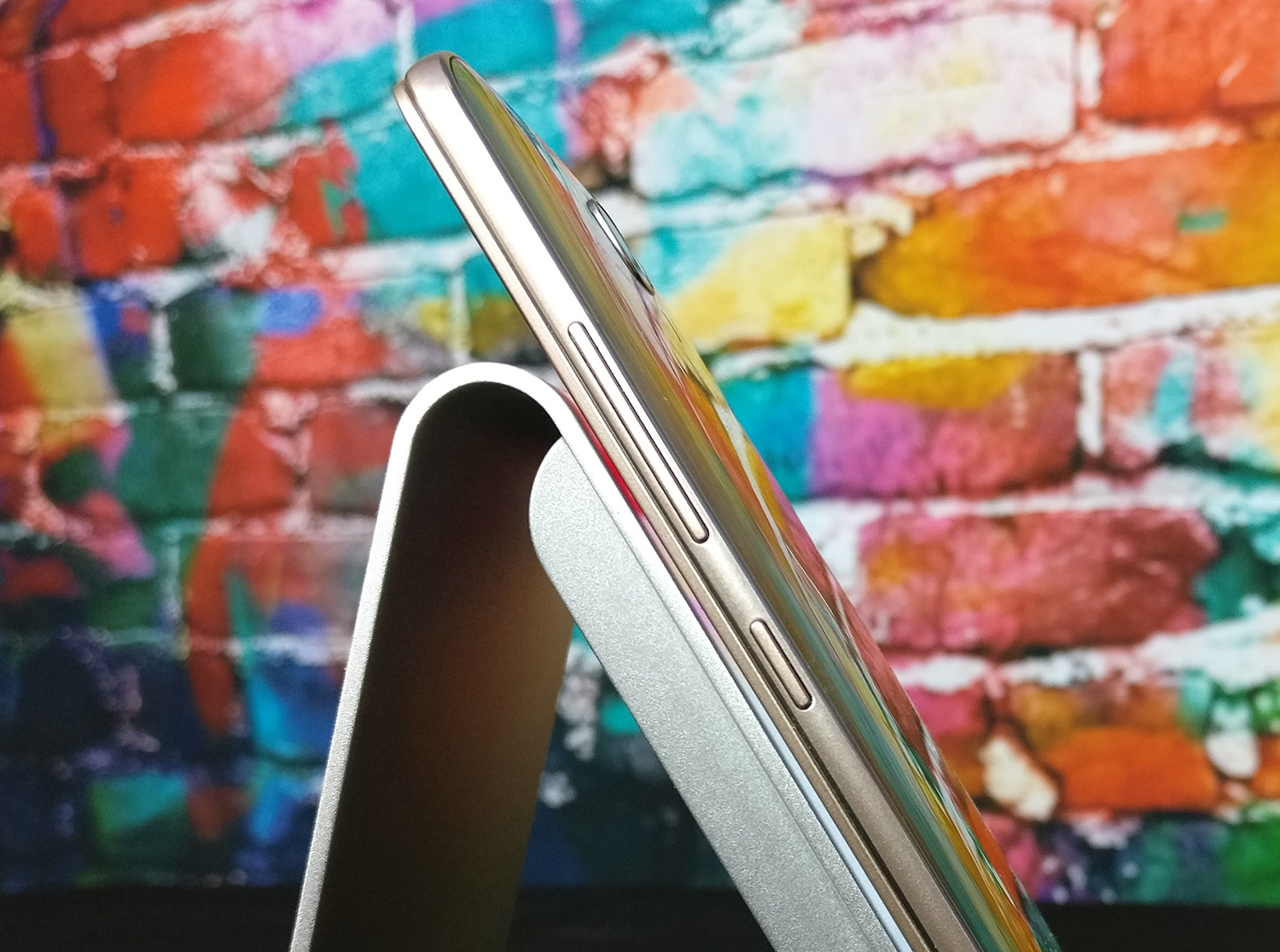 I really wish it didn’t need to be pointed out as a feature, but yes, Blu did include a 3.5mm headphone jack on the top of the device. Apple and Motorola have changed expectations for the mobile landscape by leaving out the headphone jack in their 2016 flagships and now I think we’ll see more companies following this worrying trend. Next to the headphone jack is an infrared blaster, which was a nice surprise.

My biggest gripe in the first few days of testing it out is the back of the phone. The slippery plastic rear cover doesn’t look or feel good. It’s a slippery fingerprint magnet that reminds me of phones released in 2013 or 2014. It will hold up well against drops and falls I’m sure, but Blu could have made another choice here while still keeping costs down.

The Vivo XL2 has a 5.5″ 720p display covered by Gorilla Glass 3. At a PPI (pixels-per-inch) of 267, it sits at the low end of recent smartphone releases, even budget devices like the Vivo XL2. Text can get a bit blurry if you’re zoomed in and very close to the device, but for every day viewing it’s fine. It’s by no means going against the best from Samsung or LG, but for a device being sold at a quarter of the price of those devices, you’re going to have to make some sacrifices.

I’m not overly impressed with the peak brightness. Indoors you’re probably fine, but once you step out into a sunny or even a partly sunny day, you’re going to be in trouble. In addition to the low max brightness, the display tends to shift towards a red temperature which is pretty unique, but entirely unwelcome. Whites and blues feel… off while reds, oranges, and yellows feel overexposed. Fortunately, if you care about color shifting, the display doesn’t shift too much when viewed at an angle.

Must like the rest of the device, the display isn’t offensive. It wouldn’t force me to buy another device, but it’s not stunning to look at either. The low resolution of the display will keep battery life reasonable and if you’re just looking at YouTube videos and pictures on social media, the coloring shouldn’t bother you too much.

Blu has made some interesting design choices with the Vivo XL2. While most of the stock Android apps remain and are the defaults (the exception being Opera instead of Chrome), we see some heavy changes in places like the lockscreen.

There are a ton of quick toggles on the left side of the lockscreen that slide out to quickly enter you into things like clickbait articles, a search bar, top stories, a media player, RSS feed, quick settings (like WiFi, audio settings, Bluetooth, a Selfie mode, and flashlight), weather, lockscreen games, and live wallpapers. The slide to unlock button can also be slide one of four ways to open up mail, camera, favorite apps, or go directly to the home screen.

The lockscreen isn’t an unwelcome choice, but it is a far departure from what you’d normally expect from an Android device. The settings app, however, is what you’d expect to see on most devices – but with a fresh coat of paint. Your list of settings are all here and in the places you’d expect. Scrolling through the list setting up the settings on the phone was a comfortable experience.

The Vivo XL2 ships with a “Carefree” launcher that is heavily customized from stock Android. Even core features like quick toggles are different- they’re brought up from a swipe up from the bottom of the display instead of living in the notification panel. The notification panel only houses notifications with no real customization.

One major feature that is noticeably absent is the app drawer on the Carefree launcher. A quick download of Nova or a launcher of your choice quickly fixes that. I hope OEMs understand that in 2017, removing the app drawer is a really dumb idea. Please, quit it.

I can see what Blu tried to do with its software here. Customizing it to what it believes the younger crowd will want isn’t entirely silly, but I believe that a better strategy would have been to stick with Stock Android and provide a low-cost alternative to the expensive Pixel devices. Nothing Blu did in the software is too much of a selling feature and I feel like it could have put its resources in better areas. 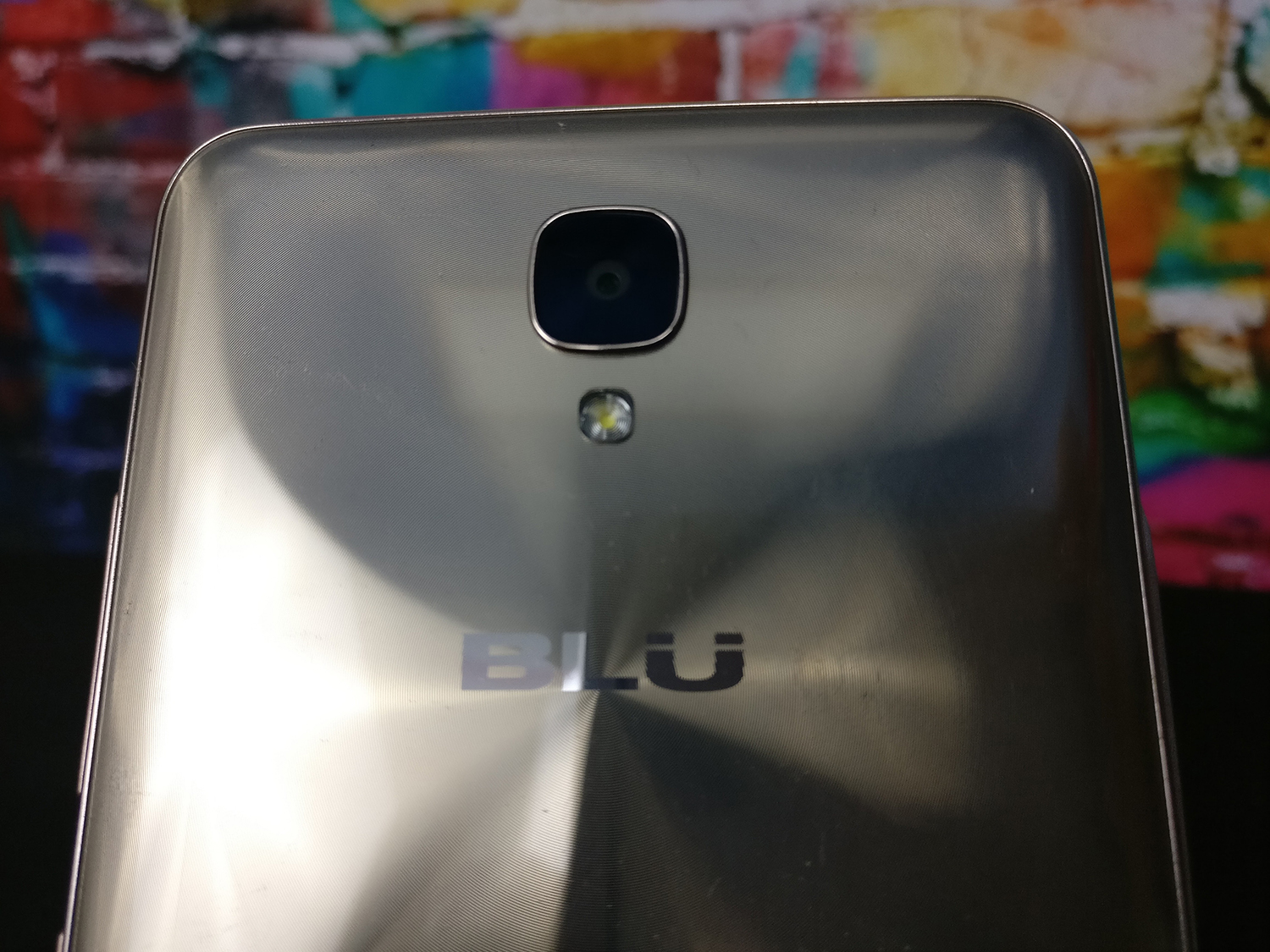 The Blu Vivo XL2 features a 13MP main camera and an 8MP front-facing camera. The rear camera features phase detection autofocus but I found that it didn’t seem to matter much.

Action shots routinely came out blurry and the action was generally missed by a slower-than-optimal shutter when using HDR mode. The HDR mode was almost a must as pictures regularly came out under exposed in low-light situations. Decently lit scenes led to shots suitable for social media uploading, but not much else.

The main camera is fine for a phone at this price point, but more expensive phones have much better cameras.

Blu has done a lot right here. The Vivo XL2’s solid body and small bezels will blend into the crowd of much more expensive phones. The battery cover on the back of the phone was my most disliked part of the physical design, but honestly, it’s fine. I don’t love it, but it keeps costs down enough for Blu to offer this at a pretty competitive price and it should stand up fine to falls.

We say it all the time, but cheap phones are getting better every day. The Vivo XL2 is another excellent example of that. The phone is more than the sum of its parts because it brings together some good ideas. I’m not in love with the software, but I can see how some would be. It offers some smart ideas that aren’t for me, but increase the functionality of the phone.

The launcher, in my opinion, is a big gamble. It’s the most used part of the software and Blu made some big changes from other phones it has released in recent years. I may sound a bit like a broken record, but I do believe Stock Android offers the simplicity and functionality that should be the standard on phones. Now, don’t get me wrong- I do like some launchers that ship on phones from other OEMs (OnePlus, Samsung, and Sony notably), but I just don’t know if this is the way Blu should go in the future.

The camera is good enough for your everyday Facebook and Instagram pictures, but it’s otherwise a bit of a disappointment. I thought we had come further with camera technology than to have such a disappointing experience in 2017 with a smartphone camera, but maybe Blu can fix it with an update down the road. The camera app that ships with the device is perfectly fine, it’s just the results from the processing of those pictures that leaves a little to be desired.

If you have a kid looking for their first smartphone, a parent looking to upgrade from a flip phone, or you just want a backup then I think this phone is a great choice. It won’t replace anyone’s daily driver if they’ve already had a smartphone, but it’s a great starter phone.