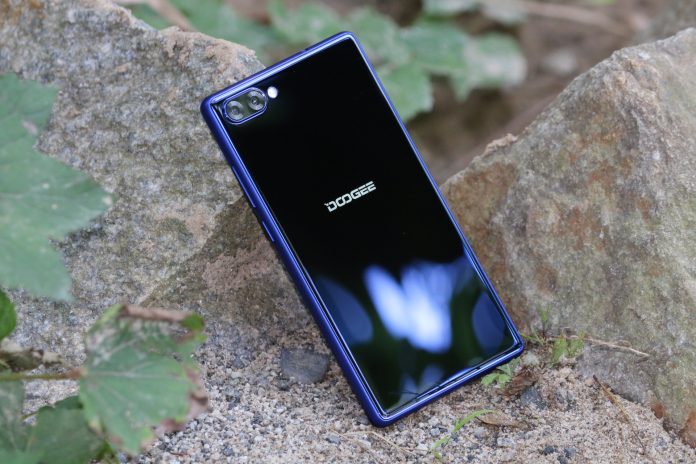 Unless you were living under a rock, you probably noticed that many different OEM’s adopted the bezel-less display trend. These included the likes of LG, Samsung, HTC, Google, and even Apple.

However, the tale of bezel-less smartphones dates back further, with lesser-known devices being released with these types of displays in 2016. One such OEM was Doogee, who was practically unknown until the Doogee Mix was announced.

This device looked similar to Xiaomi Mi MIX which has a big chin, but almost no bezels around the rest of the device. Today, we’re going to take a look at the Doogee Mix and whether it’s really a device to be considered.

Before we get started, there’s a rather large disclaimer that needs to be shared regarding the Mix. Considering the fact that this device was never intended to launch in the US, the Mix lacks the necessary LTE bands and won’t even work with T-Mobile at all. Leaving AT&T’s 3G network as the only possible option if you wanted to pick up this phone. 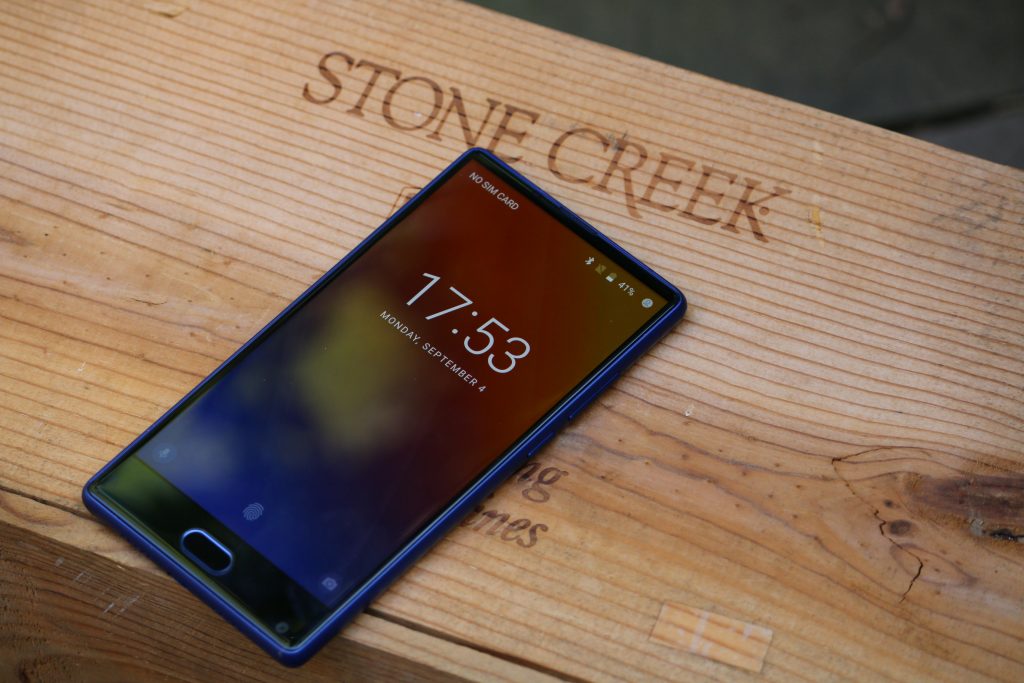 Now that we got the rough part out of the way already, let’s take a look at what the Doogee Mix has to offer in the specs department.

On paper, you would think that the Doogee Mix should be in the hands of so many people as a true competitor to Motorola’s G5 Plus lineup. This is also true when it comes to the overall design of the Mix.

When you take the Mix out of the box, you’ll automatically notice the gorgeous display that you have at your fingertips. The gorgeous 5.5-inch display jumps right out at you, along with that rather bothersome chin which is home to the fingerprint scanner and the front-facing camera.

Holding the Mix, however, is such a pleasure. As with many devices nowadays, you have an aluminum frame sandwiched between two pieces of glass. This is another trend that Doogee jumped on, and for good reason – the Mix looks absolutely amazing. 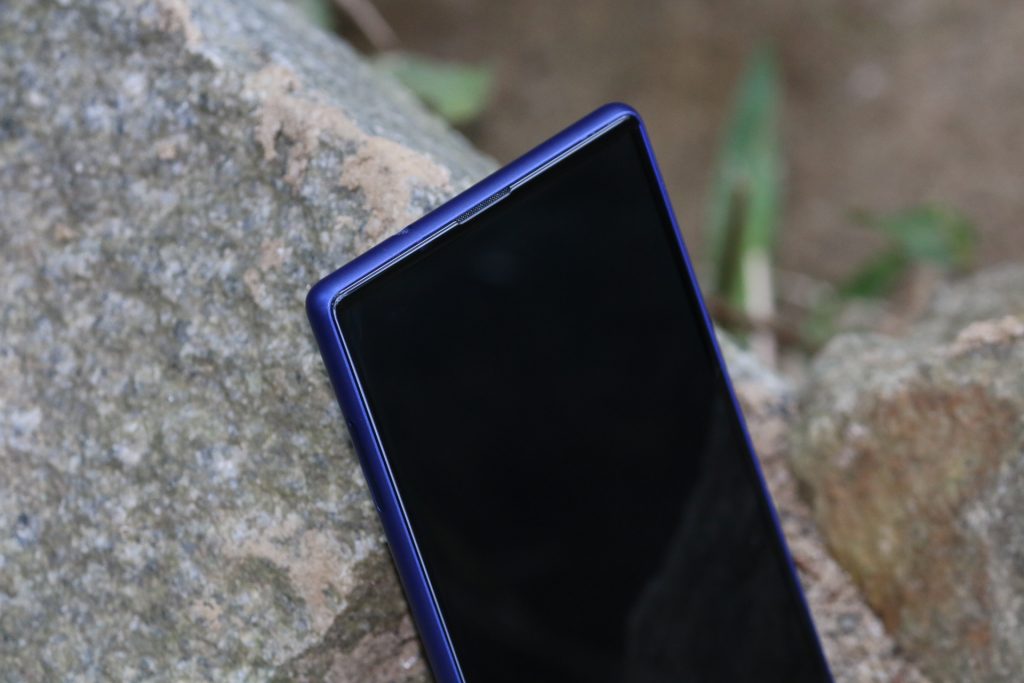 Above that 5.5-inch display, you’ll find a very small earpiece which is obviously used for phone calls, while the fingerprint scanner rests on the aforementioned chin. In the bottom right-hand corner, you’ll find the 5MP selfie camera, which may take some getting used to when you start using it.

On the bottom, you’ll find our first disappointment – microUSB. Sure, Doogee isn’t Samsung or Xiaomi by any means, but microUSB charging is a thing of the past and is rather upsetting to see here on the Doogee Mix. Flanked on either side of the charging port are bottom-firing speakers and the microphone for calls. 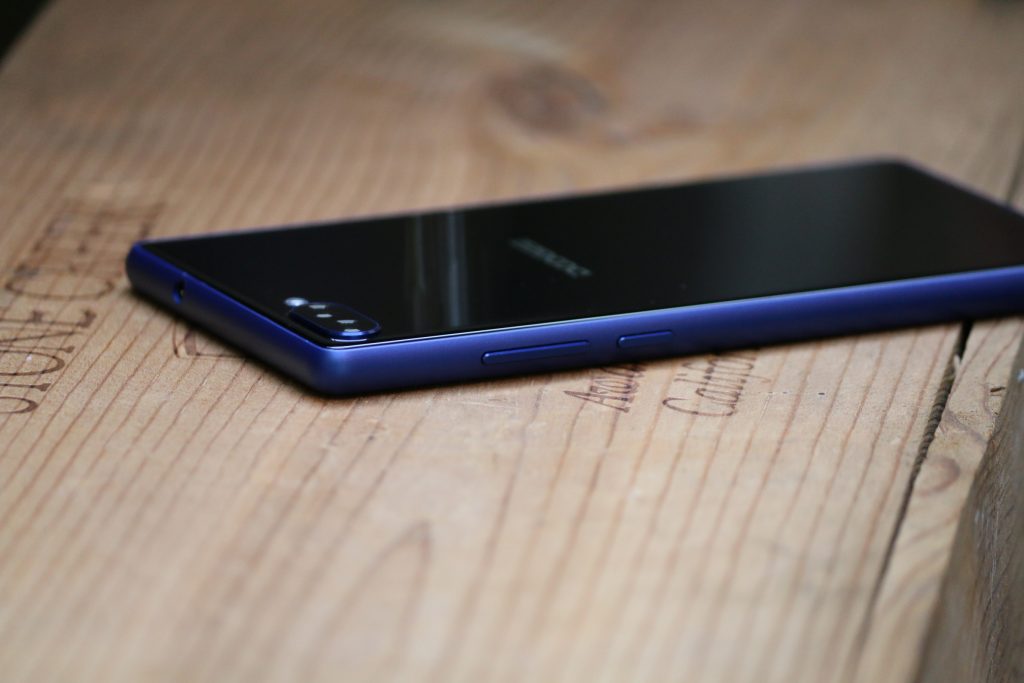 Moving to the right side of the Mix, you have your volume rocker placed closer to the top of the phone, with the power button placed right below. When holding the Mix in your right hand, the power button rests perfectly where your thumb holds the phone. This could be an annoyance for some, but it was a welcome design decision for myself.

On the top of the Mix, you’ll find a 3.5mm headphone jack – yes, you can use your trusty ole’ headphones with this one. Then on the left side, there aren’t any buttons to worry about here, but you will find the dual-SIM card slot, which can also be used to house your microSD card. 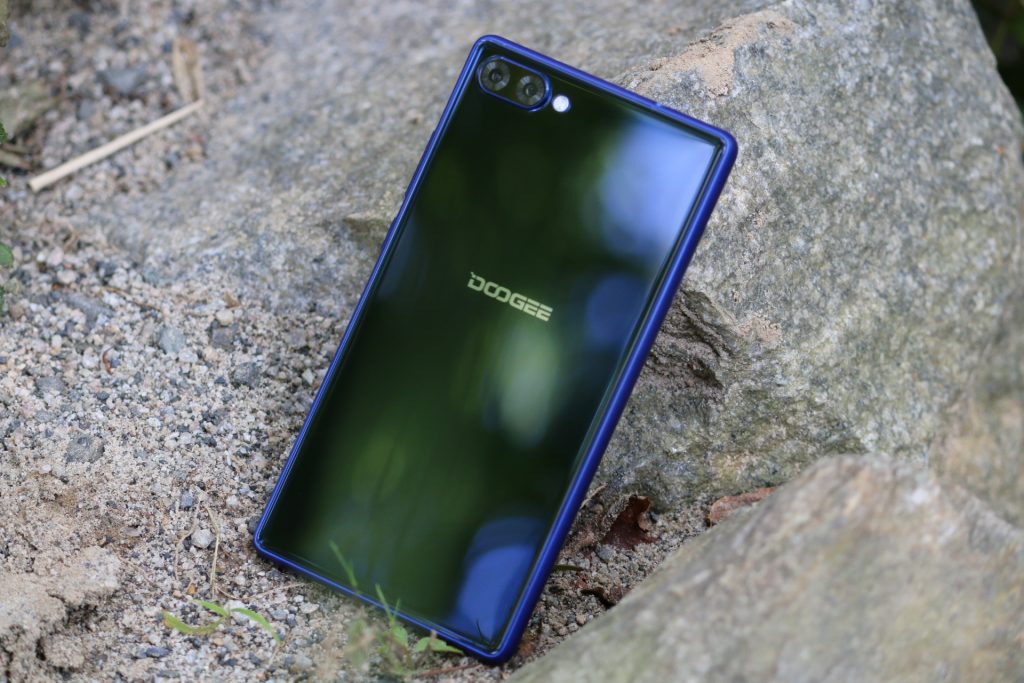 Finally, looking at the rear panel, you’ll see the Doogee logo placed directly in the middle, with the dual camera module placed in the top left-hand corner. This module includes a primary 16MP sensor and a random 8MP sensor that we’ll touch more on later. Placed to the right of these sensors is your LED flash to keep the subject bright when you need them to be.

Out of the box, the Doogee Mix is running Android 7.0 Nougat, and after a few updates, the Mix now includes the November Android security patch. This was something that I was pleasantly surprised about, considering the fact that other, larger, OEM’s can’t seem to get this update cycle right and leave their users vulnerable for months.

Since this phone comes out of China, you can expect to see a skin overlay on top of Android and that’s the case here. DoogeeOS version 2.0 is available on the Mix and offers a few different ways to customize your device, but thanks to issues with the Doogee Store, I haven’t really tinkered with this.

For reference, the version of the Mix that we’re taking a look at today is the 6GB/64GB model. When it comes to gaming, there have been very few stutters, even when playing graphics-intensive games such as Riptide GP. Other, less demanding games, perform perfectly, and you wouldn’t even be able to tell you’re dealing with a MediaTek processor.

In day-to-day usage, I also found little issues when performing various tasks, save for the occasional hiccup when trying to switch between apps at a rapid pace. Other than that, the Mix performed as well, if not better, than the Moto Z2 Play that I have hanging around my house. 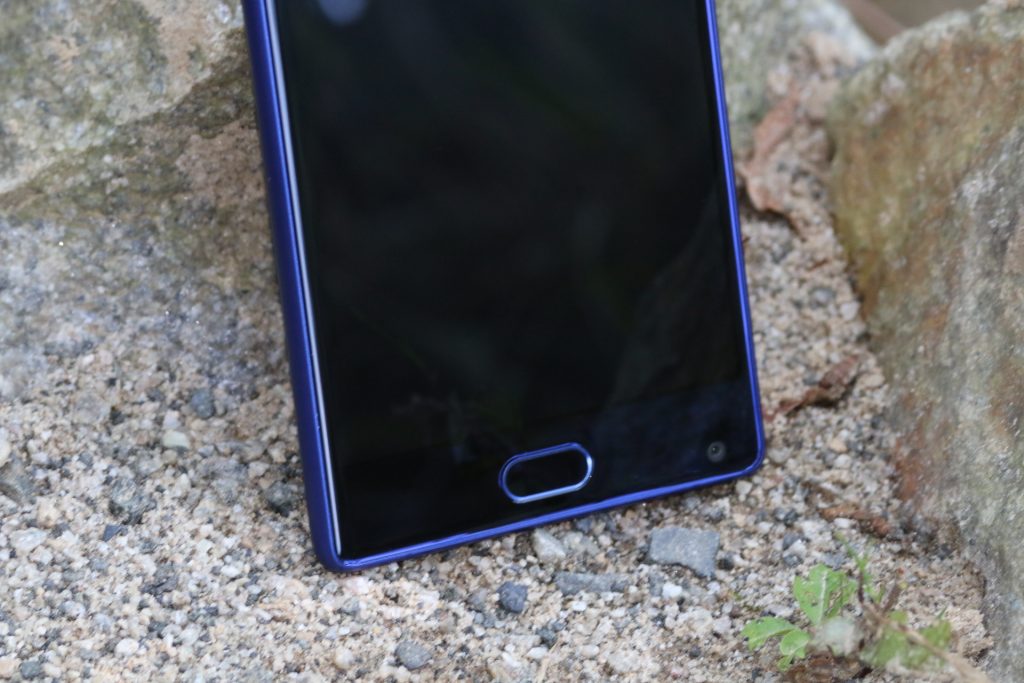 The biggest complaint that I had about using the Mix and its interface was the fingerprint scanner. For some reason, there would be days where I would not register a single missed scan. However, there were other days where I had to try and try and try to get the scanner to read my fingerprints, to no avail. This device is no Pixel or Galaxy S8, and this is part of where you see the “budget” moniker come into play.

We would be remiss with mentioning something about the battery, but considering the fact that the Mix is stuck on AT&T’s 3G network, there’s not much to brag about here. If you have no plans to use this phone for anything more than a portable gaming device or an iPod of sorts, then you’ll be more than satisfied.

The Doogee Mix was able to get me through a couple of days with usage, even with some extended gaming sessions. Of course, since the device was never looking for a network to join, this number has been admittedly skewed, and your mileage may vary if you intend to pop-in a SIM card. 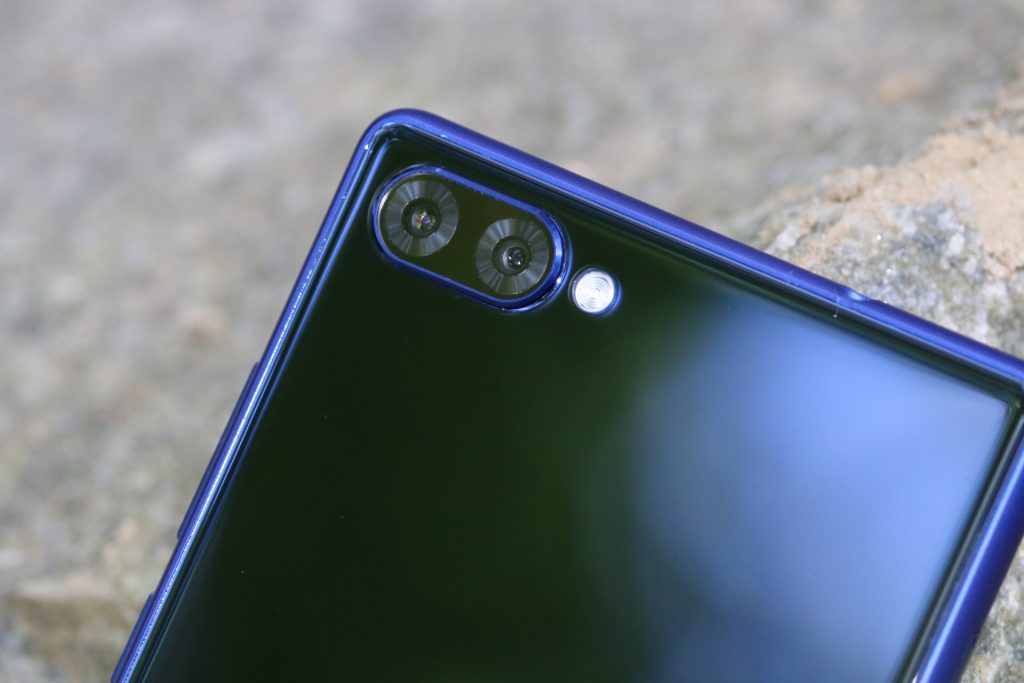 Let’s just get this out of the way – the camera on the Doogee Mix is not very good. It seems as the secondary camera is there plainly for aesthetics and does not actually provide anything of substance.

When opening the camera application, you’ll notice a lot of different “features” and shooting modes. One of which is “Blur” which supposedly uses the secondary sensor to provide a portrait mode of sorts, but there was zero consistency and I often found the “blurred portion” to not make much sense.

We aren’t sure how much work the software is doing here, but I would have to say that it’s a fair bit. This assumption is in part due to how long it takes for the Mix to process an image taken with the “Blur” mode enabled.

When you aren’t trying to get fancy and just want to take a regular picture, the Mix performs just fine. There’s nothing ground-breaking here – just a budget camera that can take “ok” shots. But if you want to dive deeper, you’ll learn that you can take 4K videos, while also tinkering with the plethora of pre-installed shooting modes.

Speaking of shooting modes, there’s even a “Pro Mode” for those who want to be able to tweak every aspect of their pictures. If you’re well-versed in using the more in-depth settings, then you may actually be able to get some pretty good shots out of the Doogee Mix. Looking past the lack of necessary LTE bands for those of us here in the States, then the Doogee Mix is actually something that I could see myself recommending. For less than $200, this is a steal, and that price is for a device that comes equipped with 6GB of RAM and 64GB of expandable storage.

I can’t stress enough how much it hurts to not be able to use this device as my daily driver due to the lack of LTE. However, if I ever travel overseas, I’ll probably be throwing this in my bag to see how well it does.

All-in-all, we just can’t recommend the Doogee Mix for anything other than a portable media player or gaming device. If you’re always connected to Wi-Fi it will do great, but if you want to pop a SIM card in it, you’ll be limited to AT&T’s 3G network. For those reasons, we’ll have to tell you to pass on this one.