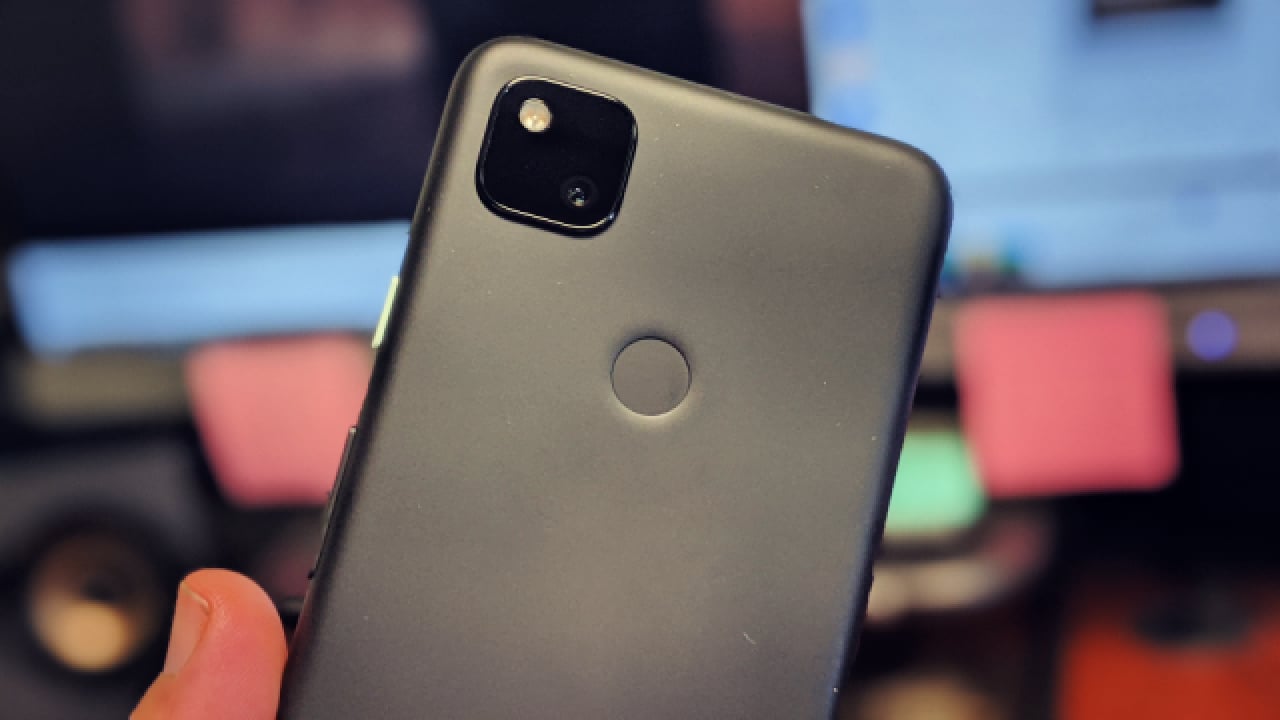 Much of the money spent advertising smartphones typically centers around flagships, and that makes sense for the most part. It’s the bleeding-edge tech, heavy with hardware and coupled with the latest software. It’s big sexy designs with curves and gorgeous colors.

On the opposite end of the spectrum are low end phones which typically come with more generic designs. They’re not as flashy, tend to cut corners, and tend to run just a little behind in terms of software. The thing is, though, this is where a huge swath of buyers reside.

Somewhere in the middle is Google’s Pixel “a” series. What began in 2019 with the Pixel 3a, we see continued in 2020 with the Pixel 4a. That is to say a moderately powerful phone with up-to-the-minute software. And then there’s also the incredible camera experience, too. 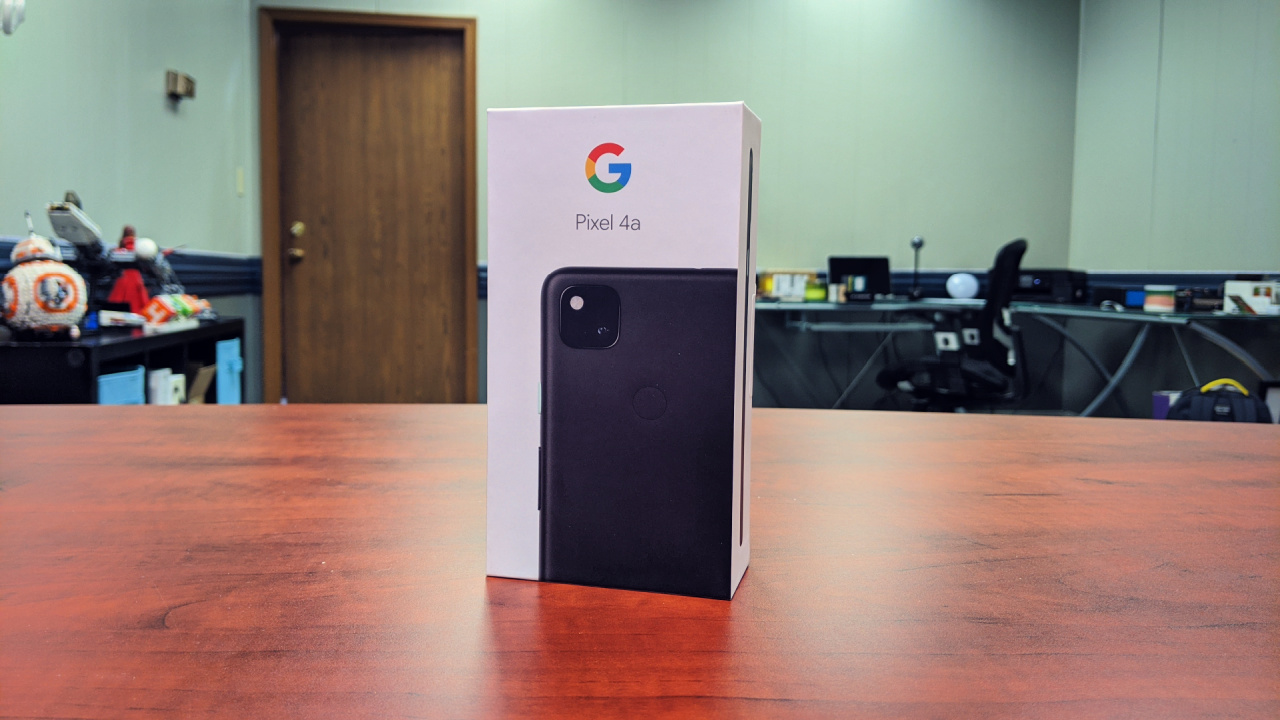 After having spent the last few weeks living with the Pixel 4a as my daily driver, I am happy to put forth my review of the device.

As someone who has used the Pixel 3a as my main phone for the last 15 months, making the transition was seamless. See, I’m more of a casual phone user who cares more about having a great camera than playing games. Not that I don’t have a few favorites, mind you.

While I can certainly appreciate how awesome a phone like the OnePlus 8 Pro is, there is hardware that largely goes untested. I don’t need that much RAM or processing power, but I do like having it.

Similarly, I can see how less powerful hardware matters in day-to-day usage. Apps and games are slower to open and they’ll start to close on you in the background. Get too many Chrome tabs open and your browser feels sluggish.

The Pixel 4a ($350) is all the phone I will need for the next year or more. I’d venture to say it’s more than enough phone for a huge segment of the market.

Google’s stock Android software experience has been my preferred user interface ever since the Nexus One launched back in 2010. It’s come an incredibly long way over the decade and has folded in tons of great features, but it continues to be the benchmark for clean, clutter-free software. Having spent a few years living with various Nexus and Pixel phones I know what I am getting as it pertains to updates. Whether that’s major annual software releases or monthly patches and fixes, it’s consistent and timely. You can’t ask for more than that.

One feature that I do miss in the Pixel 4a that was present in its predecessor is the Active Edge. Being able to squeeze the sides of my phone for a quick Google search or to activate Google Assistant was one of those things I never expected to use. In fact, I thought it was a wasted feature when it was first announced. Alas, here I am a few years later, missing it. Nevertheless, there are other ways to activate or trigger Google Assistant.

The design for the Pixel 4a is similar to last year’s model but the rear camera is different enough to quickly tell the two apart. It, like the standard Pixel 4, has a square in the top left corner, but doesn’t have the secondary telephoto lens. More on that later.

One of the first things we tend to do with our phones is tuck them away in a protective case. It’s unfortunate that we might spend upwards of $1,000 on a phone with some gorgeous glass or metal materials only to cover it in plastic or fabric.

I want to knock the Pixel 4a for being bland and utilitarian looking, but I can’t. I mean, in all fairness the black design is rather uninspiring but none of that matters with a case on the phone. 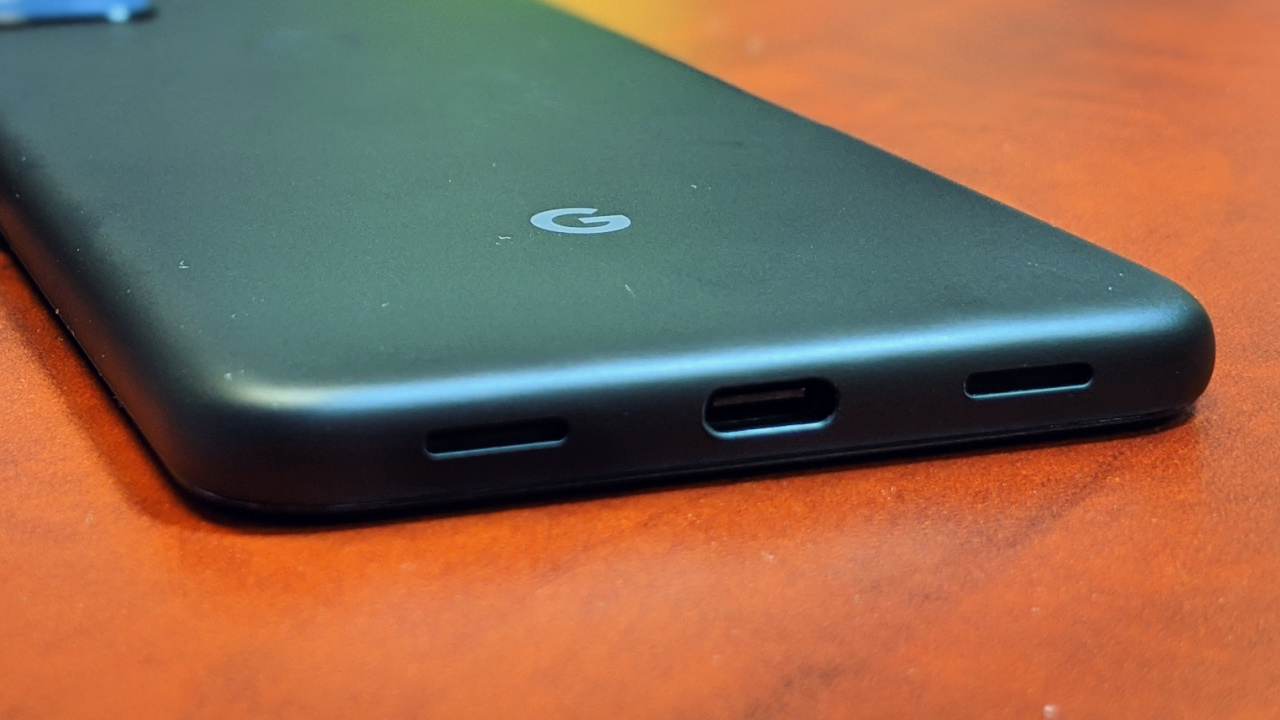 Google has opted to keep the 3.5mm headphone jack for the Pixel 4a, and that’s something I’m pretty about. I may be behind the times or in need of an upgrade, but my car stereo doesn’t have a Bluetooth connection. It has an auxiliary input and I’ve used it over and over with the Pixel 3a. Really, this is one of the reasons I’ve held onto it as a daily driver.

General performance has never been a pain point for me in the Pixel 3a and the Pixel 4a just kicks the proverbial can down the road. Thanks to a punchier processor and more memory, the Pixel 4a is more than adequate for my needs.

Storage is doubled as compared to last year, going from 64GB to 128GB. That’s a good move in my opinion, even with cloud storage and backup so readily available.

I love when phones have a snappy facial recognition system for unlocking and security, I do. But, thanks to the ongoing pandemic that is COVID-19, masks make that all but useless. And you know what? That’s one of the first things that began to bother me with the Pixel 4. Forgoing a fingerprint reader altogether was a risky move and couldn’t have come at a more troublesome time. 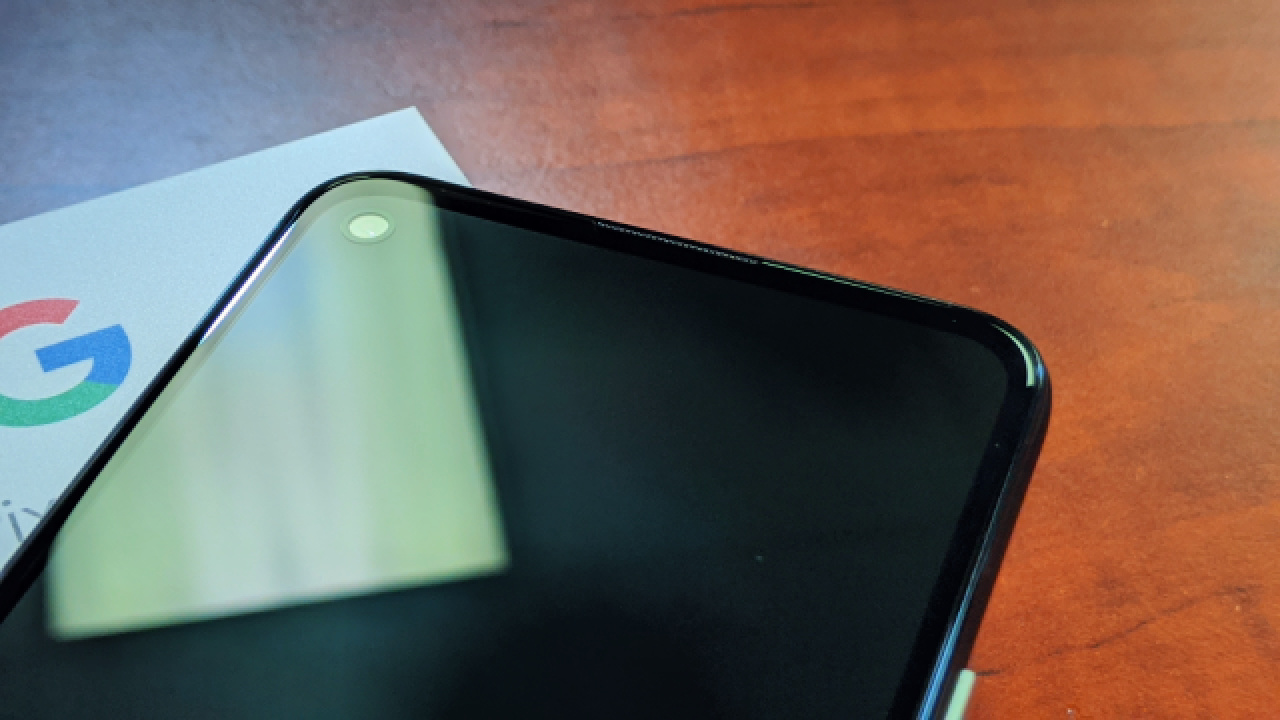 I was really happy to see that the fingerprint reader is still present in the Pixel 4a. It might be a little more flush and harder to identify blindly at first, but muscle memory (and the right protective case) makes it easy to adapt to over time.

Do I care that the Pixel 4a is not waterproof or water resistant? Eh, not really. That often comes with having the right protective case. And because of my line of work and lifestyle, I don’t really get into precarious places or environments.

The battery is a tad bit bigger this year and that’s always welcome. Getting a full day of usage out of the phone has not been an issue yet and charging is quite fast. A few minutes here and there throughout the day is all that I need to ensure I’m heading to bed with juice left over.

While on the subject, I would love to see wireless charging added to the next generation of Pixel “a” phones. I feel by then we ought to be at that point where it should be standardized.

When most phone makers are going with ultra-wide and macro sensors for their additional cameras, Google opted for a telephoto one in the Pixel 4. And having used that phone semi-regularly over the last year, I can tell you that the telephoto is rarely used. I say all of that to say that I don’t miss it one bit in the Pixel 4a. 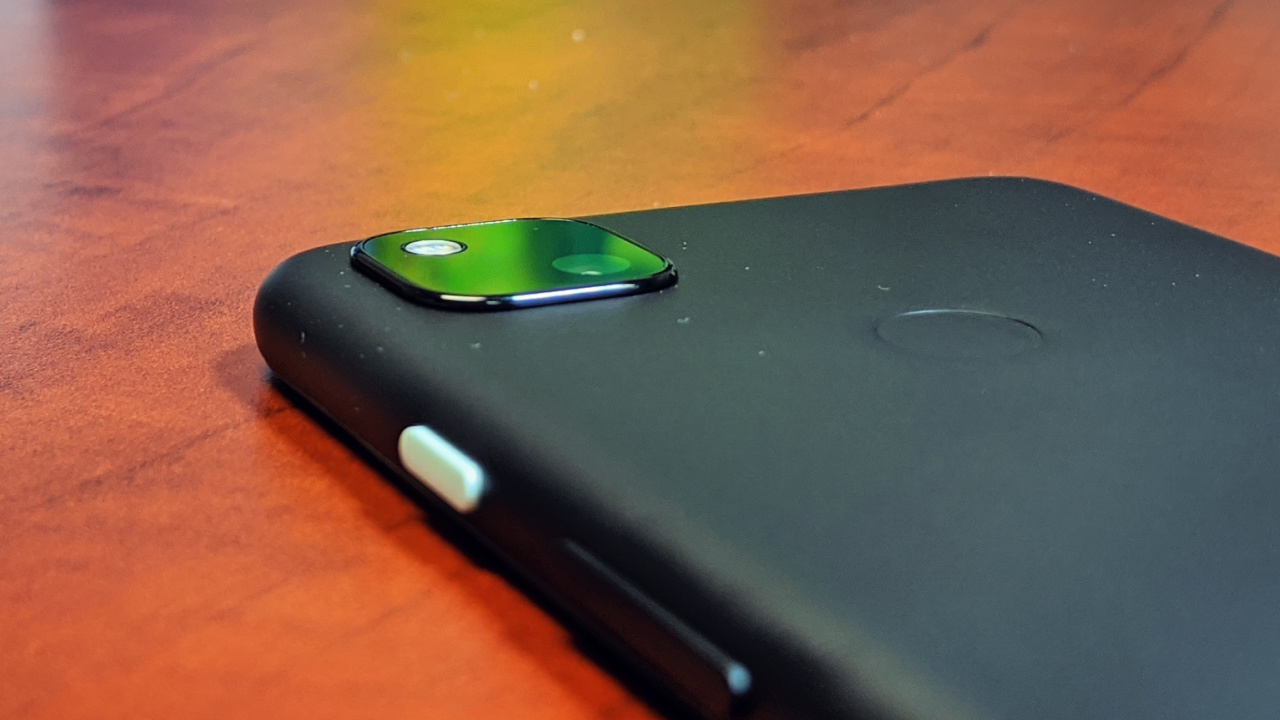 The camera experience in the Pixel 4a is as good as anything I want or need. I will often use portrait mode when taking pictures of just about anything so that it adds the depth. But, even when I don’t, and just snap off a bunch of pictures using the automatic settings, I love the results.

A big part of this is due to the software. Google not only has excellent hardware and extremely smart chips in its phones, but it keeps the camera app simple and straightforward. As much as I like the settings that come with many flagships with AI and Pro modes, I rarely used them. Along those lines, these features are often hidden away or not placed in intuitive places.

The Pixel 4a puts forth a number of camera settings, including Night Sight, Top Shot, Portrait Mode HDR+, and more. There’s a lot to play with and some of these can produce seriously good results. The best part is that I often don’t have to think about what I am shooting or spend much time switching settings.

If you were to tell me that Google iterated on its Pixel 3a for 2020 and kept the price the same, I would have said, “fair enough, I expected as much.” But that’s not what happened. Google not only pushed things forward a bit in a few areas, it dropped the price by $50 in the process.

I quickly warmed to the Pixel 4a. If you’re holding onto a Pixel or Pixel 2 and are ready for something new, this is a great start. You’ll have no problem getting up to speed and appreciate spending about half the money this time around.

As an unlocked phone that’s readily available, it’s an excellent option for pretty much any consumer. It’s affordable enough to add a few to your family plan yet powerful enough to keep you from repeating this one year from now.

You can purchase the Google Pixel 4a for $350 from Google’s store as well as through Verizon and retailers like Best Buy.