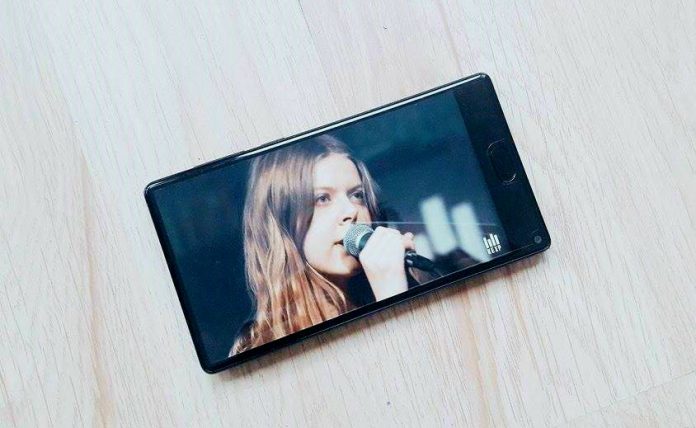 We’ve seen some intriguing smartphone innovations for the past year, but if there’s one product that attracted the attention of customers from across the globe, it would be the original Xioami Mi MIX. The 6.4-inch phablet is basically responsible for starting the bezel-less trend which you see today spread across most Android OEMs.

Since the Mi MIX was launched, we’ve seen more and more smartphone makers thinning down bezels and maximizing the screen to body ratio. From premium models like the Samsung Galaxy S8, Essential Phone or LG G6 to extremely affordable models hailing from China, customers today have a wide range of choice if they want to go bezel-less.

After Xiaomi’s Mi MIX made a debut into the world, Chinese brands flocked to offer much cheaper alternatives, on which they also stamped the MIX moniker. It’s the case of the Leagoo KIICAA MIX, one of the cheapest bezel-less phones on the market today. In what follows we’re going to be taking a more in-depth look at this Xiaomi Mi MIX lookalike to see whether it’s worthy of attention or not. 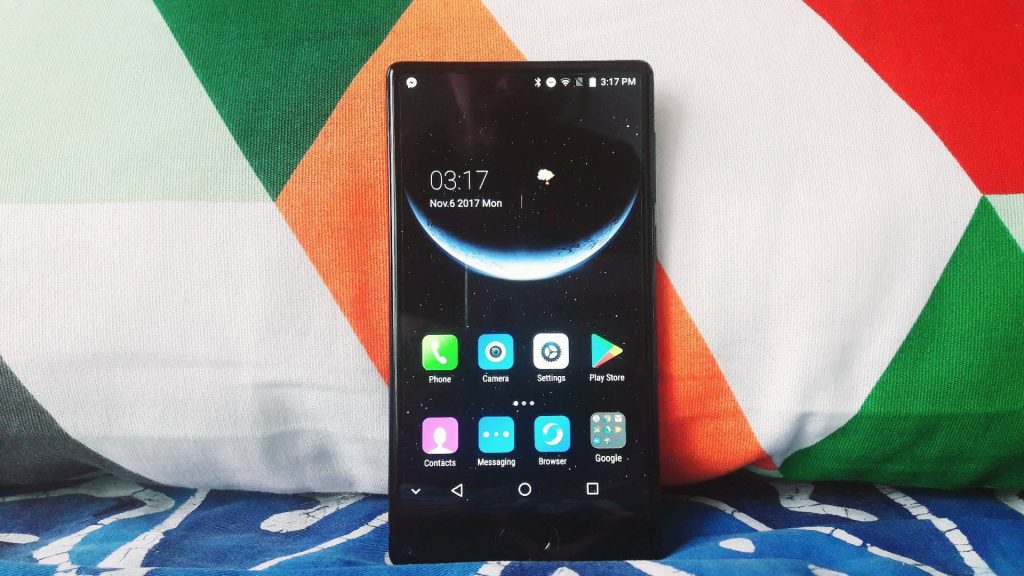 If, like me, you’ve gotten used to more compact smartphones, the Leagoo KIICAA MIX will feel a bit strange in hand. It’s a 5.5-inch handset in a body that has the height of a 5-incher but is a lot wider. As a result, the phone it’s a lot harder to maneuver in one hand, especially if you have smaller hands.

The front of the KIICA MIX is quite similar to the Xiaomi Mi MIX, although the bezels haven’t been shrunken down as much as in the case of other, more expensive phones currently available on the market. Nevertheless, you’ll get a phone with pretty slim upper, left and right bezels.

In contrast, the bottom one is pretty prominent as it also houses the physical home button which doubles as a fingerprint scanner. The multi-purpose button supports swipe gestures – swipe left for recent apps or swipe right for back. The scanner was usually quick to respond, although at times I had to try and authenticate more than once. Above the home button you’ll notice the on-screen navigation buttons, which can be hidden if preferred.

The back of the phone is made of sturdy plastic and houses the dual camera setup. Unfortunately, it’s quite prone to smudging, but Leagoo includes a clear protective case in the retail box, so that takes care of the problem (although that one gets pretty dirty pretty fast).

On the right side of the phone, we have the power button and volume rocker, while on the left lives the dual SIM hybrid slot (which also welcomes a microSD card slot). At the bottom of the device, there are two speaker grills which aren’t that loud and a USB Type-C port. While on most phones the earpiece is included in the front, Leagoo has moved it on the top of the phone in order to give the phone the bezel-less makeover. Turns out, this was a really bad decision.

Making calls has proven to be extremely frustrating, as you can barely hear what the other person is saying on the other end. Even if smartphones now come with myriad additional functionalities, their main function is still to place phone calls. So getting a phone that can’t properly do that, kind of defeats its purpose, doesn’t it? What’s more, the phone does not have a 3.5mm headphone jack. It does ship with a pair of Type-C earphones in the box, but there’s no 3.5mm to Type-C connector included as well.

On the bright side of things, for a $110 device, the Leagoo KIICAA MIX impresses with its 5.5-inch IPS Sharp-made display which offers fullHD resolution and 400ppi. The brightness levels are satisfactory and outdoor visibility quite decent.  And at this price, you won’t be able to find a better display. 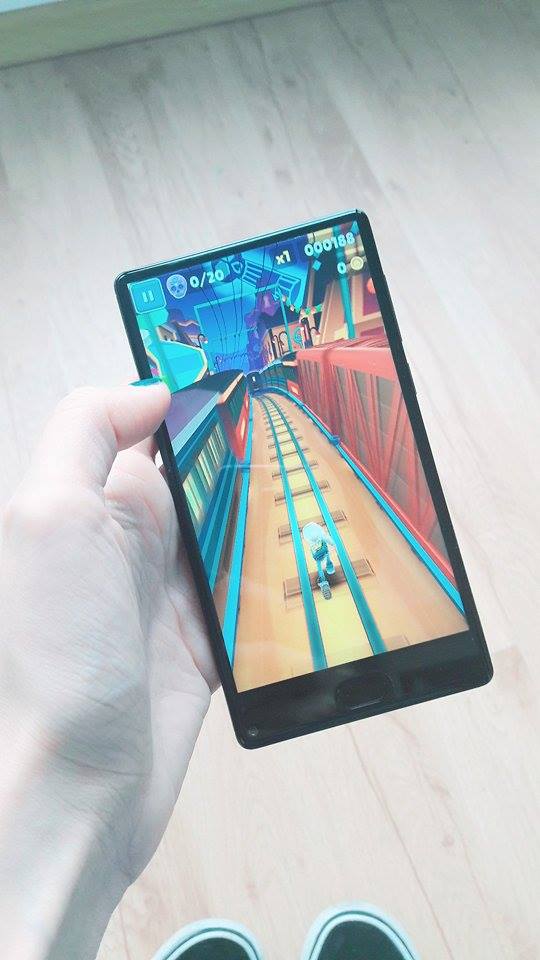 Don’t expect to find a Snapdragon 835 processor running the show on board of this phone. Nevertheless, the wallet-friendly KIICAA MIX is kept alive by a decent octa-core MediaTek 6750T processor clocked at 1.5GHz with Mali T860 GPU. The SoC is aided by a hefty 3GB of RAM and 32GB of internal storage – a configuration which is often seen in upper middle-rangers. 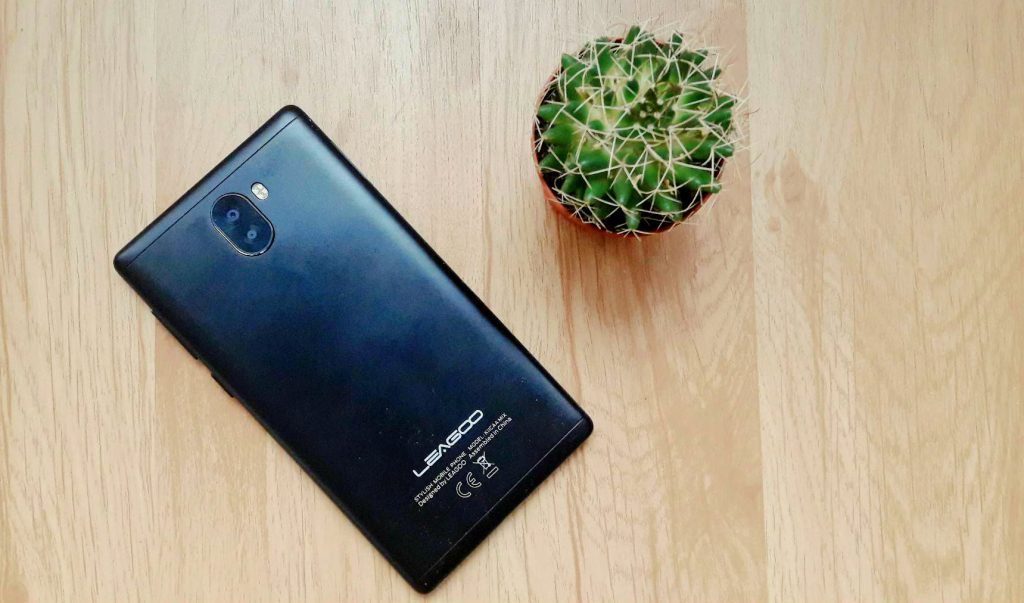 With this processor on board, the KIICAA MIX runs pretty smooth. It can handle most of the tasks I’ve thrown at it including web browsing, social media, taking photos most of the day and playing games – although in the latter scenario the phone did get quite warm and started getting a bit sluggish. With prolonged use, some apps did freeze at times, but you can’t expect a budget handset to run absolutely flawlessly.

The Leagoo KIICAA MIX also follows the current trends in smartphone photography, so it includes a dual-camera setup on the back which pairs a 13-megapixel sensor with a 2-megapixel one. The much sought-after bokeh effect that focuses on the subject while blurring the background is available, although be warned that the focus is quite slow. Oh and you can manually play with ISO, although the results aren’t always great!

Colors tend to be a little dull, and in situations with lots of sunlight pictures will come out looking overexposed. The main camera can’t really handle movement, as there’s no optical image stabilization on board, so you’ll need to have a steady hand while shooting. Yet some shots came out looking pretty nice (as you’ll see in the gallery).

In dark scenarios, some results were better than expected, although expect to see a fair share of noise in them.

When it comes to selfies, the secondary camera has been awkwardly moved on the lower bezel which made it really hard to use. I found it easier to flip the phone upside down and use it in this position. Despite relying on a 13-megapixel sensor, the selfie snapper delivered pretty grainy self-portraits.

The Leagoo KIICAA MIX runs on the company’s own FreeMe OS which is based on Android 7.0 Nougat. But while the overall UI performance is quite decent, it’s pretty different from vanilla Android. Some Chinese OEMs have been gravitating towards stock, but not Leagoo. On the KIICA MIX, you’ll get a customized launcher, which might not be to everyone’s taste. Moreover, there’s no app drawer. This launcher won’t probably be to your liking, but the good news is that this is an Android phone which means you can quickly head on to the Play Store and download the Google Now Launcher or whatever you prefer and bam! you’re in a familiar place. Oh, and by the way, Leagoo also offers access to its own App Store.

*Sidenote: A weird thing I experienced while using the Leagoo KIICAA MIX is random ads playing out of the blue even as the phone was off. I don’t believe the phenomenon was related to any additional apps I installed, but it was extremely annoying. At night, I had to turn off the phone to avoid being awakened by some guy who wanted to sell me pizza at 2:00 AM.

Leagoo KIICAA MIX relies on a 3,000 mAh battery which lasts about a day of moderate use without breaking a sweat. I took the phone out on a photo expedition which lasted for about half a day. When I returned home, I still had more than 40% left.

But on most days when I would browse, play a few games, respond to messages on social media and place few calls, I would normally end up with about 10-15% left by the time I went to bed. The phone also charges pretty fast. You can get up to 80% in an hour or so.

For a budget smartphone, the Leagoo KIICAA MIX benefits from a pretty impressive display which adheres to the bezel-less trend. The panel is made by Sharp and offers 1080p resolution, Gorilla Glass 4 protection, and 90% screen-to-body ratio. Performance is quite smooth also, whether you’re playing games or chatting with your friends and you can snap some decent photos too.

But there are some disadvantages to consider: call quality is really subpar, the selfie snapper is weirdly positioned and it will get some time getting used to it and oh yeah, there’s no 3.5mm headphone jack either.

Even so, if you want to give the whole bezel-less / dual-camera experience a try without paying premium, the Leagoo KIICAA MIX is certainly worth your buck.