When it comes to smartphones, flagships get all of the attention. Sure, they’re sexy, full of new and emerging tech, and have incredible cameras. They’re super powerful, too. In fact, they’re often more phone than what the average person needs.

To be sure, the hardware in handsets continues to outpace the demands of average users. This is the main reason a lot of people like to scoop up last year’s model instead of forking out extra money just to have the latest and greatest.

As consumers come to better understand their needs, they often realize that they can be just as content with a phone that’s priced one-third of a flagship — or less. Motorola understood this and has found great success with its Moto E and Moto G lines. Other phone makers are starting to catch onto it as well. 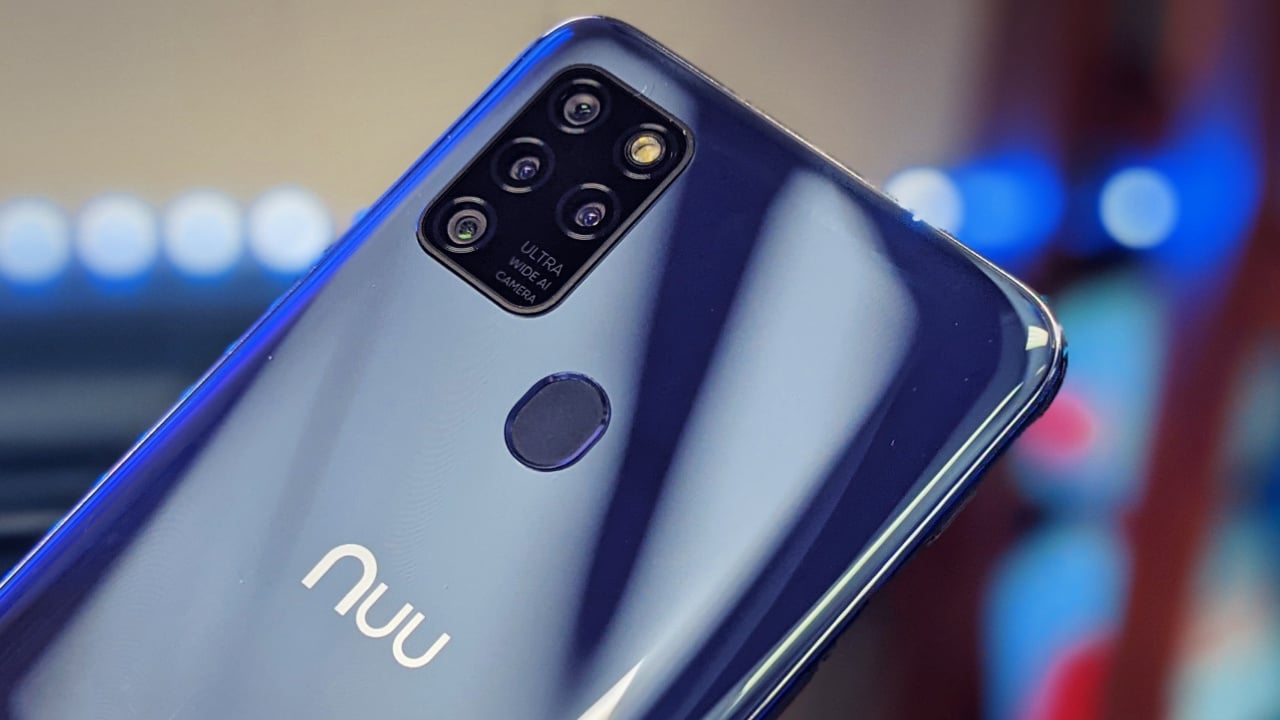 Then there are companies like NUU Mobile who have always played in the sandbox of affordability. Rather than competing with the big named brands it has steadily churned out a few unlocked phones each year, occasionally releasing a flagship of its own.

The latest in the company’s portfolio is the sub-$200 handset known as the G5. Priced about $160 as of the time of this review, it’s an unlocked model with an surprisingly impressive suite of hardware.

Powered by Android 10, it offers up a large 6.55-inch display with an equally large battery 5,000mAh battery. Additionally, it packs four cameras on the back, features a fingerprint reader, headphone jack, and charges via USB Type-C.

On paper this all sounds great, but what about in practice? As it turns out, pretty well. That is, once you qualify things a bit and understand what you’re getting. 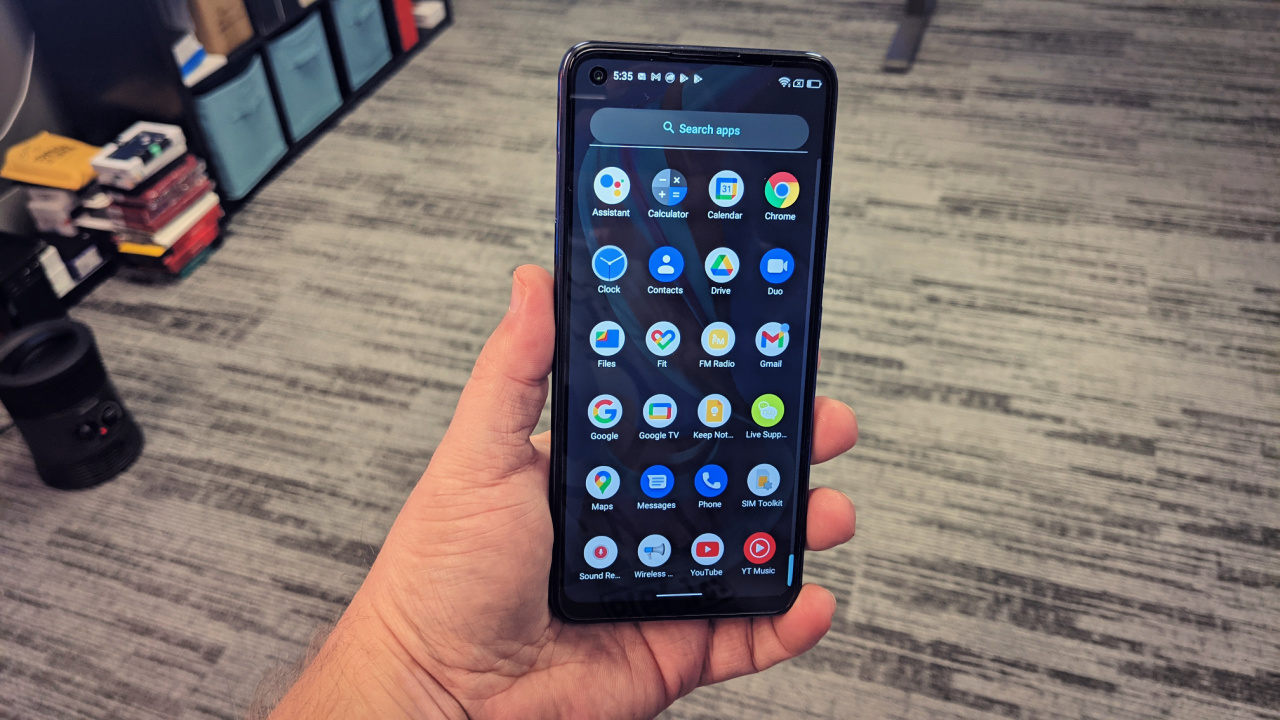 Tell us About Performance

You know how sometimes you start watching a TV series that people tend to rave about, only to find yourself not really enjoying it on the same level? Then, after a season or so goes by, you realize that it’s charming stuff and you care about the characters? That’s sort of how it feels to use the NUU Mobile G5.

That big screen we mentioned — well, it has a resolution of just 1600 x 720 pixels. In other words, it’s on the low end of HD, barely qualifying. The cameras? They’re pretty slow once you start tinkering with the settings.

It took us a few solid days of using the G5 to understand what it was capable of and where it struggled. Once we knew what we had, we were quite comfortable with the phone. 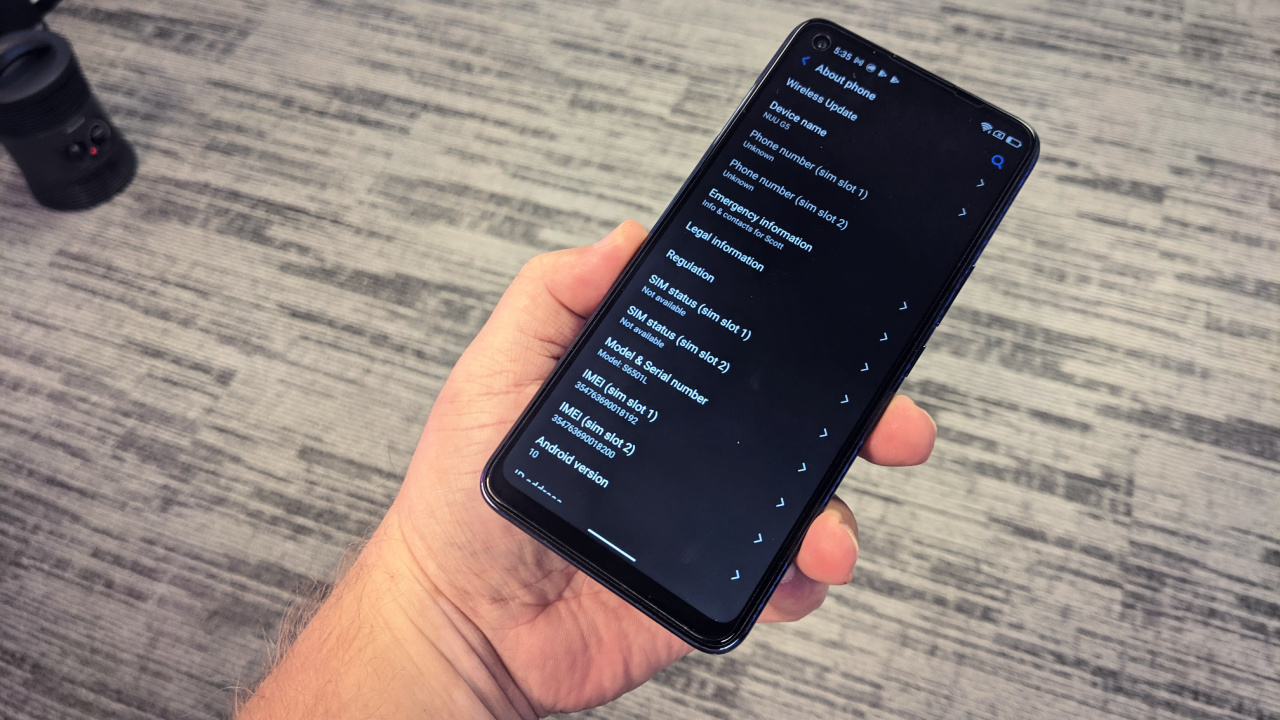 Does it punch above its weight? No. Does it have any major standout feature? Not really. It’s good at what it does so long as that means rather basic things.

Most of us at AndroidGuys are a little more demanding than the “typical” person. While we don’t game heavily, we do like to pick up new titles once in a while and check them out. We also like to snap pictures and share them on social media. We may spend much of the day hopping back and forth between apps like Airtable, Slack, Asana, and Gmail.

The G5 does its best to keep up with those needs but does stumble every so often. It’s not so much that it stutters or slows to a crawl, but we recognize it from using other, more expensive devices.

The one area where we were found the G5 struggled was in the camera. In short, to get a decent photo takes a little bit of luck and a whole lot of time. 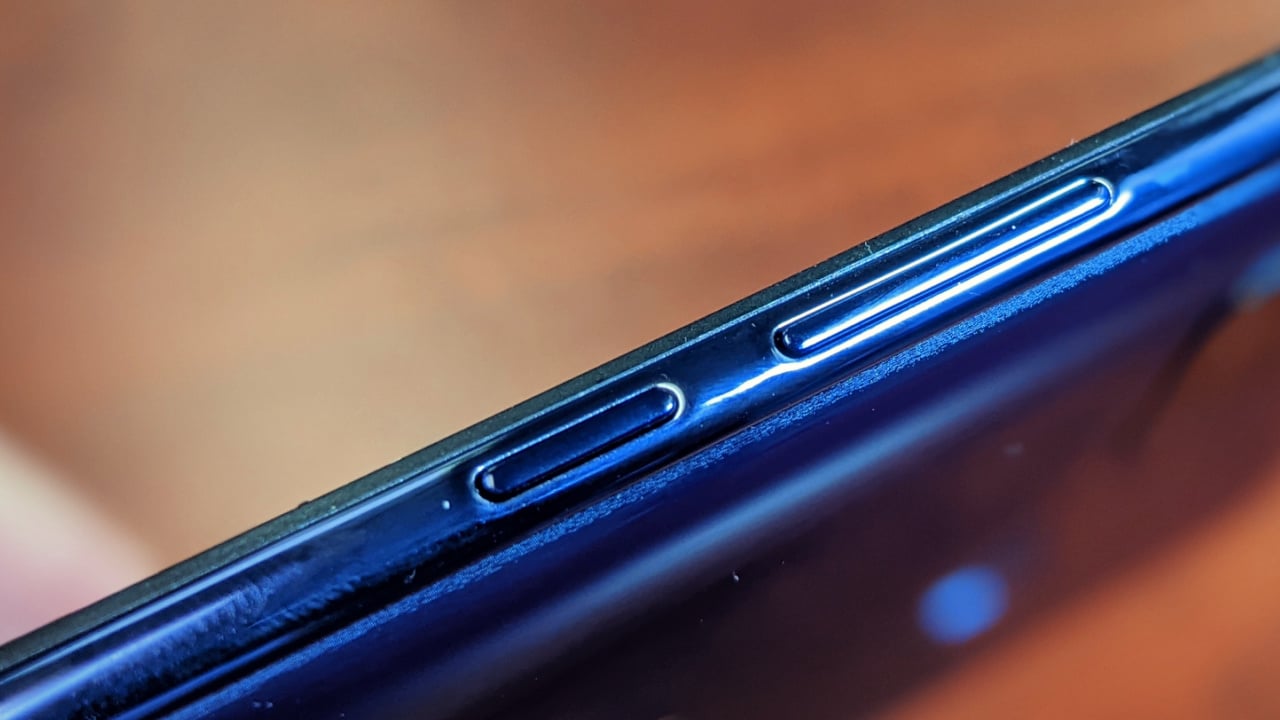 The app itself was intuitive enough and had a decent smattering of features. The problem we saw was the taking any high-resolution or HDR photos was incredibly slow. Like, some pictures took up to five seconds to save and ready us for the next one.

If you don’t care about snapping candid, “in the moment” photos or action shots, you’ll probably not care too much here. But, more often than not, our personal photos are taken when inspiration strikes or when things feel lively. Sadly, we missed more than a couple of potential moments where the G5 was busy processing the previous picture.

One of the more common ways for us to gauge a phone is to pass it around to a few casual users. We’ll often give it to a couple of family members or friends to give a “once over” and check out the various features. We routinely found people were surprised to learn that the NUU Mobile G5 was priced as low as it is. Most expected to hear that it cost about $250. 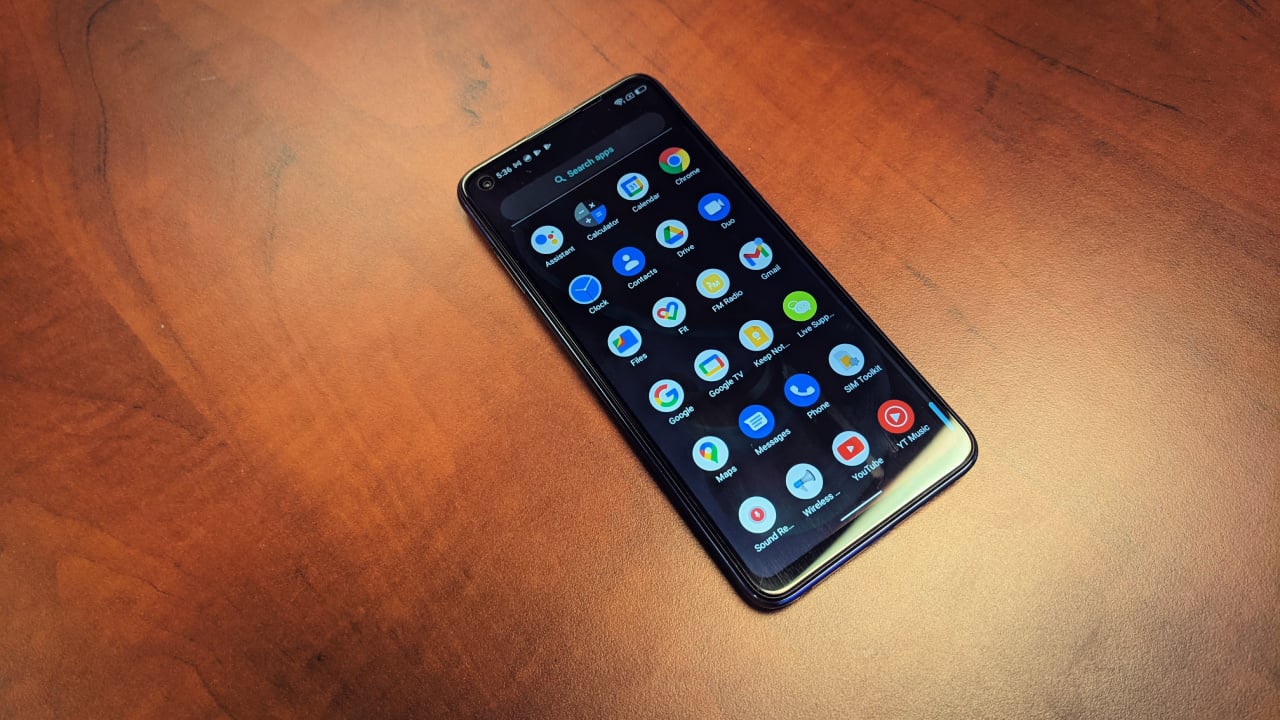 These types of users spend their time on social media, texting, and generally just communicating. There’s nothing here that would cause a problem for that type of person. Think of how your aunt or uncle might use their phone and you’ll get the sense of the G5 target user base. Likewise, it’s a good and inexpensive way to add multiple phones to a family with younger ones getting their first taste of smartphones and responsibility.

We do like that the software experience is pretty much a stock Android build. It’s Android 10, which is getting a little older, but still powerful and secure. If you’ve not had any time with Android 11, you won’t miss the navigation and UI changes

We’ve said time and again that most new phones look just fine and are totally serviceable in a vacuum. It’s not until you start comparing them to other, and often pricier, alternatives that you start to see the differences and shortcomings. 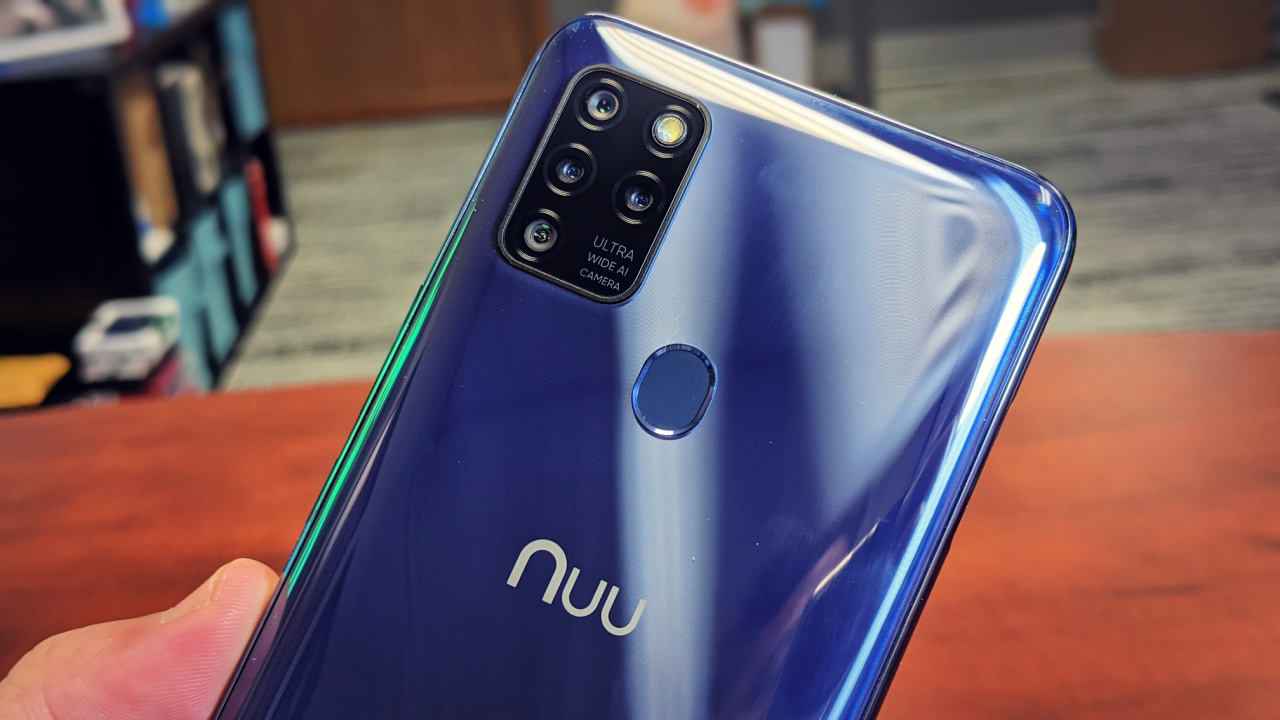 Over the years we’ve seen much pricier phones look much less interesting. The G5 is aesthetically pleasing, handles the needs of an “average Joe” type, and works with a variety of GSM carriers. The $160 price tag is right in line with our expectations.

If you are used to a flagship phone experience, you seek that out and likely update fairly often. On the other hand, if you “just need a phone”, you probably don’t care about the frills and special features. Whether you believe it not, the latter is where a majority of today’s users reside. It’s that segment of user that would be completely happy with the NUU Mobile G5.