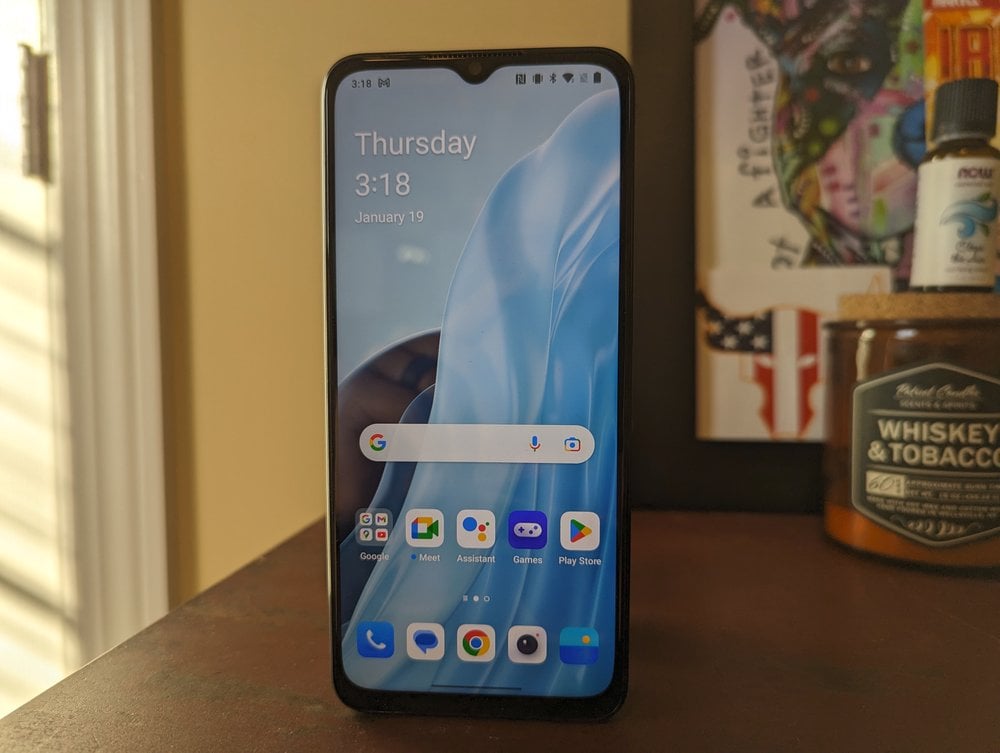 OnePlus has been around for almost a decade now, having started out making “flagship killer” phones at low cost. Having transitioned over the last few generations, its premium models now take on the likes of Samsung and Google and other high-end phones.

This doesn’t mean it’s lost the budget roots. Indeed, the new OnePlus Nord N300 squarely is aimed at the bargain consumer. How does it stack up in the current market?

The industrial build of the OnePlus Nord N300 is both impressive and disappointing. Its crisp edges and thin footprint look great on opening the box. However, as you hold the phone in your hand it comes off feeling somewhat cheap. I can’t put my fingers on it, but it’s there. 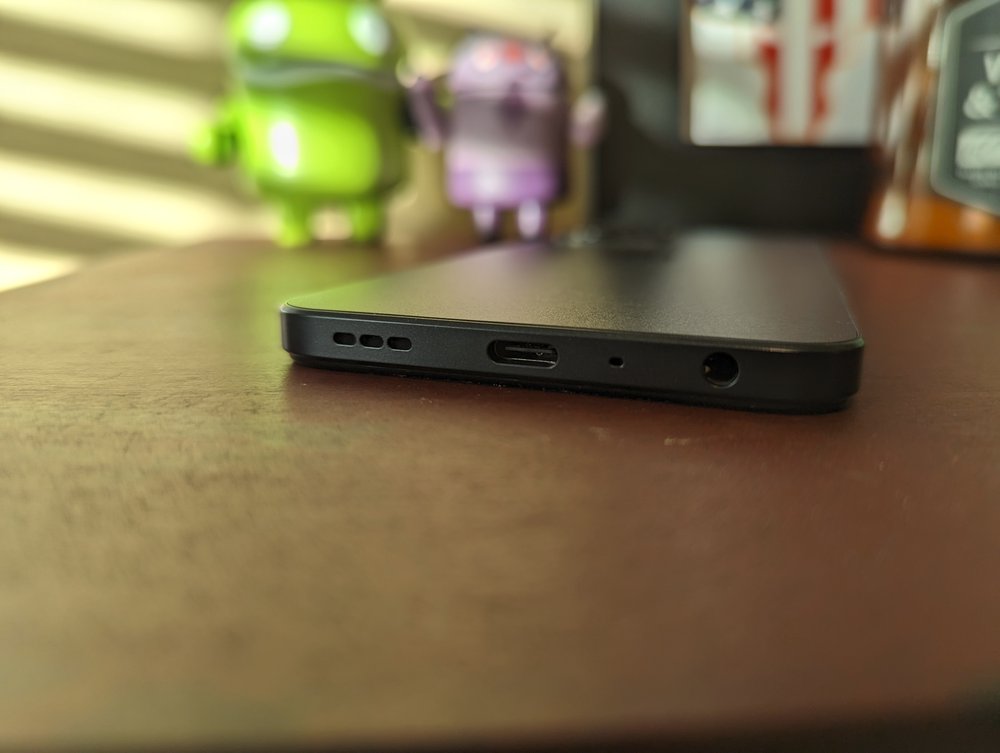 Otherwise, you get the usual design you’d expect from an Android phone. The right side has a lone power button that doubles as a fingerprint reader. This is another miss by OnePlus. I have only been able to successfully unlock the N300 about every 4th attempt with this sensor. I’ve never found side-mounted sensors as reliable, but OnePlus struggles even more than usual here.

Around the other side are the volume rocker and the SIM tray slot. To the bottom of the Nord N300 you’ll find the USB-C port, speaker grill, and a 3.5mm headphone jack. The top of the unit is devoid of any ports or buttons short of a microphone cutout.

Internally, the OnePlus N300 houses a MediaTek Dimensity 810 chipset paired with 4GB of RAM and 64GB of internal storage. It’s also worth noting that the SIM tray also has a slot for a microSD card to expand this up to 1TB.

This combination of internal hardware makes for pretty decent performance. It’s not going to run circles around any of the high-end chips, but 4GB and the MediaTek 810 hold their own for any normal tasks. Transitions are fairly snappy, and multitasking works well.

Even casual gaming performs as you’d expect. I never felt like the general day-to-day was hindered by the silicone and components of the Nord N300. Any non-heavy gamer or multitasker should be fine here.

Although it’s not my cup of tea, the same can be said for the software. Honestly, if you’ve used the most recent Samsungs you might find this familiar. I can’t help but think this is what OnePlus is going for with the latest version of OxygenOS. The home screen is a themed version of Android with the Google Now panel on the far left side. 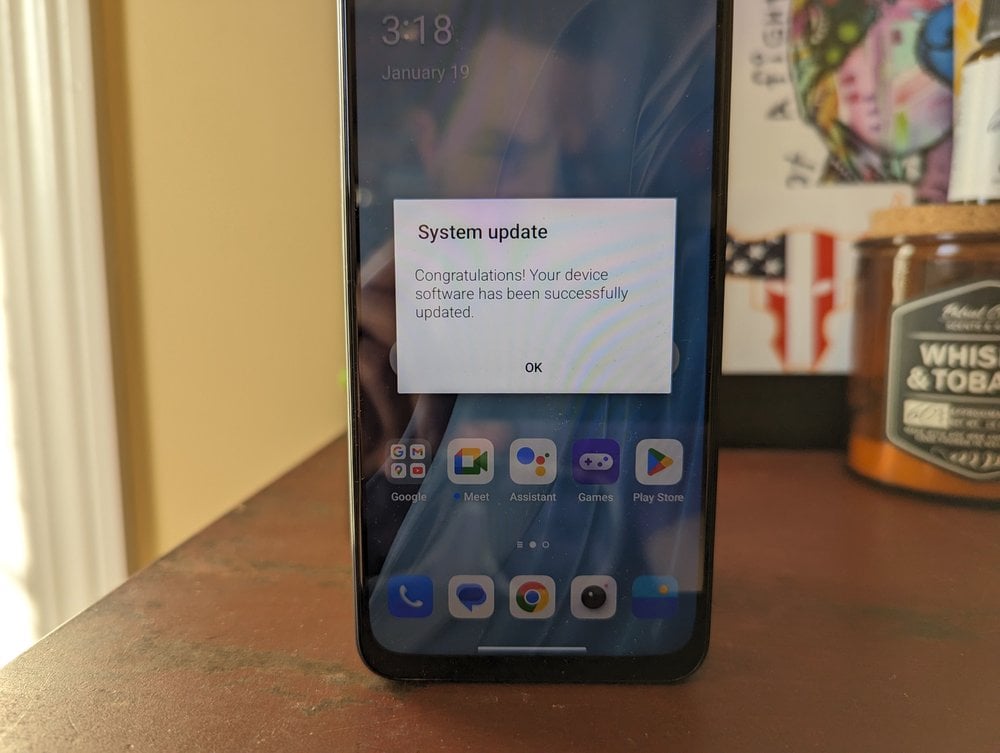 It’s when you dig into the menus and settings I struggle with the vision of OnePlus’s Android. It’s way too layered, and normal settings are more hidden than they have to be. Android’s settings are one of the most minimal you’ll find on mobile operating systems, yet Samsung has made it popular to bury these features.

But, honestly, this is all preference. If you’ve never used a Pixel or Moto phone, and instead owned LG or Samsung beforehand, then you most likely won’t take issue with the software. Otherwise, it runs Android. All your favorite apps are here and ready to go from the Play Store.

The camera is another area I find the OnePlus Nord N300 struggles. In perfect lighting, you could possibly snag a good shot. Any other time you have to just hope. As soon as the environment offers any resistance the photos simply come out less than great. 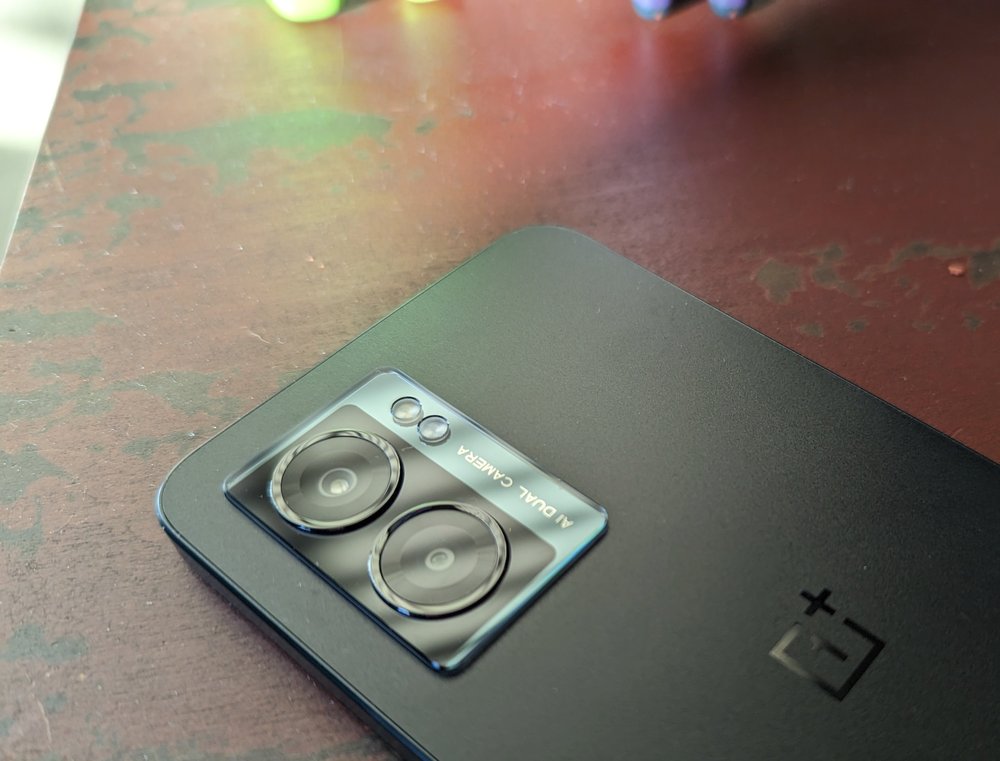 I hate that this is still an issue on OnePlus phones. The Achilles heel for years on the flagship was cameras and the latest generations have gotten much better. Unfortunately, that’s not the case with the 48MP and 2MP depth cameras here.

It’s a better result from both the selfie camera and portrait modes on both shooters. The 16MP front-facing unit takes decent snappy photos and seems to handle portrait mode well. The one plus of the main shooter is portraits too. It’s one option that outperforms the general results.

OnePlus does not hold back on the battery. This phone packs a 5,000mAh battery cell and lasts well past most other phones. I could get more than a full day out of this consistently while carrying the Nord N300.

And when you do need to top it off, you get full 33Watt charging. Even better, OnePlus packs the appropriate charger and cable for this magic to work. This allows you to fully recharge in under an hour which is fantastic for any phone, but phenomenal for a budget device.

I get why OnePlus made the Nord N300 5G. It’s an updated version of the budget model to sell to those just needing an Android phone in T-Mobile for less than $10 per month. I struggle with if it holds up to the competition from Samsung’s A-series and Moto’s G lineup.

The latest Moto G 5G and the Samsung A13/23 are in direct contention and you could argue they get better performance and consistent cameras for similar price tags. Even at full retail of $230, the Nord N300 is a hard sell in my opinion. And if you can spare another $100, the Pixel 6a blows all these options out of the water.  All of those options also work on ATT and Verizon as well.

If you do want to give the OnePlus Nord N300 a shot, you can snag one at T-Mobile from the link below.