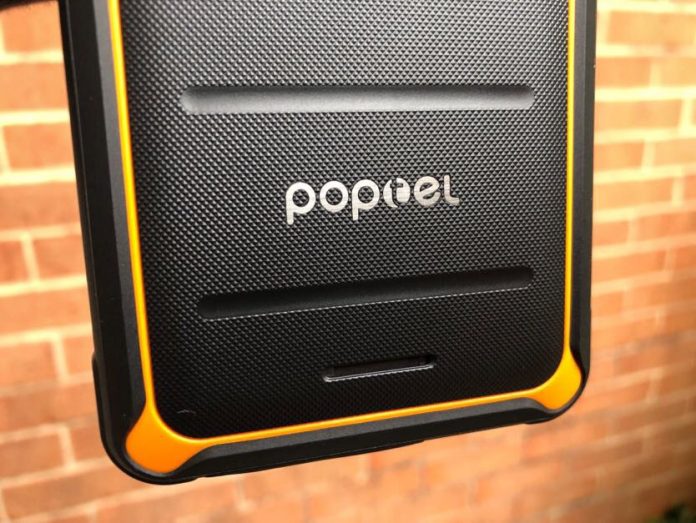 When you look at the lineup of smartphones, all you are likely to see are glass and metal sandwiches. These look absolutely phenomenal, but aren’t exactly the most rugged options on the market.

It seems that ruggedized phones have taken a back seat from most OEM’s. There are still a few options available, and the Poptel P10 is one of the latest to hit the scene.

Under the hood, Poptel included the MediaTek Helio P23 chipset combined with 4GB of RAM and 64GB of storage. This is all powered by a respectable 3,600mAh battery that aims to get you through the day. 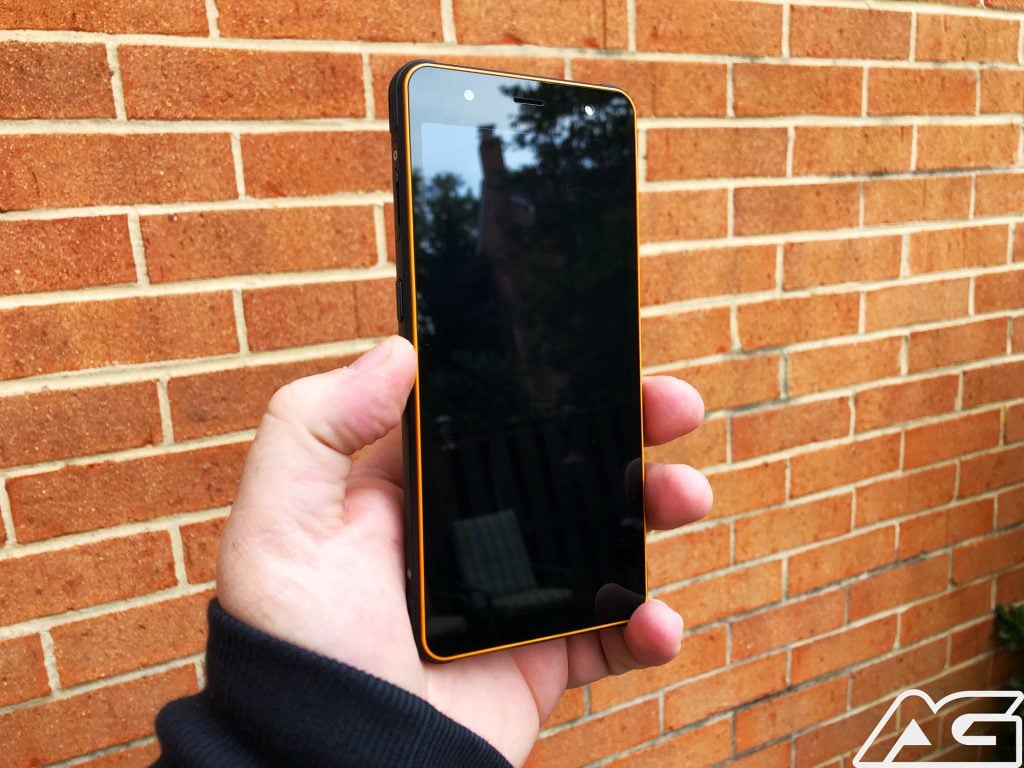 As for the cameras, again there isn’t much to write home about. There is a single 13MP sensor found on the back, along with an 8MP selfie camera. We’ll touch a bit more on these later, but they are pretty pedestrian for the budget market.

Some of the extras included is the rear-mounted fingerprint scanner, NFC, Bluetooth 4.1, and Android 8.1 Oreo. These are all things that we would expect to see from a budget handset, albeit a bit disappointing for the price tag.

As you can tell from the spec sheet, the Poptel P10 isn’t really designed for spec-heads. Instead, it’s designed to be practically indestructible, regardless of what you throw at it. 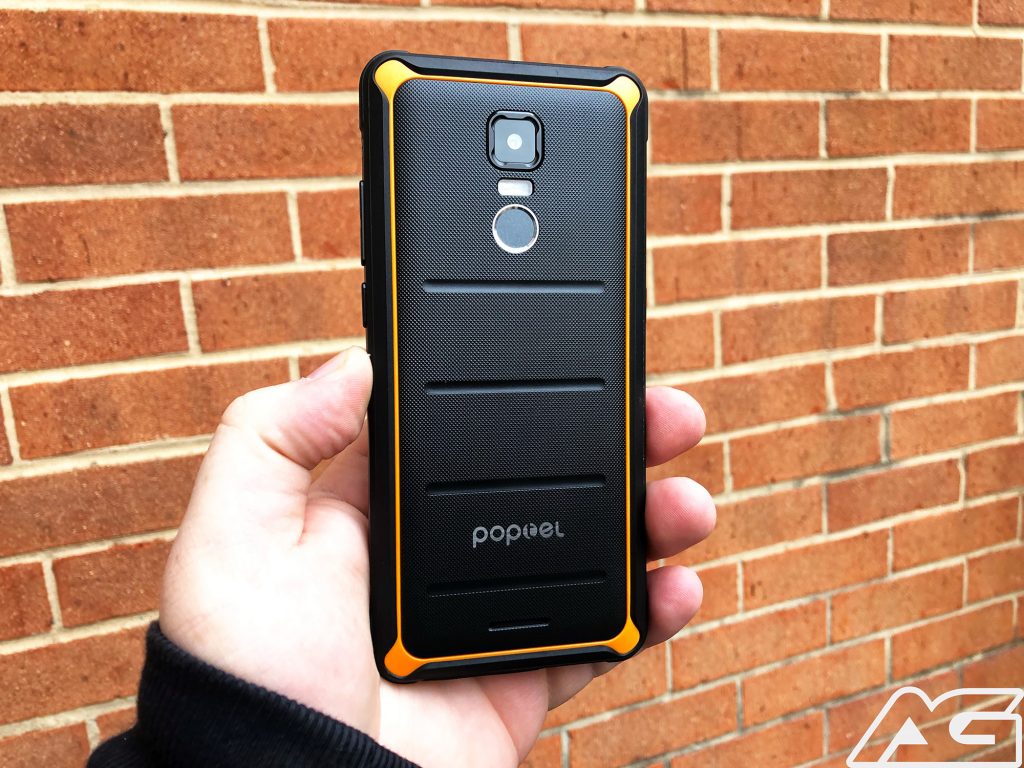 The P10 is IP68-rated, which means that the handset is waterproof in up to about 4 feet of water for half an hour. This also means that it is resistant to dust, sand, and just about anything else that would ruin those precious flagships.

In our testing, we had some accidental drops with the P10 and you can’t even tell. The rugged body provides shock-resistance and we didn’t even end up scratching the screen at all. That point alone sold me on someone picking up the device for a little one who needs a smartphone. 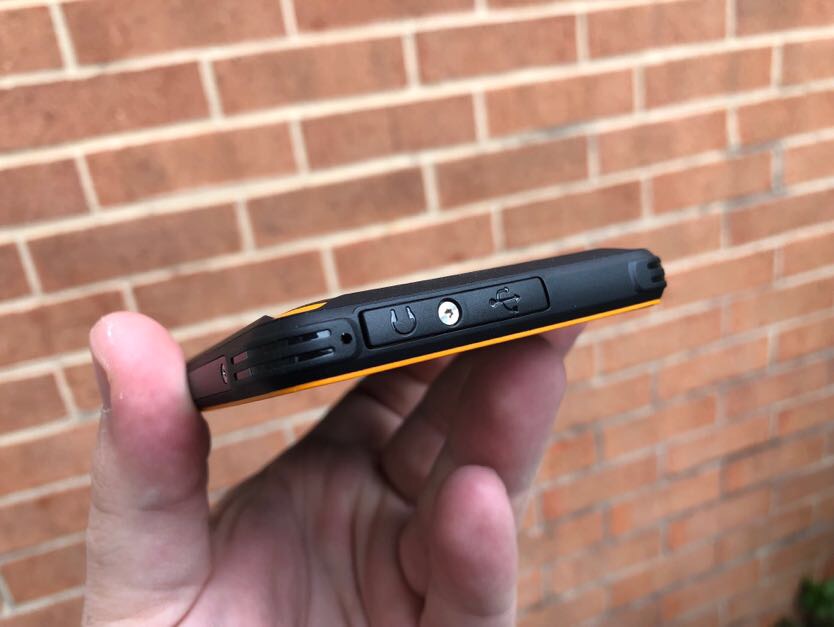 Aside from the frame, the body of the handset is also rugged, and sports an interesting texture. This allows for the phone to actually sit nicely in the hand, without feeling like it will slip out at any time.

On another note, it was pretty neat to see the different Torx screws placed around the device. These are not to be unscrewed or tinkered with, but added a nice touch that I didn’t think I would care about.

Now, it’s all fine and dandy that the P10 can withstand the elements, but how does it perform. In short, surprisingly well. I was heading into this review expecting lagginess and just an overall bad experience.

Removing the “flagship” mindset was tough at first, but once I did that, the P10 was impressive. Sure, we’re not getting Stock Android, but instead, a skinned version from Poptel.

This is adequate and doesn’t leave a bad taste in my mouth, but it’s not a good one either. Regardless, we have seen worse versions of skinned Android on devices that are priced much higher.

You will begin to experience some lag when trying to do any type of intense gaming, but that’s to be expected. If you just want to play some solitaire or other non-graphic-intensive games, then you’ll be just fine. Just don’t expect to be able to play Fortnite on the go with the P10.

Finally, it’s important to make note that the P10 will only work GSM networks. So, if you’re on Verizon or Sprint, you’ll be left out to dry.

I almost skipped this section because of how disappointing it is. But it wouldn’t be a proper AndroidGuys review without at least touching on it. 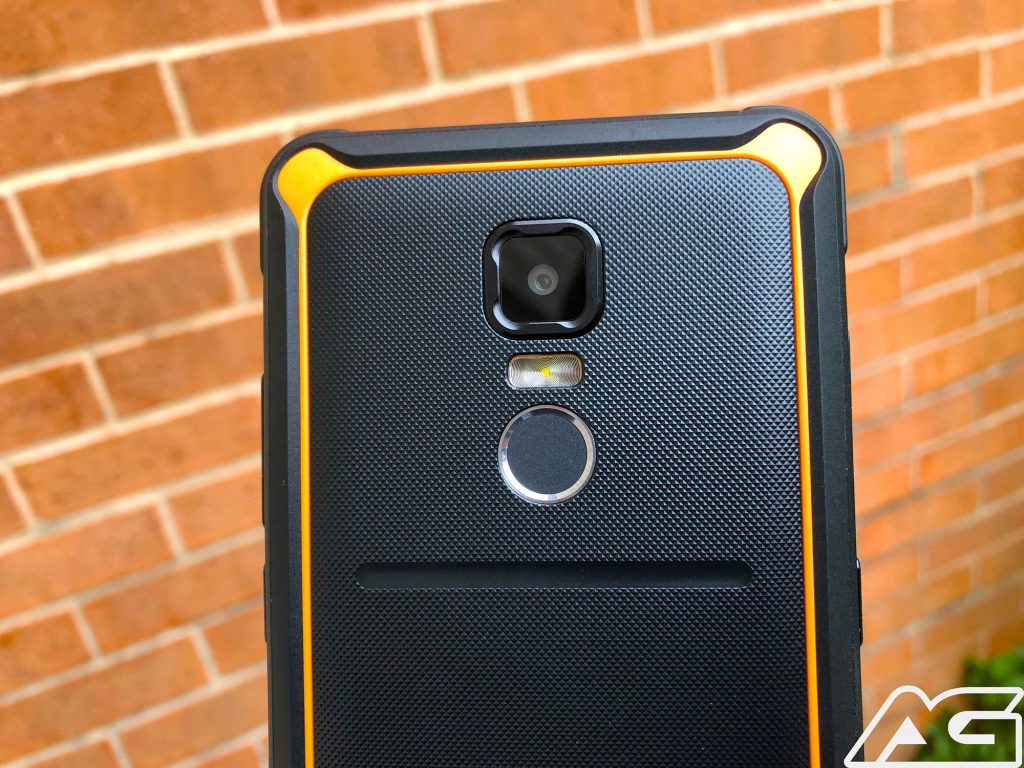 The cameras will do exactly what you think – Take potato pictures. If you need a work phone that takes pictures of various pieces of equipment, then it’ll work just fine.

However, if you need those high-quality pictures for your job, then you might want to look elsewhere. The P10 will get the job done (see the recurring theme?), but there are definitely noticeable sacrifices.

The camera software itself is actually refreshing to see, as there’s not much going on here. You are greeted with the shutter button and a few different modes, but there’s nothing super-crazy or insane.

All-in-all, the Poptel P10 is just an adequate smartphone with a pretty sweet rugged design. If you need a spare work phone that is able to withstand the elements while providing access to calls, messages, or emails, then you’ve come to the right place. If you are expecting an experience on par with the Moto G lineup, then you might want to take a step back.

Pricing for the Poptel P10 starts at $219.99 and is available in Black, Orange, Navy Blue, Green, and Gray. Currently, the handset is available from our friends over at GearBest and AliExpress and you can get one now.

Let us know what you think about the Poptel P10 and if you will be picking one up!