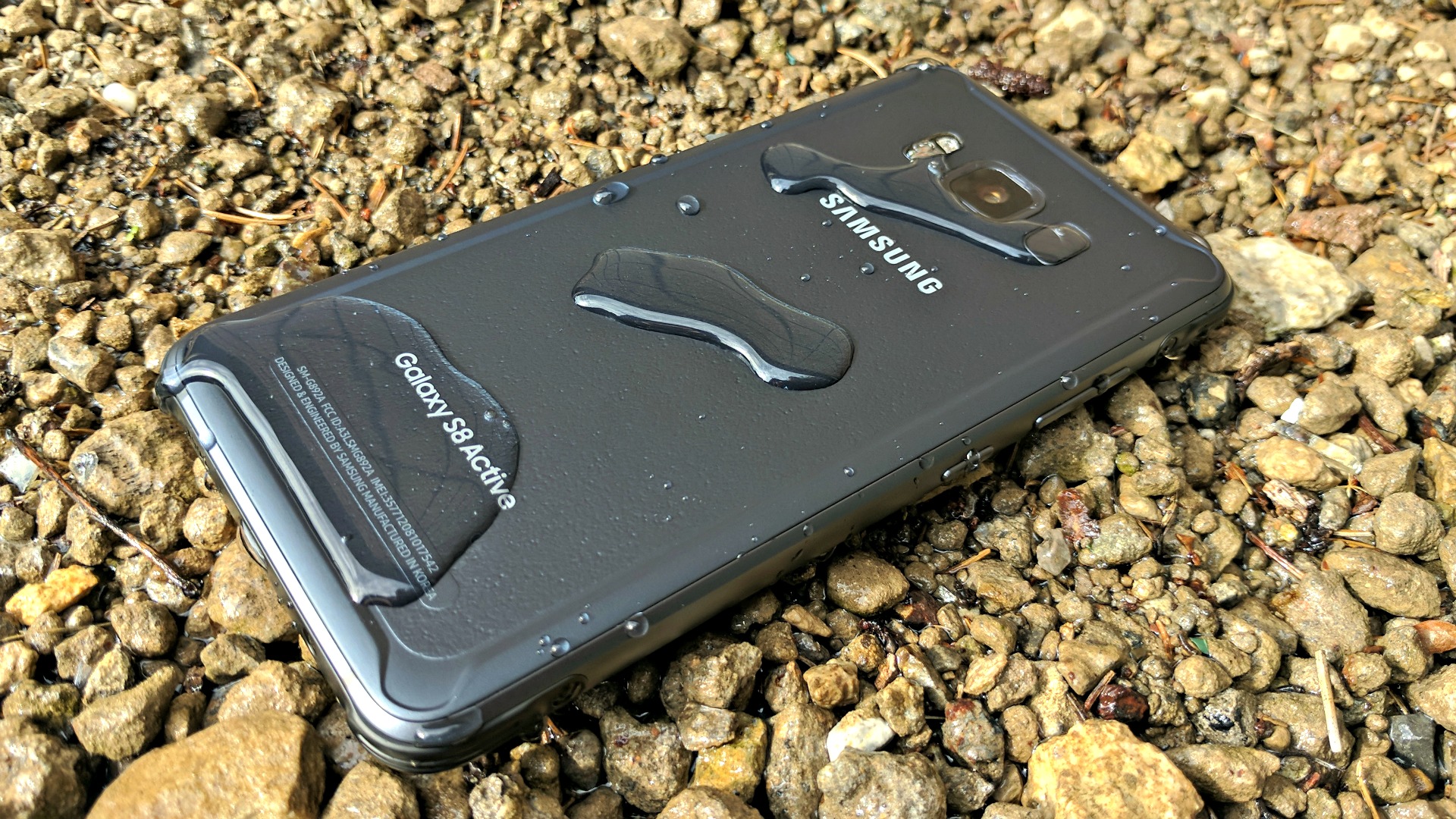 The Samsung Galaxy S8 Active is the best rugged phone you’ll find on the market. Sure, there aren’t that many of them available; however, the Active line time and again rises to the top. The 2017 iteration is not only among the best in rugged and durable phones, but it’s also one of the most compelling packages offered right now.

In the early days of rugged phones we had to contend with less than desirable performance. We traded away sleek and sexy in favor of rough and tumble. If you were a general contractor or plumber in the market for a new phone to take on job sites, you had to choose from ugly and uninspired stuff. Even worse, the phones were a generation or two behind the rest of the pack. 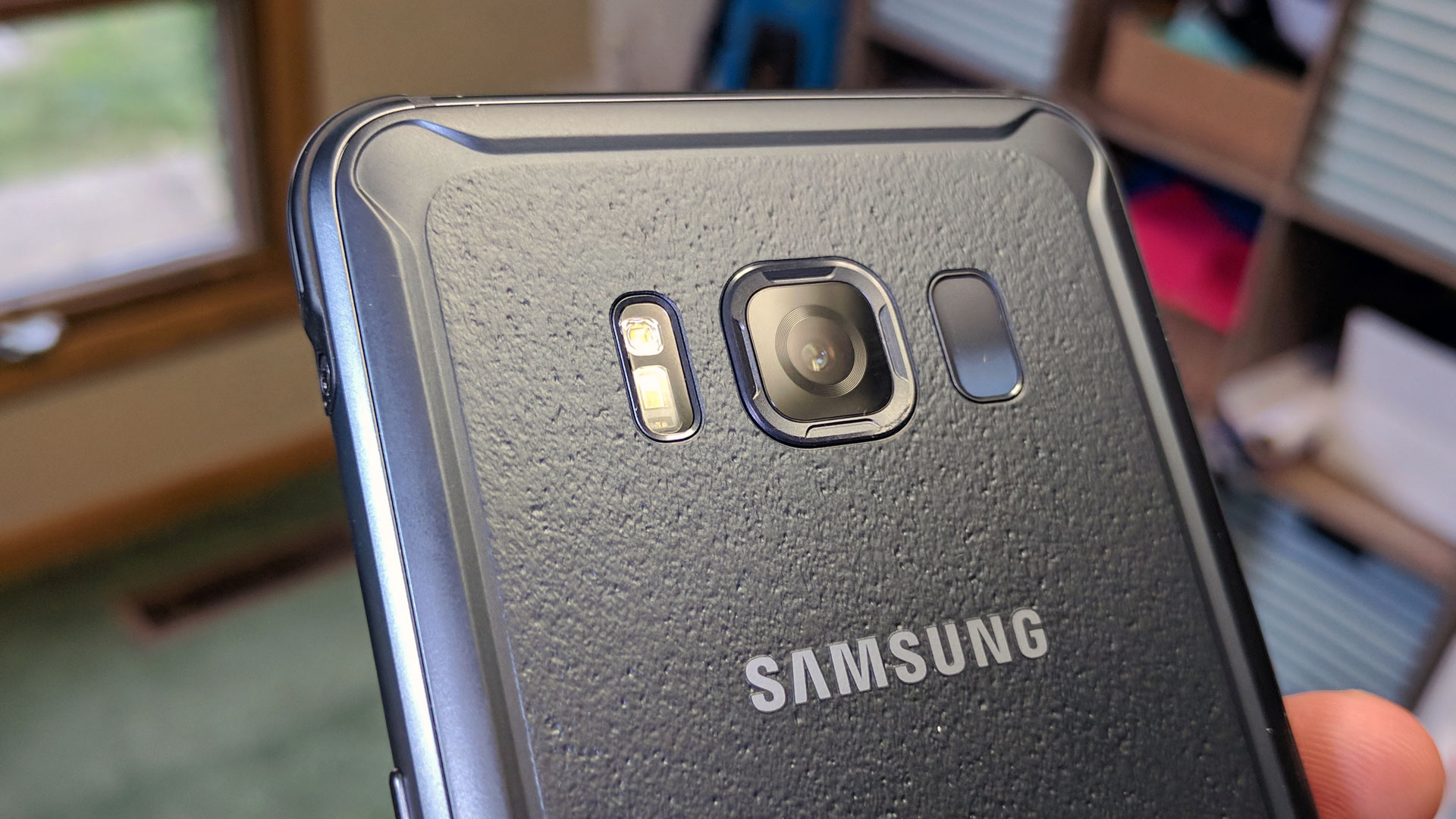 Somewhere over the last few generations, though, Samsung figured out a way to deliver timely hardware in a body that was more sleek. Its Galaxy S Active series of devices, which has been exclusive to AT&T, is a great way to keep up with the Joneses, and have something designed to take moderate abuse.

The Galaxy S7 Active (2016) was a tremendous step forward for the line, and even bested the S7 standard bearer with a bigger battery. As for this year’s model, the S8 Active is another stellar device that delivers best-in-class specifications at its core. Indeed, it’s all Galaxy S8 under the hood.

What we really enjoy about the S8 Active is that it’s all of the good stuff in the Galaxy S8. The Super AMOLED display, excellent camera, Snapdragon 835 processor, 4GB RAM, and 64GB storage are what you expect in top phone in 2017. Also present are USB-C, water and dust resistance, and headphone jack. 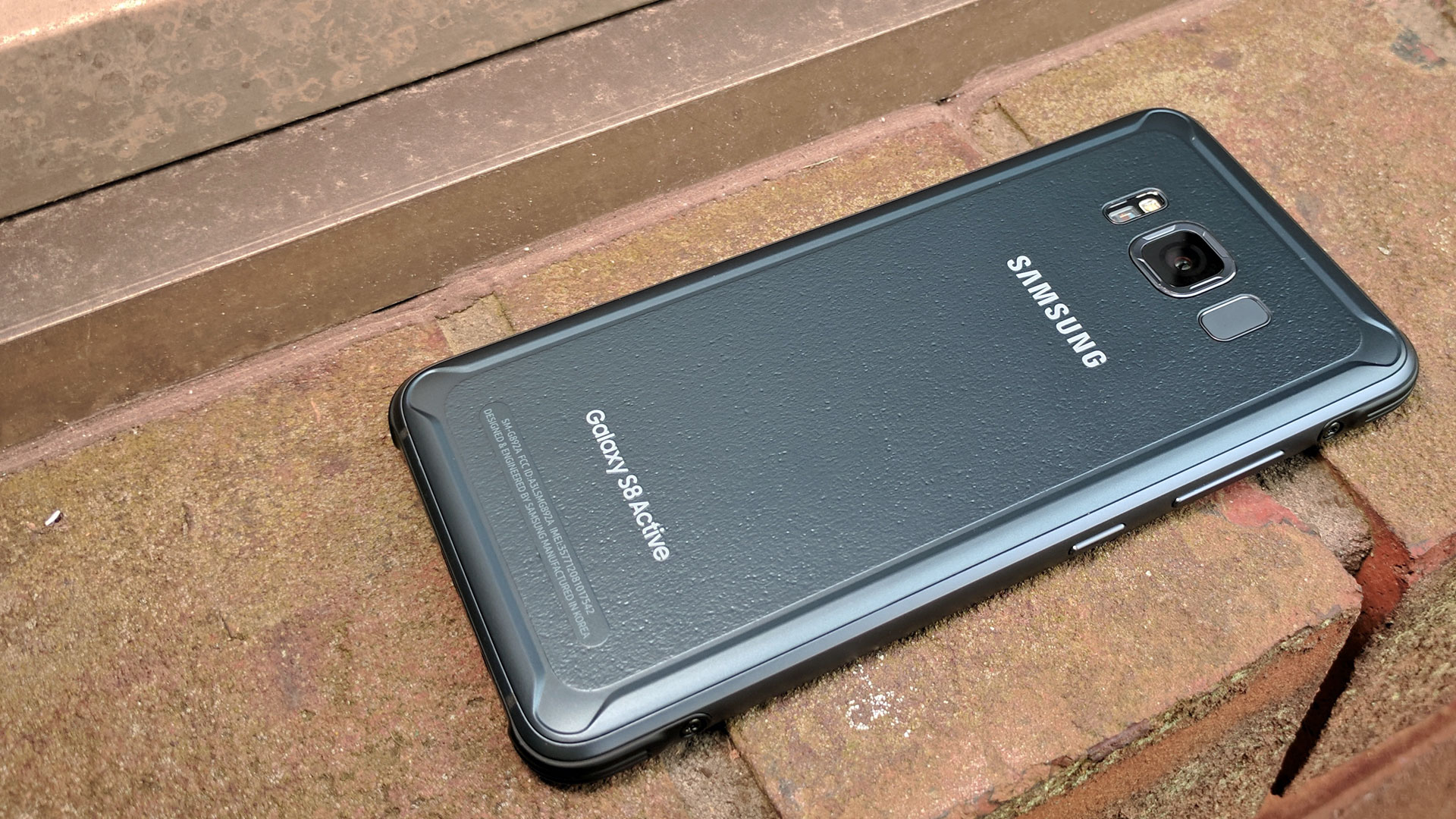 When it comes to performance, it’s damn near impossible to get more than what comes in the aforementioned specifications. Yes, you can stack them up on benchmarks and create a pecking order. Moreover, you can also get more memory in other models.

Does that stuff matter to you? We suspect that most people can’t discern the differences in hardware on daily tasks. There’s very little you can throw at a phone like this that will tax it.

We saw no stutters, lags, or performance issues in the Galaxy S8 Active. Everything, from just checking email and messages, to games and always-synchronizing services like Slack and Todoist, went swimmingly. 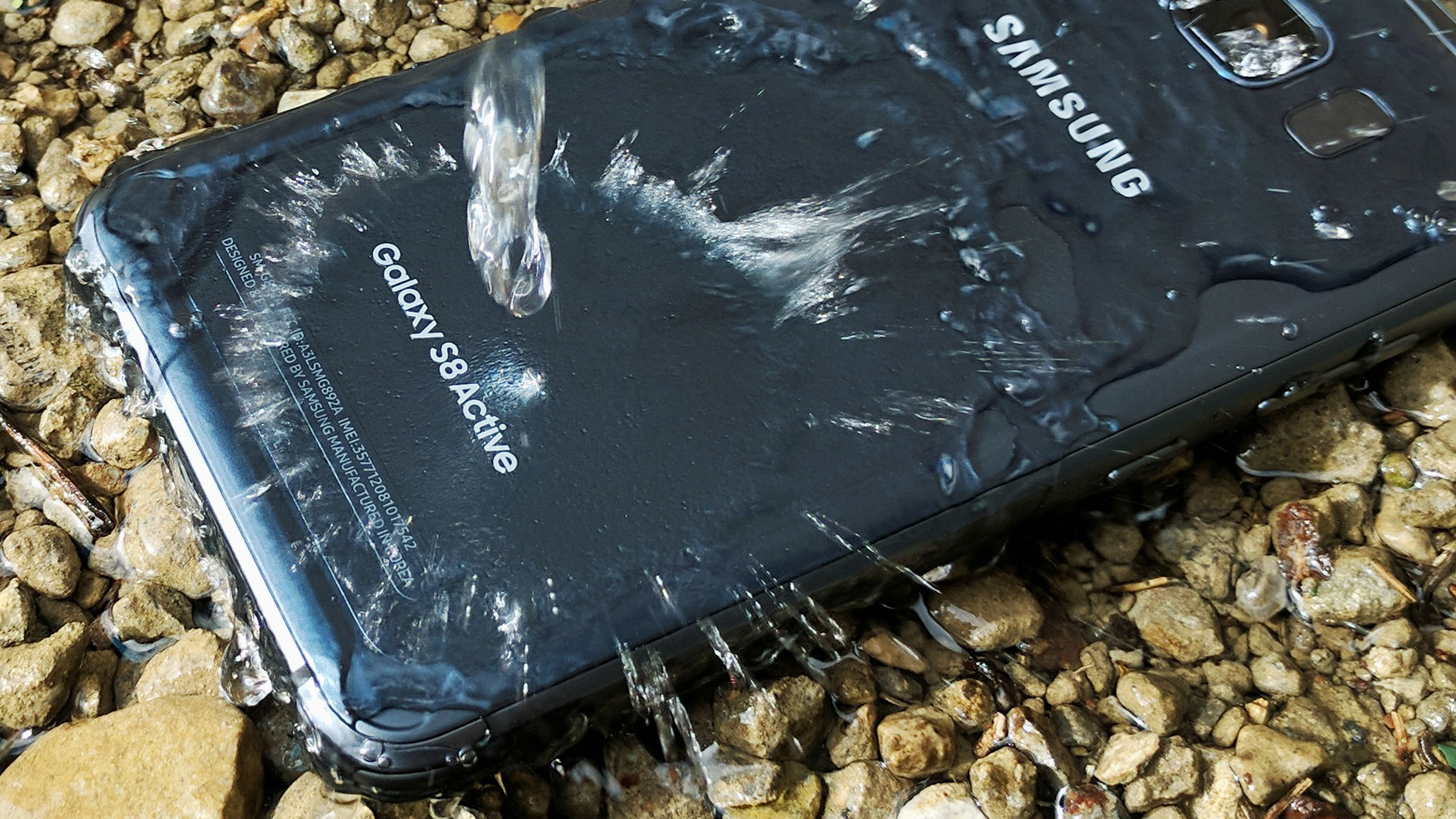 Be careful in reading too much into these words. Don’t look at the S8 Active as an improvement or enhanced version of the flagship phone. It is, to a degree, a souped-up model in areas. But, what it loses, is everything that makes the Galaxy S8 so sexy. The beautiful body, sleek lines, and all of those premium materials are absent here.

Also, the display is protected by a special film or plastic that is prone to pick up scratches. This is one of the trades you’ll still make when dealing with a rugged phone. The glass is shatter-resistant, and will stand up to drops… but. 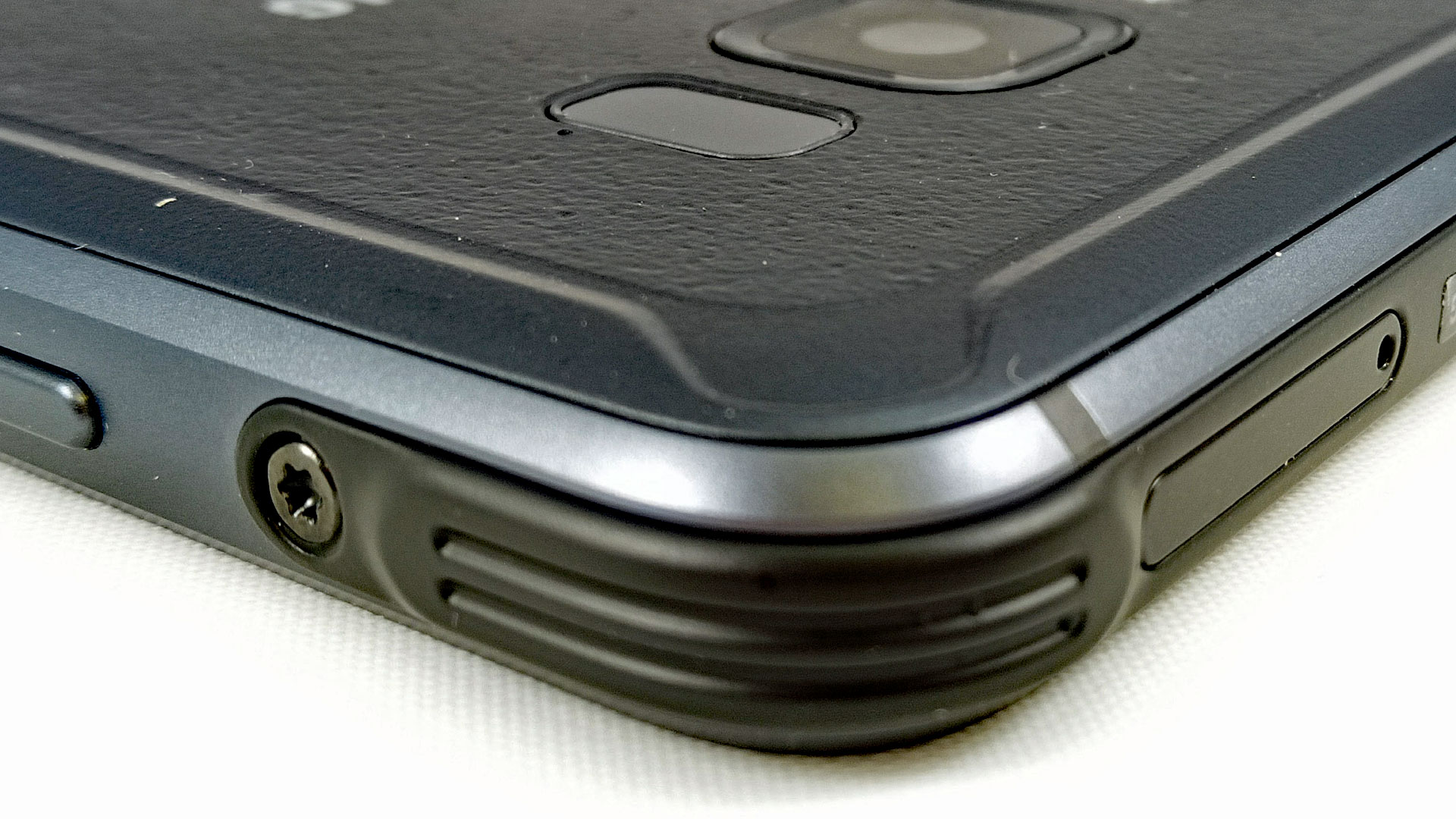 The top layer absorbs the scuffs and scratches of life and will show up over time. To us, though, we’ll take that any day. Nothing beats the peace of mind in knowing with almost 100 percent certainty that a dropped phone is going to look okay when we flip it over. Samsung says the S8 Active can withstand a 5-foot drop.

The Galaxy S8 Active is also heavier than its flagship counterpart. In fact, it’s even heavier than the Galaxy Note 8. There’s serious heft to it. 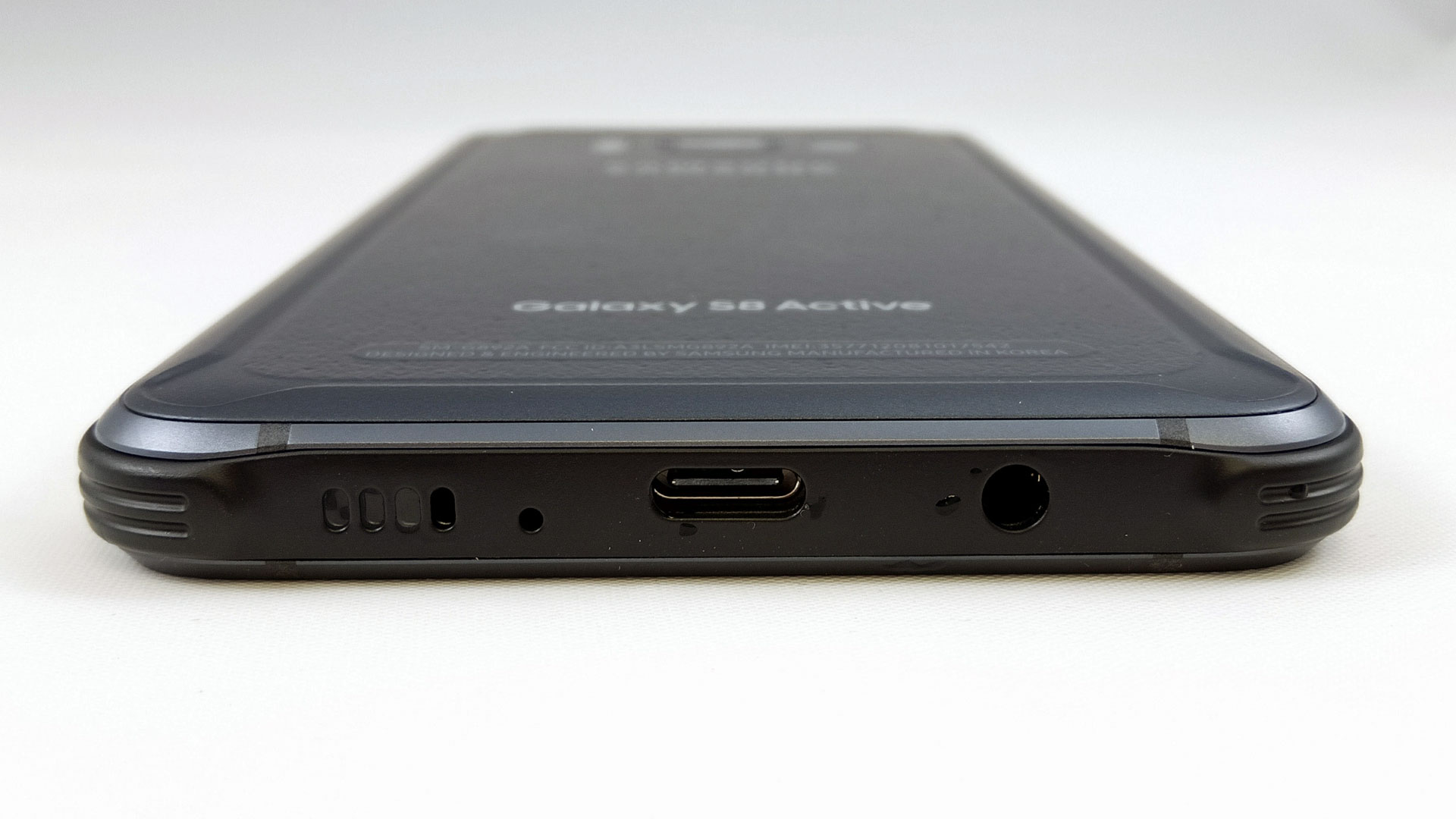 Realistically you could expect to get two days of average use out of the S8 Active. Mileage varies, to be sure, but we’ve come to appreciate this much life and we think you would, too.

In the area of cameras, the S8 Active’s setup is identical to the one in both the Galaxy S7 and Galaxy S8. Specifically, it’s a single 12-megapixel sensor with an f/1.7 aperture. As we, and others, found with this to consistently deliver bright, sharp photos with a great level of detail. 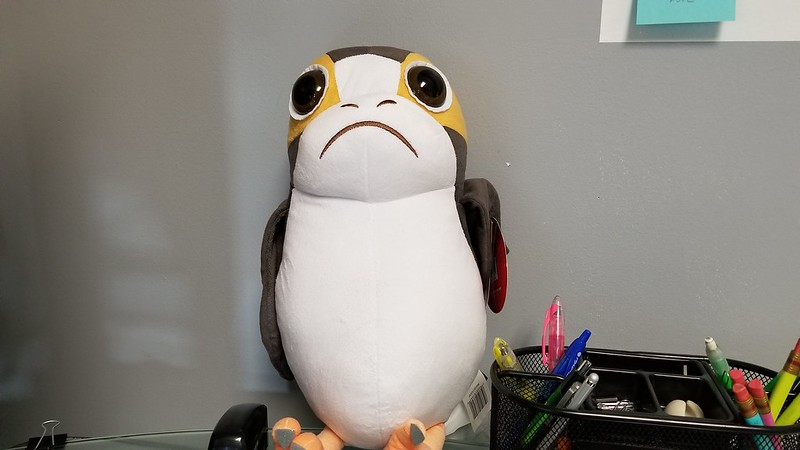 The software is a real winner, too, thanks to a variety of shooting modes such as Selective Focus (DSRL-like bokeh) and Pro (manual settings for shutter speed, focus, and ISO). 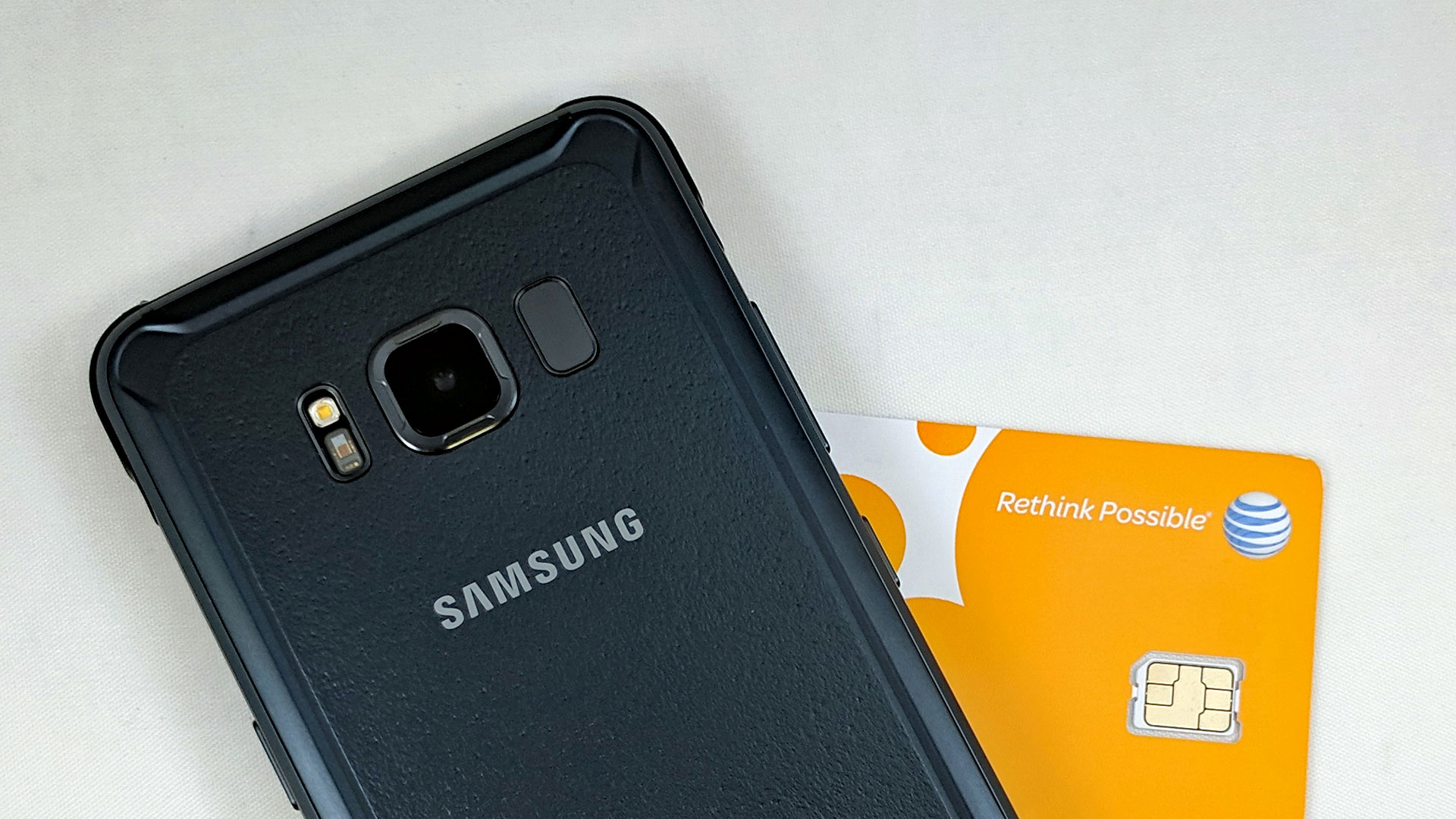 Around front, the S8 Active’s selfie-camera is equally solid. The Wide Selfie is a neat trick which lets one snap panoramic-like shots. Samsung’s augmented reality (AR) stickers are similar to what you get in Snapchat and Instagram and make for a fun experience.

One of the other downsides to the Galaxy S Active line, thus far, is that it is exclusive to AT&T. This means you’ll end up with the carrier’s preloaded apps and services. To that end you can look forward to nearly one dozen titles. 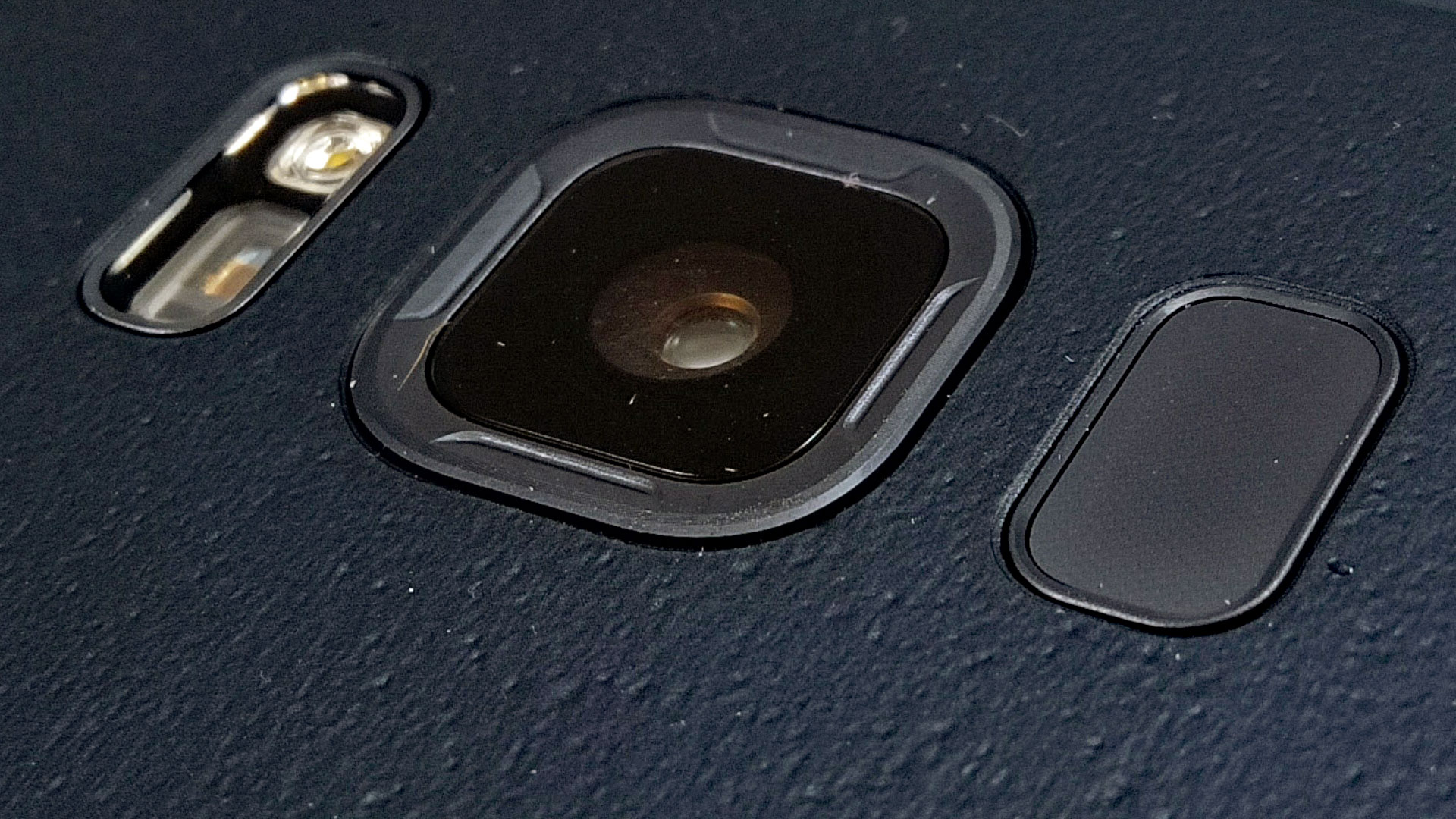 You can uninstall or disable most of them, but you’ll have to find a way to hide the others. That is, of course, if you don’t want to see them. If you’re an AT&T fan through and through, you might find value in them. As of the time of this review we understand that T-Mobile may soon offer its own take on the Galaxy S8 Active.

The Samsung Galaxy S8 Active is pricey. With a sticker of $850 it falls on the high end of what smarphone makers command. It’s $100 more than the flagship model and the same cost of the Galaxy S8+ when purchased through AT&T. Go unlocked, though, and the S8 Active could be much more costly by comparison.

We definitely won’t list this phone among the most beautiful or sophisticated designs. It’s downright ugly, boring, and blocky when compared to others. On the other hand, it is better looking than its predecessors. We’re surely not the only ones to appreciate that Samsung left the camouflage off this year’s model. 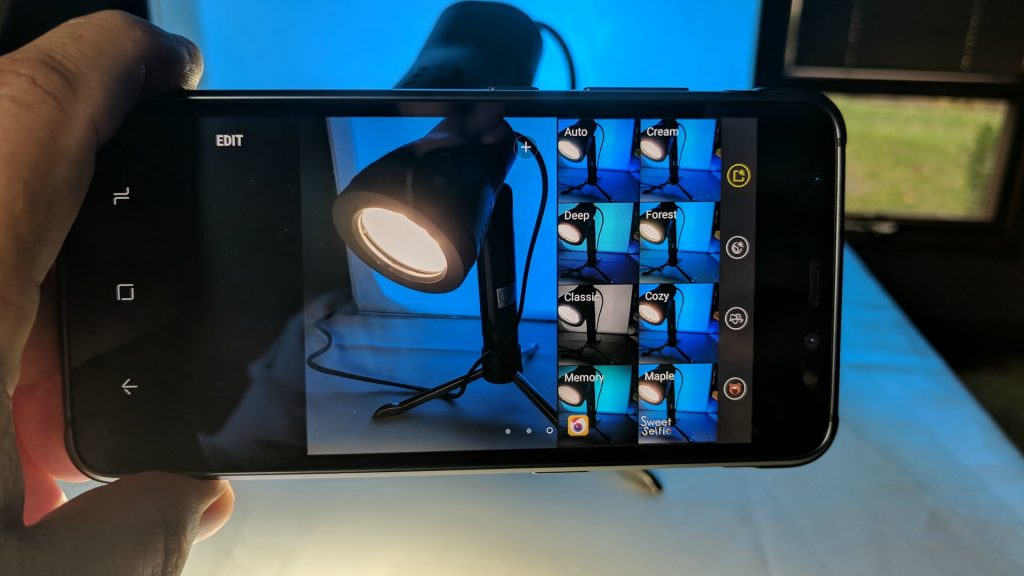 Don’t purchase the S8 Active strictly on the merit of a larger battery. Do consider it, however, if your needs call for a phone that withstands abuse. Have young children in the house? If they expect to get to play with your device, you’ll want the peace of mind that comes with a shatter-resistant display.

If you’ve grown accustomed to having a rugged phone over the last few years, the S8 Active is a wonderful step up from your older model. A lot of people hold on to their handsets for 18-24 months; this phone is much improved over what was available at that time.