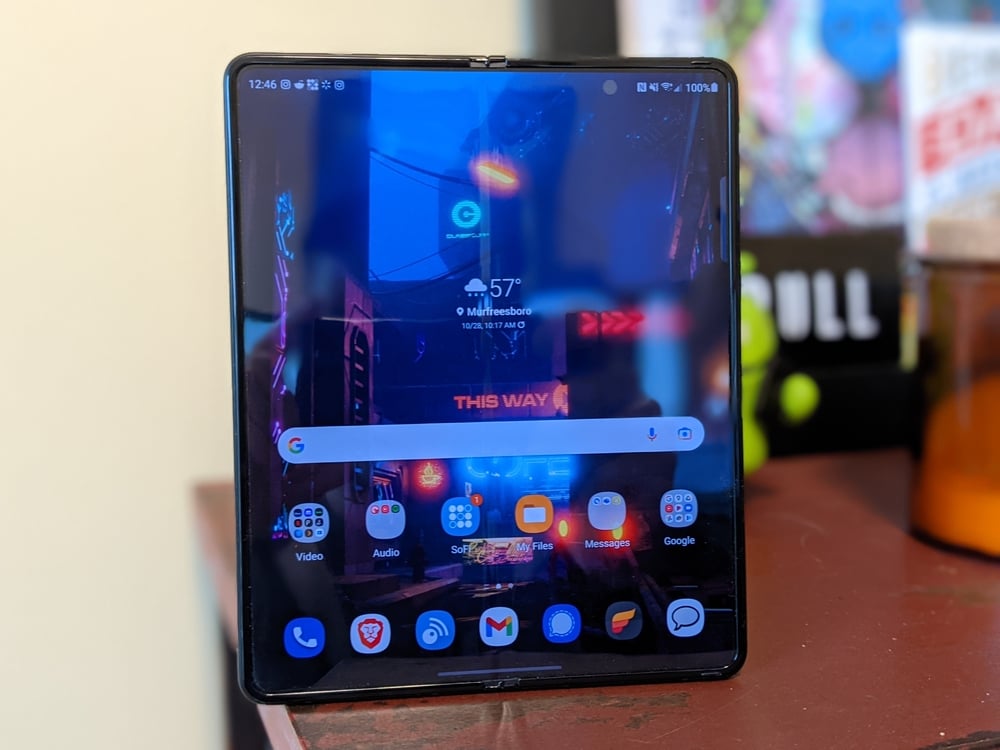 Samsung has always been open to experimental form factors. The first Note series is a good example of the Korean giant hitting on something that wasn’t immediately met with positive reviews. The Samsung Galaxy Z Fold 3 is an evolution of that mindset.

Our friends at AT&T loaned us this latest edition. I was very intrigued on if my time with the Fold 3 would lean towards a similar reaction of this form factor is a trendsetting device. I think I’ve come to my conclusion in this full review.

The highlight of the Galaxy Fold 3 is very much the physical design. The wonders of technology are evident here for sure. Let’s start with the biggest part… literally. The folding screen is made of a flexible reinforced plastic screen. It’s a dual-layered 7.6-inch panel running at a 120Hz refresh rate.

That’s not the only screen though. On the front of the Fold 3 while folded, is another 6.2-inch display. Essentially, you get a very tall, skinny “regular” phone while the device is closed and a “smallish” tablet close to the size of the iPad Mini while open.

To create the fold you have a T-shaped, capped hinge. This houses the mechanisms to allow the unit to collapse safely into itself. While it looks trivial this truly is an engineering marvel to me.

Internally, you have some heavy horsepower. The Samsung Galaxy Z Fold 3 is powered by 12GB of RAM and a Snapdragon 888 5G SoC. Paired with 256GB or 512GB of storage and you have a monster device ready for anything.

The Fold 3 is a beast and it feels like it. The folding phone is a weighted tank in your pocket and chunky sitting on a desk. The best comparison is you are essentially carrying around two tall, skinny phones all the time.

One side has an array of buttons including the side-mounted power and fingerprint scanner along with volume keys. Around the other side is a lone SIM slot. At the bottom of the lower portion of the folded device is a single USB-C charging port and flanking the top portion is dual speaker grills.

The main camera of the Fold 3 is a triple array 12MP shooter. I honestly had a love-hate relationship with the lens while using the Fold. My best evaluation is inconsistent. I found that it can make decent shots under the right environments. 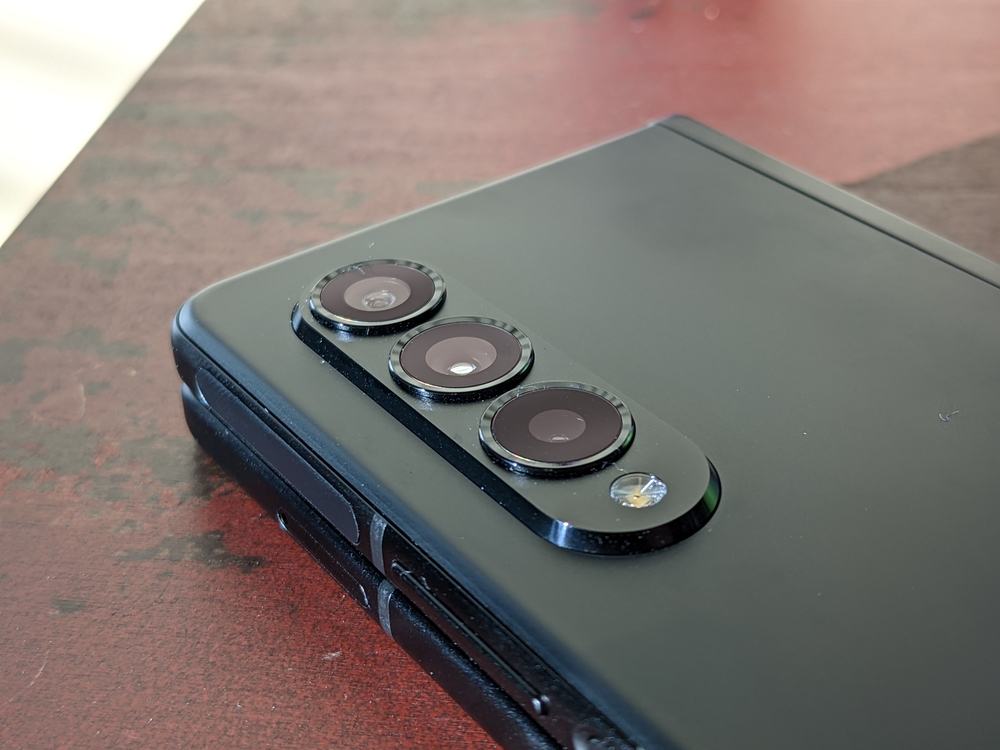 Outdoors in good lighting, the main camera can capture shots that have good coloring and sharp focus. Once you leave these ideal conditions, shots are a mixed bag. The images become less crisp and coloring less consistent. At times they even come out blurry like something is on the lens when it’s clean.

To keep the price down on an already expensive $1600, I’m sure Samsung made concessions here. However, on a third-generation model, I expected more. Samsung is established enough in the market that I think could have used a better sensor here.

You do however have the flexibility of telephoto and widescreen for additional shots. Both work decently just like they should. Telephoto helps when using portrait and the wide camera works great when you need to take in a better landscape capture.

At first glance, you may miss the front-facing camera. That’s because Samsung has cleverly hidden this under the display. You can see it more clearly when the screen is on, but with certain backgrounds, the camera does blend it well.

The sensor is only 4MP which isn’t great, but the company anticipates users taking the occasional video call only. For this instance, it’s more than adequate. I took a few Duo and Zoom calls and had zero issues. Honestly, in the world of bad laptop webcams, this one on the Fold 3 is more than enough.

There’s also another front camera for when the device is closed. If planning to go with a social media selfie, this is the sensor to take advantage of. This 10MP lens is much better suited for anything outside the realm of the occasional video call that the larger screen being open might benefit.

Software and general use

It’s been some time since I’ve used Samsung devices regularly. I was pleasantly surprised by how much I enjoyed using One UI in its current form. The touch elements are all well thought out and built for larger displays that dominate the market even outside of the Fold 3. Honestly, many of the tweaks are now evident in the latest Android 12 release from Google. 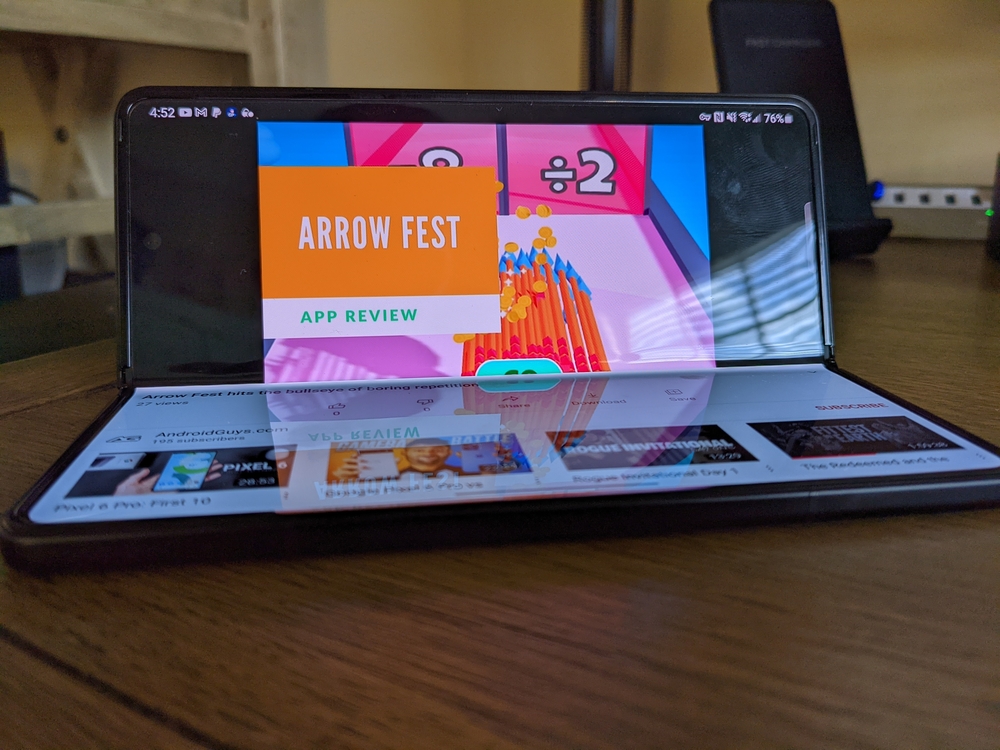 But that doesn’t even talk to the Galaxy Z Fold 3 and some of the real treats Samsung has included. First is viewing mode that allows you to keep half the screen at a 90% angle while viewing video apps like YouTube. This creates a great base for watching content without the need for a second stand. It is a great way to leverage the folding abilities of the Fold 3 even if it limits the video to only a portion of the screen.

And that leads to the crux of my time with the Galaxy Z Fold 3. I have consumed considerably more content while using this device than any other phone or tablet I’ve owned in the past. The sheer convenience of essentially having both in my pocket at all times greatly influenced how I used it.

This has led to more YouTube and video binging. It’s rekindled my love of comic books. Reading documents is even better with the ability to split screens multiple ways. Overall, I’ve been impressed on how this has changed a usage spike I just didn’t see coming.

You can even add functionality with S Pen compatibility. We didn’t have this in our test kit but all signs point that this functionality is just as good as the Note line. I could easily see Samsung finding a way to include this in the next generation. Maybe they could use the void around the hinges to tuck away an S Pen? 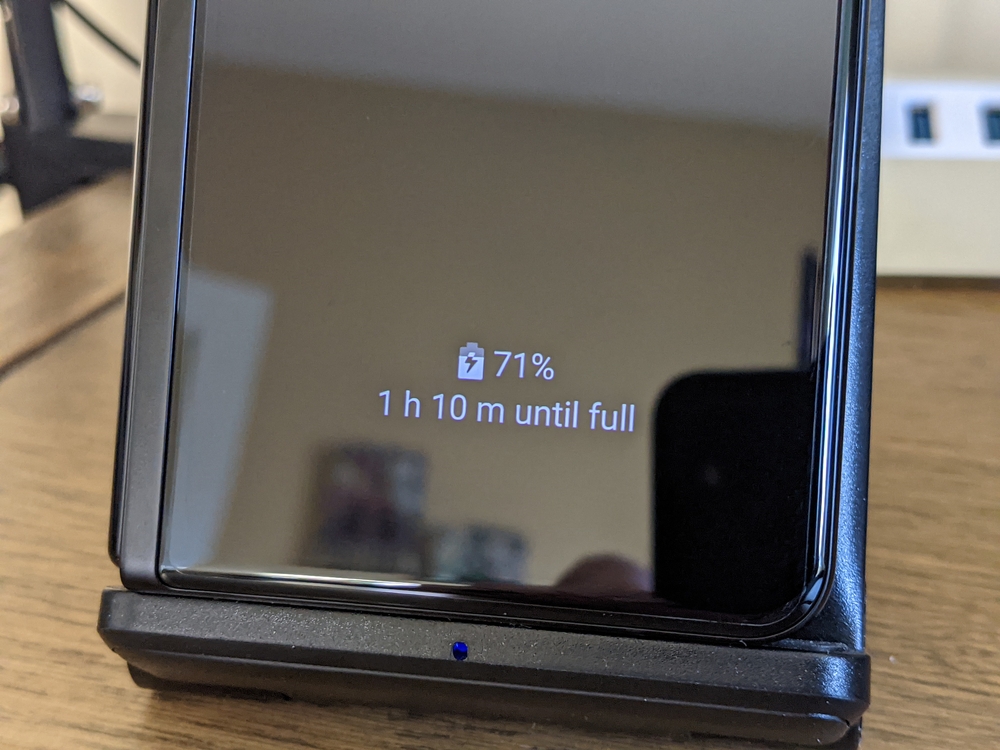 Battery life has been average. Most days it will get me through a full day with no issues. If I’m out on a weekend and consuming more content, I had to hunt a charging a few times to top off the 4,400mAh cells. With this powering 3 total screens, I don’t find this an Achilles heel and expect Samsung to engineer ways to add to this capacity as tech evolves.

When you do need to top off the power banks all the normal culprits are here. You have both wired and wireless quick charge options. with the right combinations, you can charge to 50% in around 30 minutes or get a full charge in under 90 minutes.

I went into this review fully prepared to label the Galaxy Z Fold 3 as another gimmick device. I couldn’t have been more wrong. Now I’m literally contemplating if it’s my next personal smartphone. The instant flexibility in form factors packed into a single unit is enticing.

However, with that said. It’s not for everyone, and at $1800 full retail at AT&T for the 256GB model, it’s far outside the impulse purchase. If those things keep you timid to pull the trigger, I get it, but the Galaxy Fold 3 truly is a smartphone in its own league that deserves your attention.